Itï¿½s a known problem on racetrack for exiges and 211. everybody who has taken apart the gearbox, can see the gearbox is not really build for more than 220 bhp. martin from www.jubu-racing.at constructed together with BMW motorsport supplier a set of stronger gearwheels to solve the problem .
you can find more infos at www-jubu-racing.at 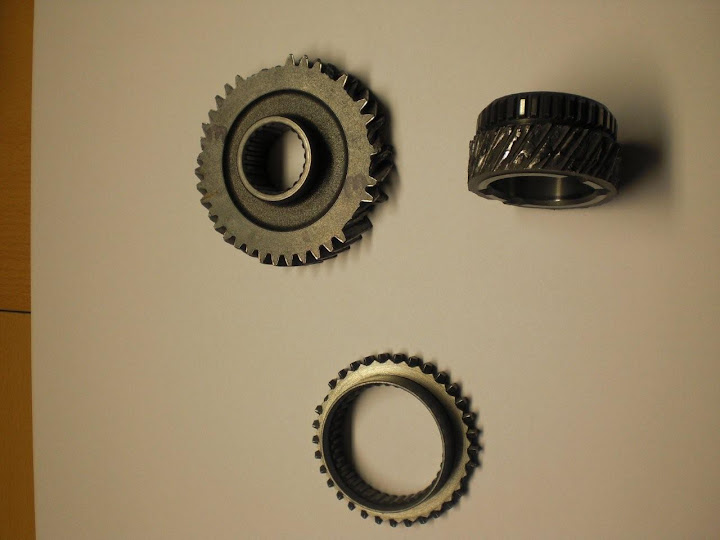 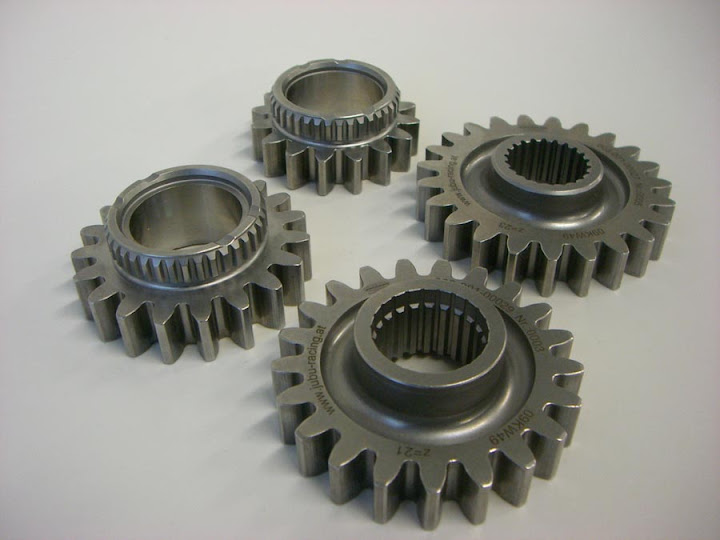 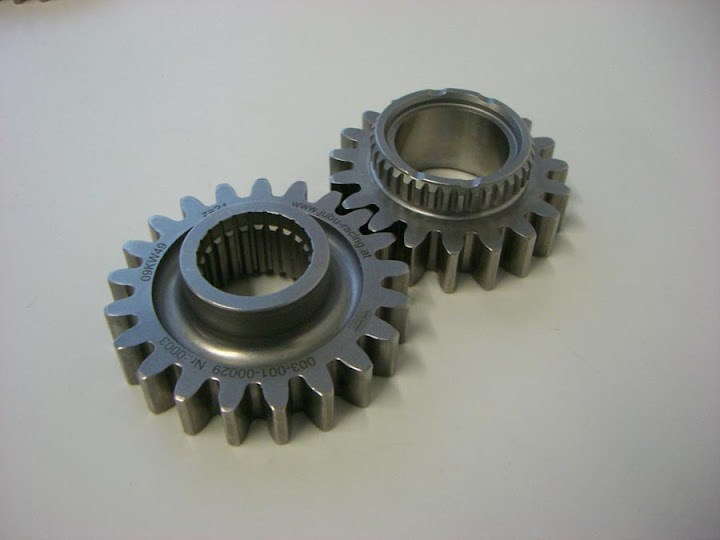 I am currently trying to buy a set from Martin, but at present he is out of stock and has no stopped replying to my emails

Do these have syncros?
Or does straight cut not have them?

To be honest I donï¿½t know.
Looks like nearly straightcut.
But Martin knows more - aks him, he constructed for month, because his teamcar broke gears several times and no one of the LCE guys had solution for the problem. only dogbox, but its expensive and brings 30kg penalty.

Looking at the photos they are still synchro parts. The cone is a spline fit on the gear.

God I was scared for a second there, but I will try them and see how it goes, getting more excited I want to drive mt car again in anger

One thing i didnï¿½t mention:
The teeth of the gearwheels are designed to compensate the relatively high flex of the long and weak shafts. They really thought a lot before designing and producing the parts.
They are not really cheap, but these parts can save a much more expensive gearbox life. So i think its worth to think about it, as i saw lots of tuned exiges fail because of gearbox problems.

Mine went last year at Spa, lost a half day and had a very noisy time driving home, this is why I am buying them and designing an oil cooler solution as well

theirs is just too expensive

You sure your gonna be OK with straight cut gears ade. I guarentee you will hate driving your car on the road after you have fitted them. They are sooooo loud!!!

Well there is only one way to find out, hope to have them soon, now to try to find another 2nd hand gearbox

These are available in straightcut and “non straight cut”
Lots of noise doesnï¿½t come from gearwheels, but from some short ratios that are not produced high-end (drove one in the past)
But will drive one with these gearwheels in near future and will tell you about. So far no chance for testing as we have lots of snow in Austria. I have cross-country-skiing-slope in my garden

Ok so they now do a stronger gearset that is not straightcut? Are these available Martin is very slow responding to emails, I want to order and pay him money but it seems he keep ignoring me

It seems I can buy them from the US as they have stock!!! and even of these new non straight cut

I can 150% tell you that straight cut gears are super noisy. It is the fact that they are straight cut that makes them noisy.

However the advantage is that a straight cut gear is a hell of a lot stronger than a helically cut gear.

I have had several cars with straight cut gears and I hated all of them on the road.

Sean is correct. Straight cut are guaranteed to be noisier than helical due to the way in which they mesh. They are typically stronger because they use a larger module (thicker teeth). Helicals mesh in a progressive way where several teeth are contacting / leaving contact simultaneously due to the helix angle. Straight cut basically rattle into each other one at a time.

It is possible that someone may be able to make a stronger set of helical gears if they use a larger module for the teeth with a slightly lower helix angle. Quaife seem to do this on some of their helical kits but I haven’t seen a Toyota set yet.

we have done a cooler if it helps.

[quote=petere]These are available in straightcut and “non straight cut”
Lots of noise doesnï¿½t come from gearwheels, but from some short ratios that are not produced high-end (drove one in the past)
But will drive one with these gearwheels in near future and will tell you about. So far no chance for testing as we have lots of snow in Austria. I have cross-country-skiing-slope in my garden

I have dropped Martin an email about these non straight cut gears, I hope he replies soon with a sensible date for availability

have you seen the paint job? Wait till you see the new seats as well, due on Friday

Mad is my middle name apparently! Jacqui tells me