I’ve been persuaded to start a build thread of my Elise to Exige conversion.

Small bit of background about me and the project. I’m a 25 year old petrol head who grew up around cars and racing. Definitely not very mechanical or engineer-y, but I did study Car design at University and currently work as a superyacht designer, so have a base knowledge of things, but definitely specialise in making things look “pretty” rather than being an engineer.

I’ve had my current Elise for coming up to 3 years, buying it mainly for its spec, but I’ve always wanted an S1 Exige. After Dom at The Lotus Factory did some repair work on my front clam, he mentioned he was getting Exige moulds, once he got them I finally decided to take the plunge and do the conversion. I want to do the conversion as much on my own as I can, best way to learn and way to be most proud at the end of it. However, another thing to consider is the considerable lack of proper tools at my disposal, with Covid meaning I can’t pop round my parent’s to borrow Dad’s tools! This means that perhaps one or two (definitely more!) things may not be done quite right or perfect, but I’ll do my best.

I’ve never been a massive fan of the Motorsport Elise conversions and wanted my car to look as OEM as I could get it, with a few little changes to make the car personal to me, so I began months of searching for original bits, which you will see throughout the thread.

I do a lot of trackdays and was aware that Exiges are a bit heavier, so Dom made me up lightweight clams and I’m pretty sure my car will be the same if not lighter than my Elise was. I’ll add more details in the thread about this.

Enough waffle, here’s my lovely 1998 lightweight Elise before I began to ruin it and rip it all apart! 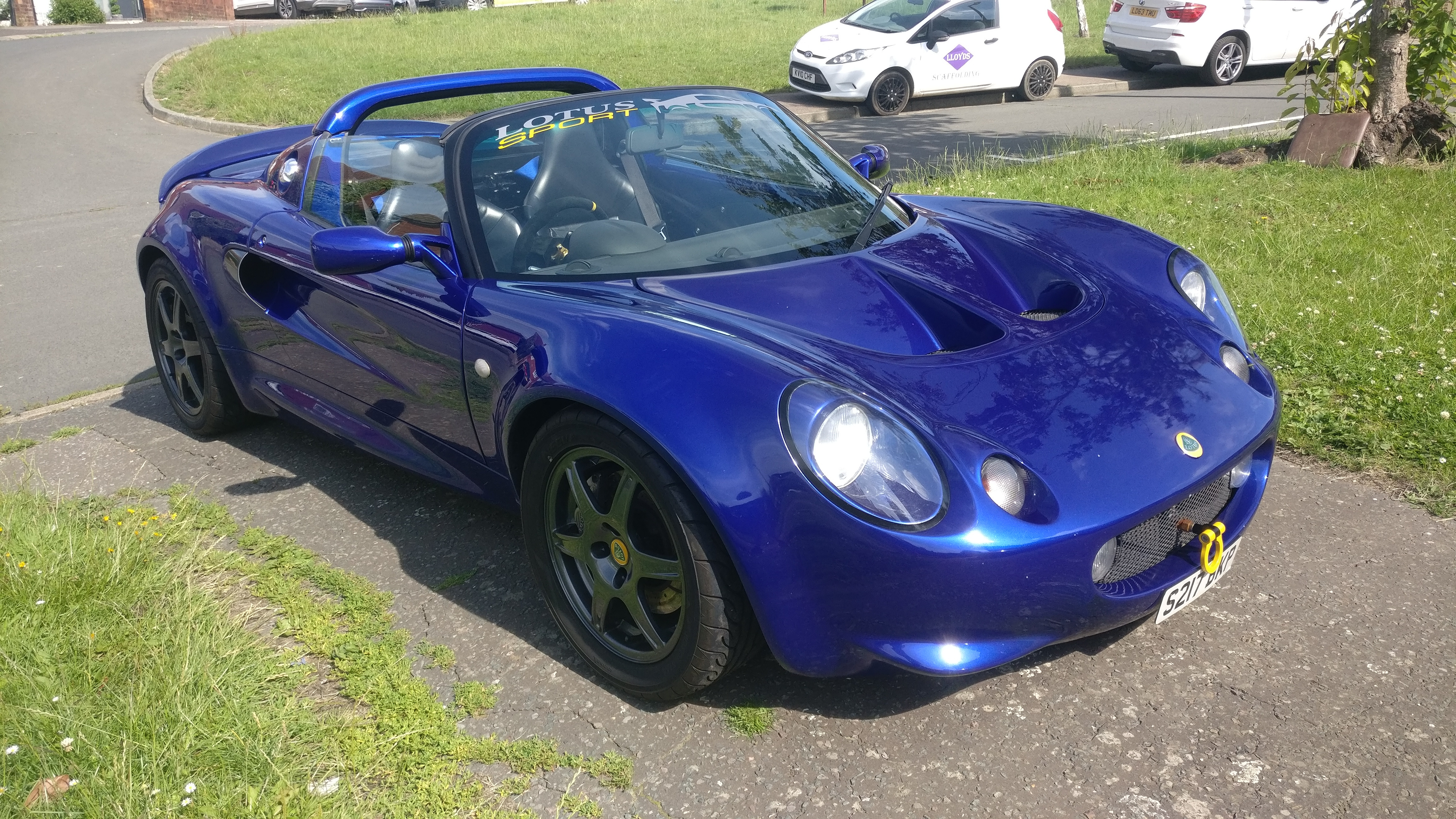 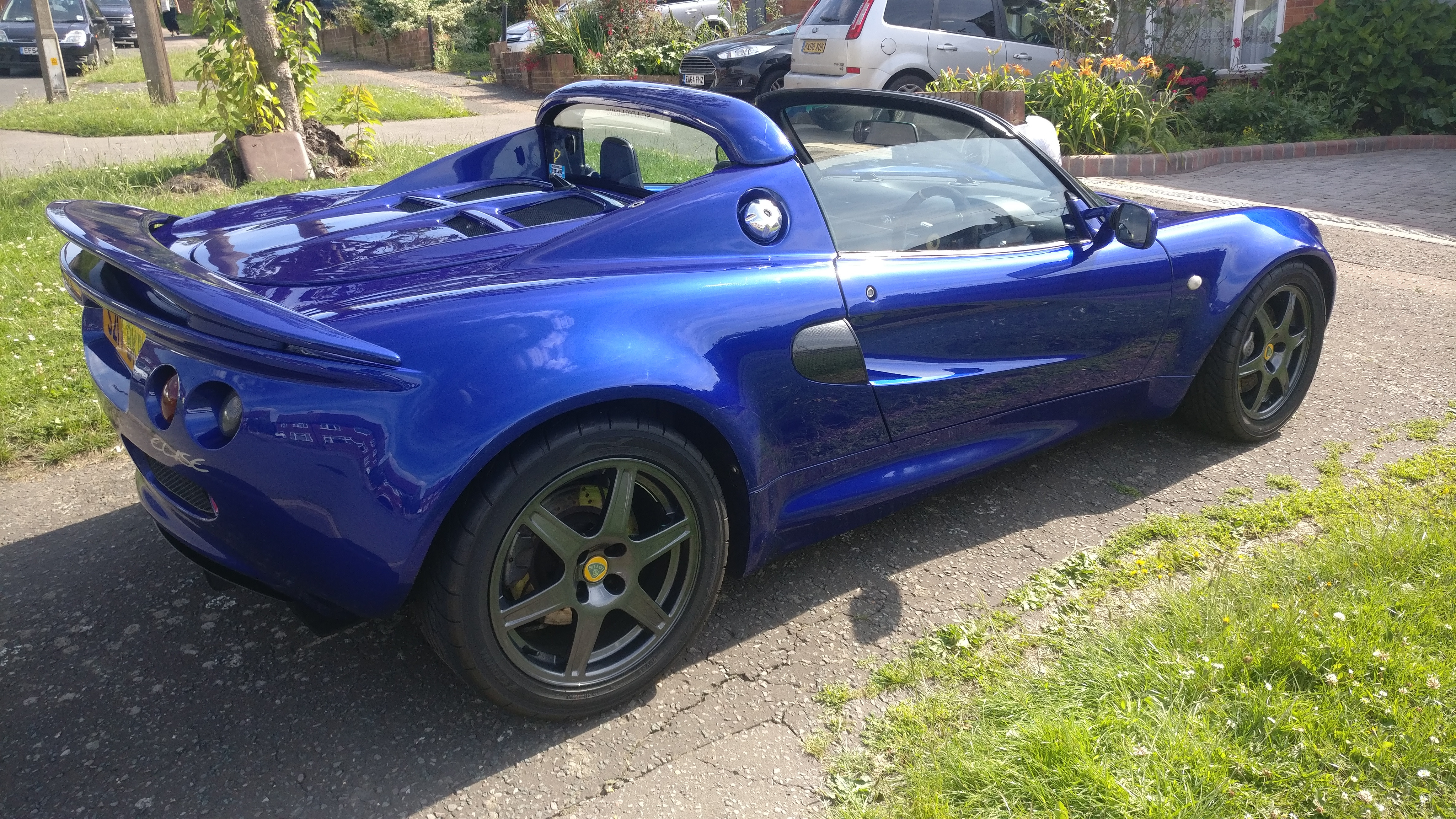 I am looking forward to following this thread!

I’ll try and trickle through the progress I’ve already done, otherwise would be a big chunk to post all in one go. But keep following, there’s plenty to come!

Are you keeping the blue or going for a different colour?

First stage was to source some bits, easier said than done!
Managed to get a genuine but damaged roof. Wasn’t to badly damaged but would require some dremel-ing and filling. 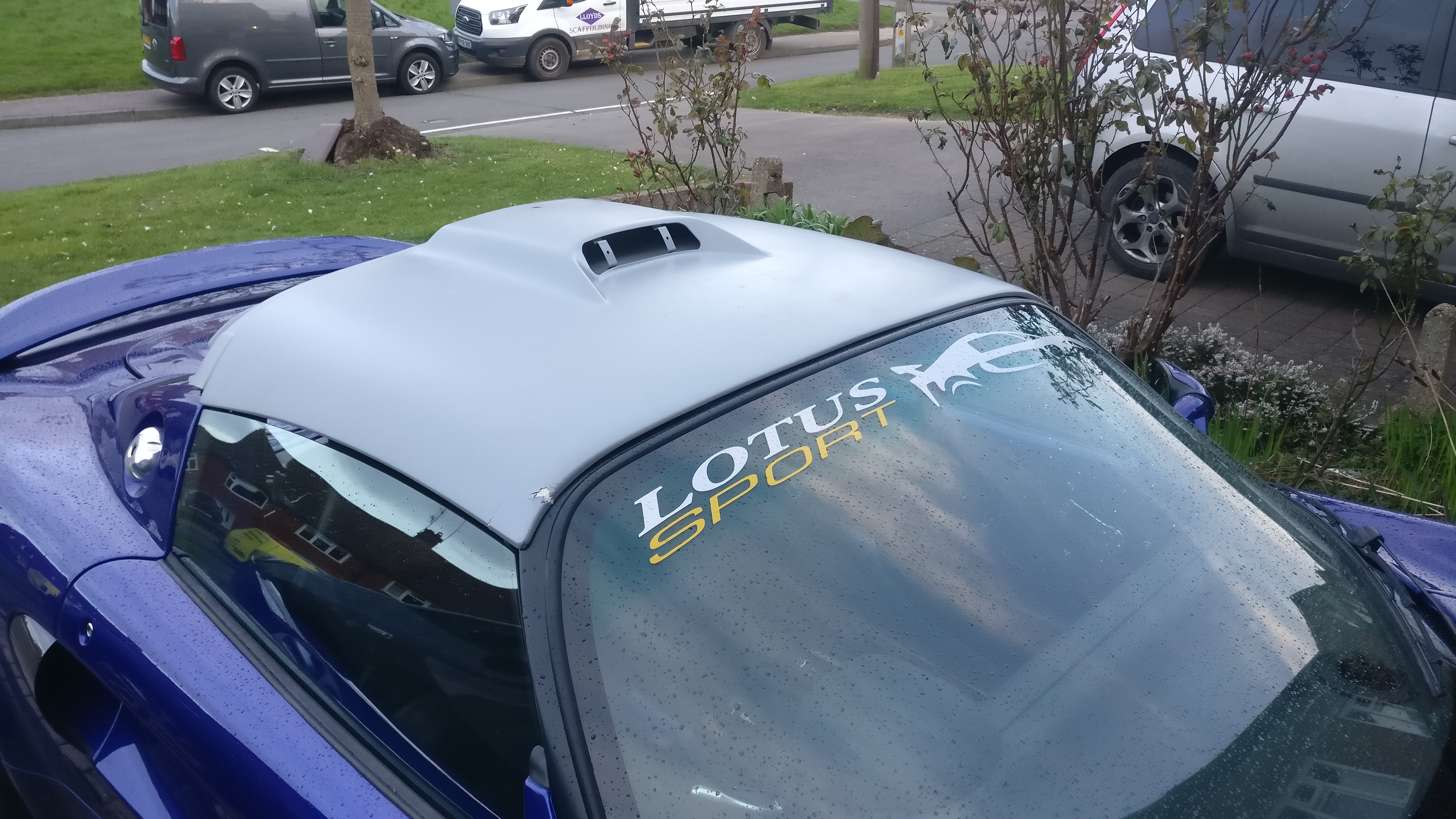 Now don’t hate me for this, but next was sourcing some VX220 window winders. My Elise ones had to go to eliminate all hints at what the car actually is, and I also think the triangle design works quite will with the rear spoiler support arms. 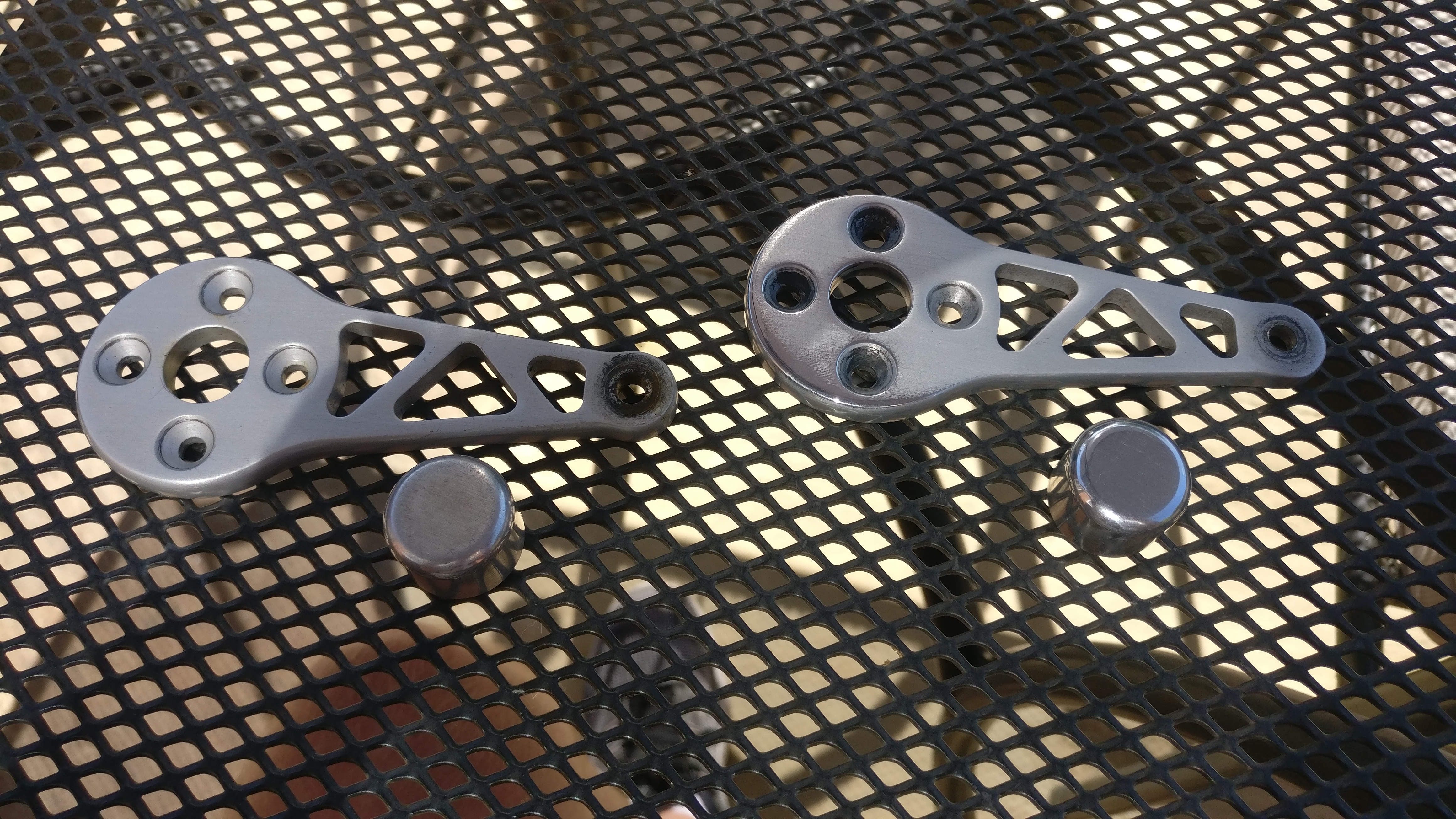 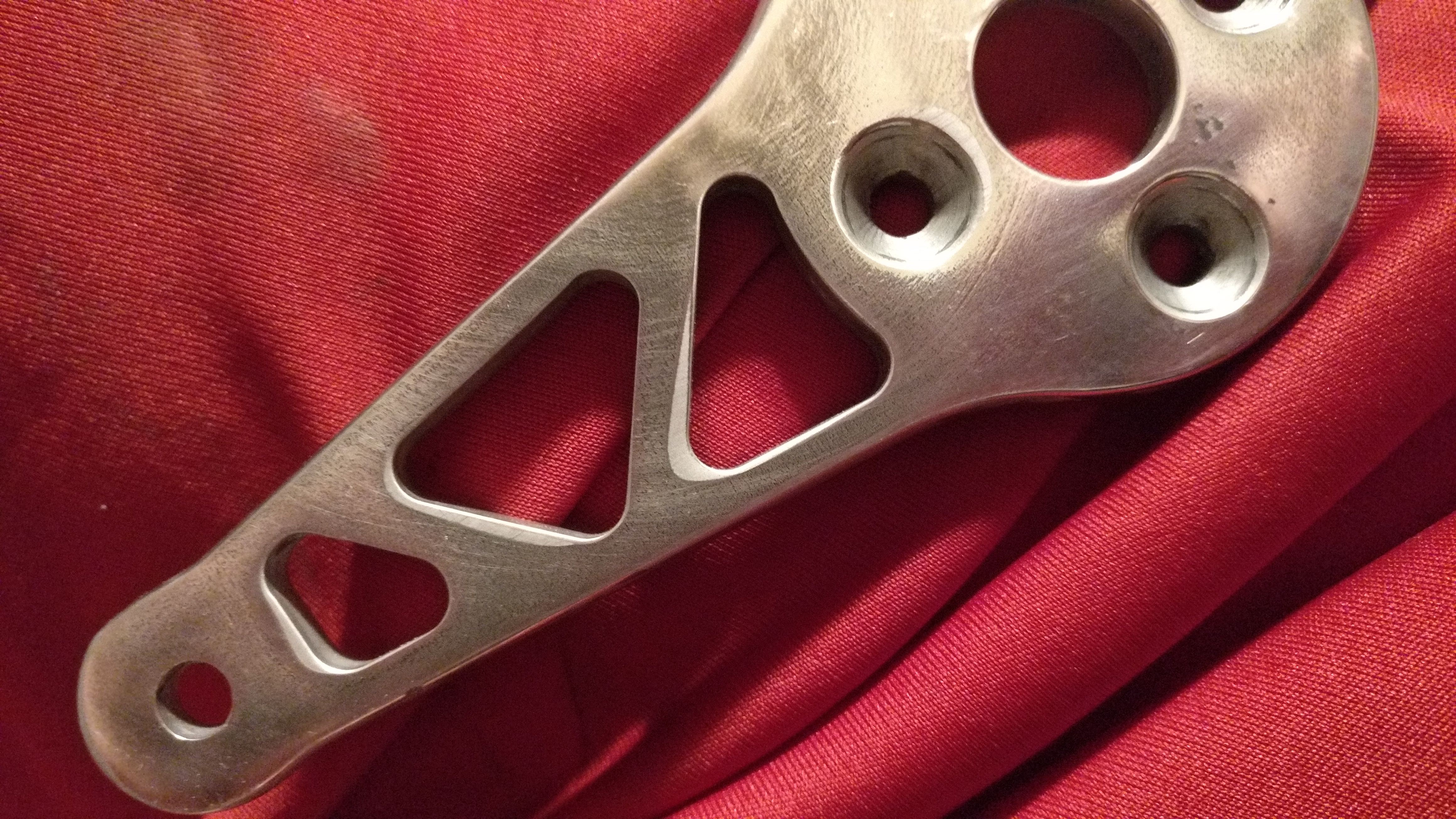 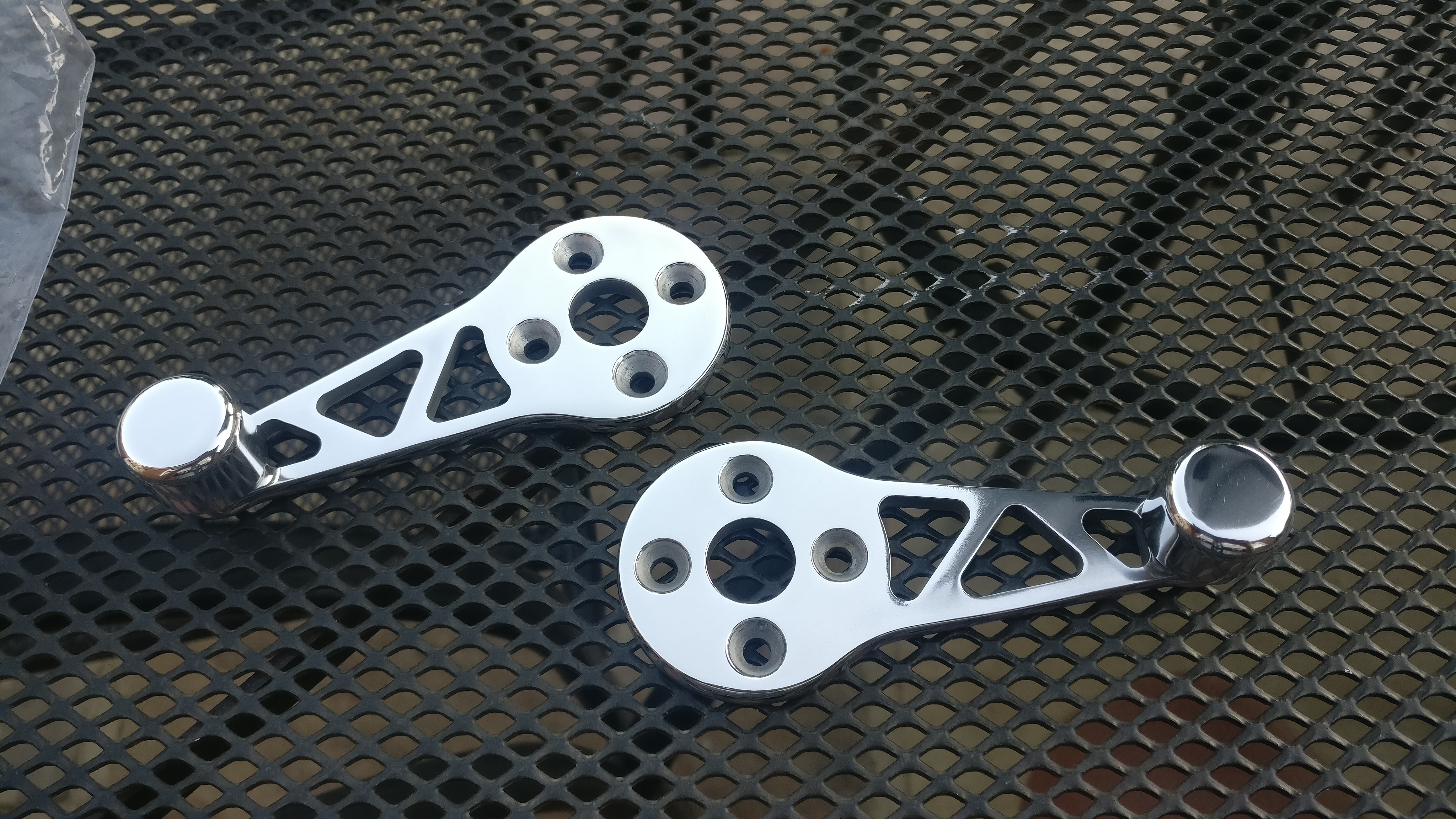 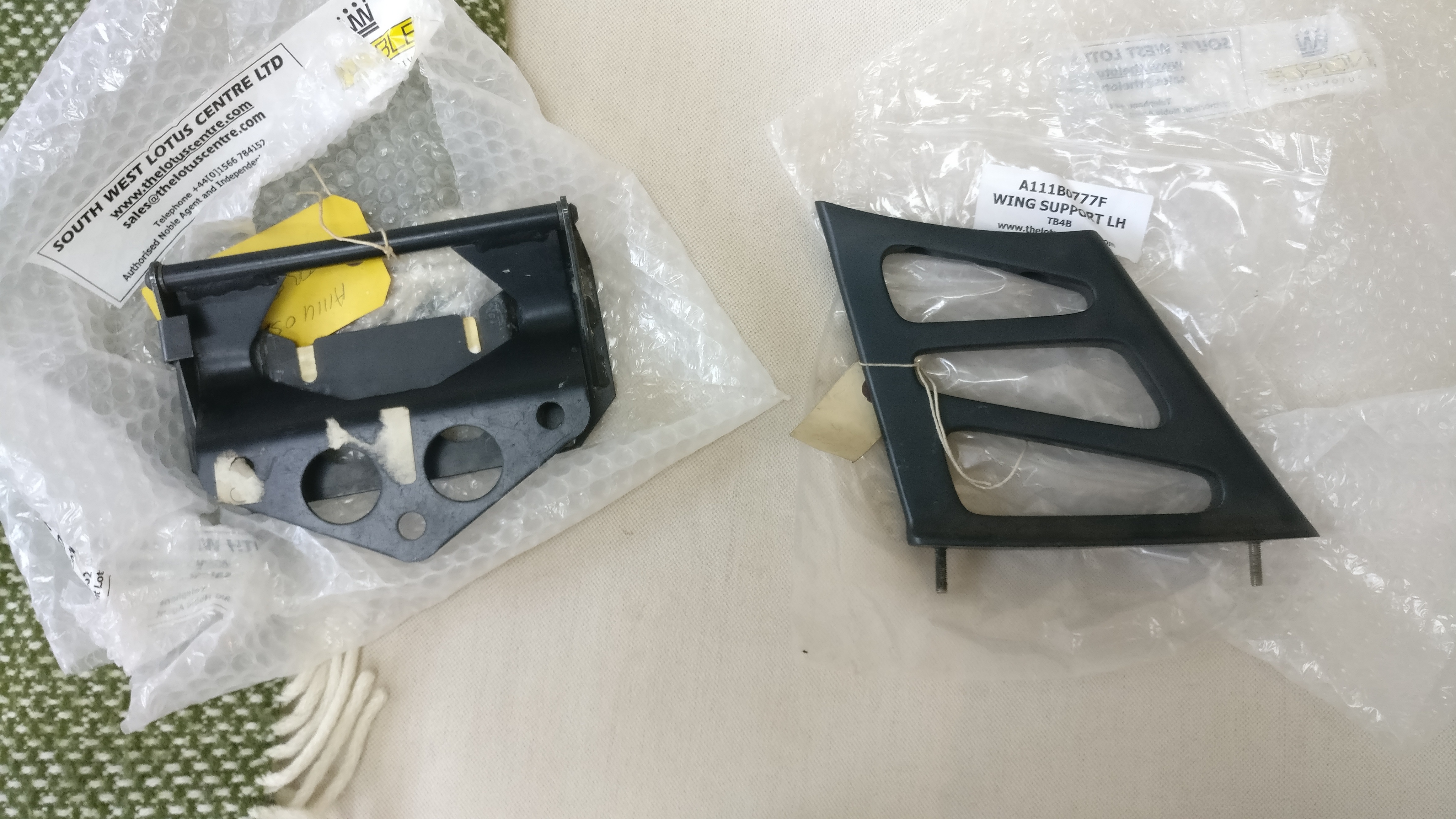 What seal did you use for around the roof - the OEM one? I believe it’s obsolete?

Next up where wheels. My lovely 111s wheels were sold and I was able to get some Exige wheels in great condition. They came with ZZRs that I gave to my Dad as a thanks for the deal he done me for his Rotas I’ll use as my track wheels.

When it came to tyres I really wanted the AD08R that I’ve been running since owning my Elises, not easy to get new now the AD08RS are out. I was able to find two 215/45/16 and two 255/40/17 AD08R, all brand new. I knew the widths were pushing it, but after a bit of research I found them to have pretty much identical circumference and diameter to the stock sizes, so took a punt.

I test fit the wheels on my Elise and they looked great. Rear tyres are close to the chassis but do not rub and don’t need a spacer. 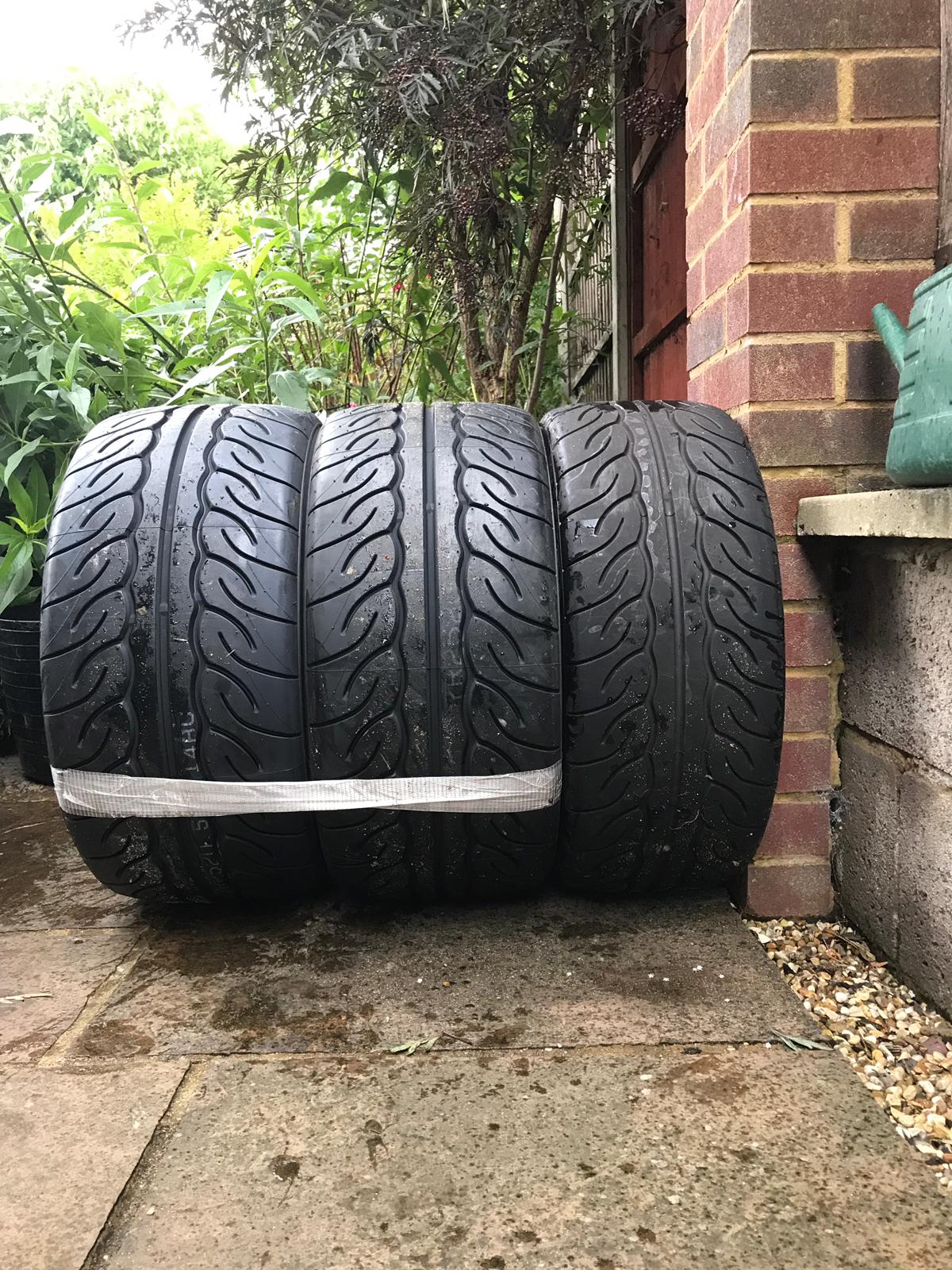 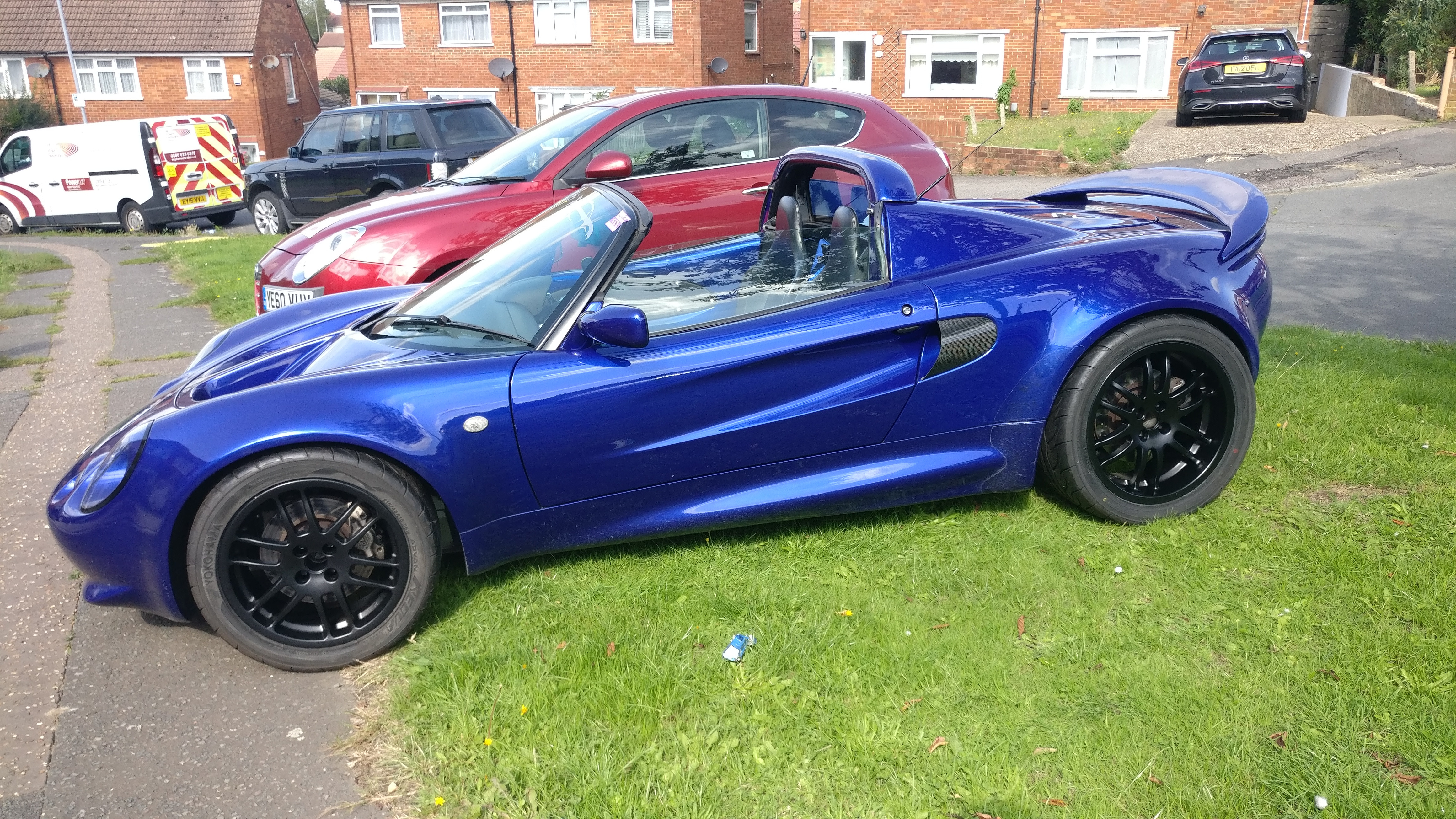 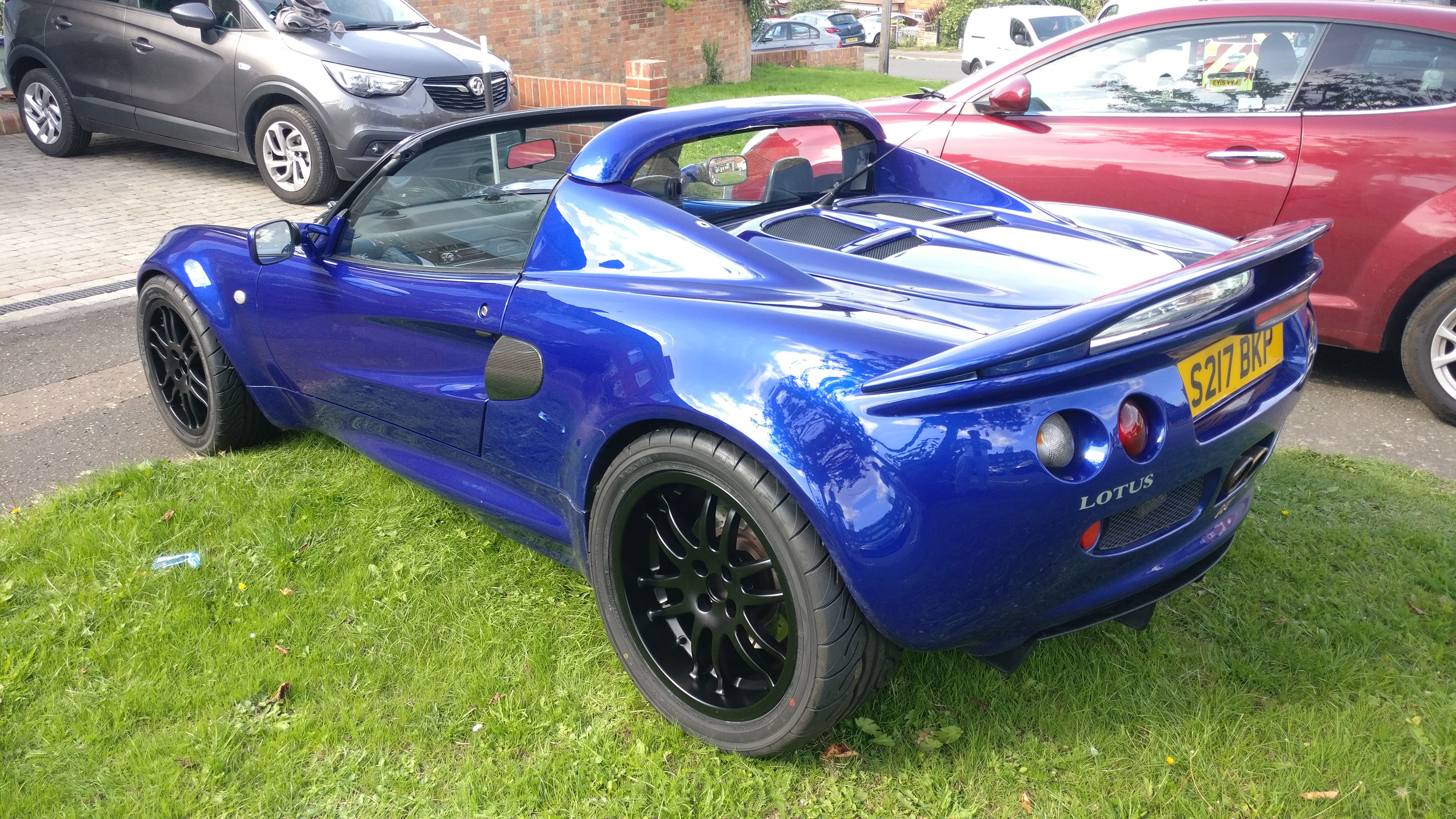 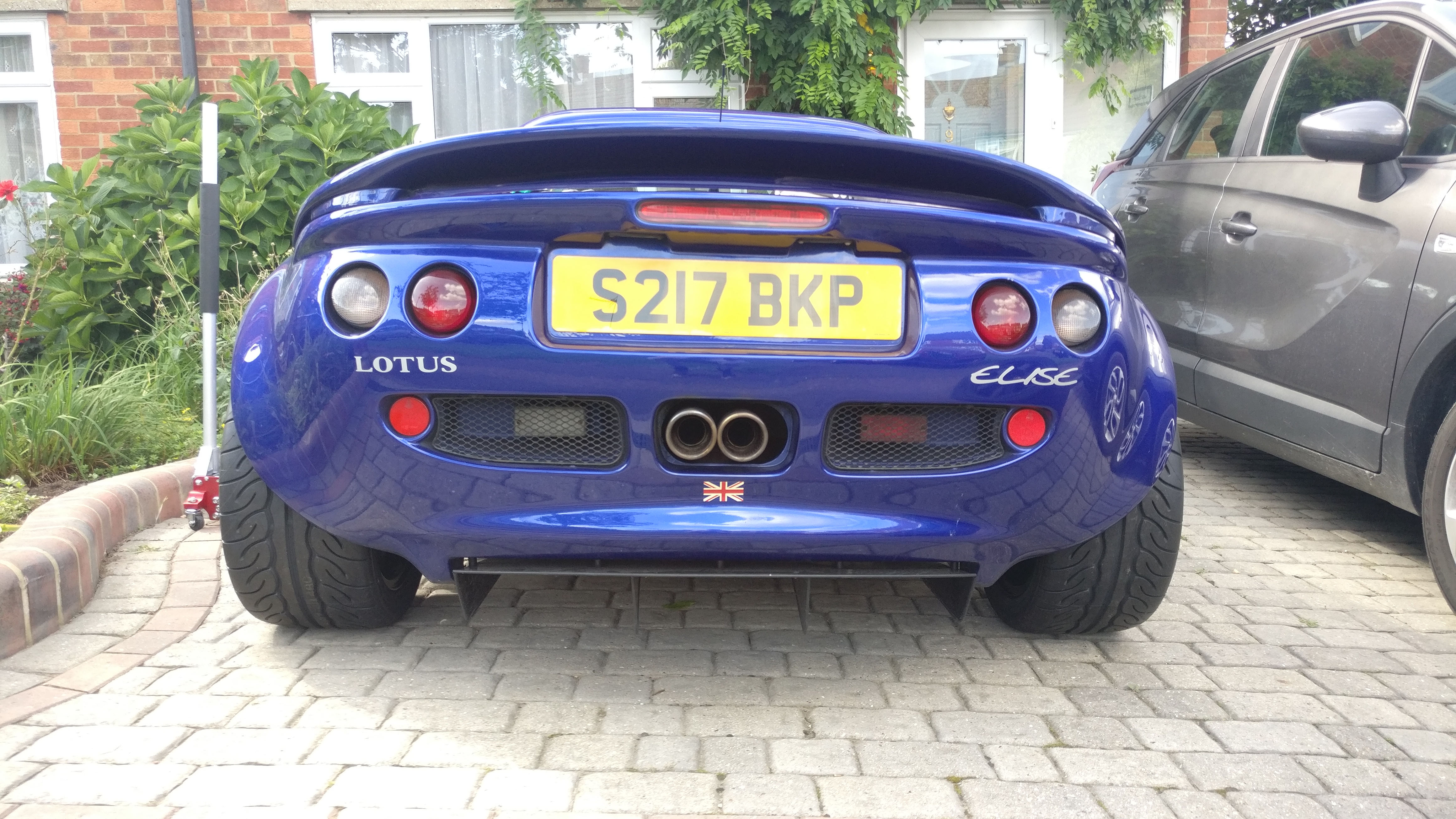 The Exige will look pretty mean from behind!

I had no idea the rear wheels/tyres were so wide…they look absolutely monstrous! 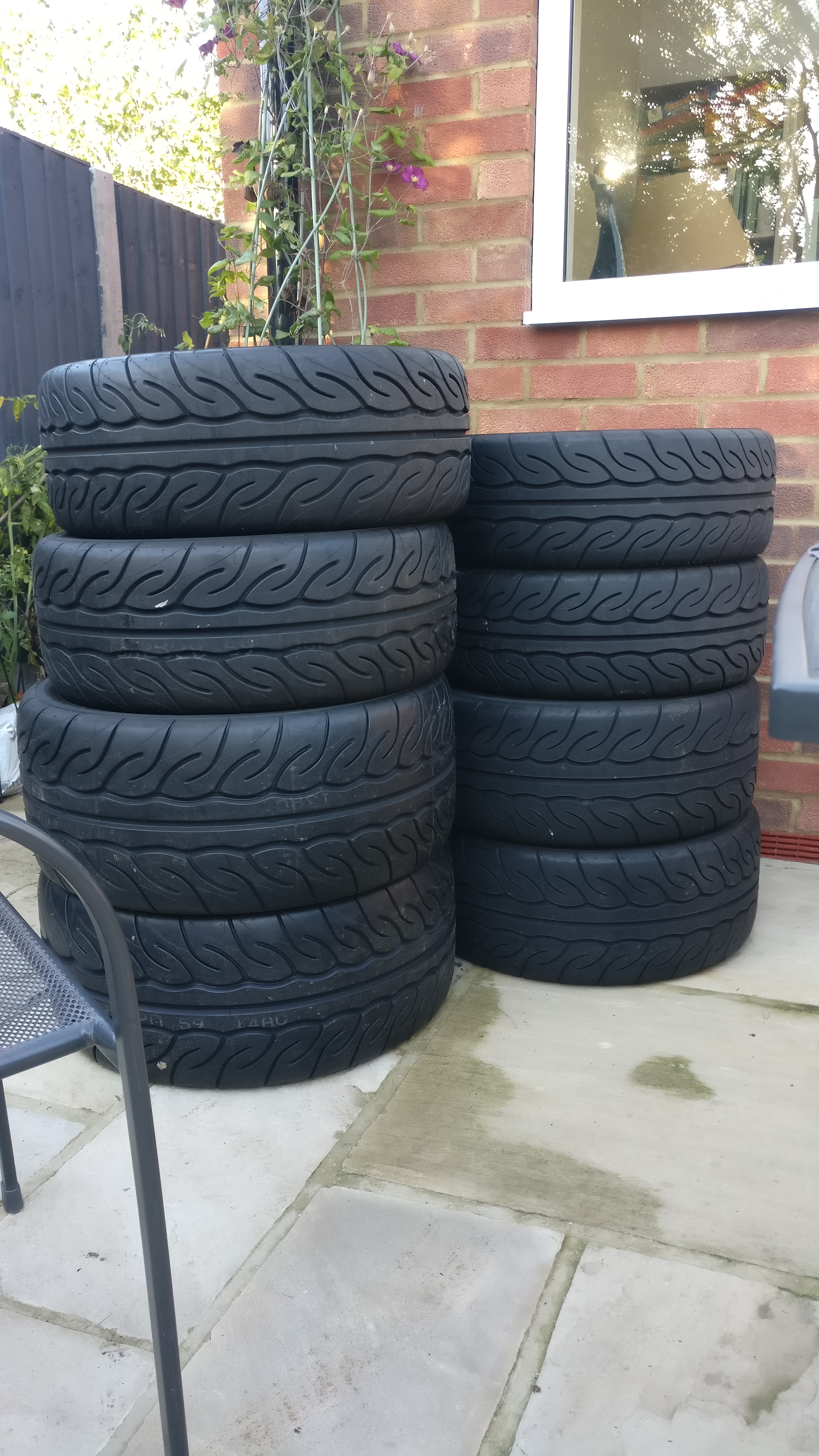 What are you going to do for the engine, the biggest part of an S1 Exige is the lumpy, stinky VHPD?

Engine is currently a PTP170 engine, recently dyno’d at 160hp and 133lbs. It is nice and lumpy but really needs an Emerald, which it will get when I install the throttle bodies, which will appear somewhere in the thread.
The engine has a Vulcan head which is really nice and thankfully wasn’t damaged from the HGF I had just before the conversion started. This is also another reason the engine will see minimal modification as I don’t want to spend another chunk of money taking the head all apart again.

There might be a few extra things I’ve forgotten, but does go well. Unfortunately the stock pistons and rods will limit this engine, but I’ll just make up for it by being a bit braver on track, that doesn’t cost anything at least!

Next up I sourced some side intake grilles. These were bonded to a clam so we’re a little bit hacked off, but as you’ll never really see this I wasn’t concerned. 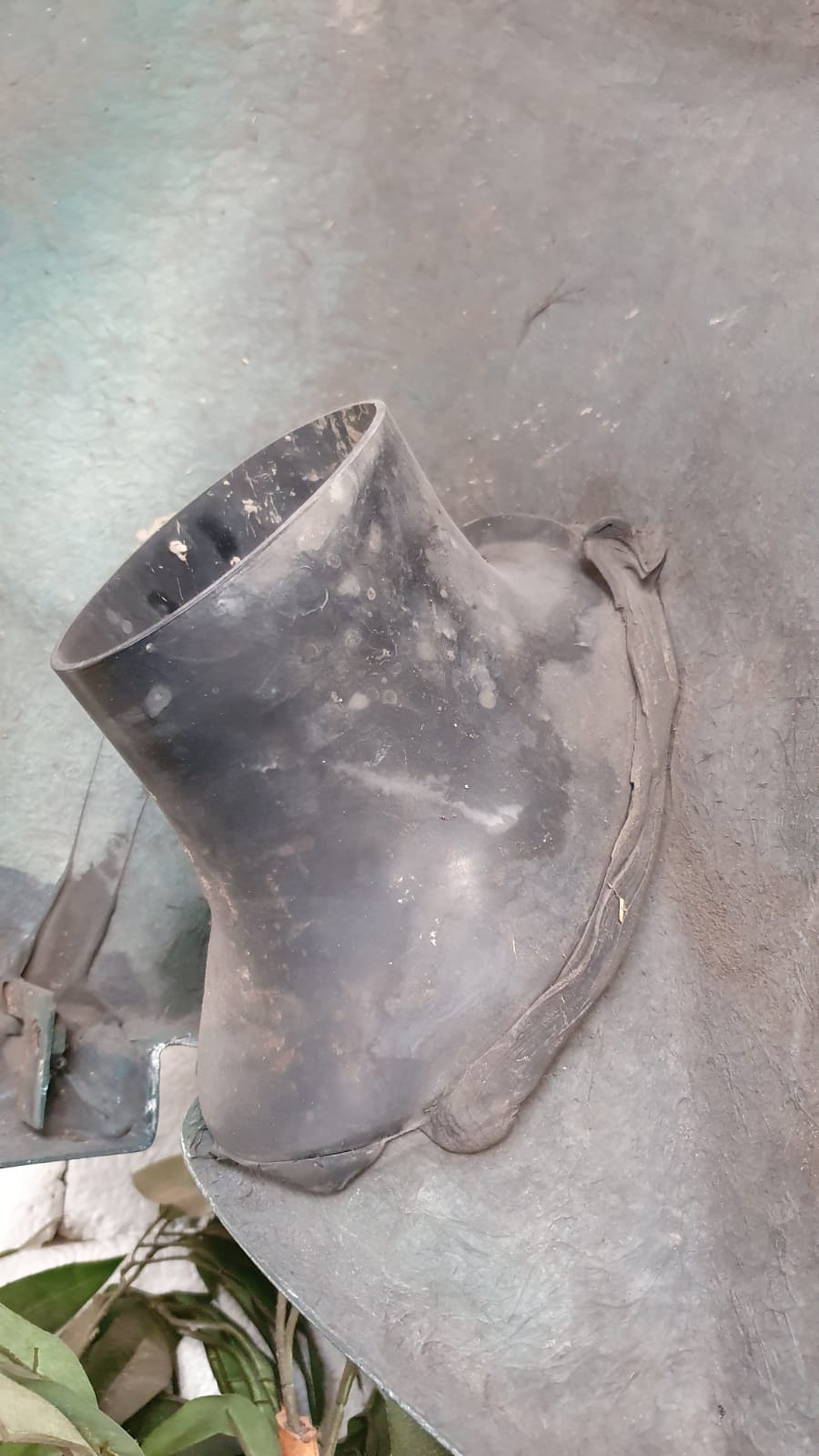 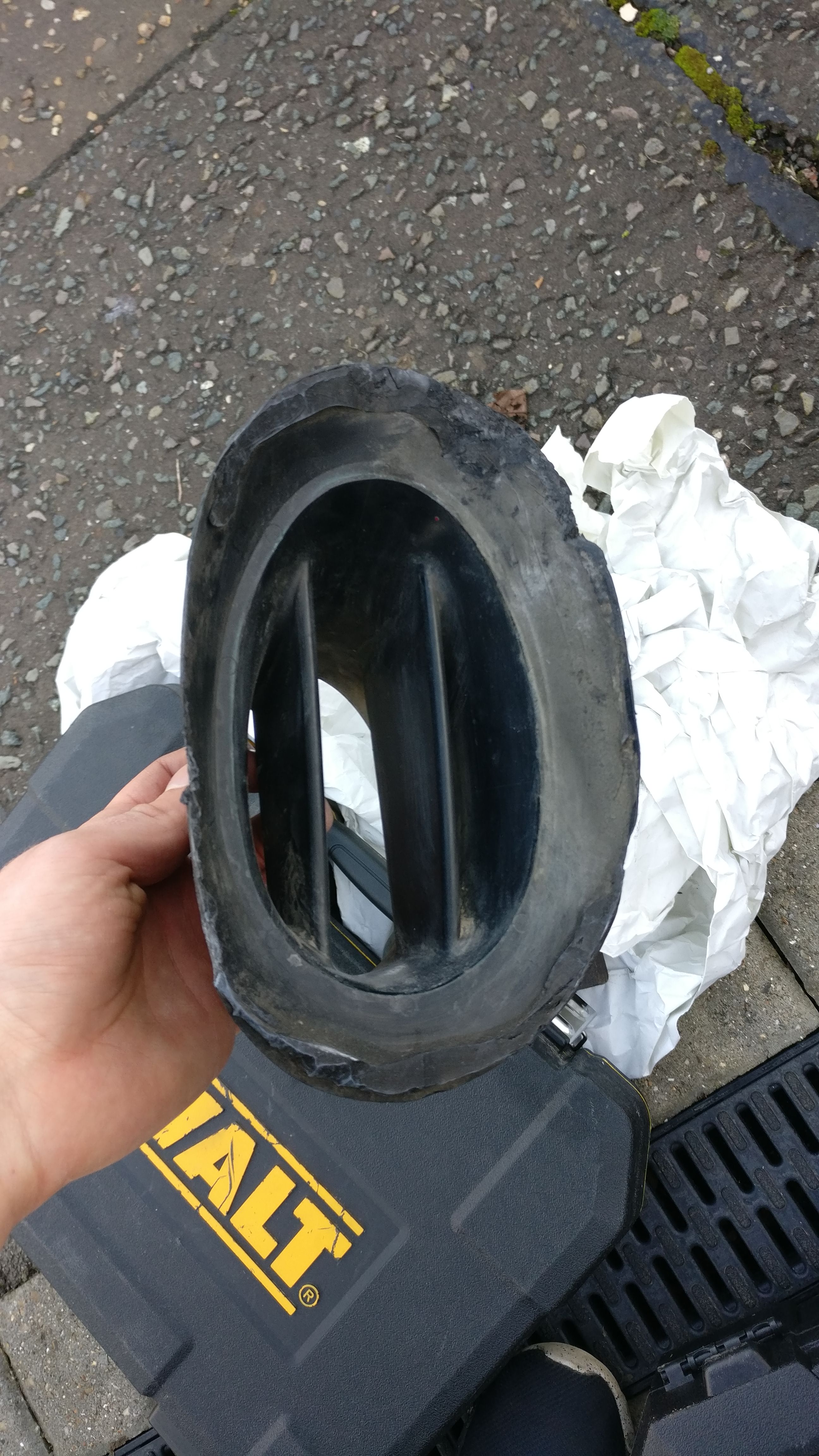 At the time I still hadn’t started taking my Elise apart, and was planning to use the carbon intakes I had on that rear clam on my Exige. However the buyer of my rear clam liked them and we made a deal for them to stay on, so I sourced some new carbon intakes too. 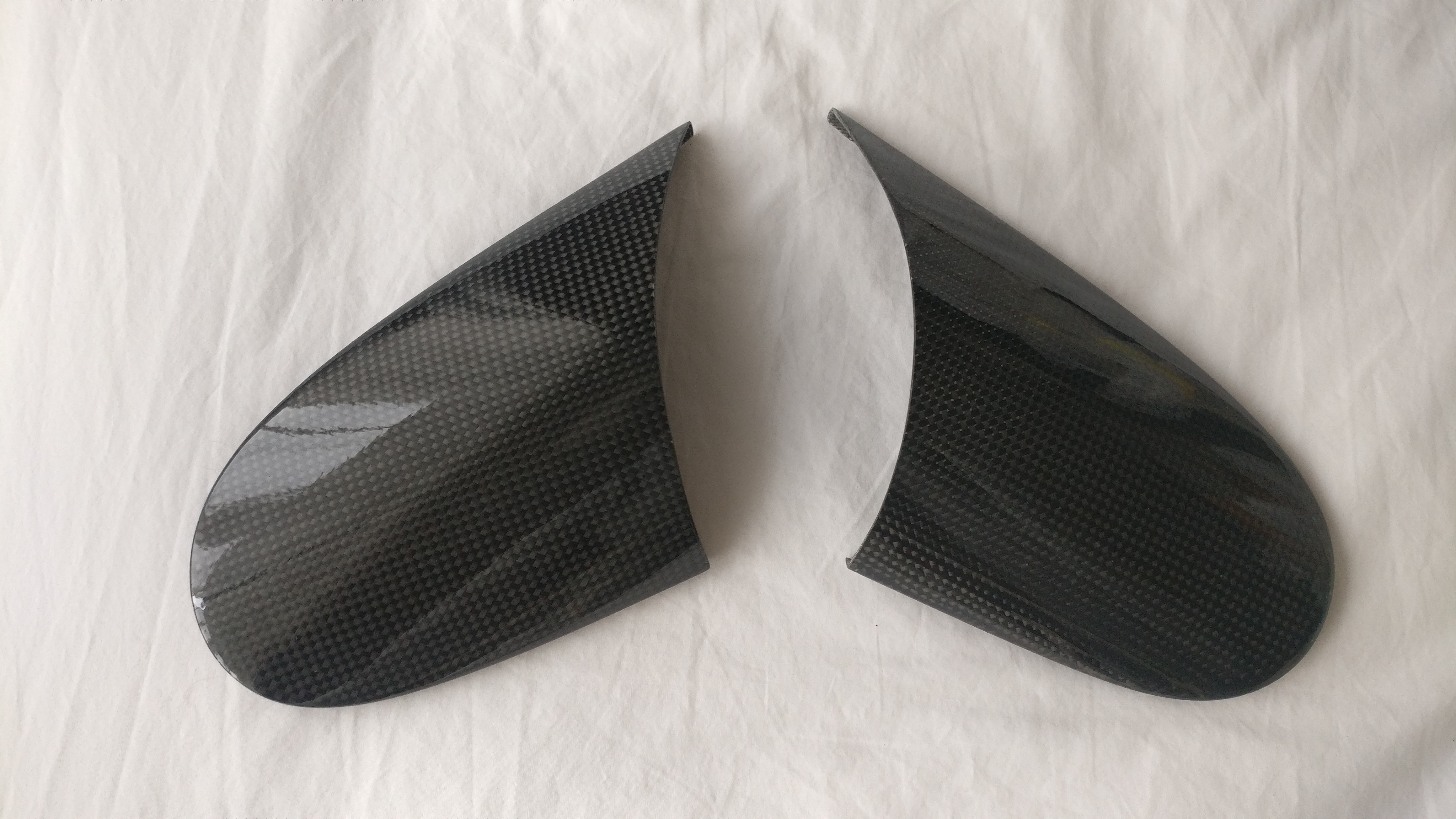 Also my fog and reverse lights weren’t horrendous, but for the sake of £30 got some nice new ones, and new reflectors too. 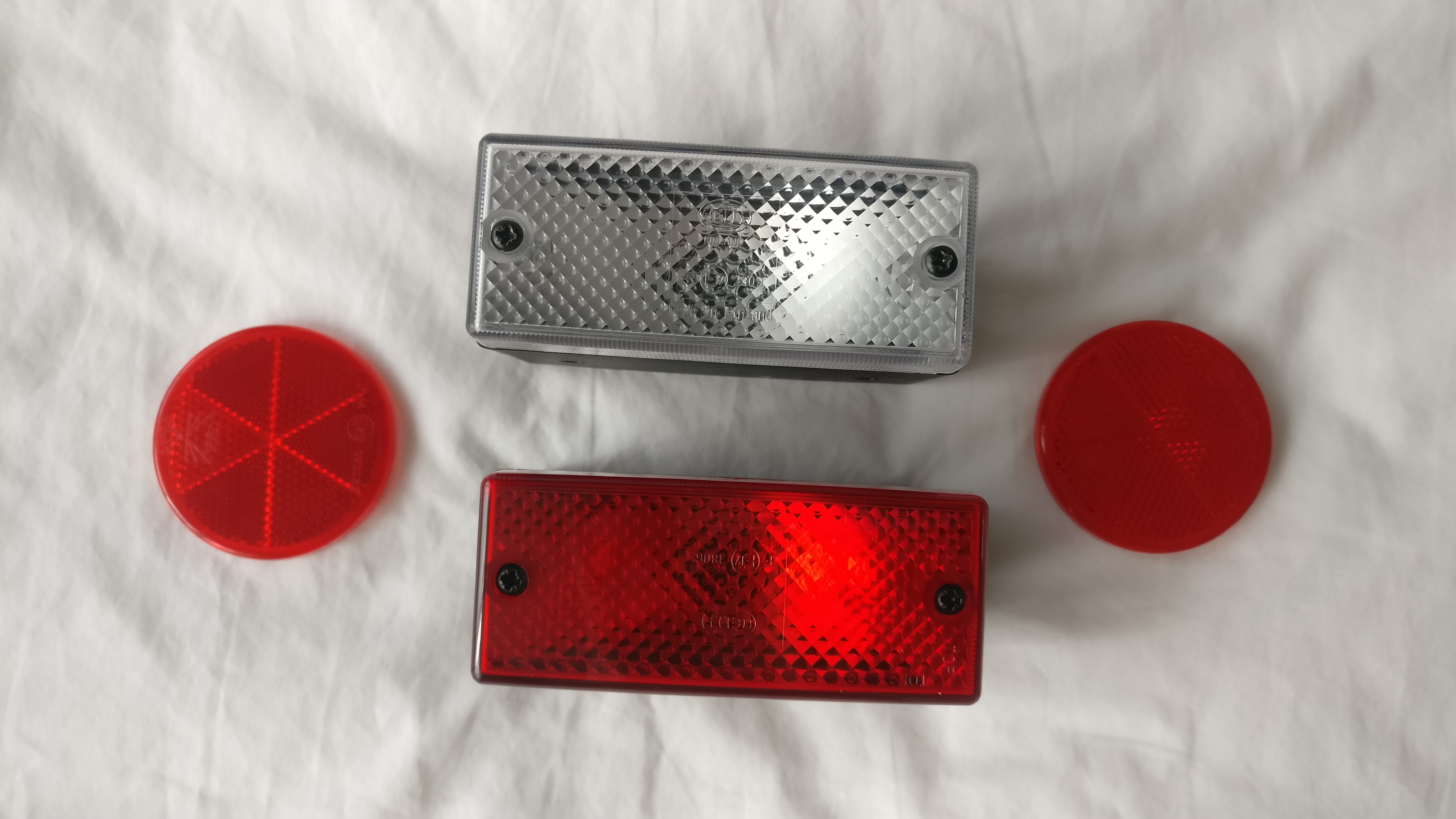 Watching with a lot of interest!