I have a 2010 exige S240 in very good condition with only 21,000 full service miles on the clock…I’ve noticed that from time to time its getting stuck in 1st gear and I have to pump the clutch or tap accelerator to try and get it out! At first I thought I’d not depressed the clutch enough but it’s happened a few times now,it’s when I’ll set off in first and reach maybe 3-4000 revs then try an change…any others had this issue??I can’t believe the clutch has gone at this mileage:(

Check the throw of the cross gate cable at the Gearbox end. Get someone to change gear and observe. You won’t be able to tell if it has full movement as you have no reference but if there is any slack in the outer cable you may see this movement. Do you have motorsport cables? I am assuming so. I didn’t and my aluminium housing at the gearbox end sheared and I had front to back but not crossgate at the gearbox end. Bit difficult to explain but check for unnecessary movement at gearbox end.

I’d that a remove the undertrays job?

I’d that a remove the undertrays job?

The best visibility you’ll get is if you take off the pipe connecting the airbox to the throttlebody, push some coolant hoses to one side and you’ll get a pretty good view of the gear change mech at the gearbox end.

Yup no need to take undertrays off to check, but make sure you check where the cables are clipped to the gearbox housing, once I have figured out how to load a pic I will show you the temporary get you home repair done on mine. Of course your prob may be different though! 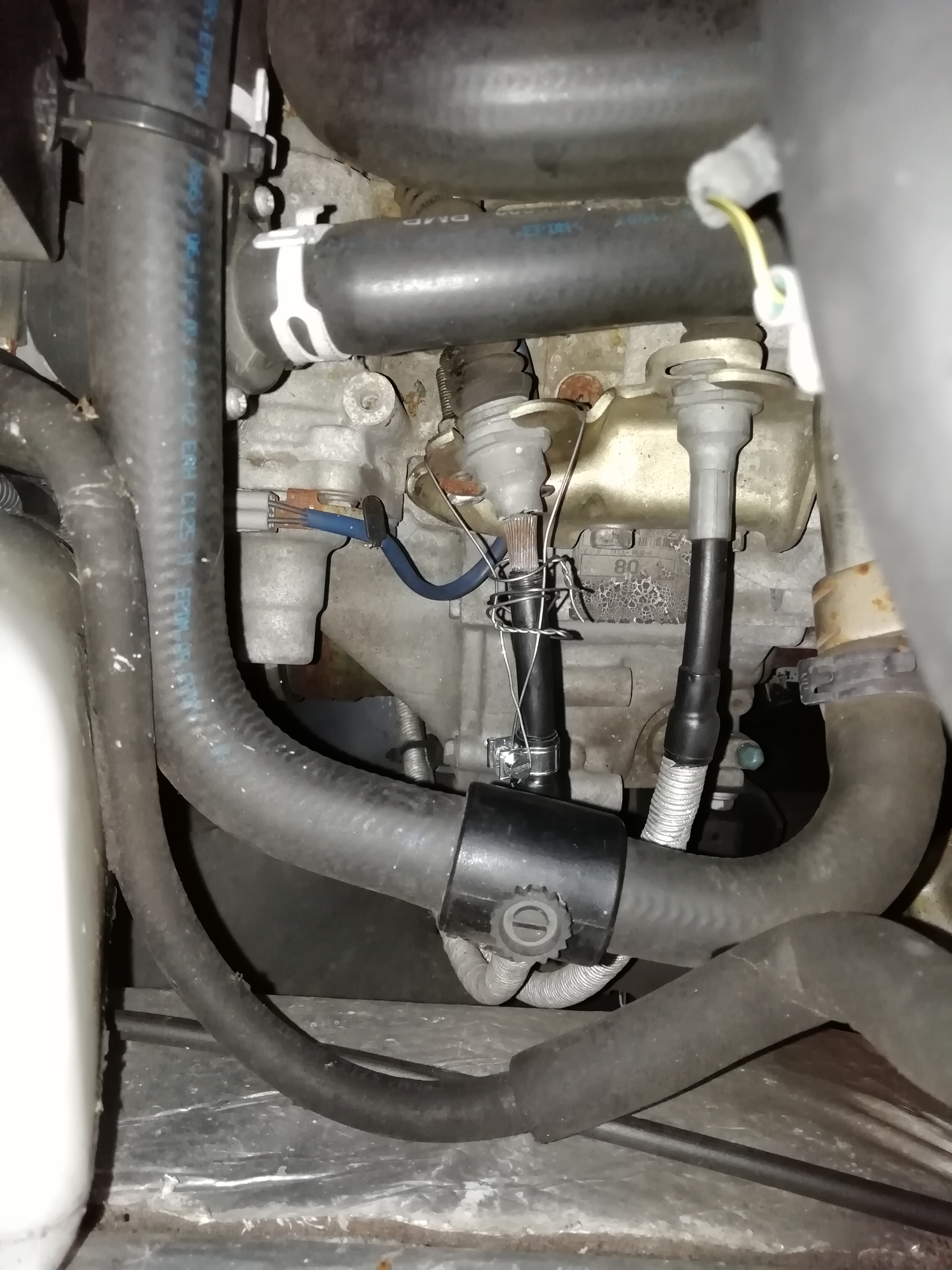 You can see where the crimp broke, also the C-clip was missing which may have contributed, you may have threaded sections here where the cable meets the housing so possible that they have become loose also check where the cable is clipped onto the gear throw mech under the hose as suggested. Sorry I can’t 100% remember which is the crossgate and which is front and back but am pretty sure the broken one in the image is crossgate. If the lever cant move the cable all the way over it will be difficult to engage 1st and second. I really thought I had lost my box when it went. I could only get 3rd and 4th.

I managed to melt the cables on my s2, they finally fell apart as I drove into the garage where they were to be fixed. The motorsport cables are an improvement.

Thankyou for your replies…much apreciated

Had this problem with mine, it was a lack of lube on the end of the input shaft where it goes into the crank, it would cause the clutch to drag and stop you getting it out of gear, all very strange indeed.

I had the same issues on my S260. Changing up or down into third was never smooth and occasionally second gear would jamb which usually meant coasting to a halt and letting the car cool down for 10 minutes. The annoying element was the lack of consistency, second gear could be normal, then stick. Luckily the car was under warranty and the dealer replaced the clutch unit which was barely worn, (3k miles). Their diagnosis was a sticking input shaft with TRD clutches.