am Installing a new set of Corbeau Le Pro seats in my 2005 Exige S2. Just wondering is there anything I need to be aware of before installing them i.e. anything to be careful off taking out old seats and putting in new seats. thanks…

The fixings for the rails into the floor can be easy to strip, so just take your time - and you can’t have enough wobble extensions for some allen sockets!

Other than that, fairly straight forward. You may run into a couple of bullet connectors on some wiring under the centre console. They’re for the seatbelt alarm/switch on the driver seat.

pull the seat belt out as much as possible and tie it in a knot, it’ll save you trying to unwind the coil when it pulls in too far

Take the hard top off and also put a blanket over each sill to stop you scratching anything.
So much easier with the roof off

All good advice on removal. A few tips on refitting.

I found, years ago, the Corbeaus did not have the mounting holes in exactly the same places and you may need shorter bolts. Assemble leaving it all slack and then tighten the bolts when it’s aligned and the runner works.

Getting the bolts into the runners at the back can be a pain. I use a socket and wobble bar and sticky tape the bolt into the socket. It’s then easy to align. Start the thread gently to avoid cross threading.

As said already, easy to cross thread when reinstalling the seats. The bolt holes can sometimes show corrosion which can also increase the possibility of cross threading.

While the seats are out, trying running the bolts in by hand, they should screw in nice and easy. If they don’t, get a bottom tap and run them clean.

When fitting the seats back in, get all 4 bolts in loosely to the point just before they lock down, then go back around and tighten them down. Any resistance to them wanting to do up, stop and check.

Clean the threads as Gav says.

If you dont have or want to use a tap, clean with compressed air and cleaning spray products of your choice then blow dry again. Try a new clean bolt through each repeatedly. As long as a its in a couole of threads then it cant cross thread so at that point you can turn harder than you think. To get over my phobia I use an extender. This will force any crud in the thread out. Do it a quater turn at a time, back and forward. On the 340R the threads were tight with crap but since you have a roof all this may be a non topic.

Other useful thing is to have four tall threaded studs or cut the heads of four bolts and screw these in lightly. Then you can slide the seat runners on these, and you can see if any holes need filing / adjusting. It gives you a feeling of how to drop the while seat/rails into the chassis. I left these in the car for months while I was rebuilding it. Was handy having the seats in somtimes but being ae to simply lift them in and out without having to bolt/unbolt. 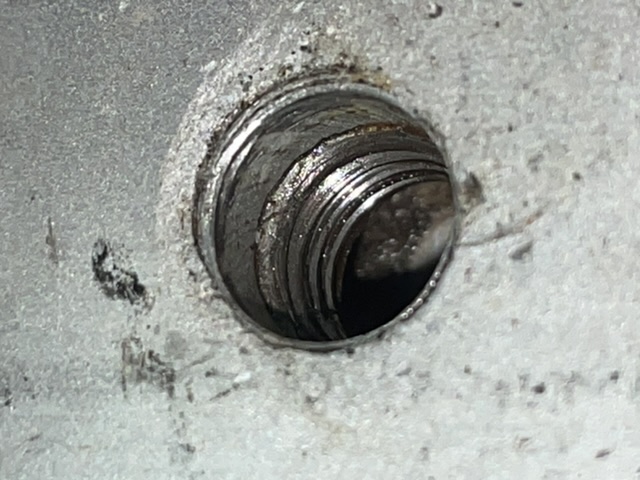 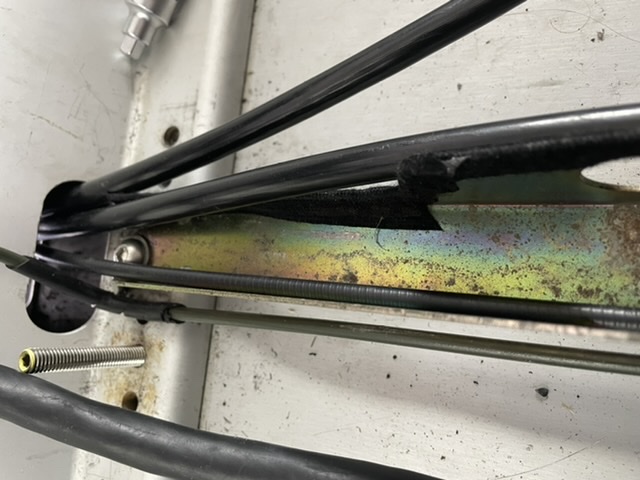 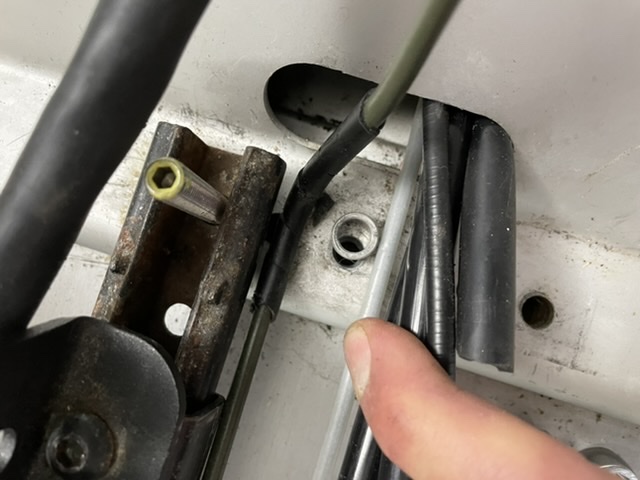 Slight thread drift, I did the gear cables and destroyed the black ‘filler’ in that hole above that passes to the back what have people used to refill?

Cleaning debris from threads - use a suitably sized nylon bottle brush. Simply push it straight into the threaded hole then turn anticlockwise to unscrew it and it brings out any loose stuff. Repeat with appropriate cleaner to get any ingrained/stuck crud out.

If you need to clean up the threads, don’t use a tap. The correct tool is a thread chaser, which will clean up threads without removing any metal. With threaded inserts this is especially critical as they can be weakened this way.

i blow out what i can from bolts and then run a bolt through it which ive cut a groove out of along its length, any debris gets pushed into the groove, handy if you dont have a tap to run through it

Slight thread drift, I did the gear cables and destroyed the black ‘filler’ in that hole above that passes to the back what have people used to refill?

I take an old house or car battery cable, slit it lengthways and remove the copper. Slide tgat over the edges of the hole, or wrap over the gear cables.

Not sure if you’ve done this yet, but I’ve taken my seats out loads of times in the S1 (I think the S2 is pretty similar though), and it’s very easy. The only slightly difficult part is the passenger seat bolts; the easiest way I’ve found is to chop down an Allen key and fit it in a socket, to get an ultra low profile socket.

Check the heads on the bolts too, if they are starting to chew up, just replace them and save a load of hassle. Deroure sell them cheaply - I believe they are 12.9 grade.