Axel stands. Where to postion

I am looking to change over my front ARB. No major dramas with the work there.

What I am unhappy about is using two jacks and the car floating whilst I go underneath.

Where would/do you place your axel stands? I dont have the flat type top stands, just the u shape ones.

I always use two very large blocks of wood and put them under the lower wishbone, on the strong plate where the dampers bolt through.

With two more at the back on the engine subframe you can have all 4 wheels off.

For the front I place them at the end of the tub. Worked fine so far. 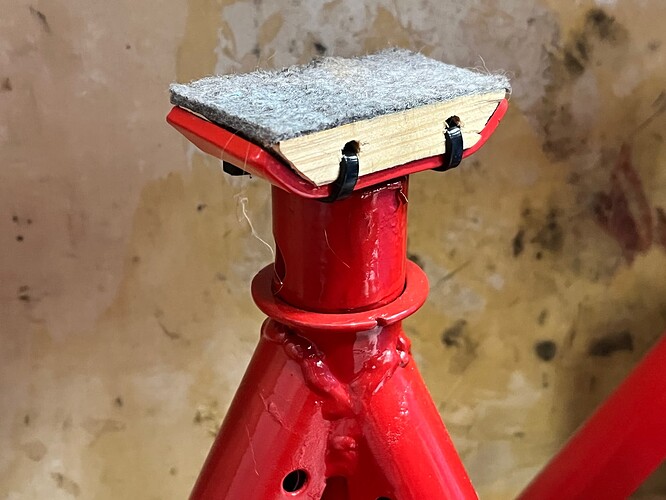 I just used a spare wheel with a tyre fitted to it. pop it under the front behind the shear panel. solid as a rock and fine to jack the rear up after too

Back is easy to do safely without fear of marking the chassis, diffuser off and jack centrally in the subframe crossmember, then axle stand near where each toe link connects.

Front is more awkward, as you’ll have to jack one side, stand it then jack the other. It feels sketchy as fuck to me so I bought a ramp

Proper jacking points here are the two chassis extrusions that start in the wheel arches and go all the way to the back. You’ll want some sort of puck or pad to prevent the stand from marking the aluminium, but needs careful consideration so you don’t end up sliding off of it when jacking the other side.

I am firmly in the sketchy as duck category.

I had one side up but on a mega tilt angle. Just didn’t seem right.

I’ll have to have a think . At the minute a ramp isn’t really an option.

Ramps are another solution, not necessarily to drive up them but you can jack one side, slide a ramp under and then repeat. At that point the car is much closer to working height, so you can make a second small lift with the jack and slide the axle stands in. That way the wheels are no more than an inch or so above the ramp and it feels substantially less sketch.

I think I need to make a flat top for my stands like @FlyingDutchman then take a brave pill.

All this for a front ARB!

Not sure if this would raise the car up as high as you want, but rather than jack stands I have used a 5 pack box of A4 paper for many years to support my Elise and Exige. They are mega solid and very kind to the chassis.

One box positioned under point B on the front (one box raises both sides) and two boxes on the back at point D.

Here’s a couple of rubbish photos of the front of the car raised on a box. You can just about make out the ARB to give you an idea of ground clearance. 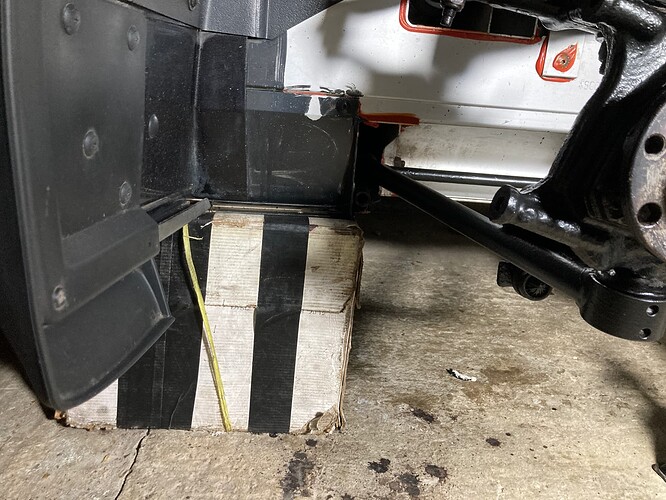 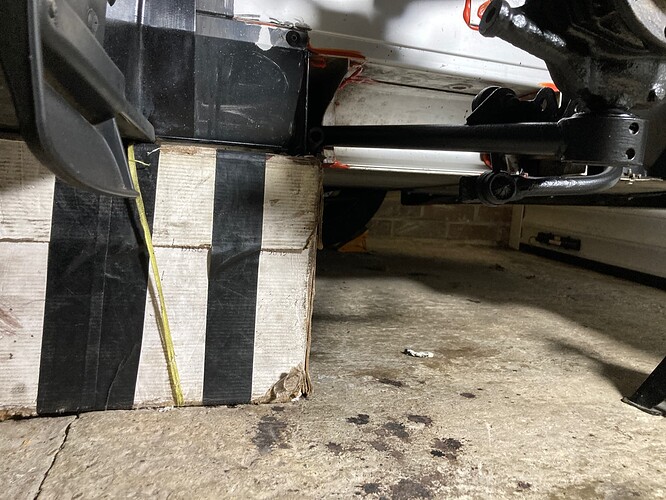 I forgot to mention mine are quite low. 25cm. When I was looking for better once I couldn’t find any this low. So then strengthened the once I had.

Never really had any issues and takes 10min. 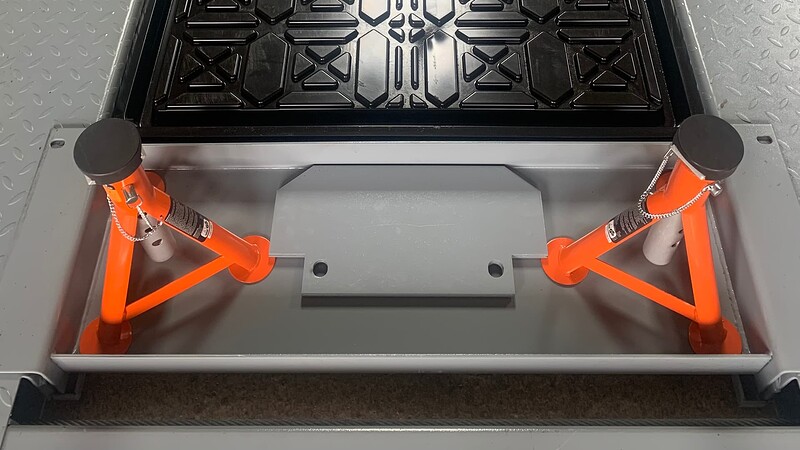 I use blocks as well but A4 paper was too expensive, so I use three breeze blocks with carpet glued in top, for each corner! I also have run axle stand pads bought from eBay, to make the top flat.

I’d definitely recommend getting lifting pucks, if you haven’t already, so that you can support the weight of the car at the rear, without fear of it tipping back but without having to remove the undertray.