This is where we proud owners can upload information and pictures of our pride-and-joys (their Exige that is..)
Post Reply
27 posts

nope this is my first midship

yeah the amount of parts everywhere is doing my head in - another reason to crack on and get it all buttoned up!

luckily I have a very understanding better half

Yes pretty much the best mod you can have done!
Top

*****UPDATE*****
So it's been a little while, mainly because I have been busy/having a love hate relationship with the car.

First of all, I had purchased a Brand New Toyota front mechanism to replace my K-Series mechanism. This I had read was a straight swap on to the FN2 gearboxes without any modifications - I don't normally take the internet as gospel but I did take a big gamble on this one.

Luckily the gamble paid off as indeed it bolts in and mounts directly to the FN2 box. (I had already test fit the cable ends when the engine was out of the car to put my mind at ease)

This allows me not to use any linkages like most use on the conversions and also accounts for the difference in mechanism between the FN2 - EP3 gearbox.

I also purchased a Genuine FN2 gear knob used off a facebook group cheap that I drilled and tapped to fit the Lotus mechanism. It's not the best condition but I've seen you can recondition these quite well so I will give that a shot. 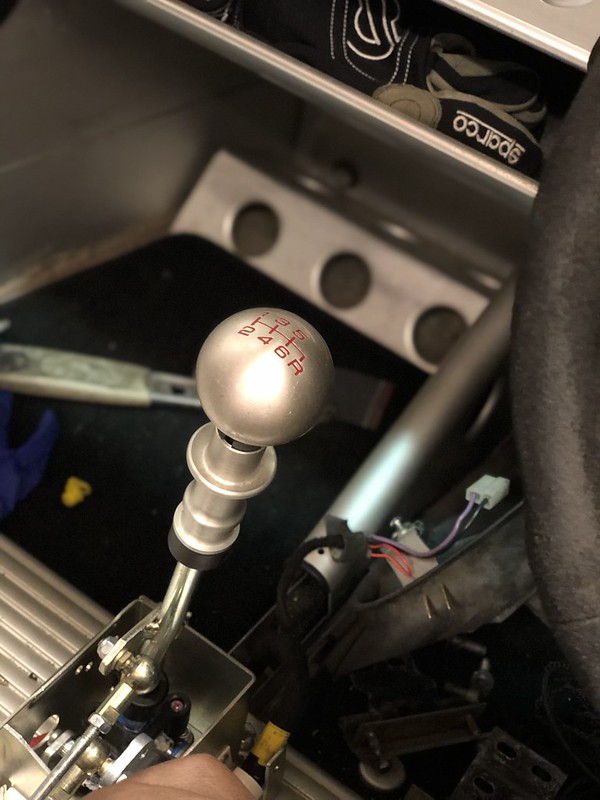 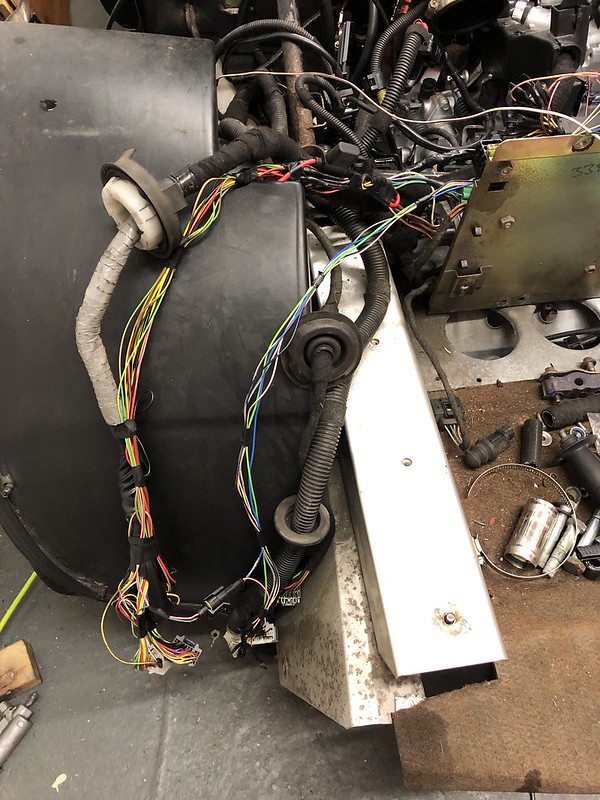 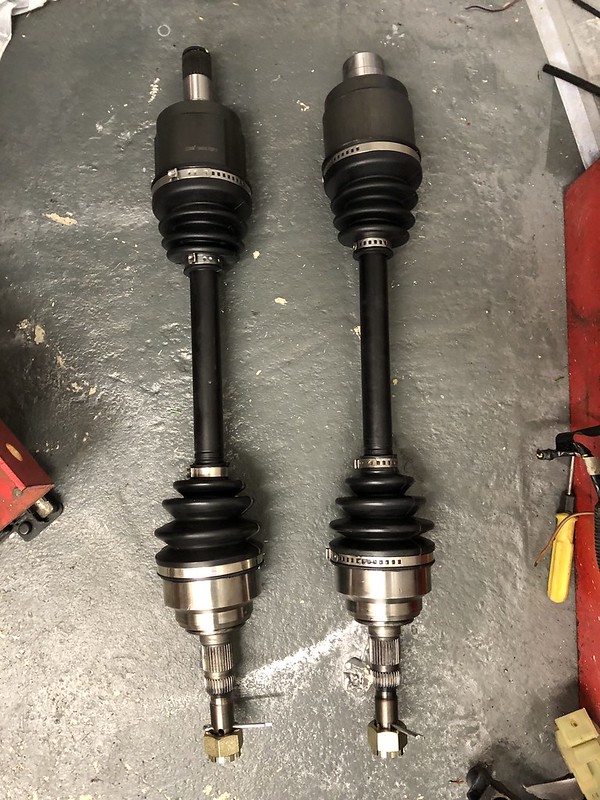 New gauges all wired in 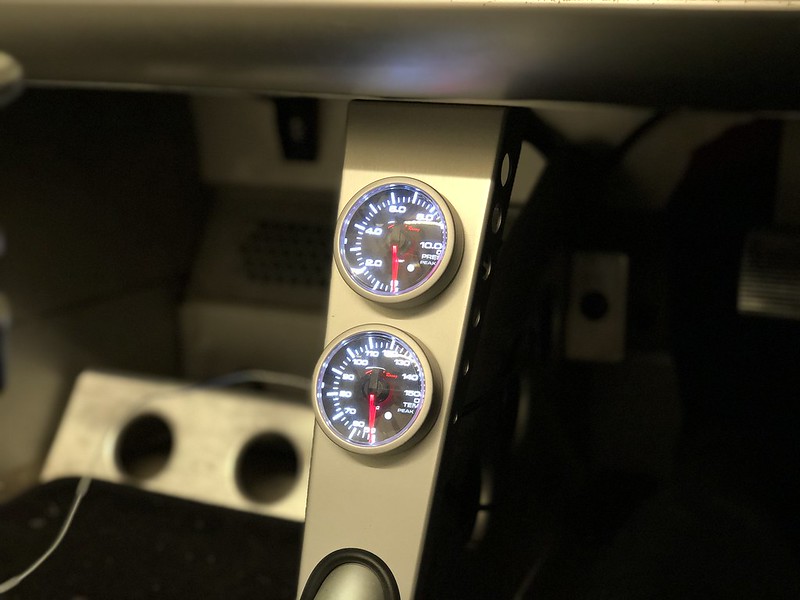 The silencer/hoses were all fitted and with everything in place, it was time to put some power on the car and see what went up in smoke.

I'm happy to report that nothing seemed out of the ordinary, so the next stop was filling everything with fluids.

Starting the car was not without it's faults. First off was trying to get it to turn over. The ignition all came on as expected but when going to start the start motor would click but no movement. It transpired after some head scratching that I had mistakenly hooked up the live for the starter motor as an earth. The engine then cranked which seemed like a big milestone!

Getting a connection to the ECU was the next headache along with power to the fuel pump. It transpired the cobra immobiliser had decided to take matters in it's own hands so a little bit of work with that sorted things out.

We then tried to fire it up - it burst into life much like the below video. We had to tidy some of our mess up and drive it backwards/forwards into the garage to check it worked 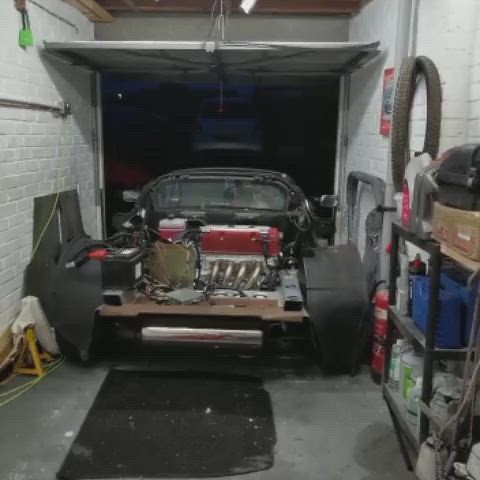 After this it was time to tidy up the wiring and get the clam back on.

Before that could happen, some heat shielding was needed on the clam itself 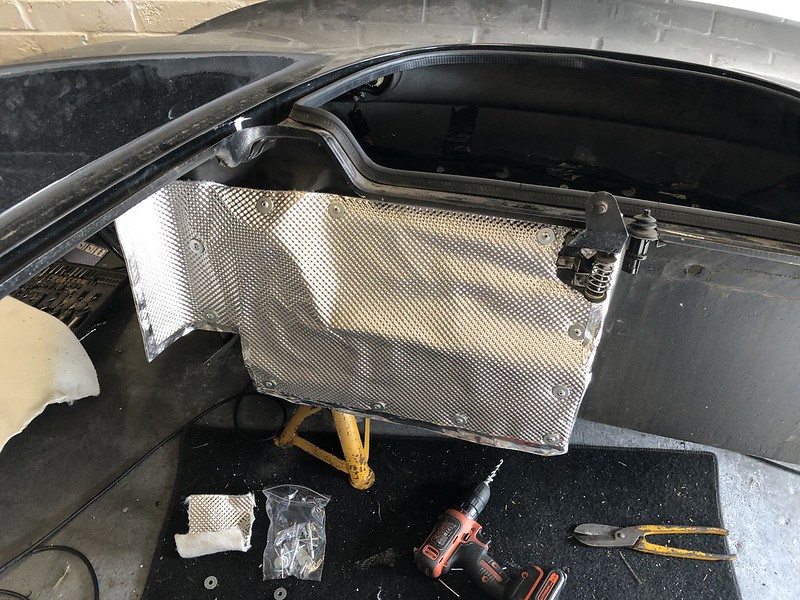 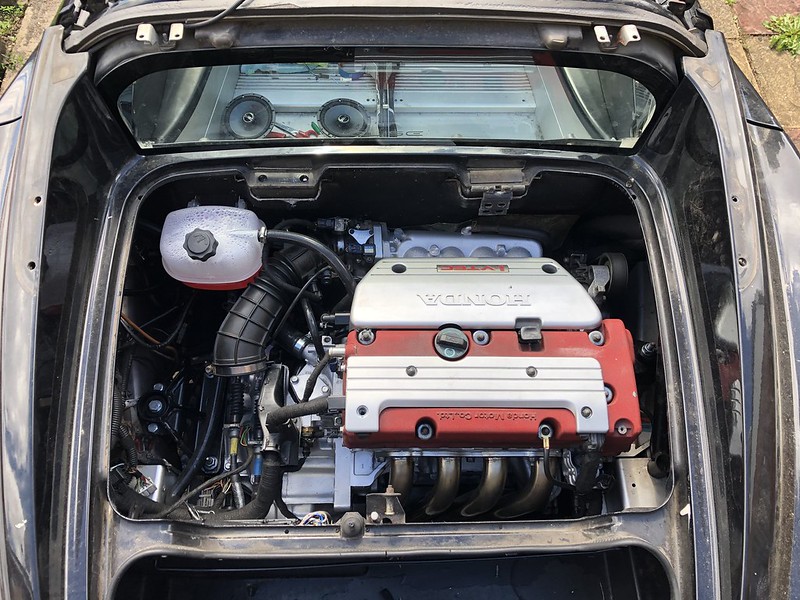 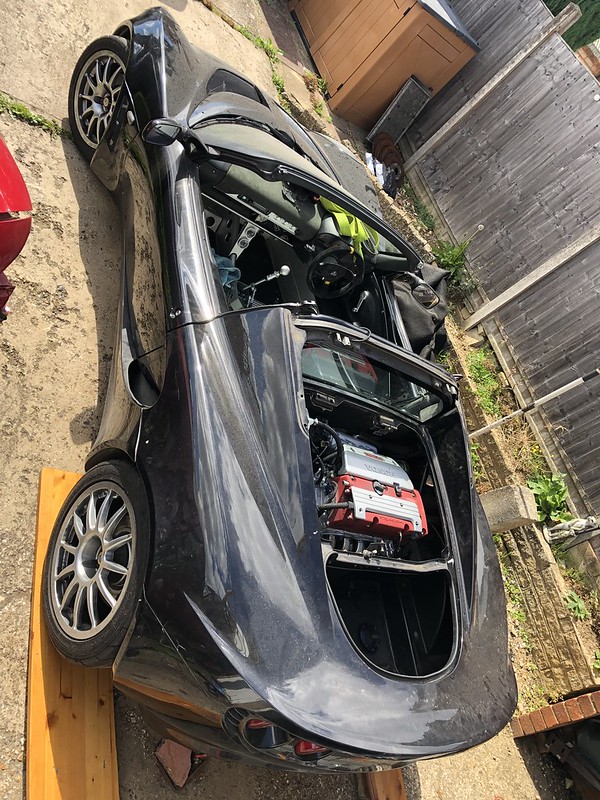 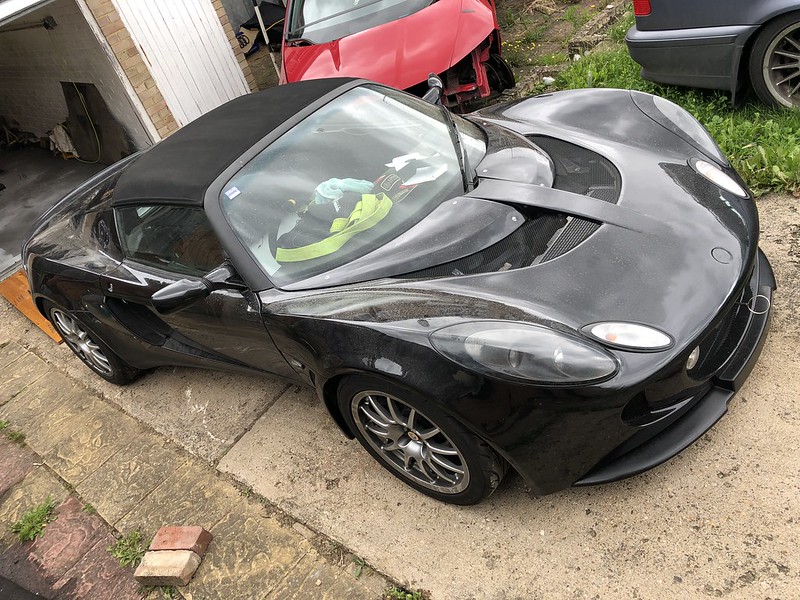 It was genuinely nice to see the car like a car again rather than half car/half chassis.

With this build I've really wanted to make the engine look like it came in the car. One of the key points being that I wanted a standard air box fitted. I'd heard of one or two people doing it but not actually seen photos. This had two plus's to me, keeping the noise down for the track days that I do - I spend most of my time at Bedford which has a very low DB limit and the other being that it caters to the OEM look. 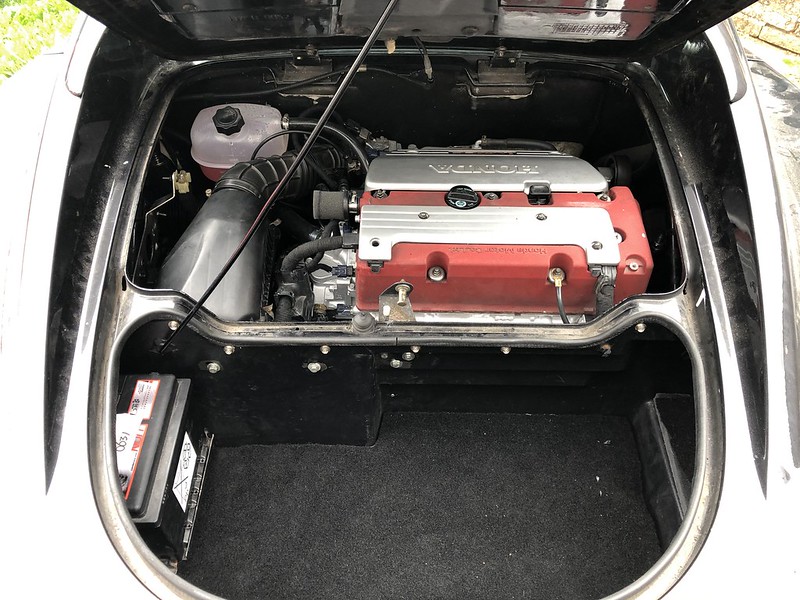 To fit in with this look, all of the EP3 wiring loom has been rehoused into the FN2 plastic protection so that it bolts on to the engine in the right places.

Overall I'm very happy with how it looks, I understand that it may not make all of the power later on (you'll have to keep reading to see if that is true) but I wanted to try it then would change it later if I had issues.

So then it was time to try the car out. In my eagerness we set off and got about a mile down the road to the very distinct sound of a wheel working itself loose. 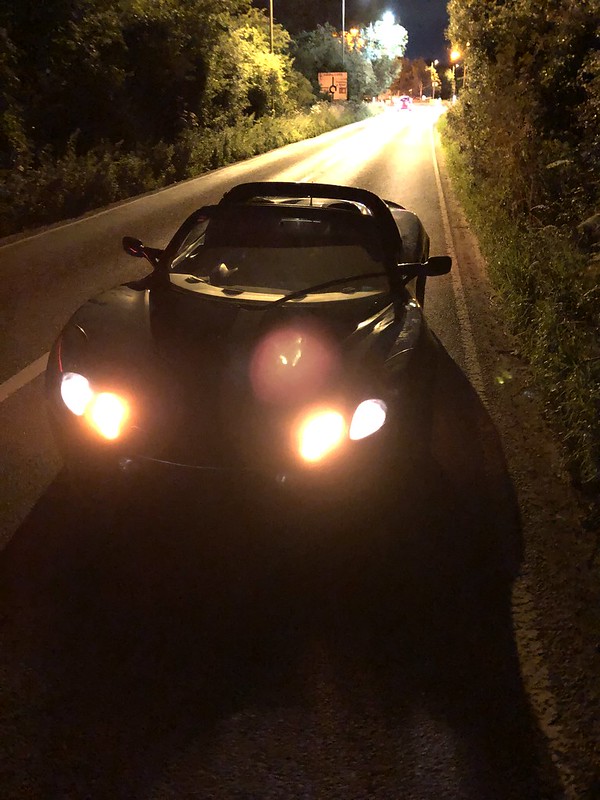 That got tightened up and the first drive was a success! The car was then driven gently for the next day to see if there were any gremlins and to try and get the run in miles required for the driveshafts. Also not being mapped meant it wasn't great to push it anyway.

Unfortunately on the second day the inner CV started to knock. Having spoken to Geoff from Stark he sorted me out a new CV immediately and being so close I was able to go collect that evening. Frustrating but it is one of those things and you can't fault Stark for the fast turn around!

So the car was back in the air with the CV being changed. Unfortunately when doing so one of the ball joints got damaged coming off so the pair that we had to undo got replaced. 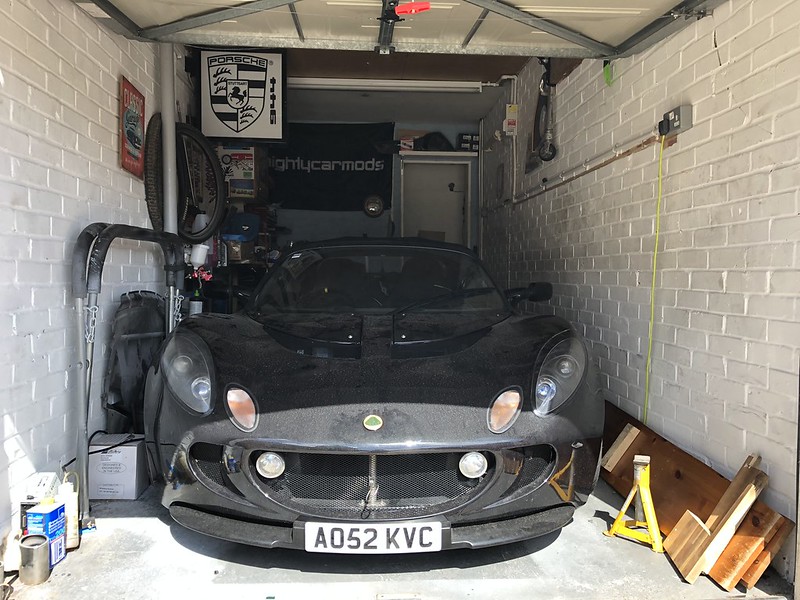 I then got it back on the road and started piling the miles back on it. All with the 31st July in sight as that's when mapping was booked with Dan Webster at HPE Automotive. 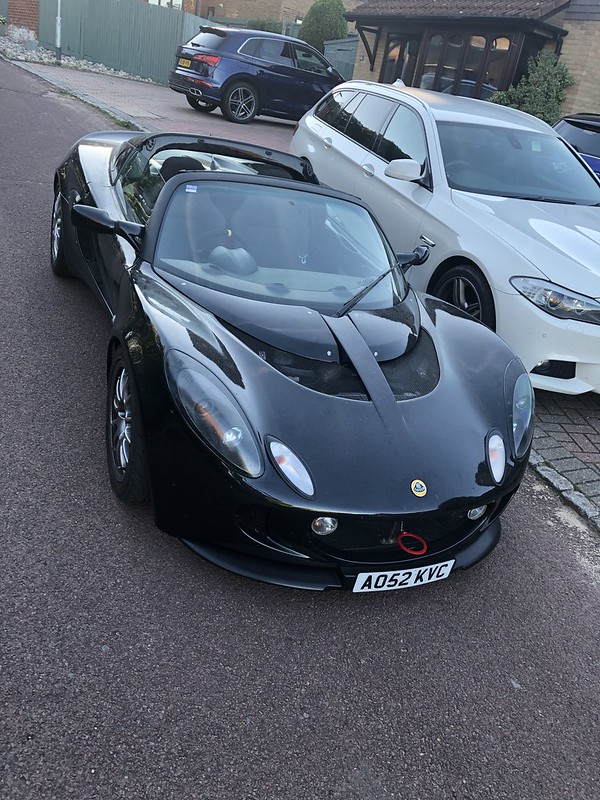 The car was running great and I was quietly confident arriving at Dan's on the 31st. We started off by getting the car straight on the rollers. 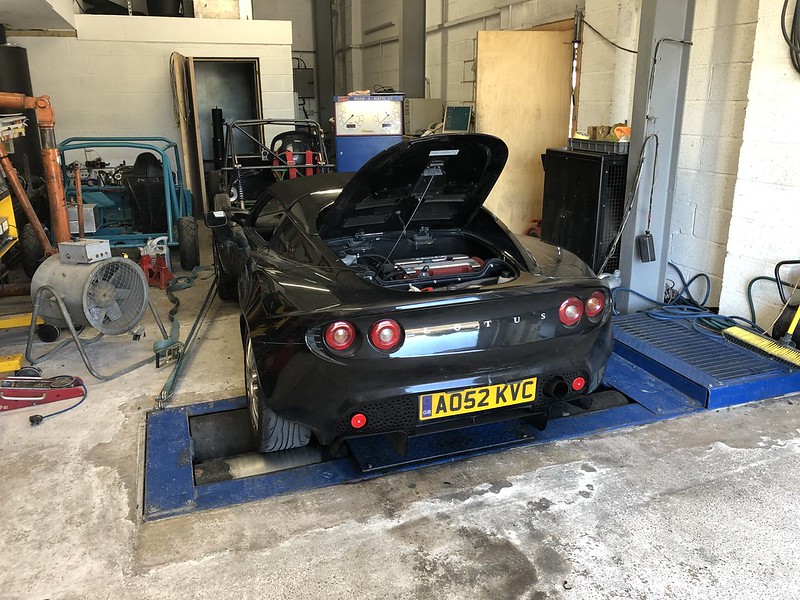 The map the ECU came with Dan said was no good. Apparently it was over fuelling everywhere so a power run wasn't on the cards.

Dan set off doing the partial throttle and lower end of the map before moving up to around 5K. It was here that we hit an issue. The car shut off and wouldn't turn back on.

The laptop also couldn't see the ECU any more meaning it had no power. I remembered a fuse in the boot that if blown/not there would stop the ECU getting power. I dug it out and sure enough it had blown.

A slight sigh of relief but when changing it it blew again. After nearly 4 hours of tearing the car apart we narrowed it back to the Lambda wiring. Sure enough when I got under the car it was melted together causing a short.

I cut it out under Dan's instruction and put a new fuse back in and the car fired straight back into life. 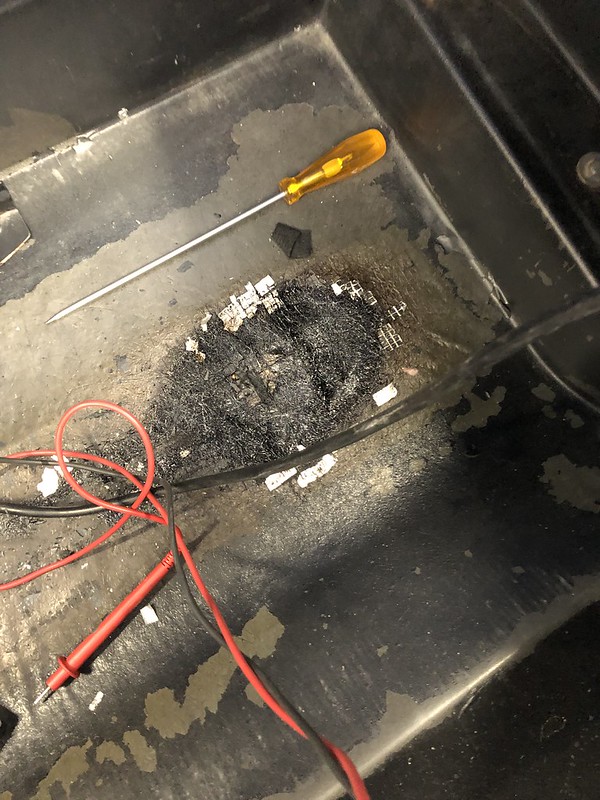 I think I was very lucky not to have a fire. 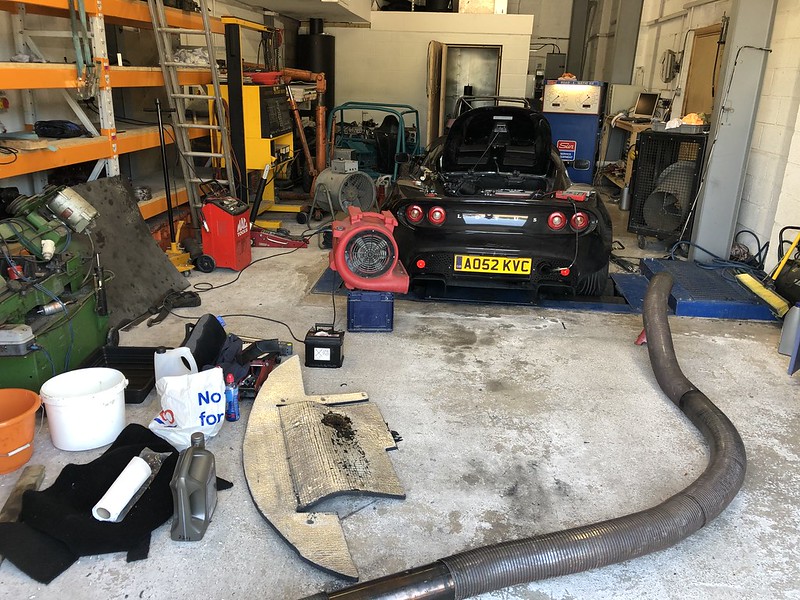 I can't recommend Dan enough here, he gave me full reign of his dyno room as you can see here. He was also constantly checking up on me and trying to help in any way he could. Most places would just call it or charge for the time you're there but he only charged the time he was actually mapping it. Not all the chatting as to why it might have died etc/giving me new areas to check. I genuinely can't thank him enough.

The manifold did start to go some nice colours 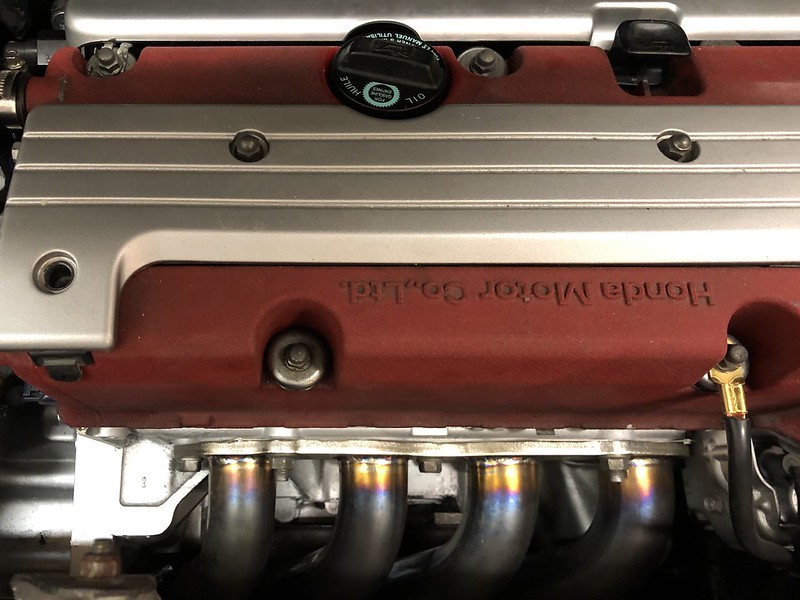 I then took it home and sorted the underneath heat shielding. I also put in some new lambda wiring 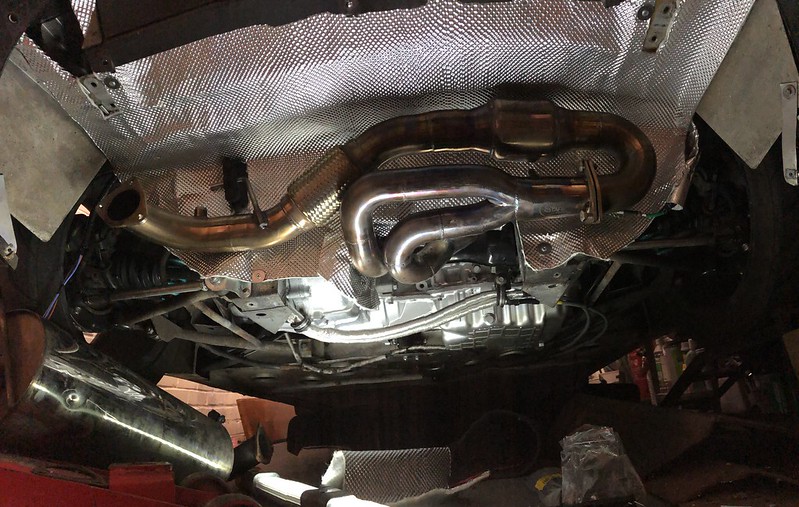 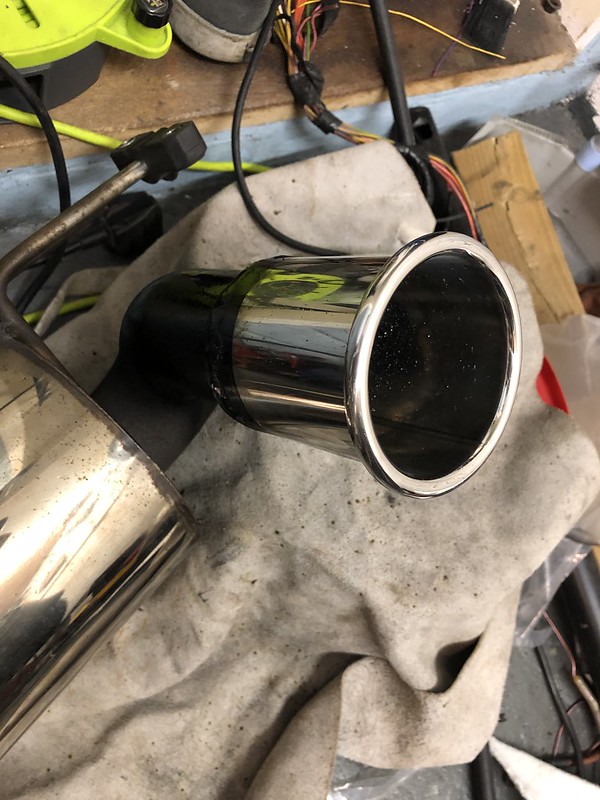 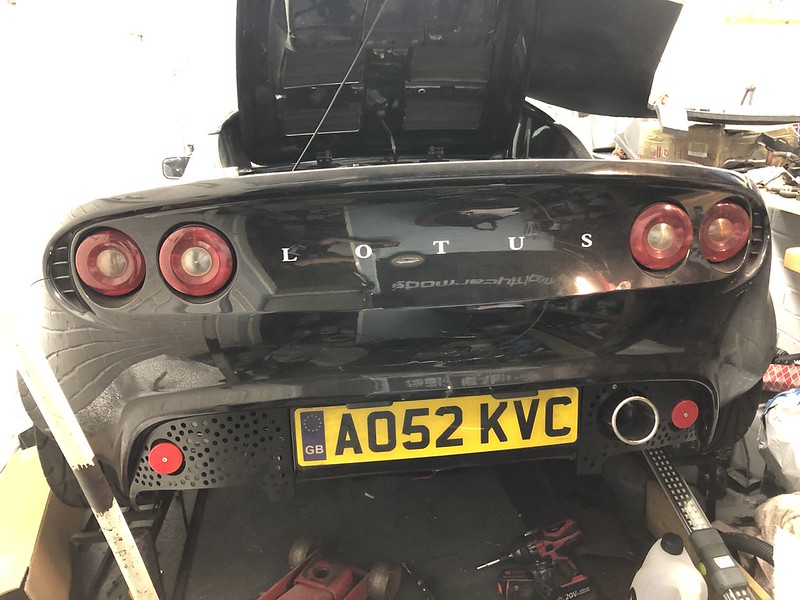 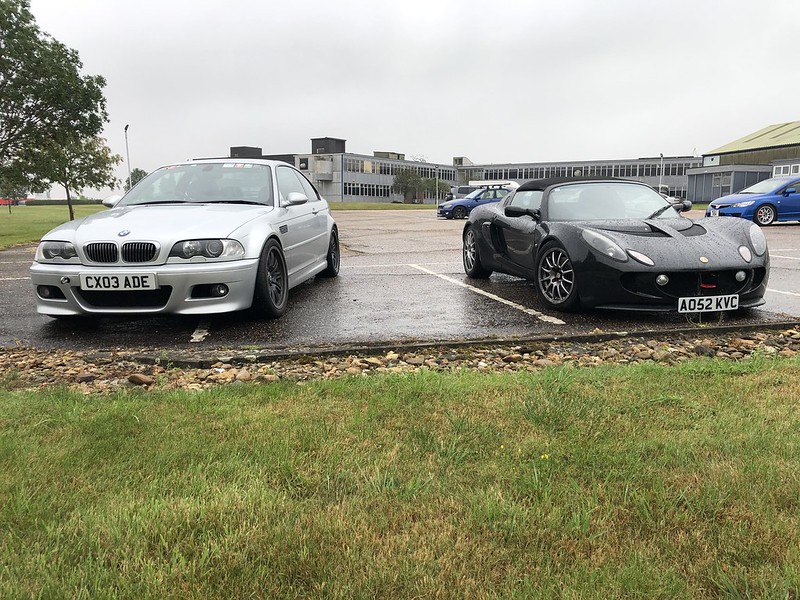 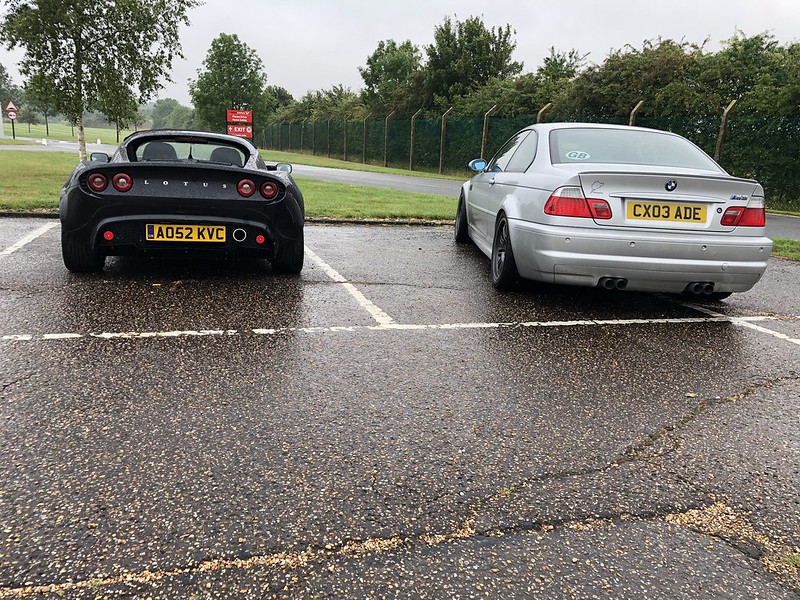 It was then back to HPE Automotive for round two yesterday.

Manifolds glowing and you can just about see my fibreglass repair 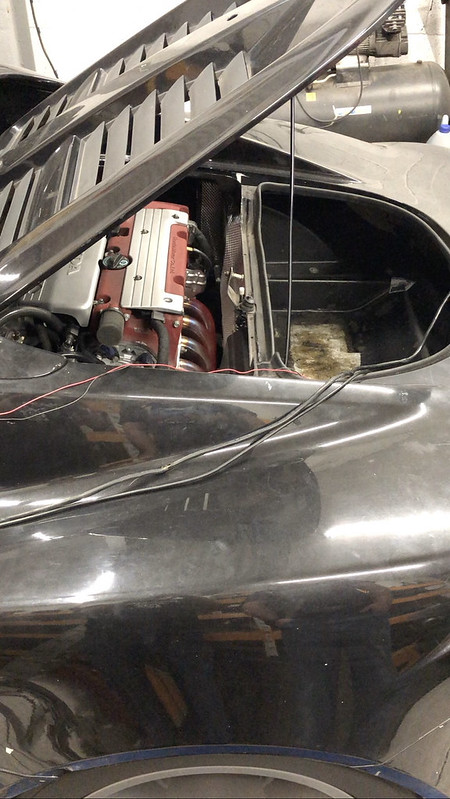 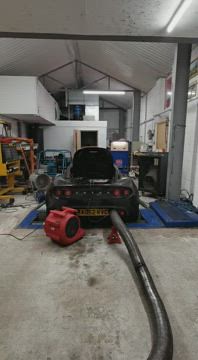 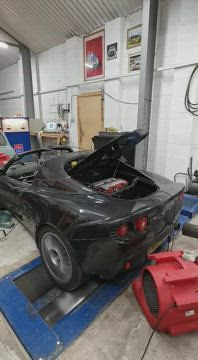 The bit you're all waiting for: 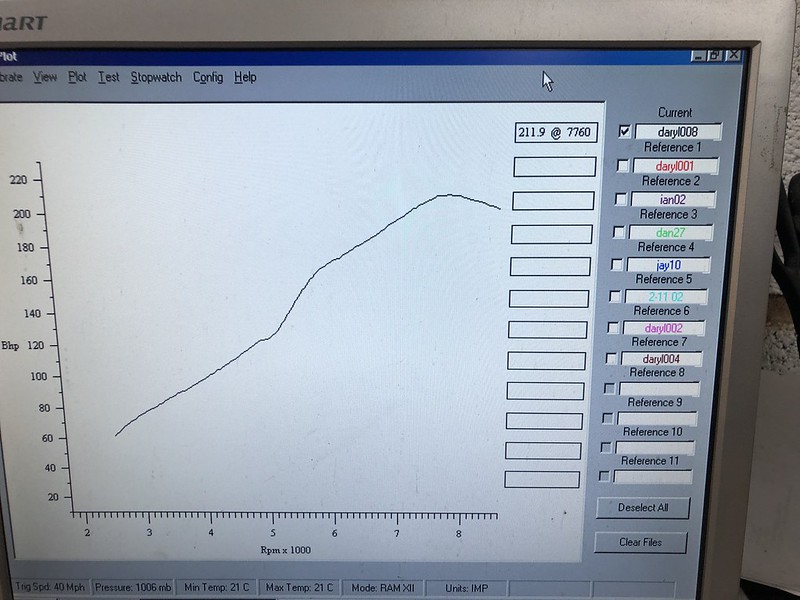 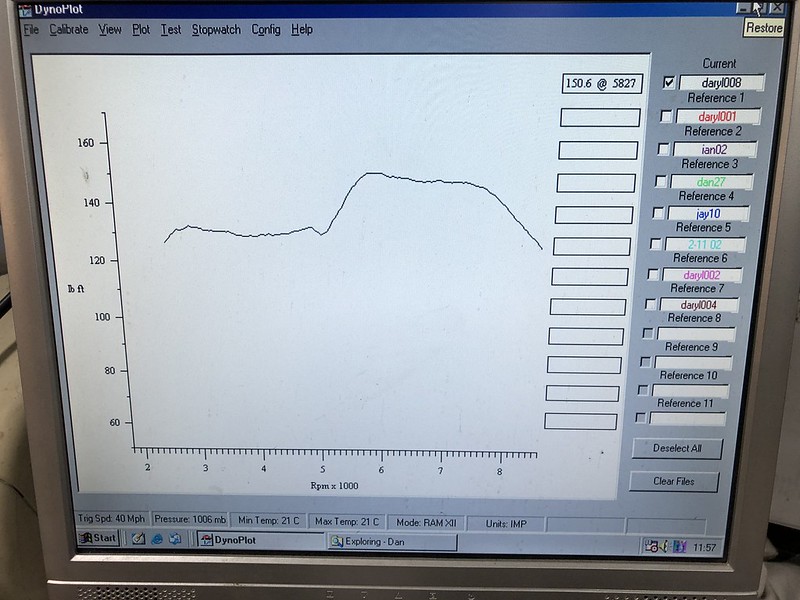 Now I'm not chasing numbers. To me the drivability is all that matters and it most certainly drives well.

Dan thinks I've lost around 3% at the top end due to the air box but saved a lot in noise which for me was the point from the off set. Also for that little gain I'll take the air box. 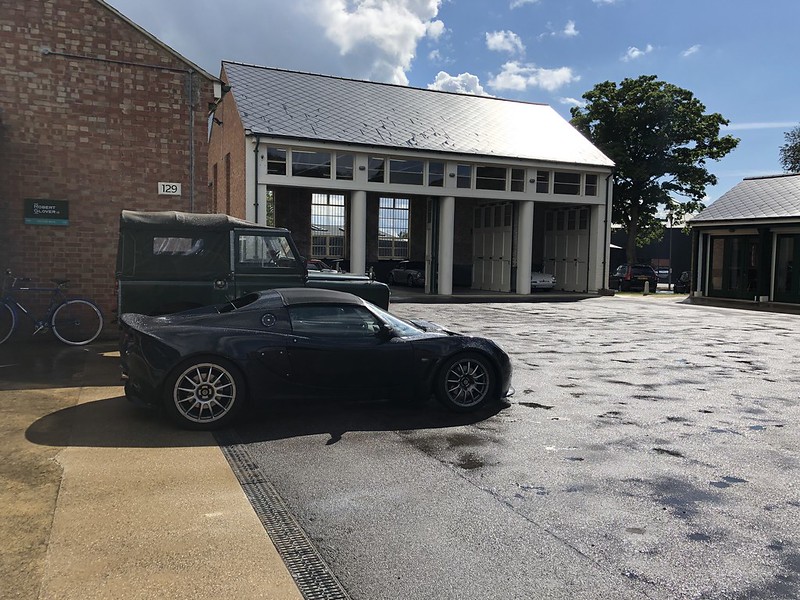 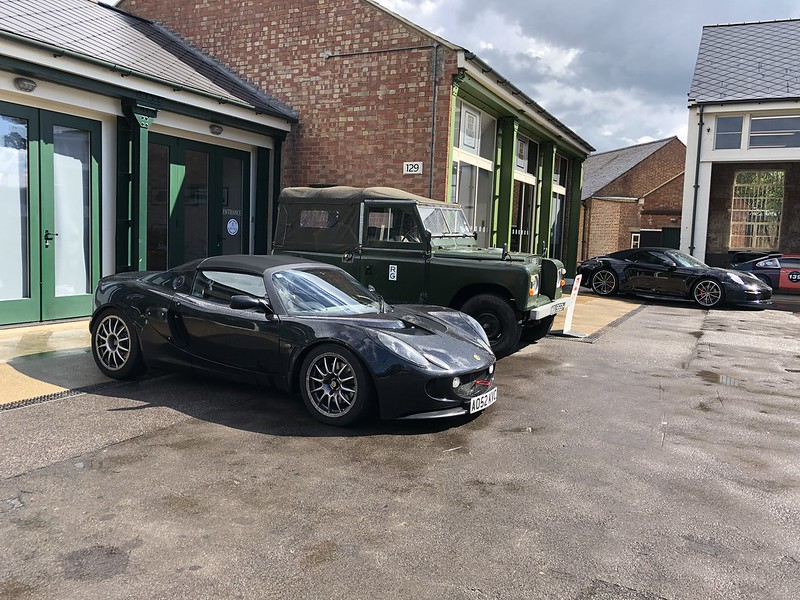 So all round very happy! Now to enjoy some VTEC.
Top

Fantastic! Is there anything more satisfying that doing a conversion yourself? I doubt it!
Top

Proper good, install looks ace and that OEM look is a great approach.

Trackday up North you say?!
Top

Trackday up North you say?!

I have just checked my calendar and I appear to be free.
Top

Which track are you guys talking about? I’m always up for a track if I can get there