Boardman team cyclocross bike. Great I. The mud and gravel that passes for roads this time of year.
Top

That looks like an interesting thread, Keith and I will follow it closely. If I remember right Roger from Sabre Heads metioned somewhere (Seloc?) that the numbers on the head were stamped by Janspeed. They indicate the volume per cylinder and the amount that the head was skimmed.
Top

Good collection of bikes there, I look forward to seeing them. I have five complete cycles. The sixth, my Vitus restoration, came to a halt in the summer but I’ll get going on it again soon.
Exige S1 No: 139
Top 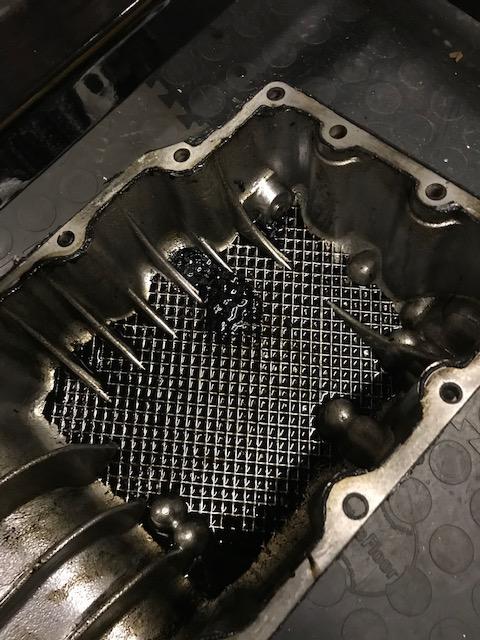 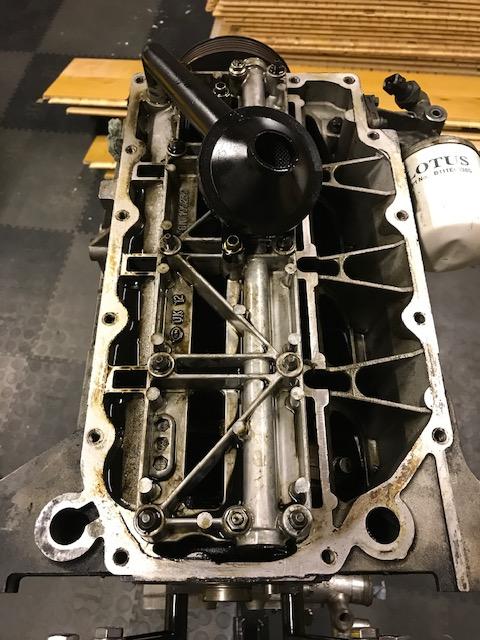 This is the pesky bolt that will not come undone. I'm sure when I can jam the crank solid I'll have a better chance. 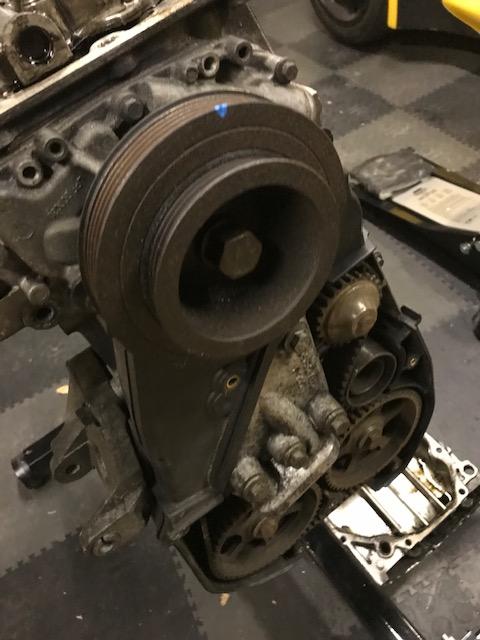 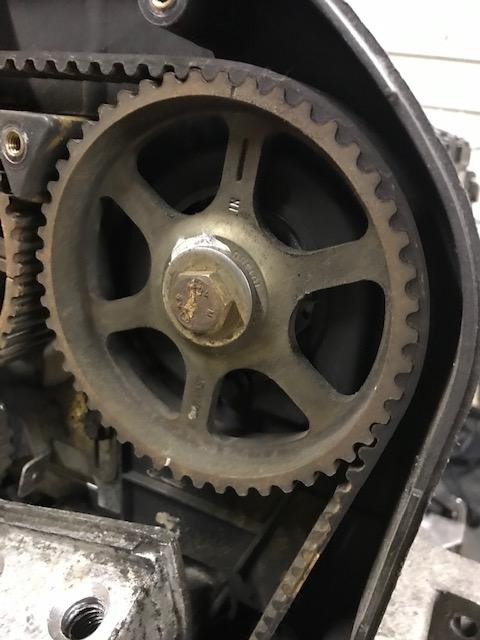 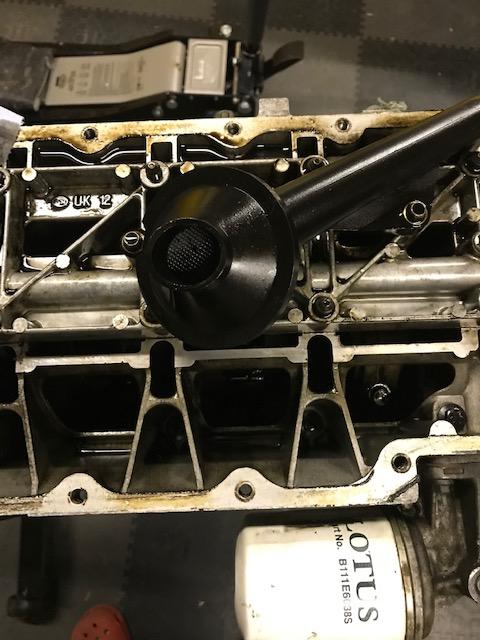 Next job is the take the cam cover off and check the solid lifters to see if the clearances are OK. If they are, it's going to be "off with it’s head".
Last edited by winthattt on Sun Jan 05, 2020 1:17 am, edited 1 time in total.
Top

Interested to see how easy the shim clearances are to check - the bulk of my experience is is with push rod engines but fancy having a go at checking my own shims.
Top

1) Yes, the long through-bolts sandwich the whole assembly together. There's been a massive amount written over the years about these and the construction method, its effect on liners, etc.
2) The 190 pulleys are the standard units, with an additional slot machined into the inlet pulley. As such it has the same numbers visible on it. Removing the bolt & washer will uncover the 'new' slot, if it's there. 190 upgrade usually had other parts fitted too, eg. 82 degree thermostat, which might be an easier-to-see clue.
Top

That makes sense. I’ll take the bolt out and have a look. No thermostat on the engine.
Top
Post Reply
53 posts