This is where we proud owners can upload information and pictures of our pride-and-joys (their Exige that is..)
Post Reply
1029 posts

What a superb write up! Great result as well for your first event!

What were your AR1 thoughts compared to the ZZR?
Top

It's unfair to judge the comparison under sprint conditions but they came in really, really quickly. My corner speeds on the faster stuff is about as well as I've ever done there, and usually I have the benefit of the tyres being hot and sticky.

I also couldn't gauge how well they lasted during a session, as that was a other ZZR strong point.

Cadwell would be a great gauge of their performance

It's unfair to judge the comparison under sprint conditions but they came in really, really quickly. My corner speeds on the faster stuff is about as well as I've ever done there, and usually I have the benefit of the tyres being hot and sticky.

I also couldn't gauge how well they lasted during a session, as that was a other ZZR strong point.

Cadwell would be a great gauge of their performance

I shall be following the AR1 saga with interest. I can hear my 52's wearing out in the garage ...
Top

Well done to you, sir! A fab achievement! I’m also very curious to see how your tyres fare at Cadwell… Have you ever tried A052 to compare them to?
Top

Getting the trailer hitched up on a morning was now the work of a moment, so I was soon on my way - but seriously tired.

Stopped for coffee to sort myself out, so arrived at track a little late... missed the sighting laps in fact. Martin @ LoT was a champ for getting me signed on, and missing some track time wasn't too concerning as I had both the day AND the evening booked! Crikey. 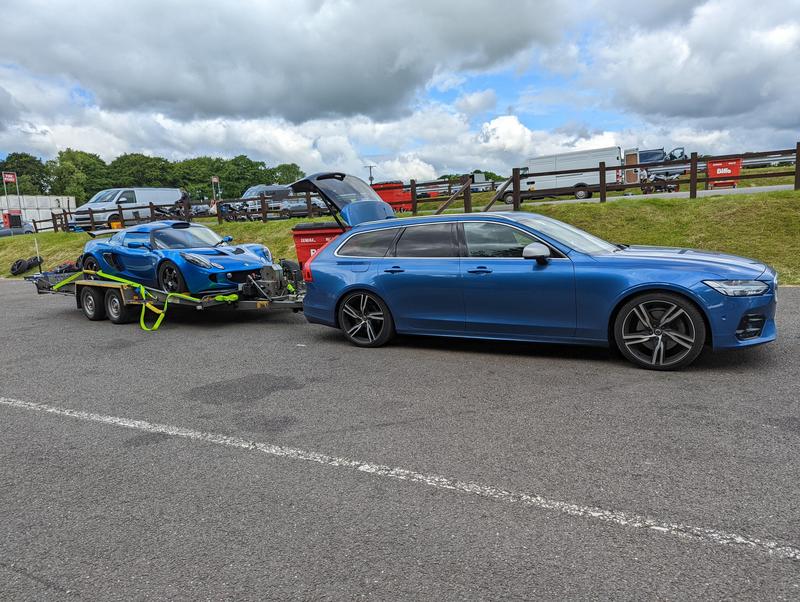 It was a sessioned day, split with MSVT Cars and for my first time ever... sharing with MSVT Bikes! So quite a mixed paddock. The evening was to be LoT exclusive OPL so I was looking forward to that after a chilled day, probably missing every other session to nap...

Our session soon came back around, so I went out with the intention of trying to find out how much these Nankangs would pressure up, so nice and steady with a slow build up. I let all other cars past and settled into a groove. A lap or so later I was catching traffic, overtook a couple of cars and then had some clear track in front of me to attempt a decent lap.

I entered the mountain in third, slight lift as I crested and then came back onto the power for a quick squirt towards the trees. I'm not sure if there was a bang, crunch or what - but suddenly the revs flared and I was bouncing into the limiter. Uhoh, no drive.

Shifted up to fourth, nothing. Down to second, we had drive - so limped around to the main straight to try 4th, 5th and 6th. Nothing at all. Oh dear

I shuffled round a full lap in second and then got to the pits. Reverse, 1st and 2nd all worked fine. Beyond that, nothing. I could select fine, the linkage was moving appropriately on top of the box and when letting the clutch out in the missing gears, you can feel the slightest bit of engagement and then just a grinding noise. 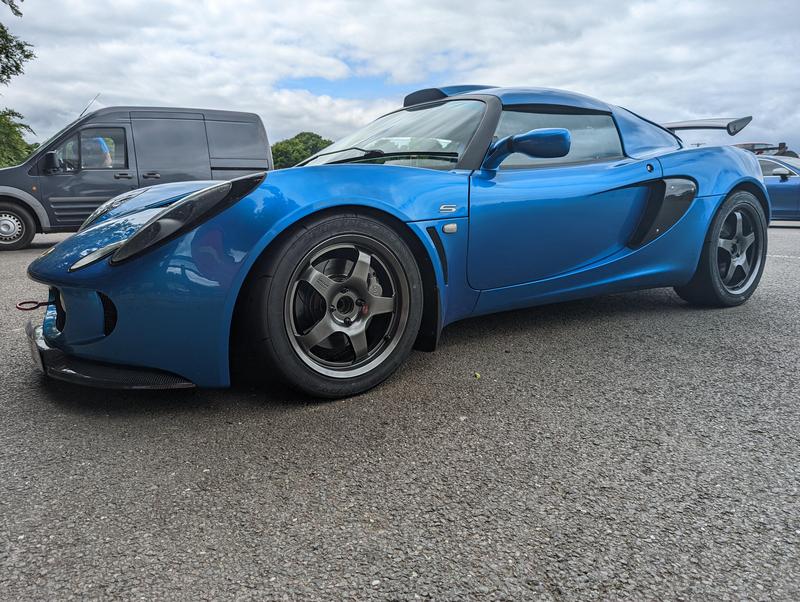 It's as if it's stripped the teeth off of four gears simultaneously, which clearly isn't possible. Final Drive must be intact, otherwise R/1/2 wouldn't work... I'm stumped. @seriouslylotus was in attendance at Cadwell as support/parts supply so John and Dave helped me rule out anything stupid - but we could only conclude it's internal to the box.

Any long time readers will know I've spent a lot of time, effort and money on protecting this gearbox. Every feasible upgrade has been done - there's nothing else I can do to make this box stronger, to my knowledge... so this sucks. Big time.

I've been aware of the C64 gearbox issues since day 1, in fact I think I reference it in my first ever post of this thread - so I've been flirting with danger for a while now, but I thought I'd done enough... I really did.

I've spoken to a few specialists, and nobody has heard of these failure symptoms before. The only theory we can come up with is a snapped shaft... probably input, maybe output - I don't know enough about the internals of the C64 to say what's feasible.

My previous rebuilder has stepped up, he's willing to drop everything and get my box stripped as soon as I can get it off the car. He's really curious, he's never heard of a failure like this.

So that's it, sorry for the build up - but Day #2 of my motorsport weekend was all over by 10am. I know almost nothing about the Nankangs, who knows when I'll next get to find out.

I need to start thinking about what's next. I have to assume the gearbox and everything in it is trashed. I can't/won't reinvest in it, to not have any guarantees. If I stick a stock box in, then what? Detune the car? No thanks. That would be end of project for me I'm afraid.

My only hope for the car is that we find an issue that was caused either by assembly error, or extraordinarily unusual/rare circumstance that all parties agree is unlikely to happen again. If I can salvage some of my expensive parts, and source a donor casing (as I imagine the cost of replacing every single bearing/component will make a replacement make more sense) then maybe I can push forward and keep going.

I'm open to opinions on the nature of the failure, a few people have guessed at it but nobody is really sure - so it will be at least a little bit exciting to find out what went off. 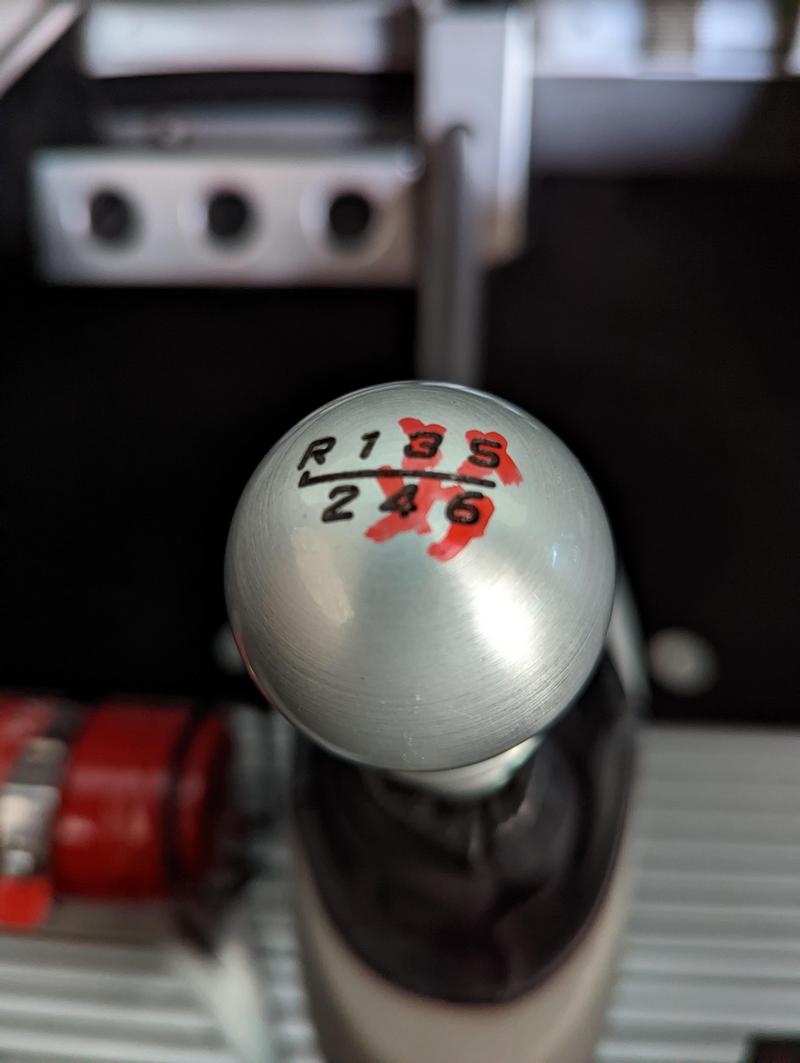 Oh mate! I feel awful for you - I thought you’d built an indestructible C64!

Oh thats a shitter and never heard of a failure like that.

You need to get the box out and stripped. With the amount of work (and £££) you have put in, that box should be more than capable.

Keep us all posted

Cheers Gents, yes it's very annoying but I've been pushing things, and perhaps the sprint launches were a step too far.

Emotionally I've bounced from returning car to standard(ish) and selling, to fixing as-was and hoping it doesn't happen again, to going totally mental and lobbing a K20 in... and various things in between.

I've spoken to a few specialists, some related to this box and the work it's had and some not. The only theory that comes up is the broken input shaft one, which is the only thing I could come up with in the paddock during the immediate aftermath. 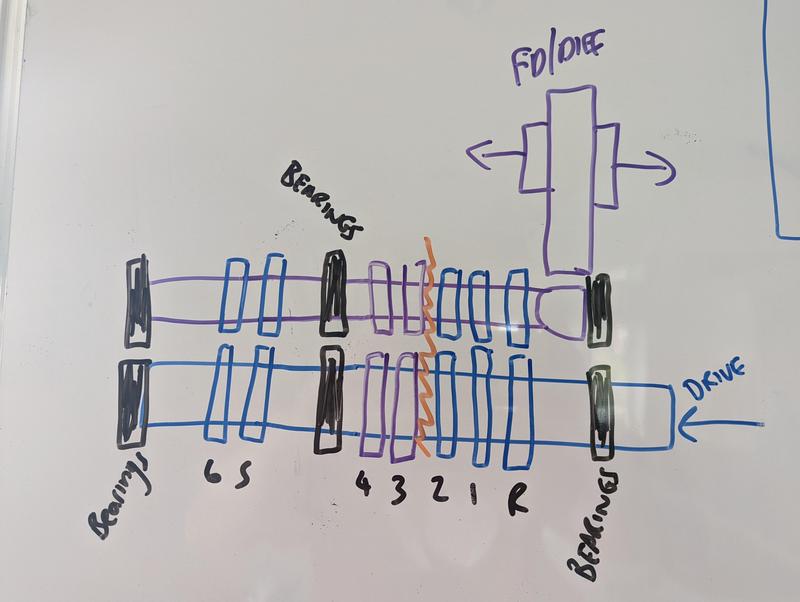 Ultimately I wasn't going to be able to make any decisions until the box was out, one way or another this car needs fixing. Started slow with an oil drain and was surprised to not find much glitter. I ran the entire lot of oil through some coffee filters and all I came up with was half a dozen little glimmers. 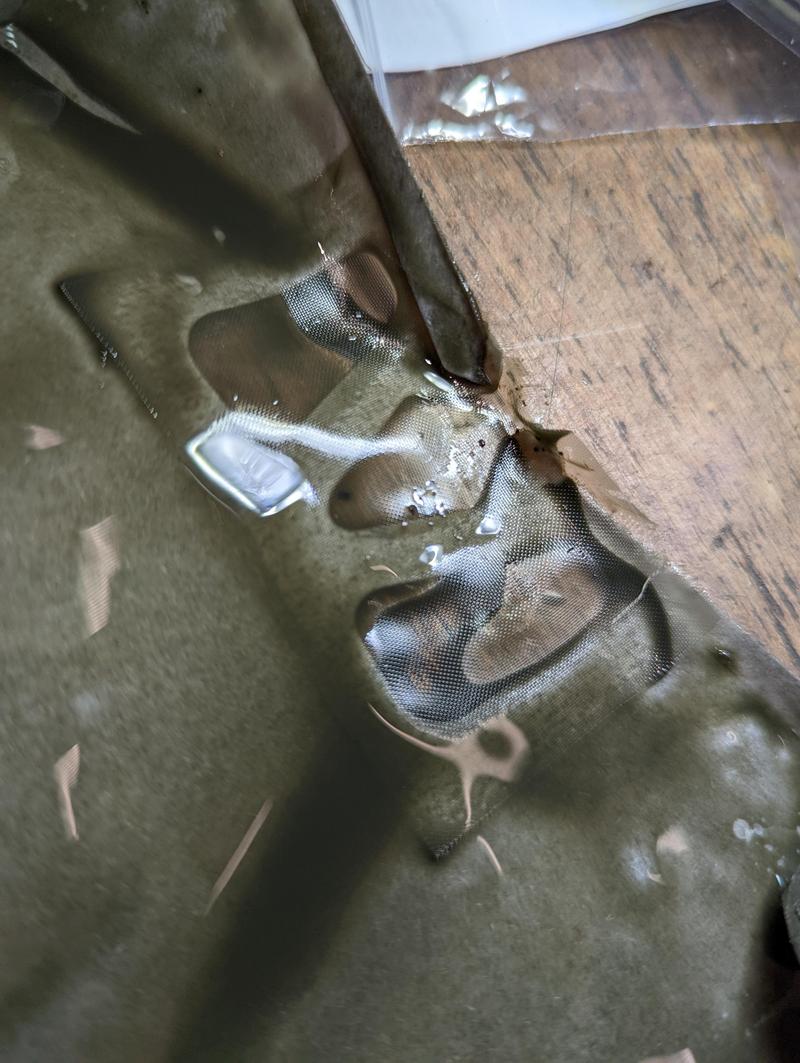 The magnet inside the casing is probably covered, but still it made me a little positive that some of my expensive bits may have survived.

Getting a bit good at this now, but box was out probably over 2.5-3hours in a couple of stints. 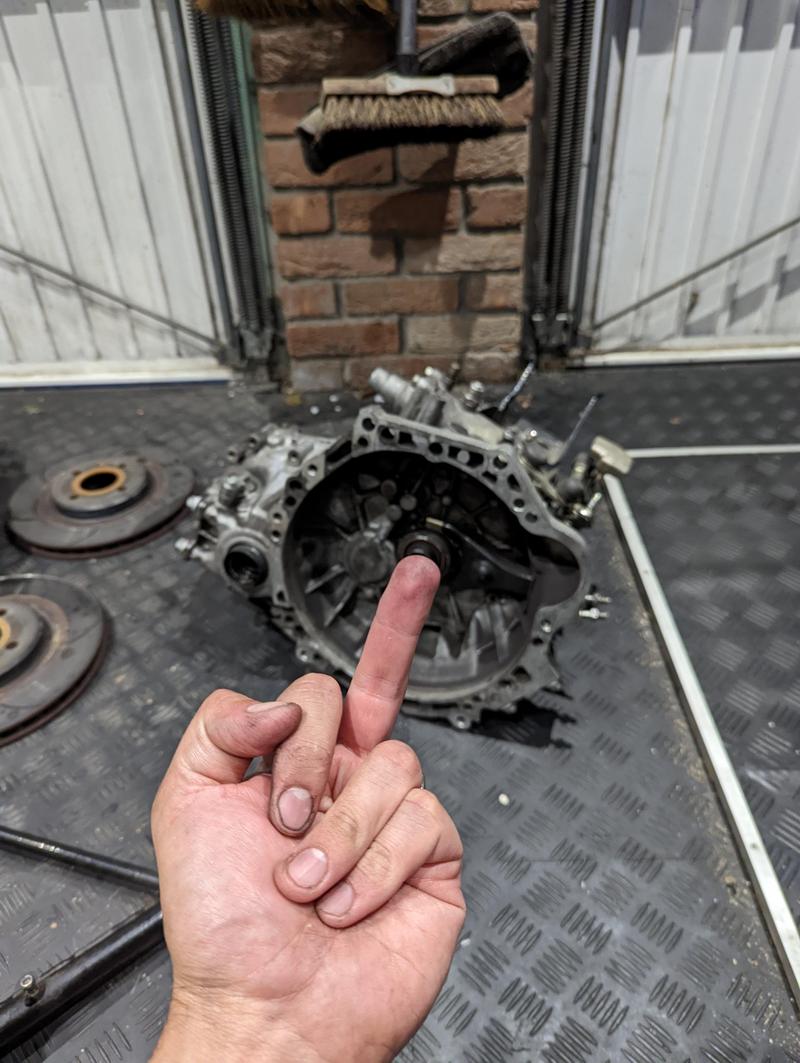 Externally everything looks, feels and smells fine. I can select all gears (by feel) using the shift linkage and the diff seems to move in all gears when spinning the input shaft. This again would lend itself to the theory that the input shaft is sheared but the friction between the stubs is enough to apply 'drive' when there's no drag on the output. As soon as the box is in the car with axles and wheels, the two stubs just grind away at each other.

I'm hoping to get the box to my rebuilder at the weekend and with any luck I'll be taking with me a spare box. The spare box is a relative unknown, but the plan is to make a decision this weekend whether any of my good bits can be salvaged. If they can be, the donor box will be opened up, inspected and my bits will go in. If my bits are trash, the donor box will probably be left alone and thrown straight into my car with a plan to remove the ECU/power modifications and then see what I want to do next.

One way or the other my hope is to get the car rolling before Croft on 1st July. We'll see if that turns out to be overly ambitious very soon...
Top

Sorry to hear about your problem. Great write-ups as always prior to the disaster. Fingers crossed for a quick (and long-lasting) solution.
Exige S1 No: 139
Top

I feel your pain and disillusion in the words. To put so much time, effort and money into the project only for it to fail is devastating. My advice would be to not make any knee jerk decisions, ultimately if you can still get it working how you want this will just be another anecdote and when you enjoy driving the car in the future you'll forget the pain it took to get there.

Or maybe this is the trigger to move onto the next thing? It sounds like you really enjoy the car though and from personal experience you'll struggle to find an alternative that checks all the boxes that a properly sorted Exige does if you still want to spend your weekends at the track.
Top
Post Reply
1029 posts