This is where we proud owners can upload information and pictures of our pride-and-joys (their Exige that is..)
Post Reply
365 posts

I like but my OCD would go nuts with trying to keep it all clean.
I'd love the pops and bangs of the Stage2 , the Larrini misses that drama.
Top

I thought I had a trackday coming up (it got cancelled

) so I put some time aside to swap my brake pads over. 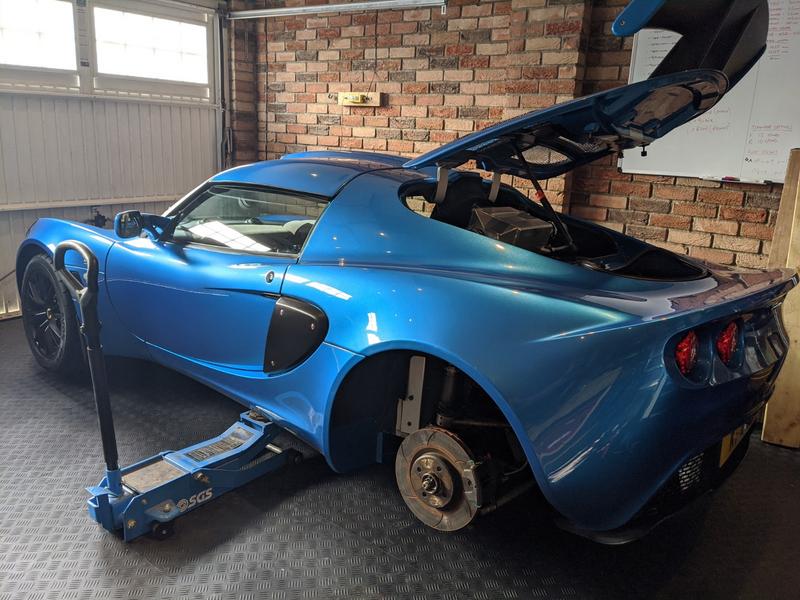 The novelty of working on the new floor hasn't worn off yet, can just plod around in the garage in socks (not advised for safety purposes) and roll around on the floor without needing to wash the clothes immediately afterwards.

I made an early start, turns out the upper balljoint makes a good cup holder - which makes four in the whole car, that must be Cayman rivalling. 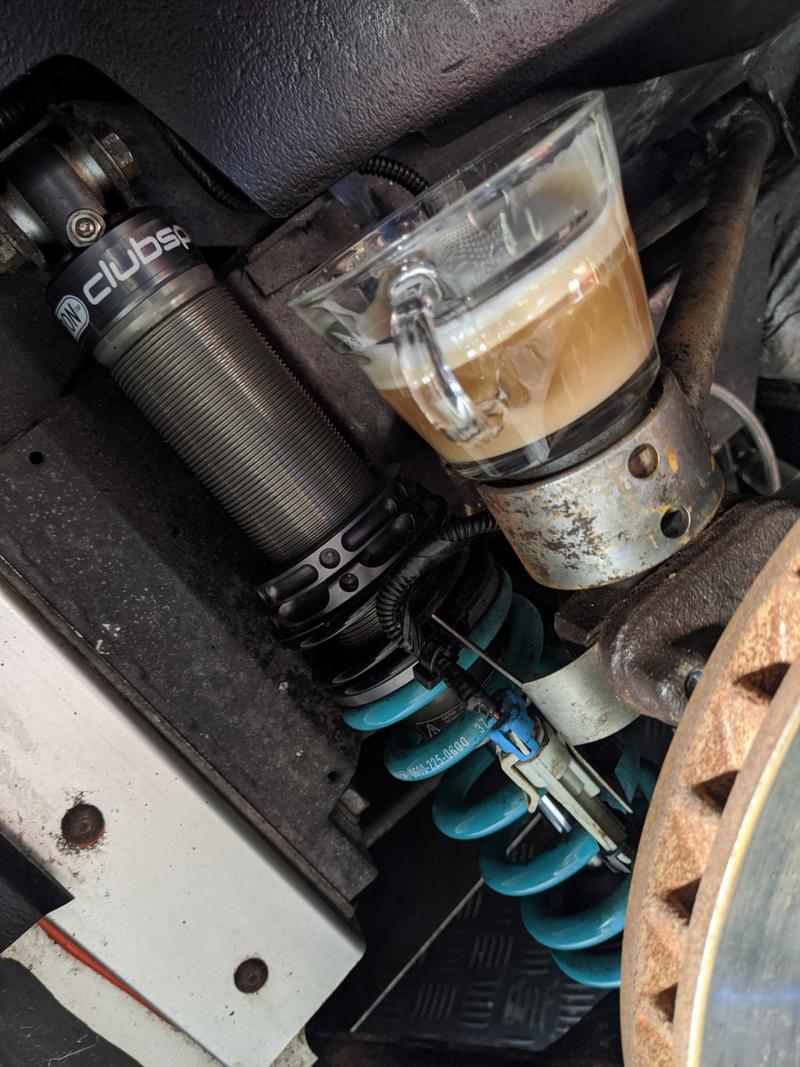 Not much to say about a pad change other than they were tiiiiiight! I measured my discs and found that they've worn an amount "less than measurable" on my cheap caliper. So in a year of 5k miles and multiple trackdays I'd gone through two sets of RS42s (or at least, through 70% of two sets) which have made approximately bugger all of an impression on my discs. 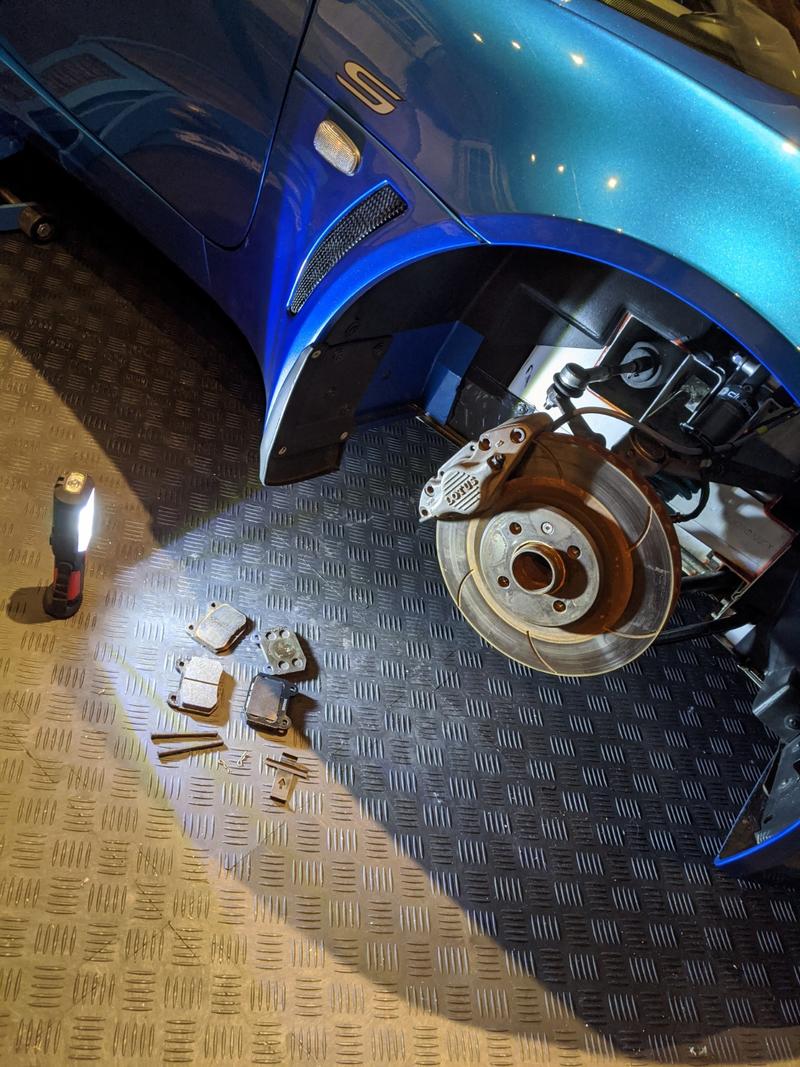 Once the world awoke I needed to tend to a domestic issue and get some spare parts for a toilet, so decided it was as good a trip as any to bed in the new pads. First impressions were very good, even whilst bedding in which is usually a bit of a 'snatchy' experience. I have to be careful not to be too harsh on the RS42s as the set I had in were 'hanging' as the kids would say.

People often refer to the 42's as feeling 'wooden' which I can best describe as having an area of 'numbness' that you need to push through to get the sharper stopping power, this leaves you little room for modulating the brakes on track but ultimately they still have excellent performance on even longer sessions. The 14's seem to have a linear braking power from the very beginning and this gives the brakes less of a binary feel. Obviously the big test will be on track, hopefully they'll wear a bit better too - even if that's at the cost of a bit of disc wear.

One of my big concerns about racier pads is squeal, but so far so good on that front too. I had a bit of a chirp from the NSR for the first few stops but they seem to have vanished since getting some bedding in done. Fingers crossed that continues because my tolerance for it is quite low.

This is adding nicely to the positive vibe I have about the car at the moment, I'm sure it's just sofa time that has numbed my senses but the car is feeling properly on its toes and ready for action. Hopefully that comes soon!

Just to prove I wasn't joyriding... 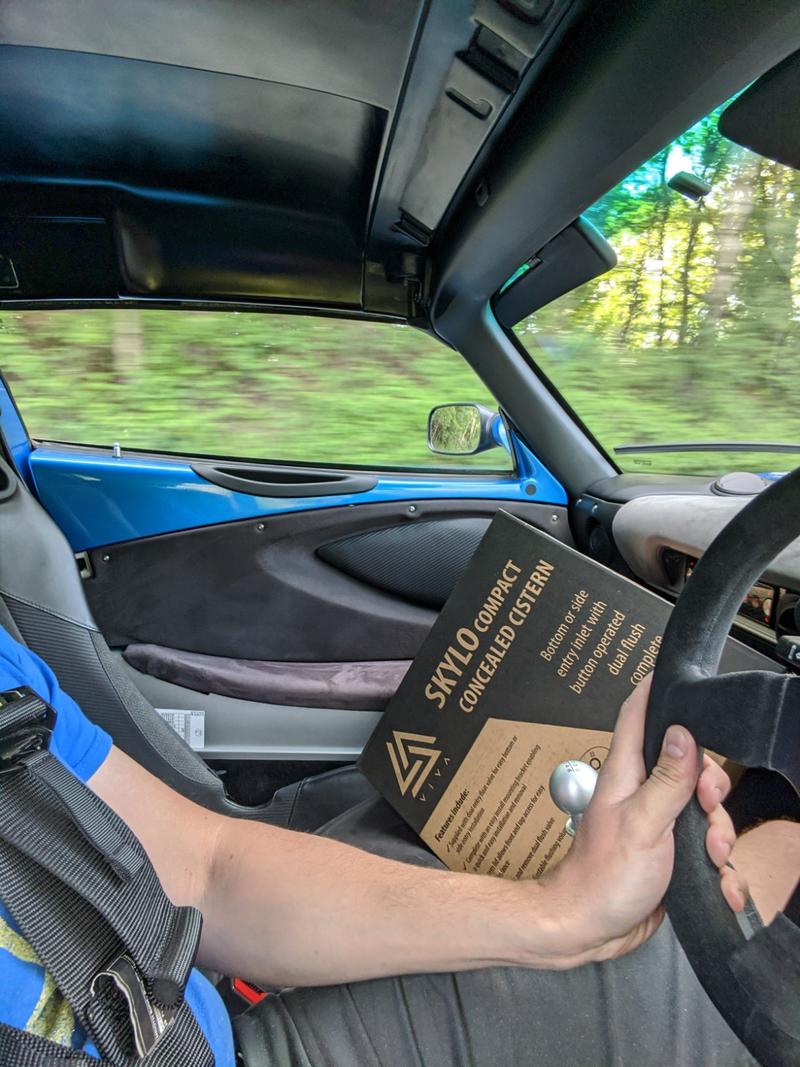 Great input, Kyle. Love the plate. I'm not a big number plate fan but having said that we have three on the three cars at our disposal!
One came with the Exige, the other two were pure indulgence,. I hope Mrs Thommo's is worth more than we paid for it. I fear that it might be worth more than the car that carries it.

Ha! Snap! I fitted my RS14s yesterday too! My old DS2500 had done 3000 miles including 3 track days and were absolutely destroyed - almost on the back plates... haven’t been out to bed the new pads in yet. Very jealous of your garage!!!
Top

Obvious question, did you put copper grease on the back of the pads? You don’t need much but it must cover the piston ring which pushes on to the pad.

Sorry if you have done that, always worked for me for many years of Lotus cars.
Top

Mine went for a mooch through the village this morning and they didn't make a peep.

I use ceratec paste on the back of mine, it's just a fancy brake specific stuff. Fingers crossed they stay quiet for me.

If you've already greased them up, might be worth just taking them out and refitting them. It sounds daft but sometimes you just subtly change their angle or position which eliminates the sound.
Top
Post Reply
365 posts