This is where we proud owners can upload information and pictures of our pride-and-joys (their Exige that is..)
Post Reply

Yes but I have had it in and out a good few times being nosey ..
Top

Side profile as Requested. @Fonzey 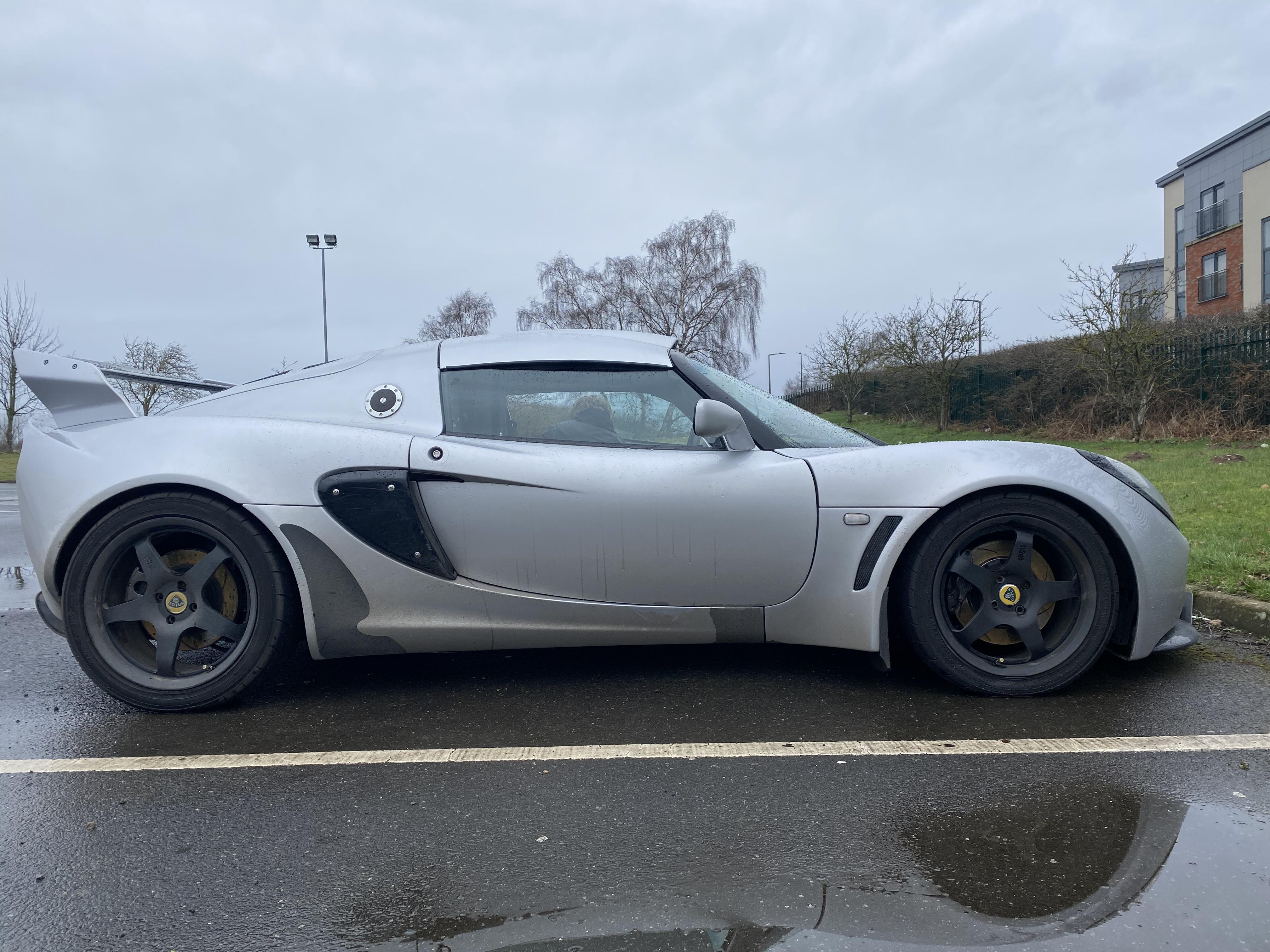 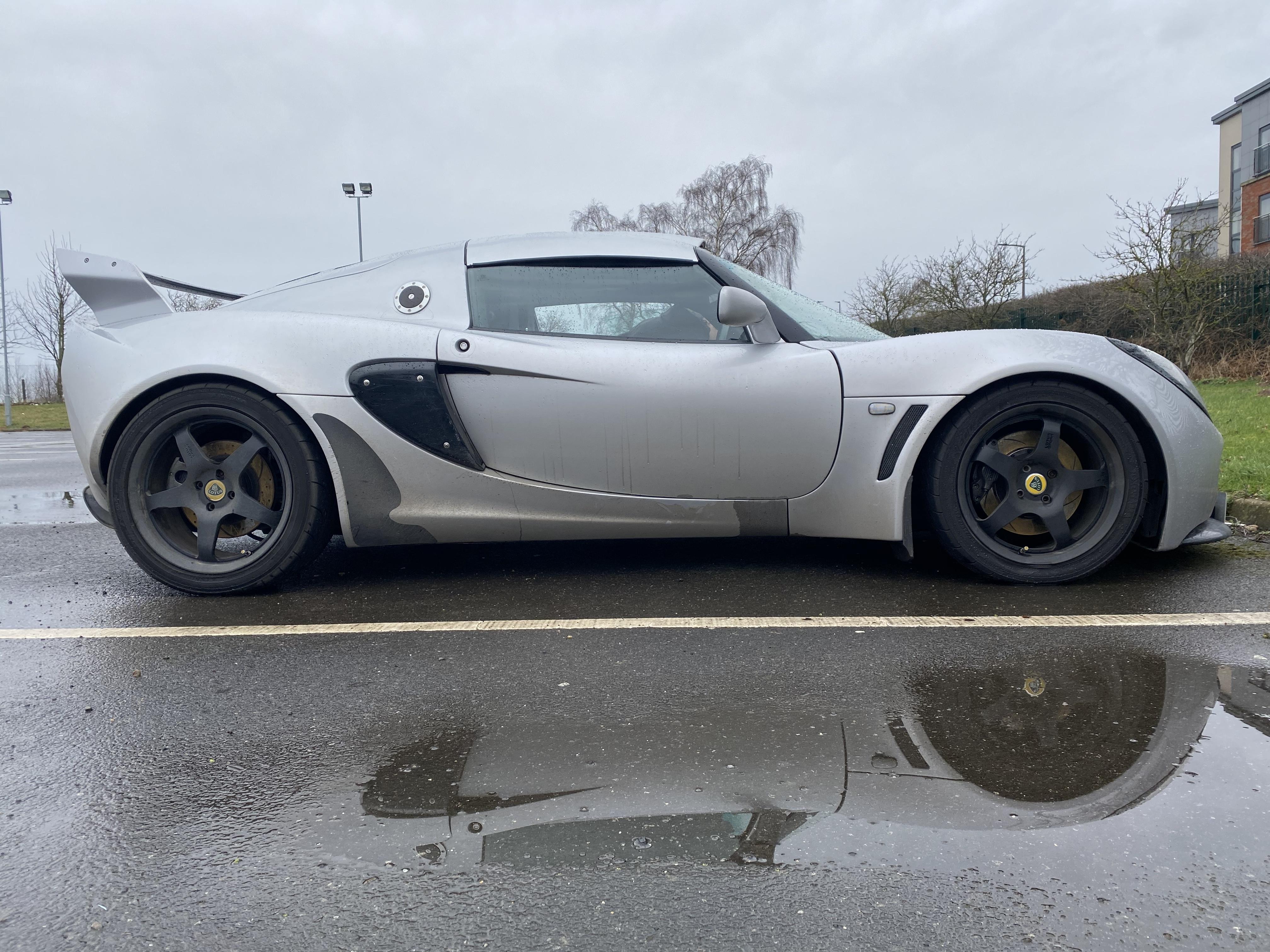 Cheers mate, looks good and yeah definitely looks lower than mine now that I can see it properly.
Top

@andybond do you know if your steering rack has been raised?

I never bothered on my Elise, but people/the internet told me that at the rideheight I had, I should have been experiencing bumpsteer. I'm not even sure I know what that is, but I'm now wondering if I should be raising the rack on my Exige. As far as I know it's achieved by sticking some shimmed brakets into the footwell bolts that go into slotted holes in the chassis. Cheap to do, if not a total pain in the ass due to positioning.

Not sure whether this would have a negative impact at a certain rideheight, and positive once dipped below a certain height - or if it's just universally a good thing to do?!
Top

Not in my ownership but I am not saying it hasnt.
I get no bumpsteer at all. It feels superb.
Top

Cheers Andy. It seems to be a topic that lots of people talk about but I don't actually know anybody who's done it other than a good friend who runs a VX.

I talked to Dan @ HPE about it briefly this morning and he said that he did it once years ago on a car that was 'extremely' low but just hasn't felt the need to on anything running a sensible amount of ride height. I'll leave it alone I think.
Top

Fonzey wrote: ↑
Tue Feb 18, 2020 11:23 am
Cheers Andy. It seems to be a topic that lots of people talk about but I don't actually know anybody who's done it other than a good friend who runs a VX.

I talked to Dan @ HPE about it briefly this morning and he said that he did it once years ago on a car that was 'extremely' low but just hasn't felt the need to on anything running a sensible amount of ride height. I'll leave it alone I think.

Dan and I are both extremely happy with the height of the car and I am delighted with its handling characteristics. I would trust Dans judgement on this one

Suspension aside for a minute...

I 'fixed' my OS indicator.

On my Elise my OS indicator made a bid for freedom whilst doing the NSL due to a broken clip, I solved that by drilling a hole in it and tying it with string to part of the radiator shroud under the clam. When I bought my Exige I checked the security of the indicators straight away and found one close to making its own escape, not snapped like my Elise but the nub of the clip had worn right down.

I tied it at the time, but decided to 'fix' it properly with the Lotus documented fix: 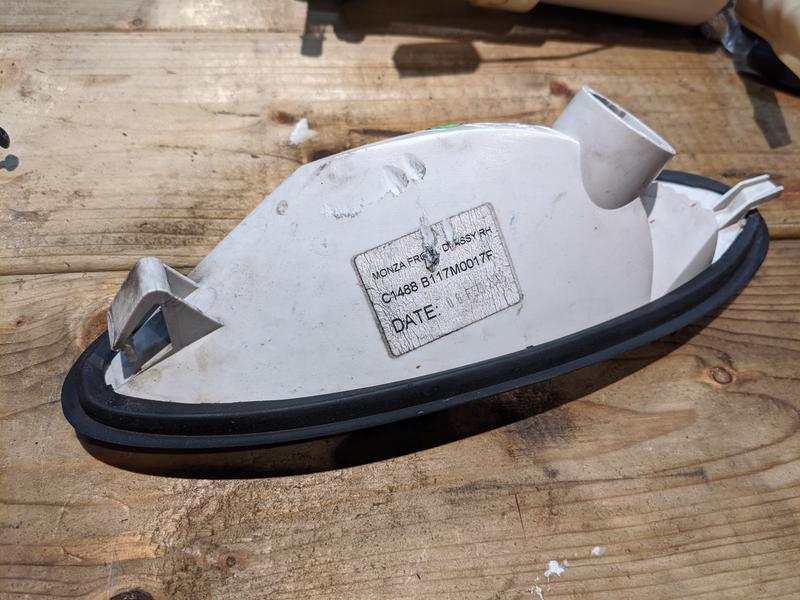 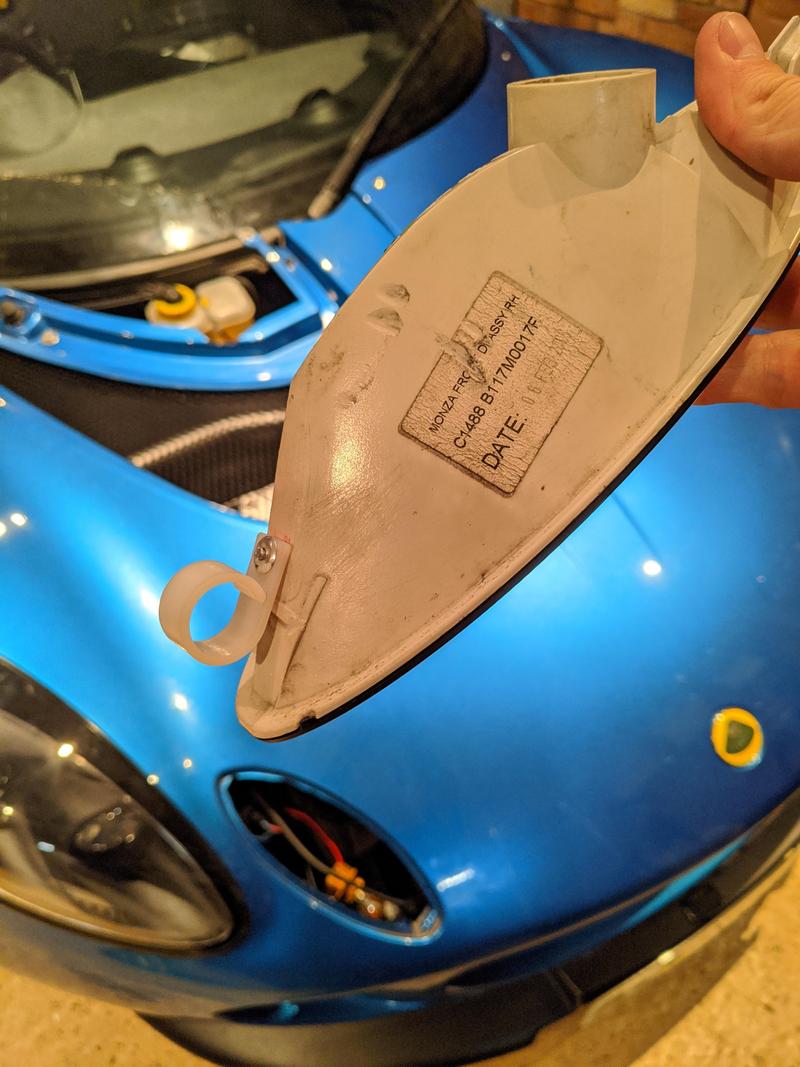 It actually seems like a nice solution, grips the indicator in place much better than the OEM setup so I'll sort out the NS proactively too.

With that sorted I made a start taking the interior out... 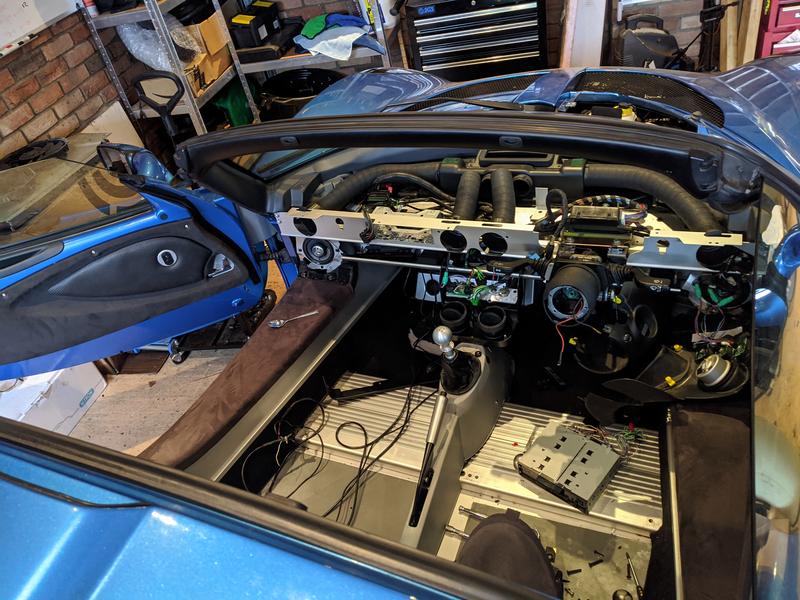 I ripped out the old gauge and wiring and got to work on my new one. Recycled my previous ISO adapter and put my new loom-tape fetish to good use. 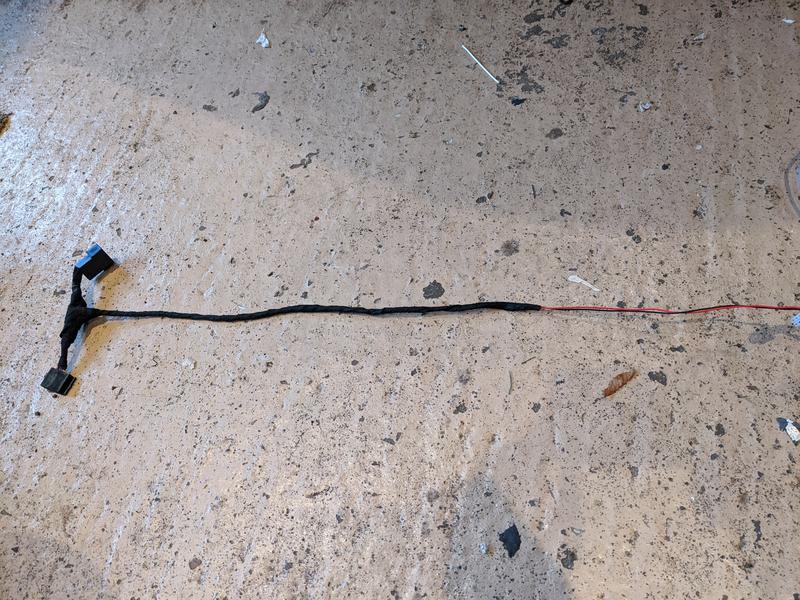 The SPA gauge comes with some wiring that looked like it would be too short to reach the engine bay. I got in touch with them and they offered to make me up a new set of wires FOC I just needed to give them the measurements. With this in mind I wanted to mock up the install, but decided to try an alternate wiring route to try and make the existing wire fit. As the gauge is in the driver side vent, I decided to run down the sill pad instead and round the back of the driver seat into the central grommet down into the engine bay near the sump. With this new route it was pretty much a perfect fit so no new wiring needed. 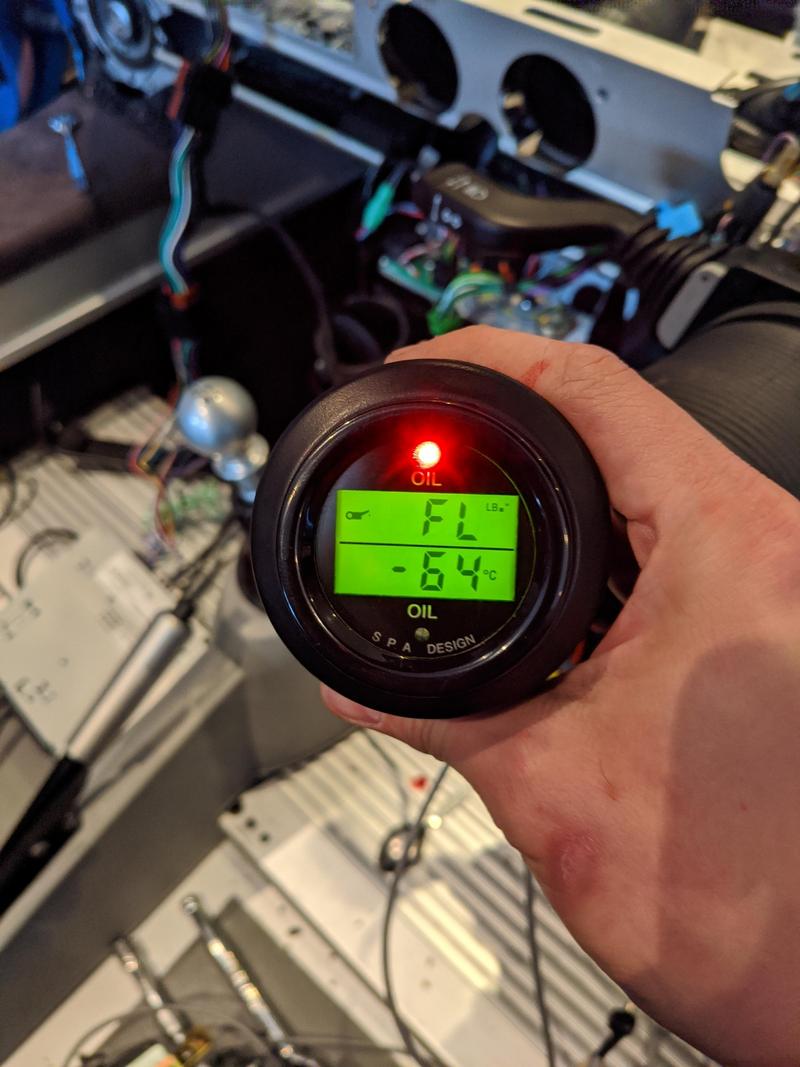 With the interior out I also took the opportunity to lift the fuel pump out. The only reason to do this was for a quick check over as I've had the odd bit of fuel surge on track which in fairness is quite normal for these cars on sticky tyres, but after having a similar issue on my old Subaru I wanted to check for an easy fix such as the filter sock having fallen off... 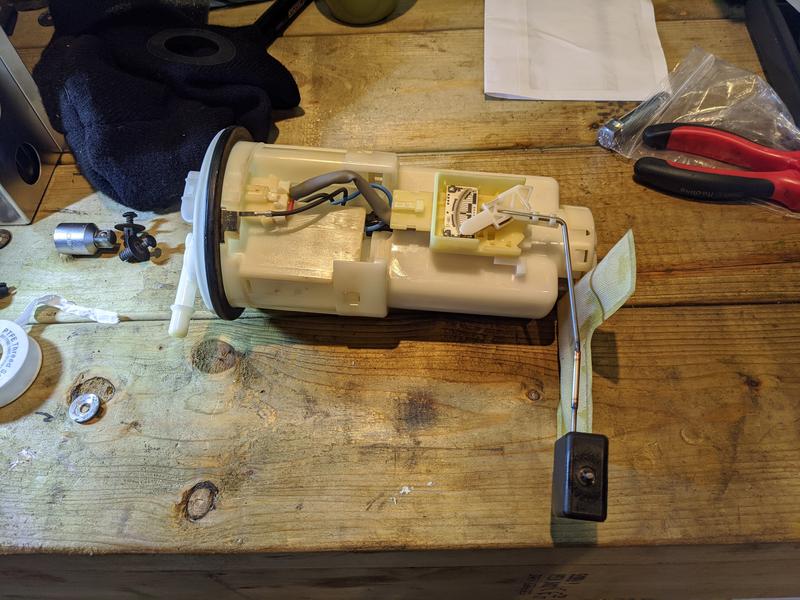 No such luck, sock very much attached but whilst out I decided to get on the phone to Gaz @ Spitfire to see if he could ID the pump in it. My car has an uprated pump to handle the 260 upgrade but I wasn't sure what it was. I took the pump to Gaz as he could dismantle it and rebuild with new seals on hand if needed and he identified it as the denso item that Lotus fitted to the 260 cups. One thing led to another and we ended up deciding to put one of Gaz' uprated pumps in it which would flow more than the denso if needed and would just future proof me even if I ever needed it. Denso is still fine though and only 5000miles on it so will stick it on eBay or something.
Top

As for the aforementioned fuel surge issues, need to look towards a new larger capacity/baffled tank I think.
Top

I have a gaz pump on mine! Great bit of kit!