This is where we proud owners can upload information and pictures of our pride-and-joys (their Exige that is..)
Post Reply
75 posts

Looks fantastic! Donny on Friday,..come on get it booked.

Really sorry I let you down on the lamp covers bud! I'm such a sieve brain sometimes. To be fair your shiny new ones look a lot better than my scratched old ones...
Top

Time for an update.

After a track day in2020 I decided to remove the rear clam just to have a poke about and see if everything was ok. 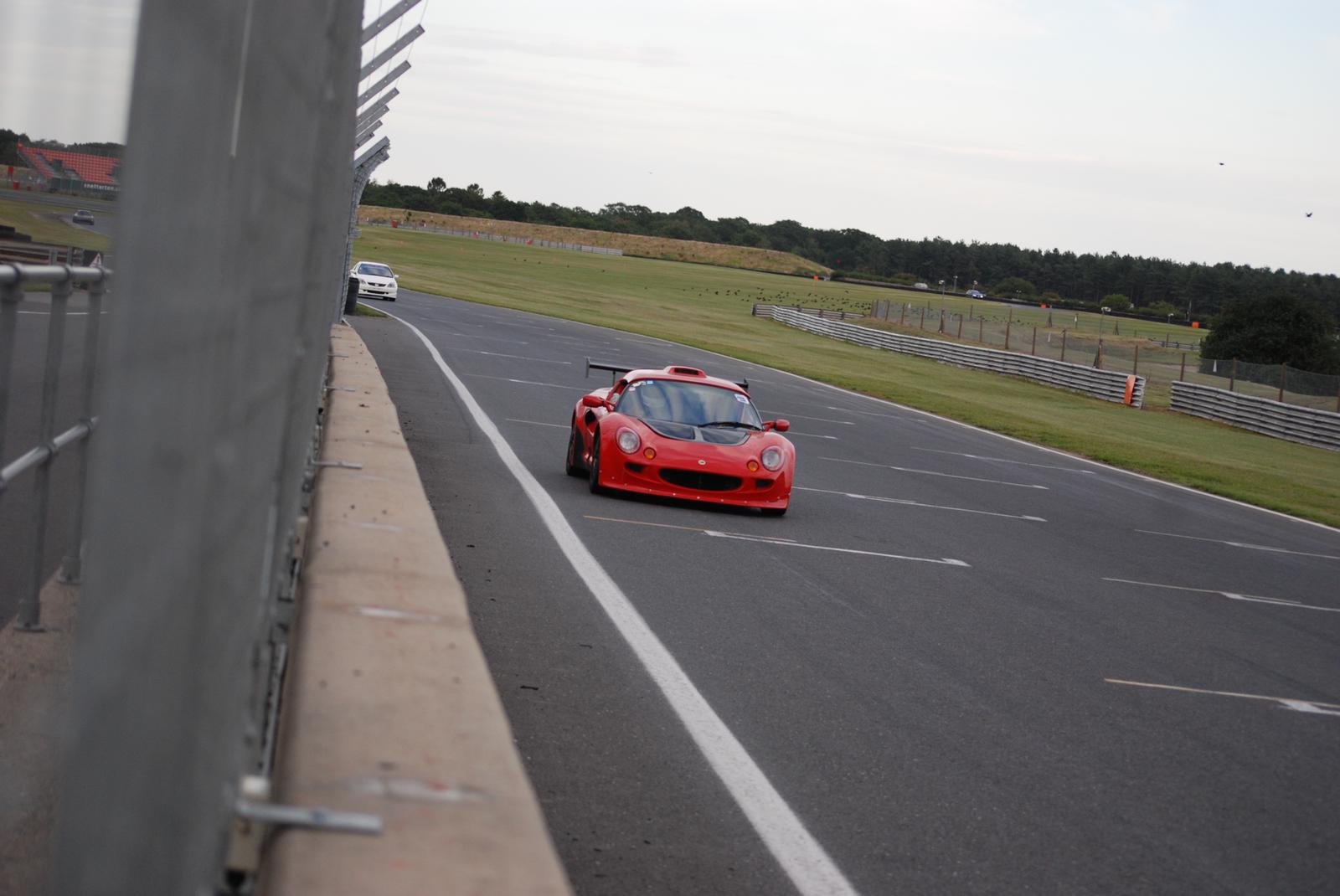 I noticed some of the rubber fuel hoses were quite badly perished so decided to change them. One thing led to another and before long I had the engine out. 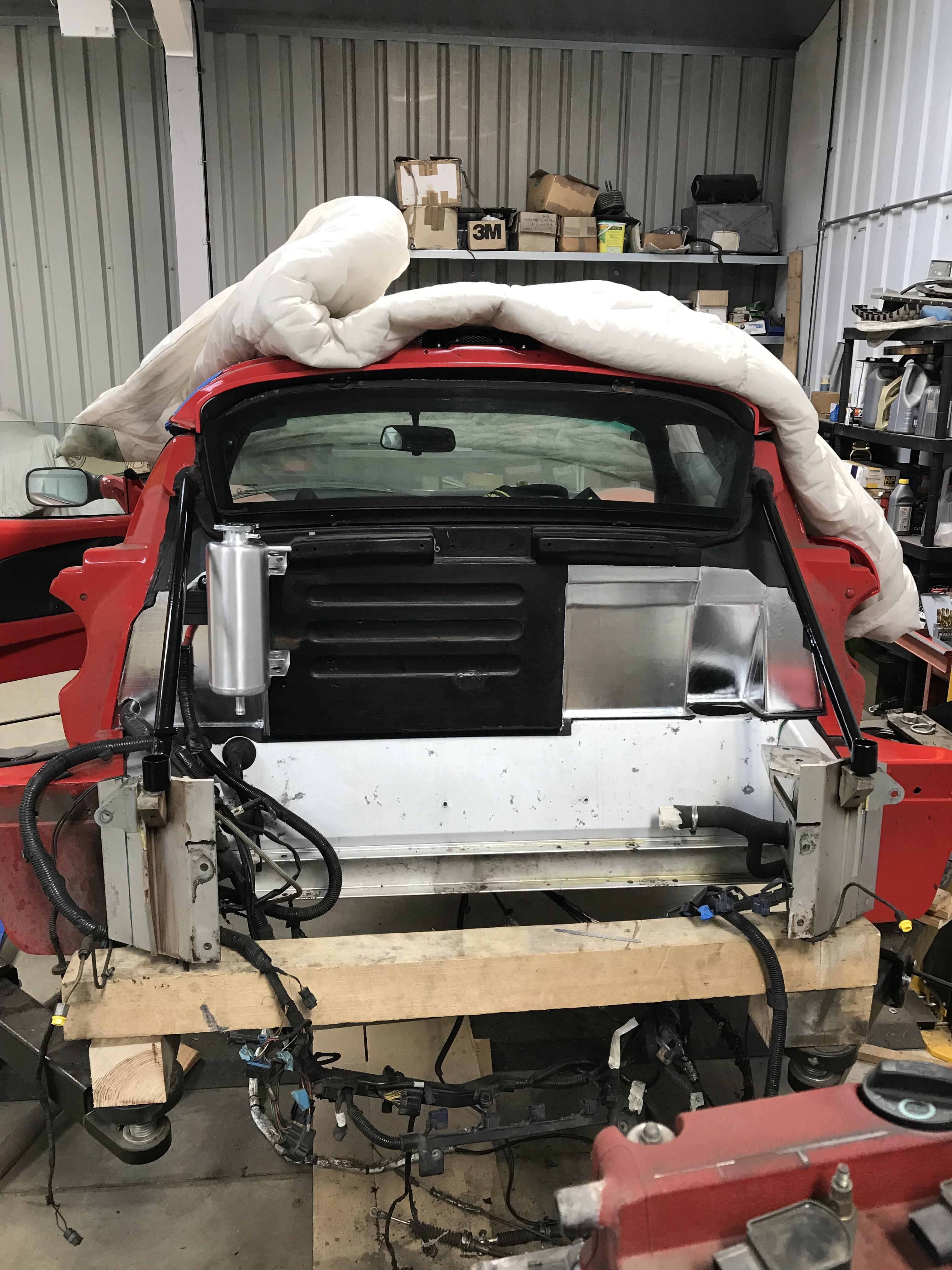 Actually I found a few more faults I couldn’t live with, including a cracked and bodged welded gearbox casing, tired engine mounts and so I decided to refresh the engine bay a bit.

Once the engine was out I stripped off the old sound and heat shield from the bulkhead. The induction kit i am using is an ITG carbon air box for the civic EP3, it is mounted to the left of the engine block with the intake nozzle pointing towards the side scoop. Except I couldn’t put a duct to it, because the fuel filter and regulator were mounted to a plate, in turn mounted to the roll bar stay. I decided to move these to the bulkhead and in an effort to neaten it up bought a new filter and regulator which has a return built in, doing away with a t piece. 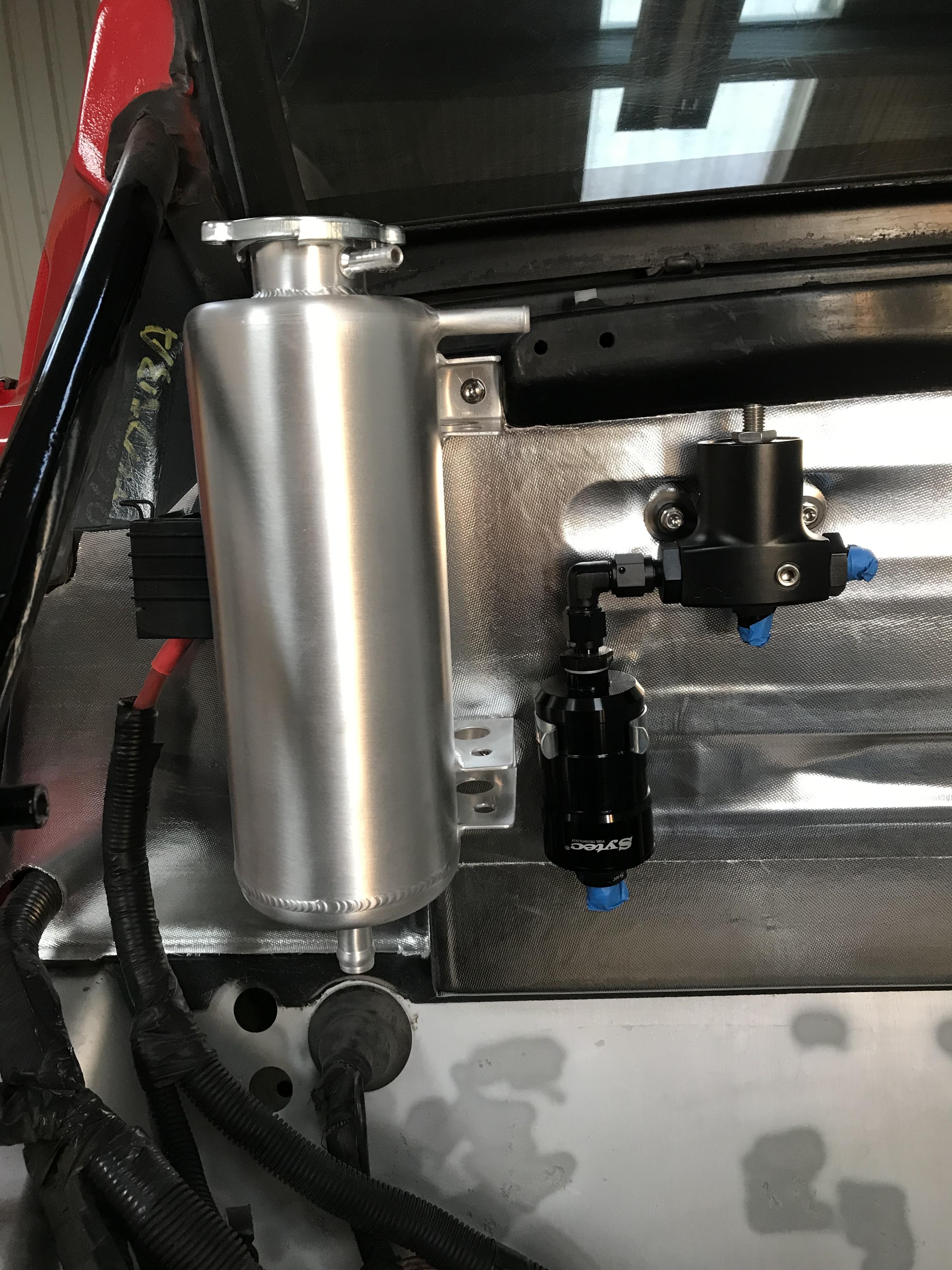 Another thing that bothered me was the steel coolant pipe that comes out the top of the thermostat then goes to the back of the engine, where in a civic it would have gone through the bulkhead to the heater. But on an Elise conversion it then turns through 180 degrees over the gearbox to t into the heater/header tank. I wanted a better solution so purchased the K-tuned V2 thermostat as pictured here. 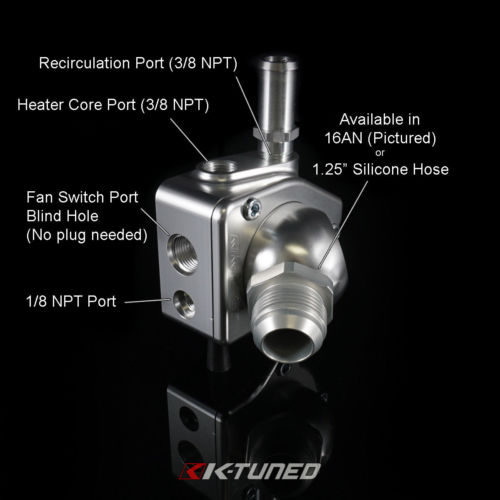 The ports for the recirculation and heater are threaded to accept, in my case, -10 ORB fittings, which I have fitted with 5/8 hose barbs. The recirculation hose fitted fine and I’m hoping to simply run a hose across the bulkhead to T in to the header tank/heater.

When I head Dan at HPE was designing some new billet engine mounts I knew I had to replace mine for a set. I dropped off another k20 gearbox for him to clean and replace parts as he felt necessary. Recently I went to collect the refreshed box and the mounts. 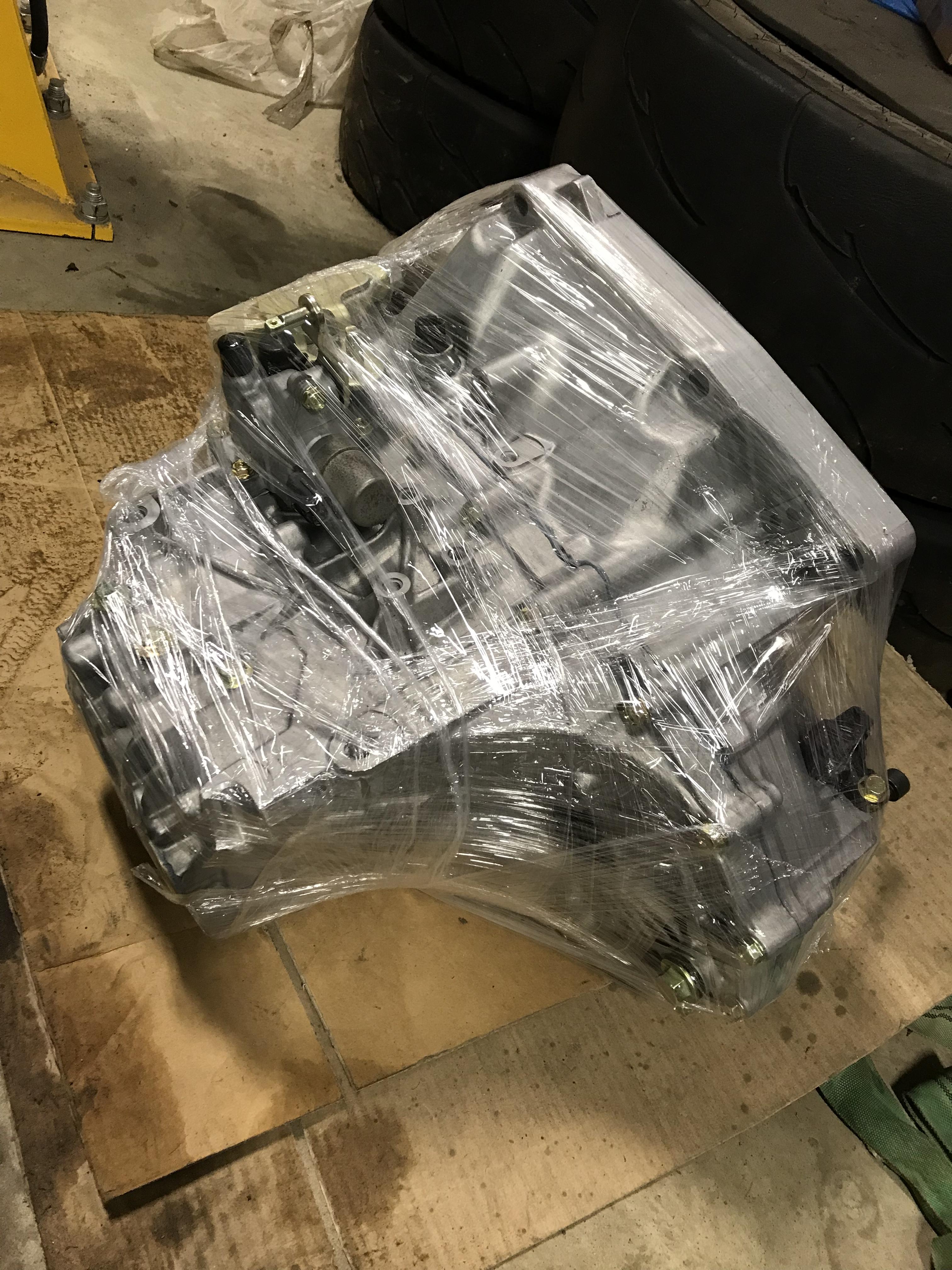 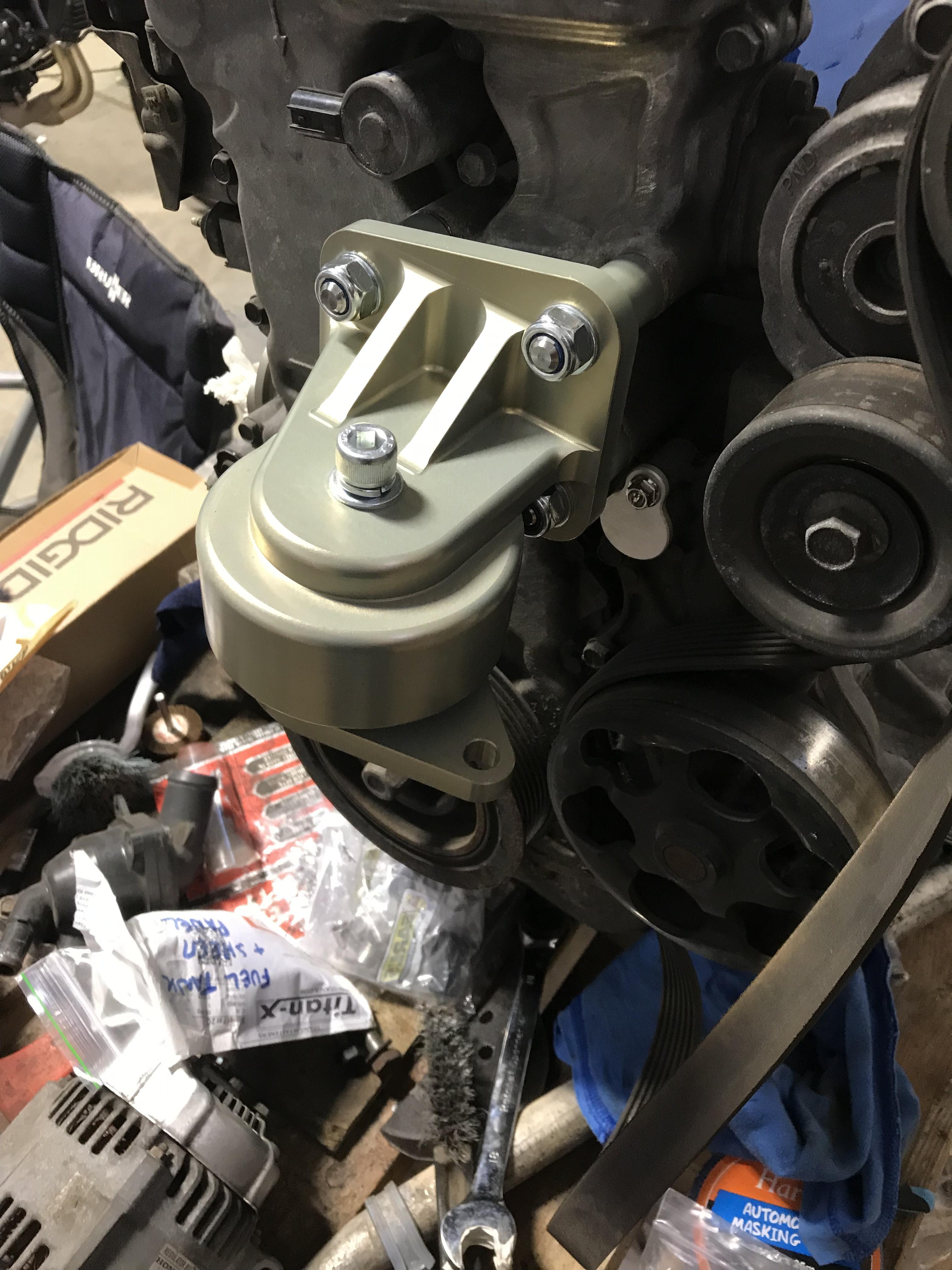 The engine and gearbox went straight back in so I could finalise mocking up coolant pipe work and the laminova oil cooler. 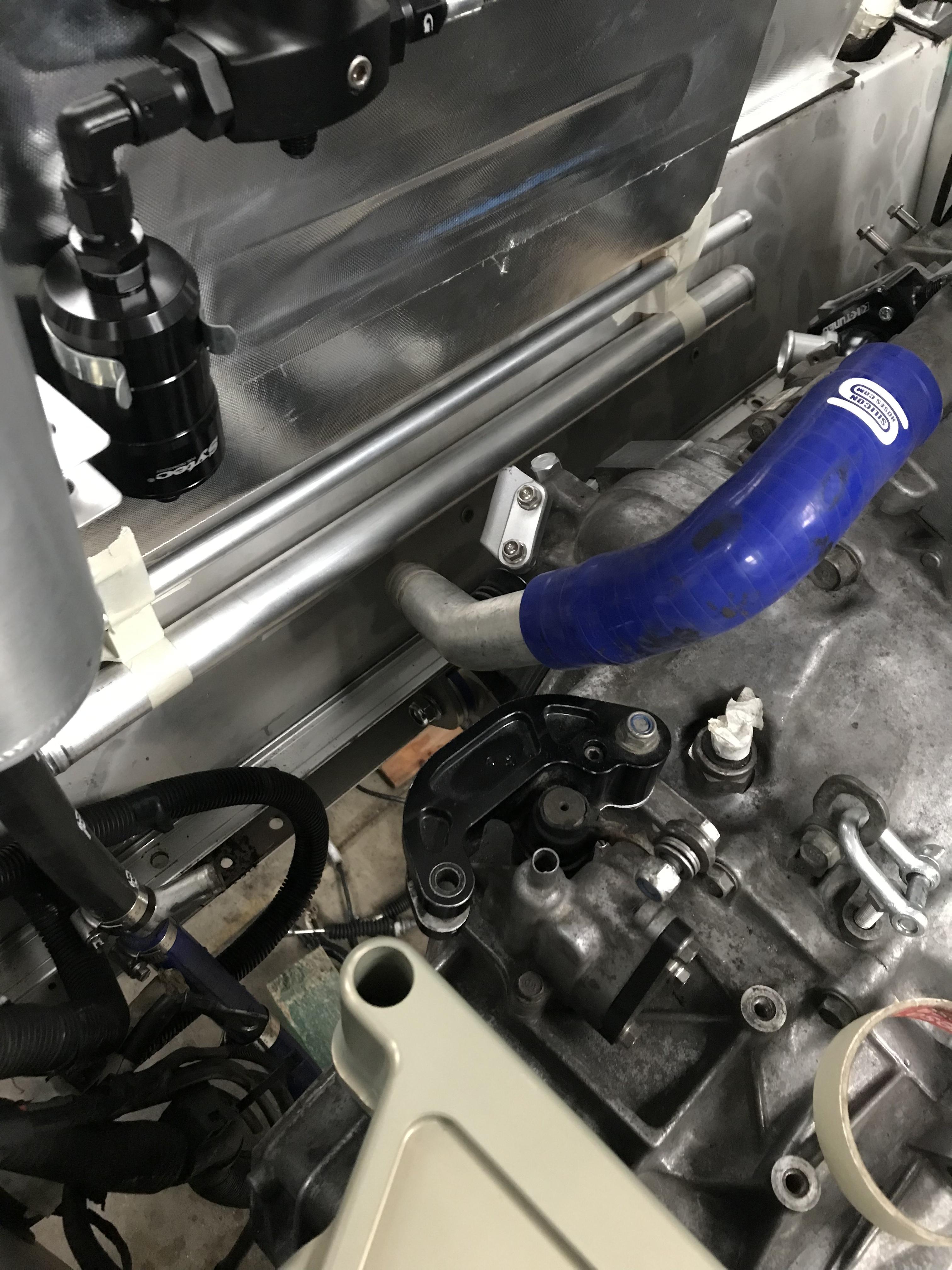 That sort of brings me up to date, hopefully things can keep a bit of momentum now and have the car back together to start using it again next year.
Top

If anyone could tell me where those 5 years went I’d be grateful!! Thought I’d keep it all in one thread, for my own record really.
Top

I am literally living those five years right now.