This is where we proud owners can upload information and pictures of our pride-and-joys (their Exige that is..)
Post Reply
177 posts

Very informative on the accusump. Thanks for the post

ade wrote: ↑Fri Mar 26, 2021 12:12 pm I had an Acusump on my car and even with a baffled sump it was clear it was used, the fact it would have hot oil in it after a session meant it was topping up pressure as required then refilling with hot oil, I'm glad you have left it in

It is defiantly working, like you I've felt it heat up so it definitely takes oil in throughout the journey not just on start up. I also put a GoPro in the boot with a light and drove about, gauge defiantly goes up and down and thats just on the road. It seemed many didn't get how they worked so were dumped, I saw various references to them being extra oil pumps and needing power for a motor (which made no sense as there is nothing going to the tank.

Hopefully with the enlarged baffled sum from Dave and the Accusump I am as safe as I can get with the engines getting rarer and rarer - it felt like you could grab a spare for a few hundred not long ago, now they are very thin on the ground!
www.instagram.com/constantdetail
Top

Wheels now back colour looks good, the milling in the spokes show up well which is exactly what I was trying to how up v's the black wheel

Here they are under daylight: 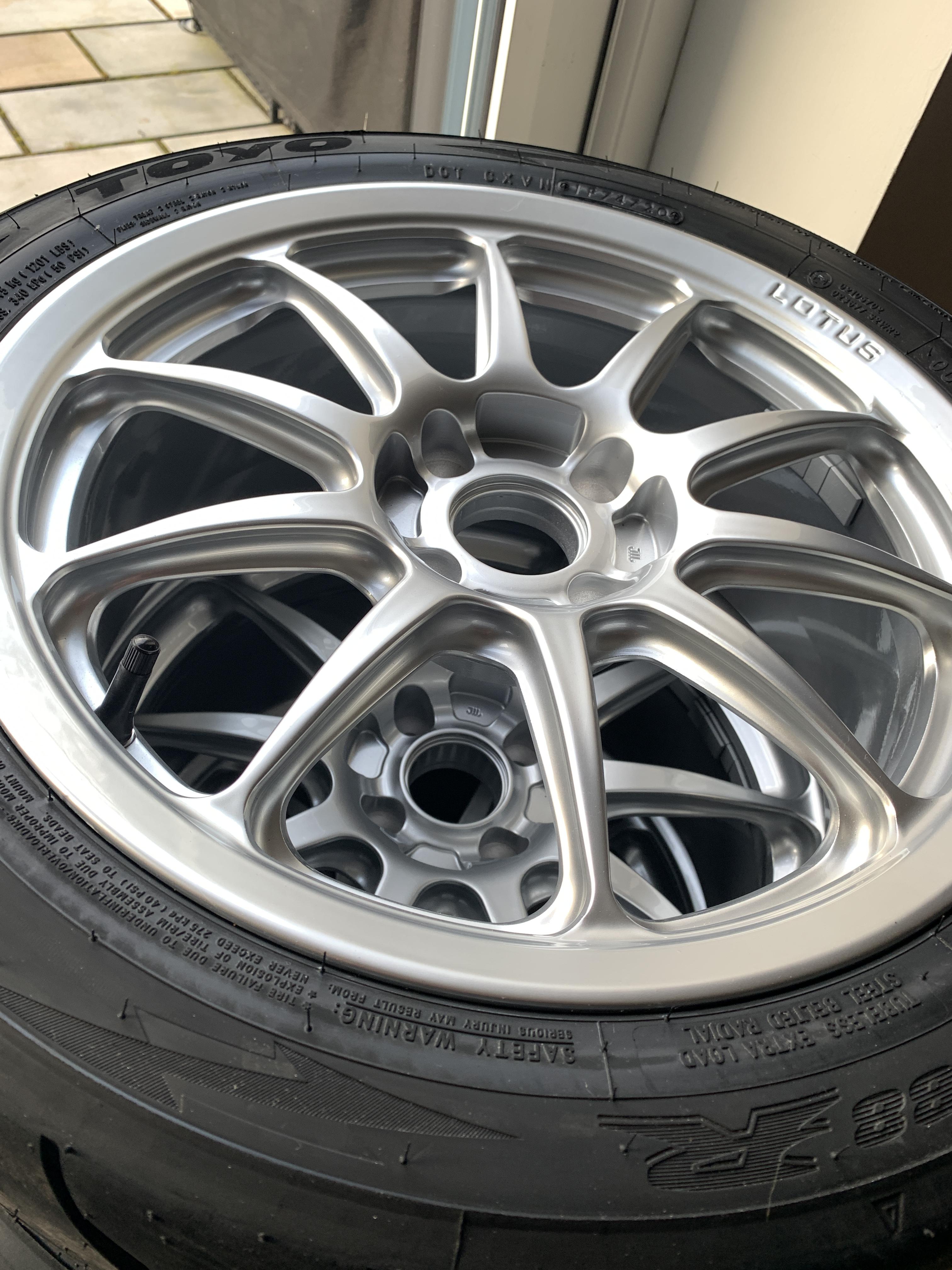 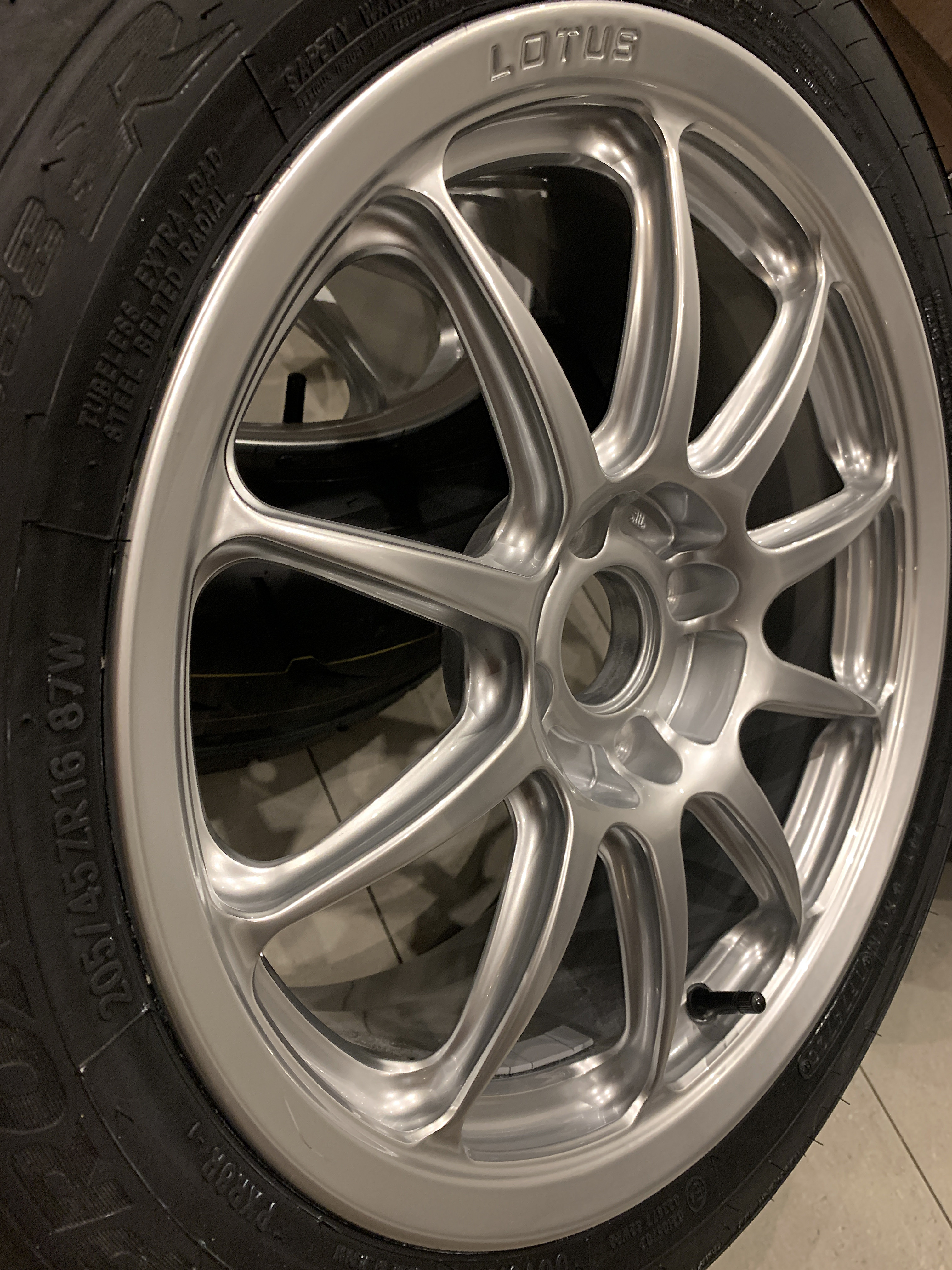 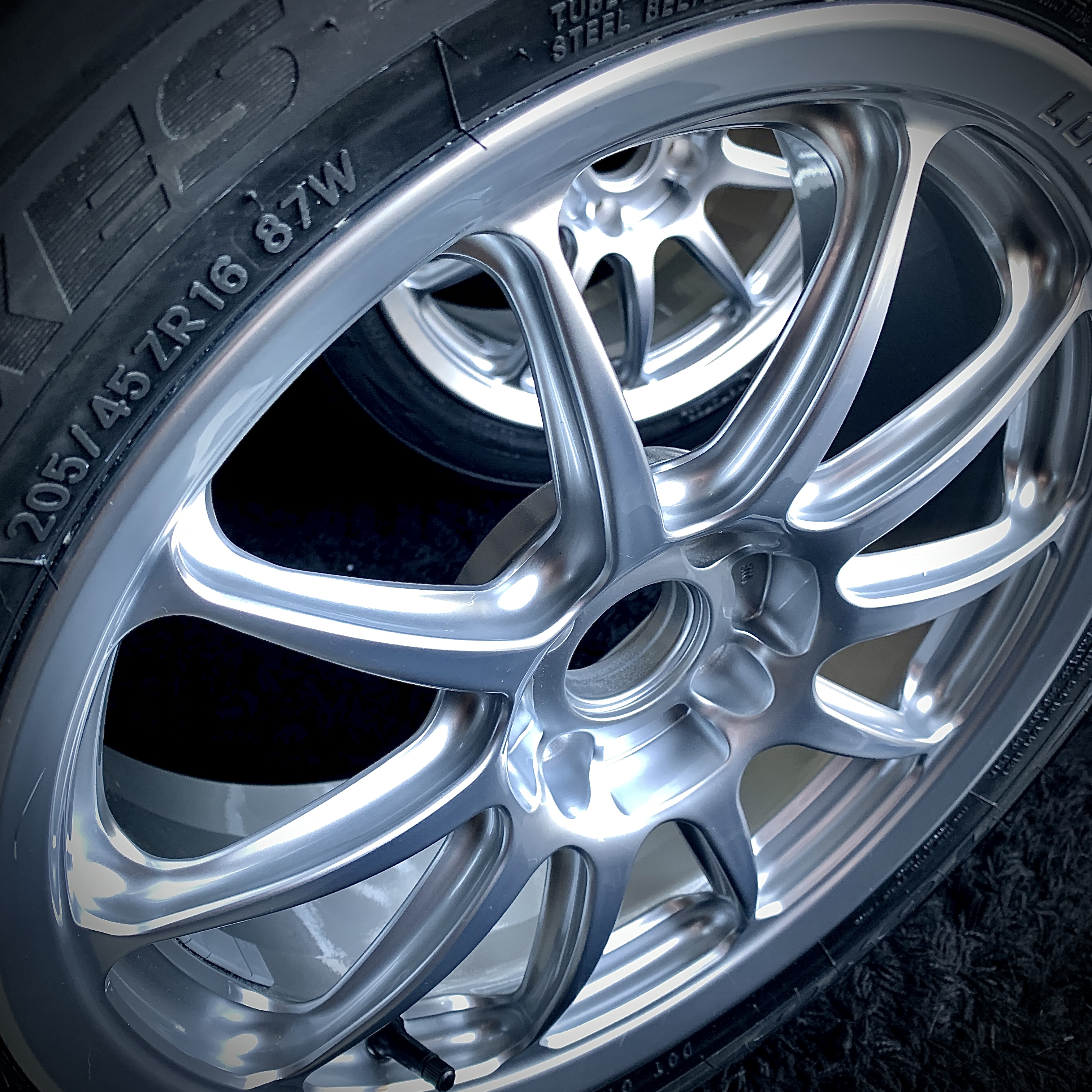 So they appear to have a bit of life to them depending on the light colour and angle of light, which is what I was after. If I had gone for a black base coat I would have got a more chrome finish...

I'll let them settle for a few days, then properly inspect then hopefully coat them…

Rear Bulk head was reinstalled, but of a bugger being a bit more bulky with the Alcantara, overall happy with the results - room for improvements no doubt, but dot lift the interior 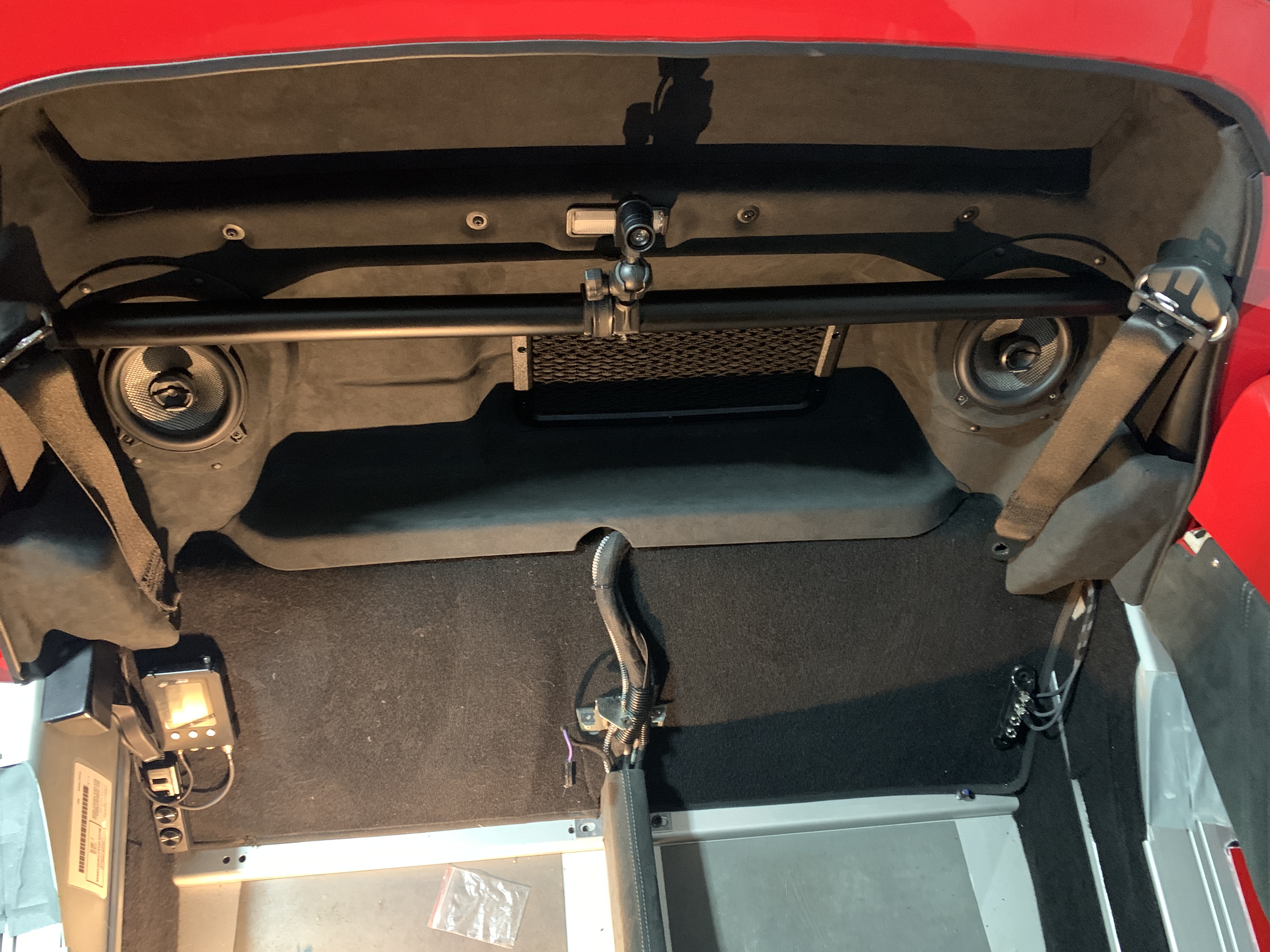 Bullet cam for the SmartyCam was routed through the bulkhead, need to set up final alignment later 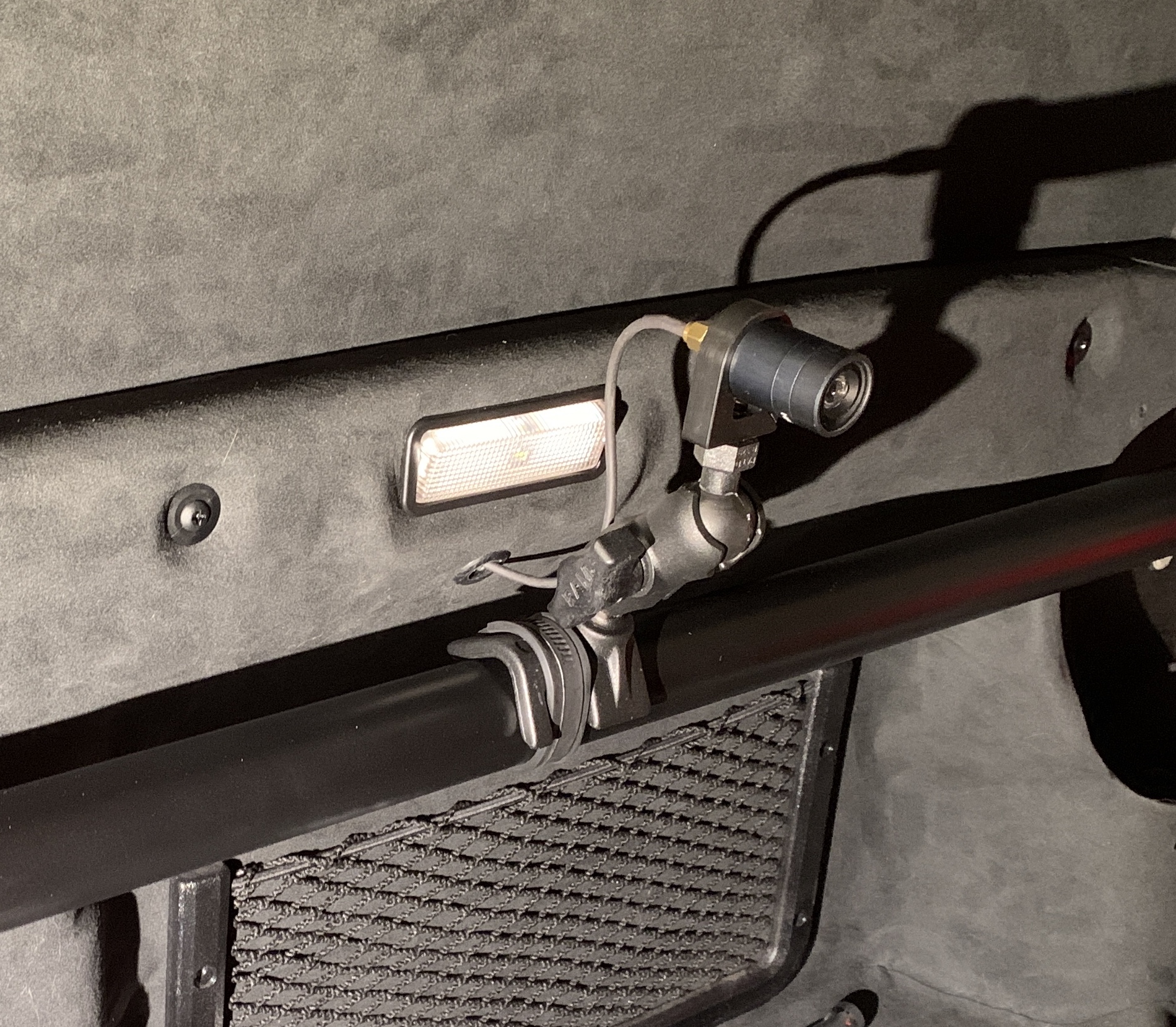 The mount as the AiM one but I suspected it was. RAM mount, and on arrival that’s exactly what it was. Here are the part numbers if you want to make up your own kit 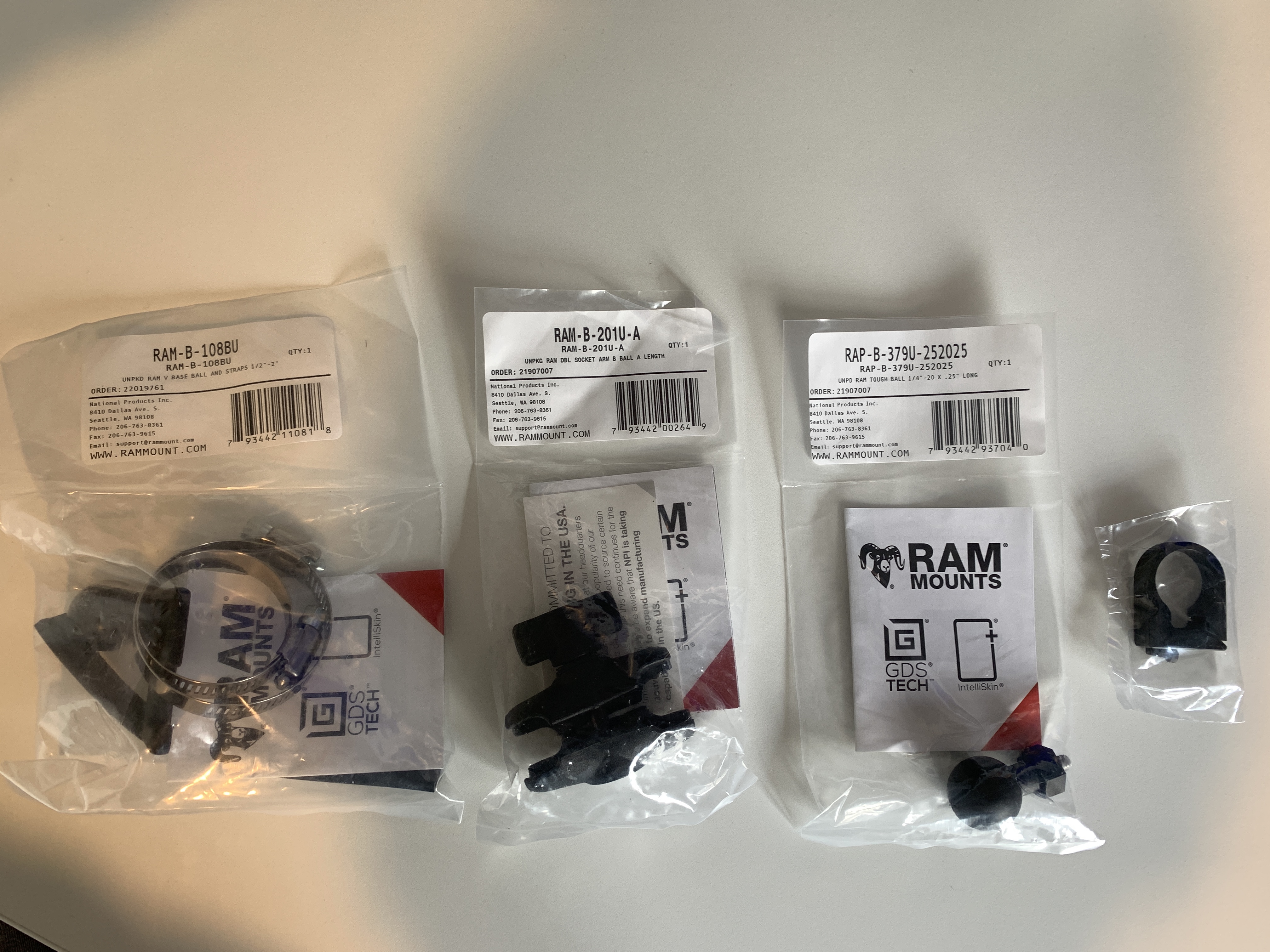 Interior looking messy again, good news is it all works as was the point of the test so happy in that respect 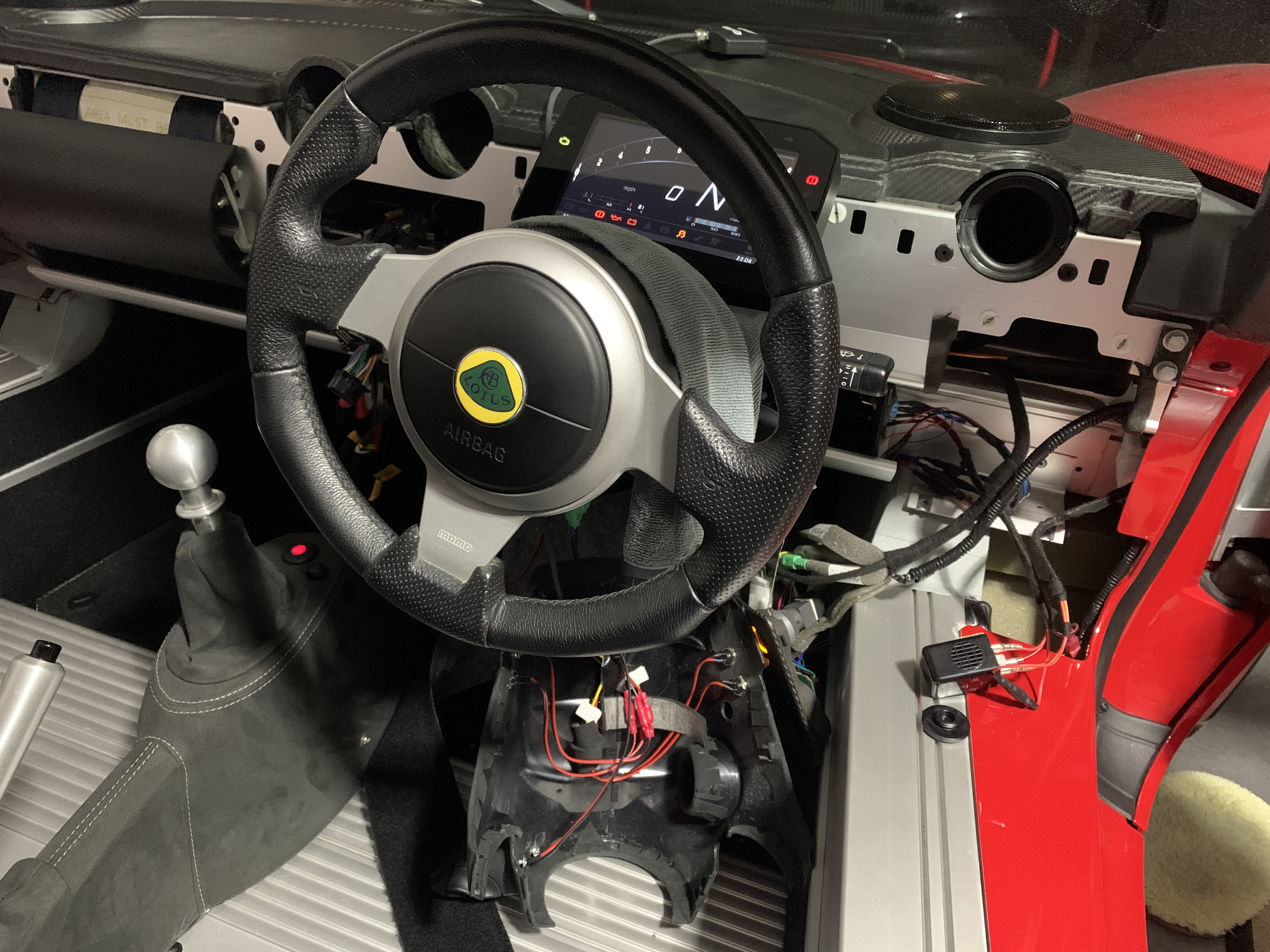 Frustrating that I can't fit the trimmed dash bits as they are still not done, so have gone back to OEM clocks with GPS wired in for smartycam should I want it - I sort of have an overpriced dash cam at the moment, but at least I know and can verify:
• All AiM wiring works, including expansion hubs and Oil Pressure and Temp (although those aren't fitted)
• AiM switches I moved to cowl work perfectly
• All audio and video working works, including video remote, sub remote
• Foot cam remote works including indicator
Basically everything works, so I am now reinstalling it all over the next few nights and put this interior messing about to bed
Last edited by MrP80 on Wed Mar 31, 2021 3:47 pm, edited 1 time in total.
www.instagram.com/constantdetail
Top

Wires and stuff are cool too
Top

As my wife pointed out in the early hours of this morning, its also kinda pointless as I put the original clocks back in in after all this time of planning, fitting and refitting wires and keep repeating for days as I try to find the perfect route, then take it out as I want to put it in at the same time as the binnacle trimming. Cameras and stuff all functional, and the sound is the best I have done, genuinely surprised at the quality of the sound
www.instagram.com/constantdetail
Top

My current steering wheel is the first gen, leather airbag wheel, I was going to get retrimmed but then I got my hands on a Lotus OEM alcantara version for a bargain price (think it was misspriced) so rude not to: 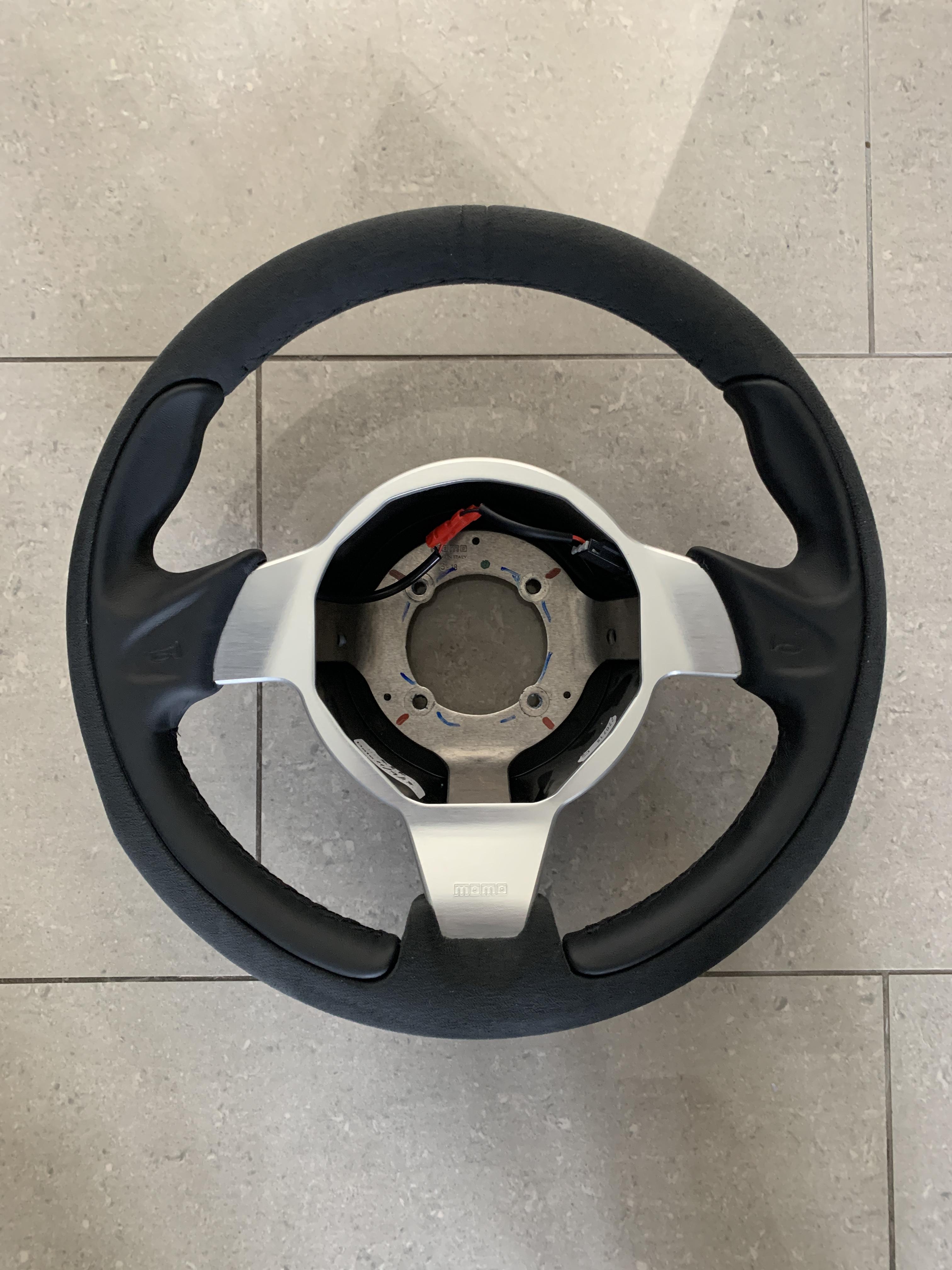 Then as I pretty much trim any piece I can unscrew I thought I would try the rear wheel housing as its pretty hard black plastic. I also run a 30mm spacer on my wheel for better fit, and on the OE wheel you have the problem that the spacers are about 1mm too big to get through the rear cover and it sits on top like this 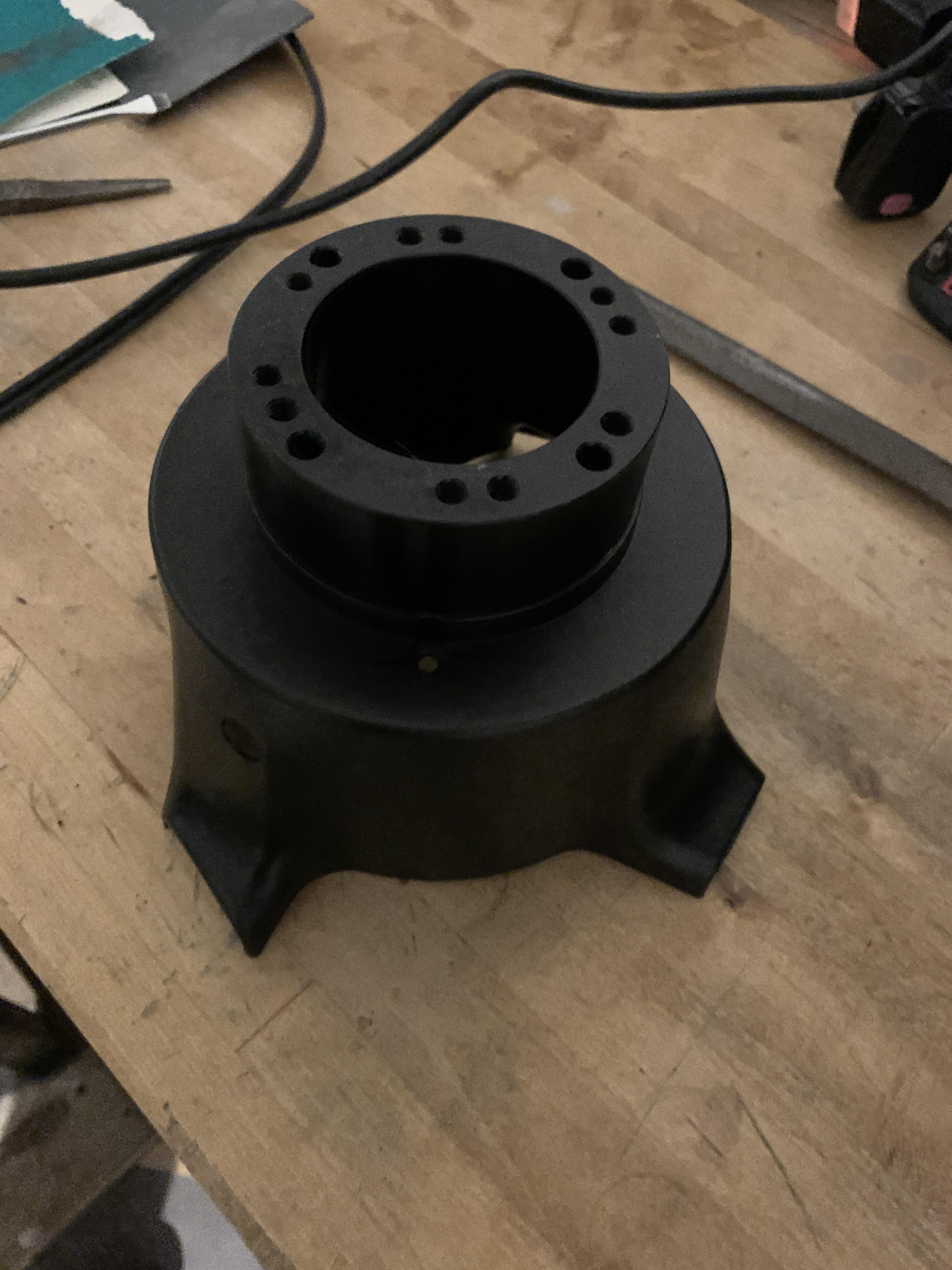 You either machine the extender or wider the hole. As I was trimming anyway I thought I'd slightly expand the hole, and see where if it works., all was good but it was really hard to get it all to flow right in a single piece. 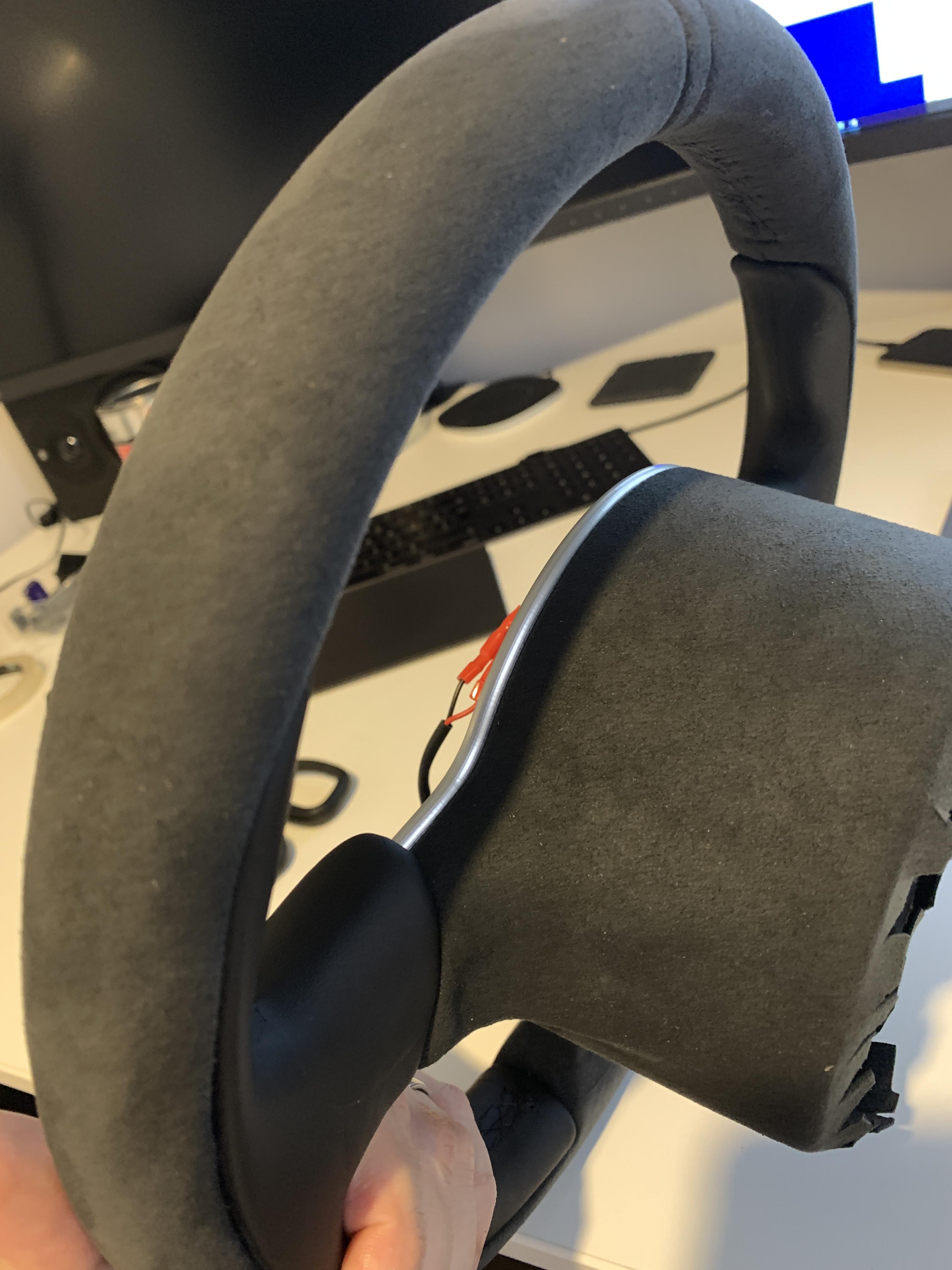 Now that was all done I thought I'd fix another problem that comes with a space, the transition between the shroud and the wheel due to the spacer, this is what I am talking about on my old car 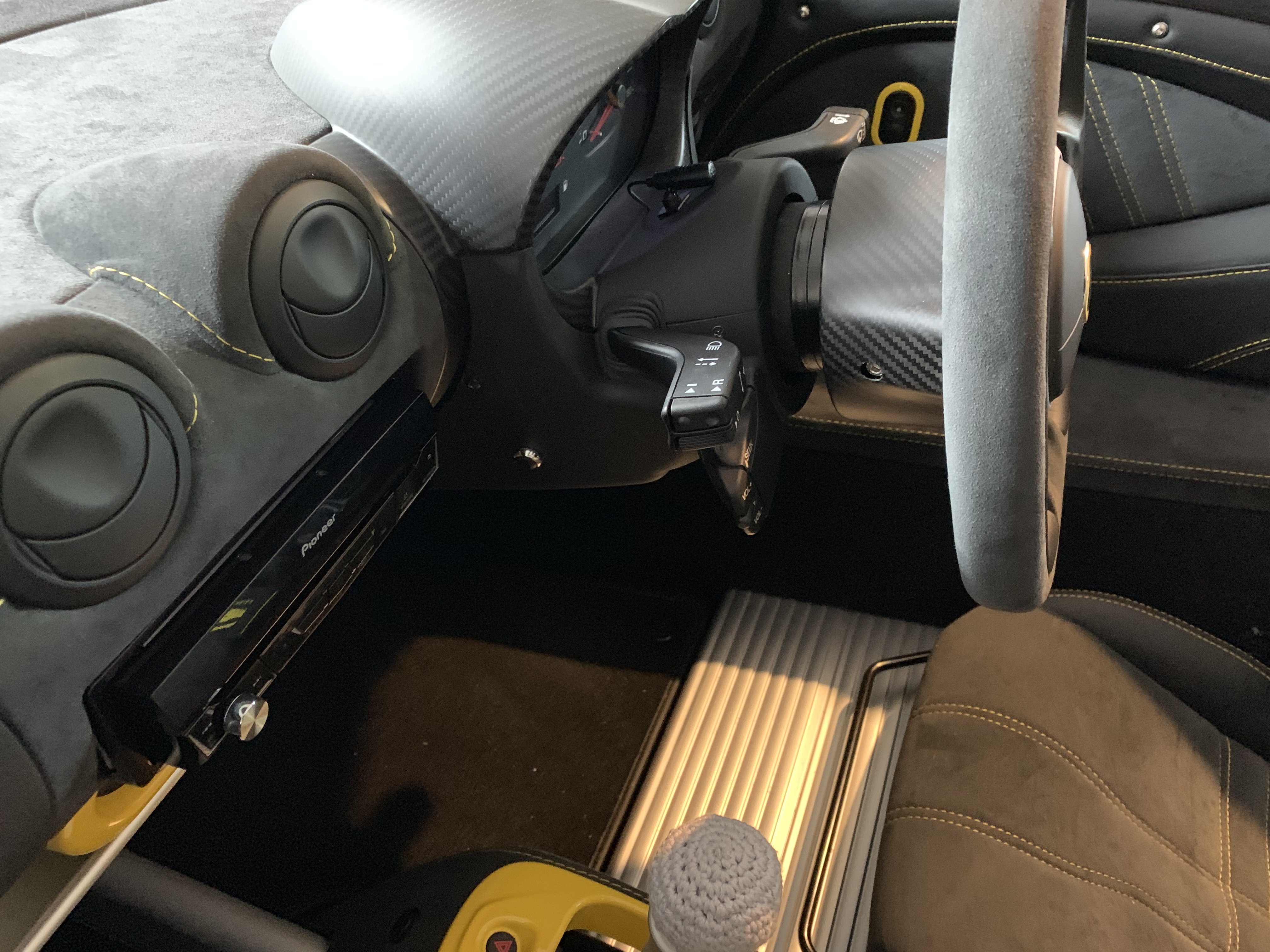 I run a 30mm spacer, so needed set about making a cosmetic spacer. I have various foams about the place for other jobs so started creating a stack of them the would align with the shroud and I would cut out the middle around the space 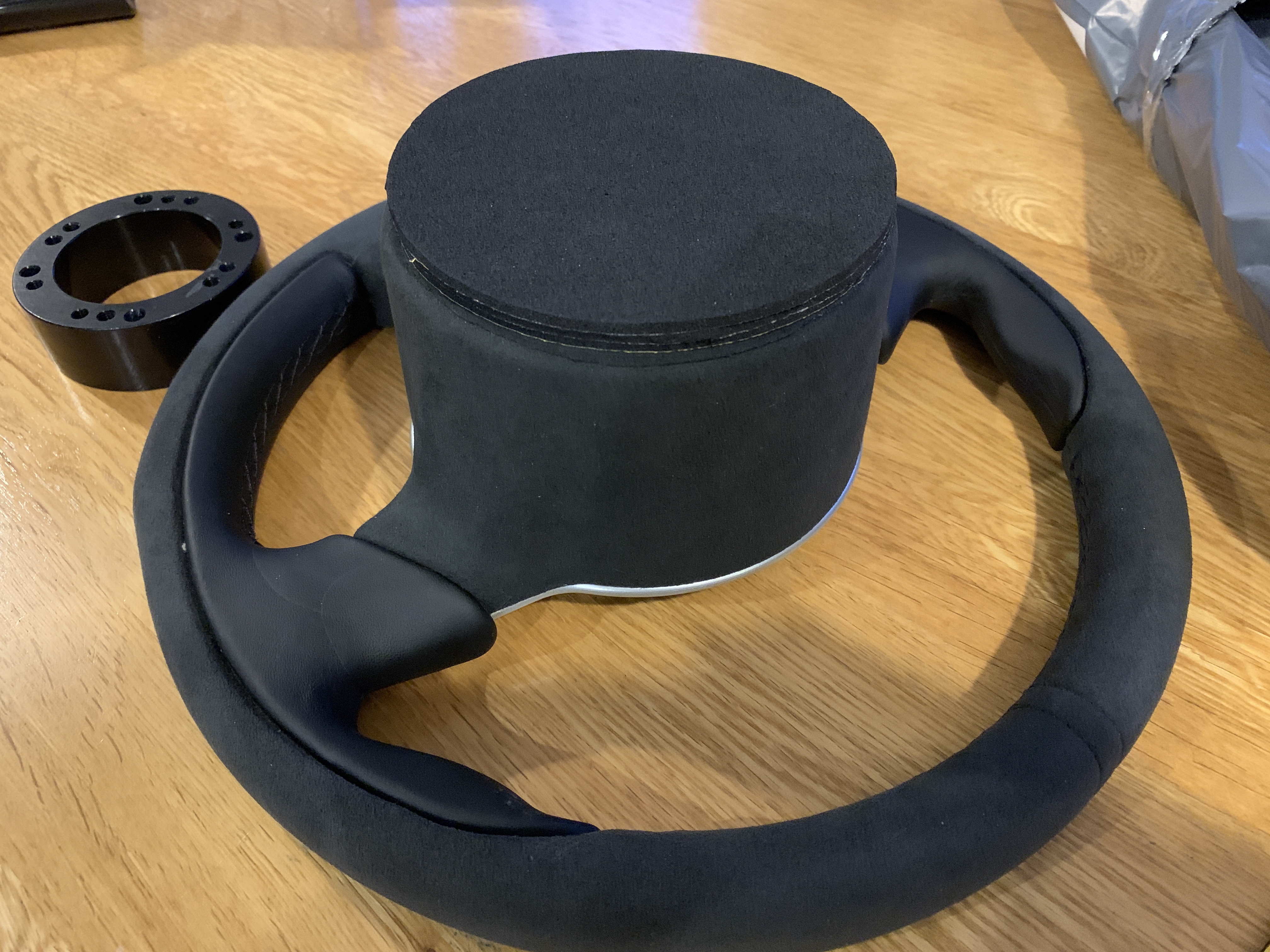 And building it up 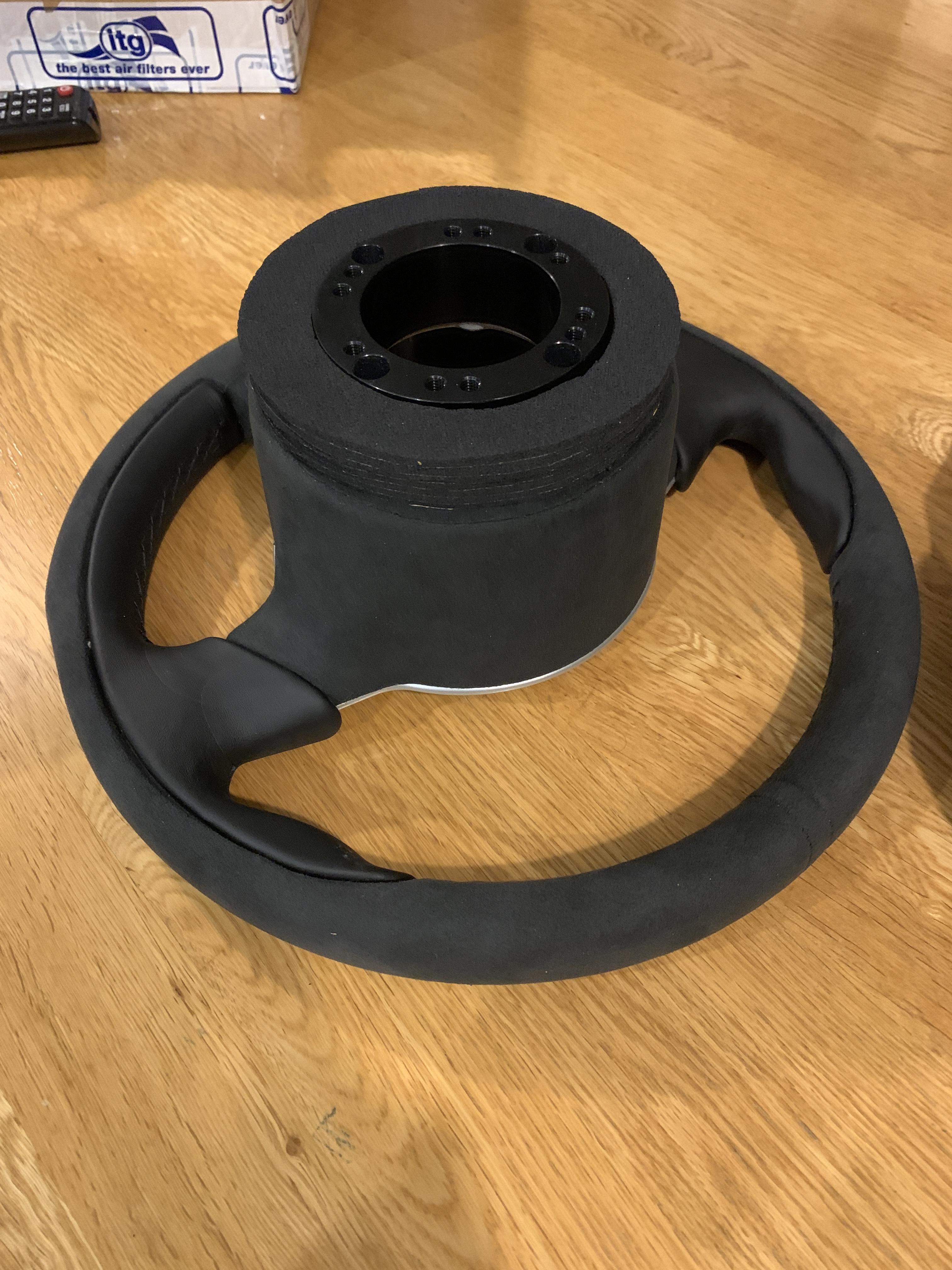 Done, actual spacer and cosmetic spacer sorted - just need to tidy up a bit and fit to the car 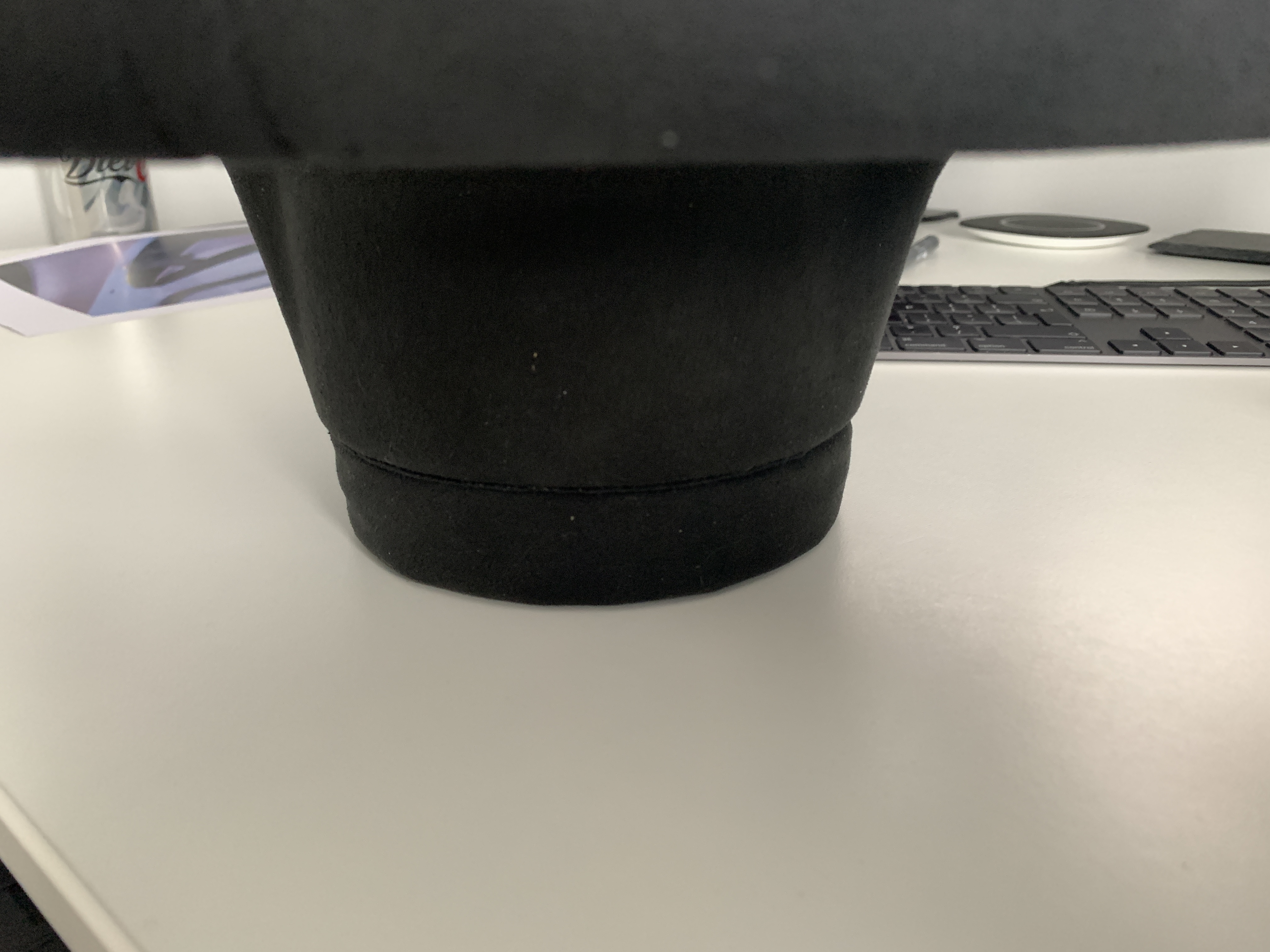 Cheers, the interior retrim has gone surprisingly well! I'm ok with the sticky down and cutting bits ,even over awkward shapes, its just the stitching bits together (especially decretive stitching) that I am struggling with!
www.instagram.com/constantdetail
Top

Is that a macrame gear knob cover?

I had to google that!

I'm not sure of the exact term, I thought it was knitted! Each car I've had has had a different one after I got one on an innocent smoothie years ago, and a new one is made for each new car by my Mrs. I've got a carbon and red coloured one ready for the topping out ceremony on the car!

There seems to be two camps - those that had them for years and seem to think they come out the factory with them, or those that think you clearly are smoking crack when mentioned. Came up in a WhatsApp group the other week - controversial day that one!

Might get the kids to make some seat covers to add to the ambiance thinking about it
www.instagram.com/constantdetail
Top
Post Reply
177 posts