This is where we proud owners can upload information and pictures of our pride-and-joys (their Exige that is..)
Post Reply
171 posts

I ordered mine from Driftworks.com - cost about £500 all together

Do keep in mind that I ended up with a 16mm spacer on both fronts. I expected using somewhere around 10mm to get the offset back correct, but actually ended up with 16mm to make the spokes clear the brake caliper on the front! I fitted 205 section front tyres (AD08R) and it drives fantastic on road and track. Not noticing any adverse effects from the slight change of front offset

Went to a rather sunny Donington GP day yesterday! The car was running really really well - someone asked me about my supercharger... pah!

and someone else said that my Honda swap sounded awesome as it went past them... Both looked shocked when I said it was just the good old 2ZZ NA

Anyway, the car went so well that it actually stopped stopping... I'm pretty sure I boiled my brake fluid. The pedal felt like it went a tiny bit further on the way down to the Melbourne Hairpin, then basically went with very little resistance right down to the bottom when I went to slowdown for Goddards so I got it round the corner somehow and drove into the pit lane with very little braking effect... I've always been late and heavy on the brakes, but I'm *assuming* it's just because my RBF660 fluid needs flushing?... I checked the fluid and it said there was around 1% water in it, so I'll change it anyway, but I was surprised it happened... This was after hammering it for around 20 laps. I just have the standard brake setup with Pagid RS14s
Top

Donny is hard on brakes - in a previous life, the brakes on my Talbot Sunbeam road saloon racer were smoking due to overheating after a 20 min qualifying session there
Top

Good stuff, 20 laps of Donny is a good stint so I reckon most braking setups would have something to say about that! Is it fair to say you got some pedal back after it all cooled down a bit?
Top

Another picture from the day... 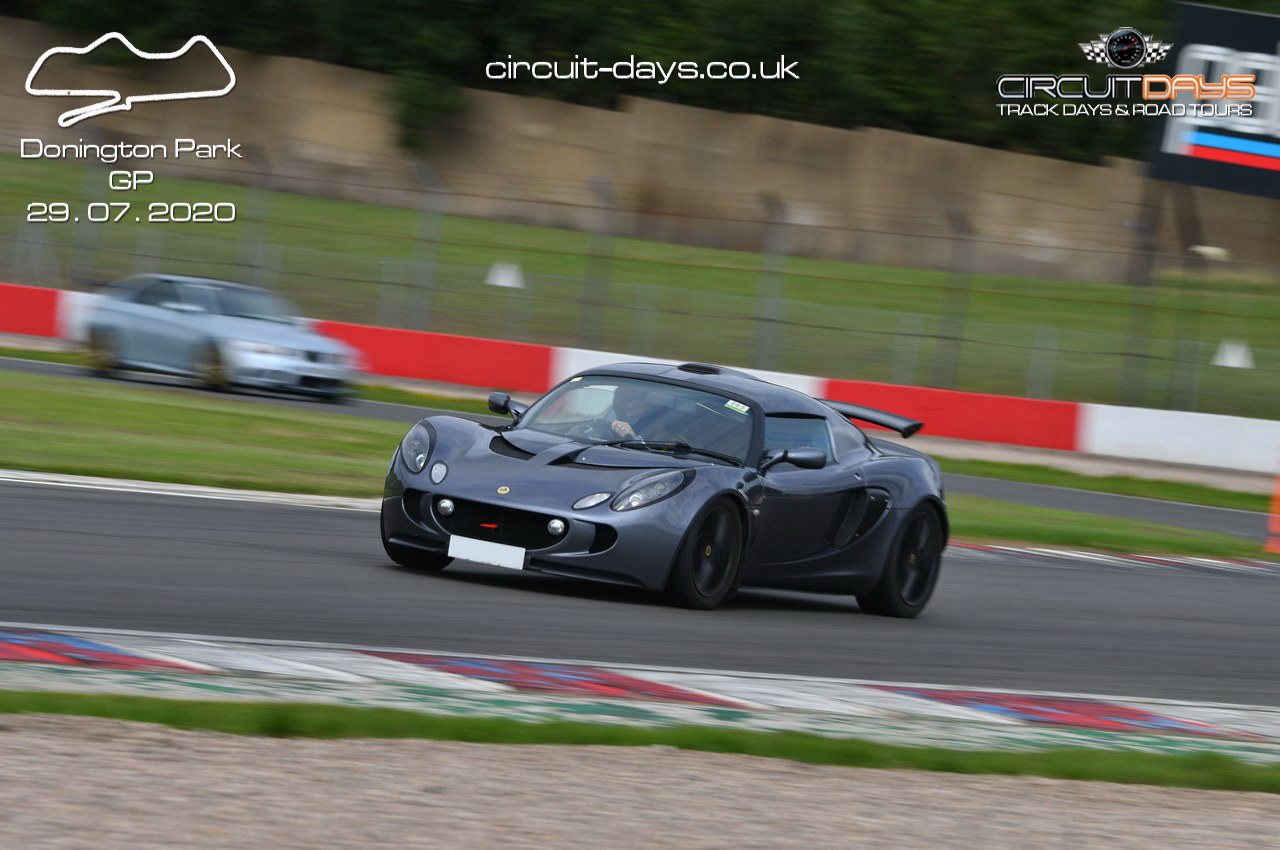 Fonzey wrote: ↑Thu Jul 30, 2020 10:10 am Good stuff, 20 laps of Donny is a good stint so I reckon most braking setups would have something to say about that! Is it fair to say you got some pedal back after it all cooled down a bit?

Oh, okay - I thought it was maybe failing a bit prematurely - good to know it's not considered terribly unusual... I might try to reduce my tendency towards so much heavy braking, but those RS14 pads work so well, it's a shame not to exercise them fully, lol...

Yes, I let it cool down and the brakes worked just fine again - but I started to not trust them (understandably) so ended the day a bit slower than I would've liked... :/ I'll get the fluid changed and see how I go again

Every time I go on a track day now, I'm just thinking "Gah! A close ratio gearbox would be SO goooooood!!!"

My brakes are generally still with me at the end of my sessions (I have RS14 and ATE200 fluid) but I probably manage 20mins at the most.
Top

My brakes are generally still with me at the end of my sessions (I have RS14 and ATE200 fluid) but I probably manage 20mins at the most.

It was the full GP circuit, which seems quite tough on the car versus the National circuit, so I'm not terribly surprised, I suppose... It's between 1m55 and 2m per lap (for me at least, lol!) on that layout, so I'd been out for quite a while - just really trying to give my engine a thorough shakedown after all the gremlins I've had to fix with it since the dealers made a hash of it... I usually do much shorter stints, so I don't suppose it would normally be an issue, but it was just so much fun! Engine temperature didn't even go over 87 degrees! (until I stopped in the pits where it crept up past 94c)
Top
Post Reply
171 posts