This is where we proud owners can upload information and pictures of our pride-and-joys (their Exige that is..)
Post Reply
842 posts

Cheers Gents, I'm terrible for when it comes to spending money on tarting cars up. I'd much rather buy oily bits that will never again see the light of day, so hopefully this hasn't opened the floodgates and my car won't become a moving "Carbon from China" advertising board in the near future

I loved my 240r wheels on my laser blue car 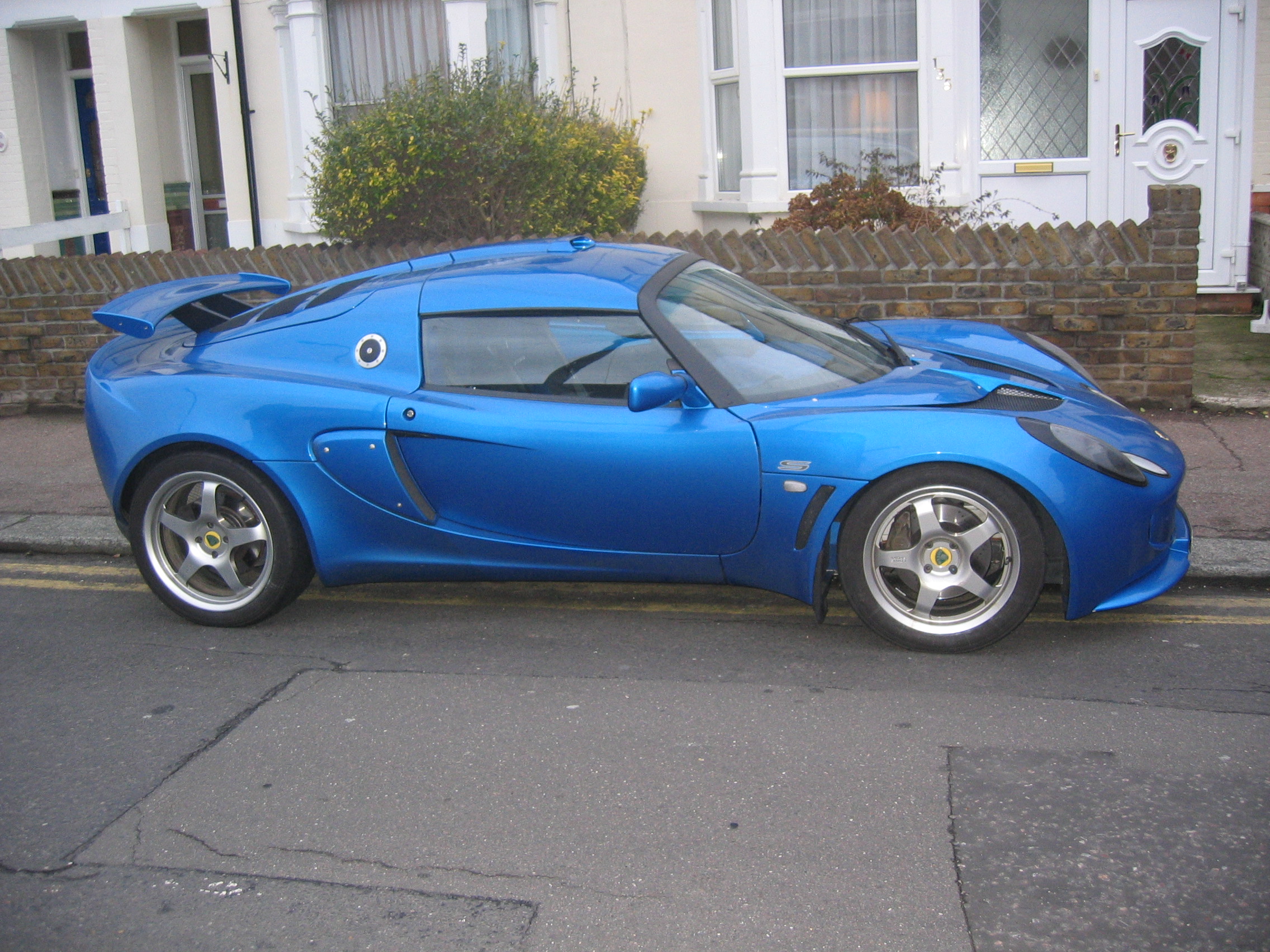 love that. Silver wheels need to make a comeback.
Top

I've been flicking through my ECU logs as you do on a mental Saturday night and realised that my oil pressure switch is always logging in the "pressure" position. It's not a granular sensor, so it's only got two readings.... "pressure" or "no pressure (dash light)". So when I crank the car, it immediately shows pressure the second the ECU has power, normally it would show no pressure and would flick itself to pressure after a crank or two of the engine.

I checked through the ECU inputs, compared against some pinout diagrams I found for the OEM ECU and decided everything looked fine, so then tried to think back to the last time I saw the oil warning light illuminate on the dash.... and I can't ever remember seeing it, at least not in the last few months or even year.

That's when it dawned on me I may have cocked it up myself... back when I fitted by SPA gauge with a proper oil pressure sensor, I tee'd into the original oil pressure switch location with a remote T-Piece, pictured here: 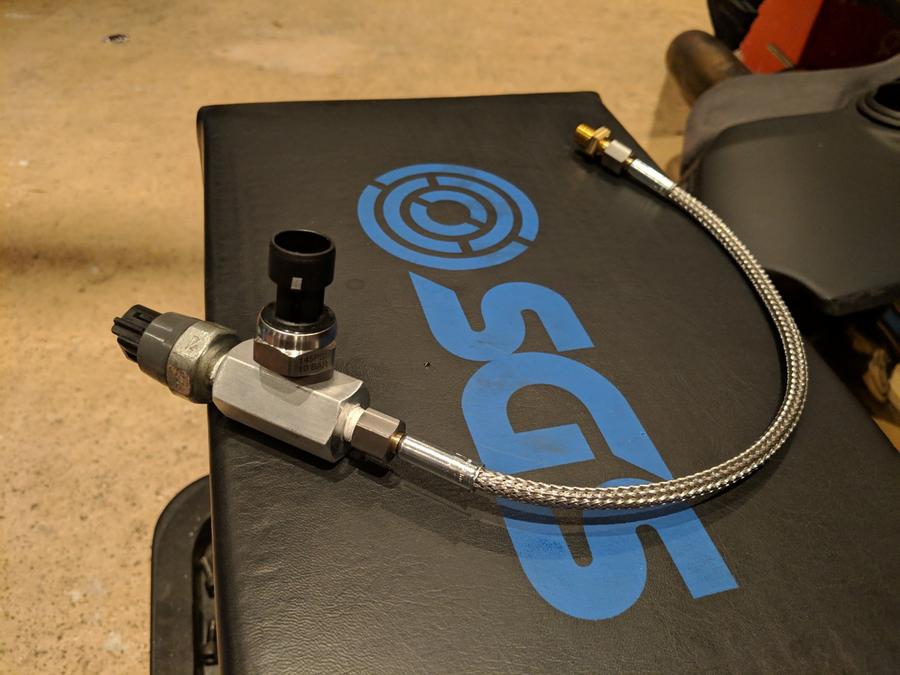 Thinking on, I'm 80% sure the OEM Oil pressure switch is a single wire jobby, meaning it needs to ground itself through the NPT threads into the block and I'm pretty sure I used PTFE tape when fitting the t-piece...

What's the betting that I insulated the bloody thing and it's never worked since I installed my SPA gauge over a year ago?

I can't be bothered removing it/checking it yet, I'll sort it when I get the oil changed next month before the car gets dismantled.... but what do are the thoughts on my theory? Sound viable?!

I've got the car on stands at the moment ready for swapping in a spare O2 sensor. Whilst at it, I've proven this theory... at least, sort of.

I took the remote t-piece out first and stripped away the PTFE tape from all the threads, re-fitted it all and still no oil pressure reading to the ECU. I lent out my multimeter so I couldn't test it properly, so instead I just unscrewed the oil pressure switch itself and tapped it on the engine block with the ECU powered up. Sure enough, the ECU then started getting readings as I grounded the sensor against the block.

I can only conclude that the remote T-piece adaptor I've got is insulating the connection somewhere, pretty annoying - but at least I know the wiring/sensor and ECU setup is all fine.

I'll put it back together for now, but I've got a plan to resolve involving ditching the OEM pressure switch completely and instead wiring in another (powered) sensor that has its own ground. I'll wire that into the ECU and then I'll have proper granular pressure logging alongside the visual SPA gauge I have on the dash. Long term if I ever go for a digidash the SPA gauge will become redundant, but that's an adventure for another time.
Top

What locations are you using for the oil temp and pressure sensors ? Thinking while the car is in pieces i need to plan for the AIM dash.

Pressure is t-eed off from the oem position and temp from the sump.

Something I've been intending to do for a while is to swap out the oil cooler sandwich plate for one with an interchangeable thermostat as my oil temp runs really cold on the road (too cold really). The mishimoto ones have 1/8npt ports on them so there's more options for sensors there.
Top

Have you any pictures
Top

Second page of this thread, the Elise Parts baffled sump comes with a boss welded in so you can get a 1/8npt port drilled/tapped in it. The remote t-piece used for pressure is this one here:

It's this part which is not conducting electricity and is stopping the oil pressure switch from working, so I'd recommend looking into alternatives if you go the same route.

(it's positioned just above the oil filter housing, but you can access it with the filter in place if needed).
Top

Other nice sumps are available

Yes I should disclaimer that. EP one is ok but tbh it wasn't a perfect fit, if I do this all again (please God no) I'll try the SeriouslyLotus one