I was supposed to be at Anglesey on Sunday last week for my final trackday of the year, but obviously the Welsh lockdown killed that so Lotus On Track brilliantly got things shuffled around and before I knew it was booked onto Oulton today.

I drove over Monday night for a Premier Inn, good call really as the M62 was treacherous in the dark and I really wouldn't have fancied it at 5-6 am.

Weather was only ever going to be minging for this trackday, but I did have hopes of spending some time on a wet track to learn a bit more about the car at lower speeds. Minging was an understatement though and Oulton just turned into an ice rink, at least on ZZR tyres. Traction actually felt pretty good and the car was stable at full throttle on the straights but under braking and initial turn-in there was just nothing there. Had all four tyres locked up regularly into the back chicane and turning in at anything over a snails pace just rotated the car.

I don't want to make too many "bad workman blames his tools" type comments but this is the first time I've really looked on at the S3 V6 Exiges with a real jealousy powered lust. It could be that every V6 in attendance just had a really handy driver, but it seemed like they could handle the conditions SO much better. I later learned that the particularly quick ones (including a gorgeous 420 Cup) were shod in Avon full wets, not to take anything away from the driver(s) skill and commitment but it really did give a good impression of the full wet tyres.

Mid morning I got a phone call from home, baby wasn't feeling too good and had a fever ramping up so I did the honourable thing and used it as the least emasculating way to chicken out of doing any more laps and went home instead

As a result, I've barely got any pictures and no video to share - so pretty much a write-off of a day.

The Motorway drive home was really not pleasant, to be fair to the ZZRs they didn't chuck me off the road or anything like that - but I know and understand their limits and the M62 was really struggling for drainage. It gave me a couple of hours to think about options, I think it's about time I got sorted with a set of all-weather tyres so that any similar days in the future aren't a total waste.

I don't expect to be breaking wet-lap records, but something that just feels a bit safer under braking and turn-in would be nice. The car today was rotating at ease on turn-in, quite unsettling at any real speed. I still love ZZRs and will be keeping them for most summer usage, but on days like today with nigh 100% chance of rain from 8 till 5 - I need some alternatives.

In other news, I did break something on the car. I noticed when driving from the hotel this morning that the idle was really struggling and it stalled a couple of times on me. On the way home I was playing with my BT app and noticed my AFR reading was flatlining at full-lean. Checking my logs at home it looks like the wideband sensor died sometime on the 25th and since then it has only reported a full-lean AFR of 25.5. The ECU is programmed to try and correct fuelling based on the wideband up to a maximum correction of 10% either way, so as the sensor is reading full lean the car has effectively been overfuelling by 10% under some conditions which I'm guessing was causing the idle issues.

I've raised this with RRR, they're going to send the logs off to ECUMaster to see if there were any clues as to the nature of the failure but also they commented that the Bosch 4.9 sensors are not particularly resilient compared to the 4.2's with as slightly lower resolution. In parallel I spoke to a friend who does a lot of tuning work and he said exactly the same, he doesn't fit 4.9's for any customers due to their failure rate. More on this later when I know more, we'll see what ECUMaster says... incidentally a friend of mine has an S3 Elise Cup with a Bosch 4.9 and that failed recently too.
Top

Whats Oulton like as a circuit(other than an ice rink!) ? I havent done it.

I too struggle a bit with tyre choice but I dont want to be swapping out summer / winter tyres and a spare set seems frivolous ..
Top

Oulton is ace, I had done it before but a long time ago in a non-Lotus. It's one of those circuits where you can watch all the videos you like and you'll never believe the gradient changes until you're there. The Shell Oils hairpin is like a wall of death!

The track has a recurring theme of the exit of a fast corner tightening on you, one of my (bad) habits that's formed is turning in too early so that I'm gentler on the car on turn in. Usually that's harmless but reduces exit speed a bit, at Oulton it can actually be dangerous because the exit is often unsighted so if you commit to a shallow line, you suddenly find yourself going over a curb/over grass at speed as you 'run out of exit'.

Next year I really want to tick off a dry day there.

RE: Tyres, one possible option is the Avon ZZS. I've heard two mixed opinions on them:

1- They're best thing since sliced bread and are a really good wet tyre
2- They're "slightly" better in the wet but not enough that you would significantly change driving style... in the dry their peak grip is on par with the ZZR but they go-off quicker

From what I saw today externally the Avon full wet is an amazing tyre, but I think they're the sort of thing you could only get away with if you're trailering the car with a spare set of wheels/tyres. I imagine a drying track would completely trash them.
Top

Shame about the track conditions. I've got a day at Brands Hatch in mine on Thursday, the first track day in the exige. Weather looks similarly abysmal!
Top

andyzim wrote: ↑Tue Oct 27, 2020 10:28 pm Shame about the track conditions. I've got a day at Brands Hatch in mine on Thursday, the first track day in the exige. Weather looks similarly abysmal!

I'm of the opinion wet weather shouldn't have to spoil a trackday, in many ways it could make for a more enjoyable/educational day but yesterday was just a combination of events that just stopped me getting my head in the game.

Enjoy though, would love to do Brands!
Top

I also have the 4.9 Lamda - but the EMU not fitted yet (in November - ran in new Bottom end with old ECU) - if it fails - if you don't have the data logger - how would you know its gone - crappy idle only ?
Top

Good question, the EMU has an option to send a CEL if it detects a fault in the O2 sensor circuit. The O2 sensor is often not "woken up" when the car first starts due to the way it's gradually heated, it's normal for wideband readings to be a bit 'iffy' for the first minute or so... perhaps this is why the CEL setting for it is disabled. I'll have a play and see if it works with the current sensor.

I've taken the sensor out and there's no obvious signs of external damage (not that I expected any), I'll resist the temptation to cut it open in case they want to send it off for analysis or something. RRR are happy with my fuelling before the point of failure, so they say it will be safe to disable the EGO feedback corrections temporarily to stop the ECU from overfueling to compensate, that should allow me to drive the car until a replacement is sorted out if needed. 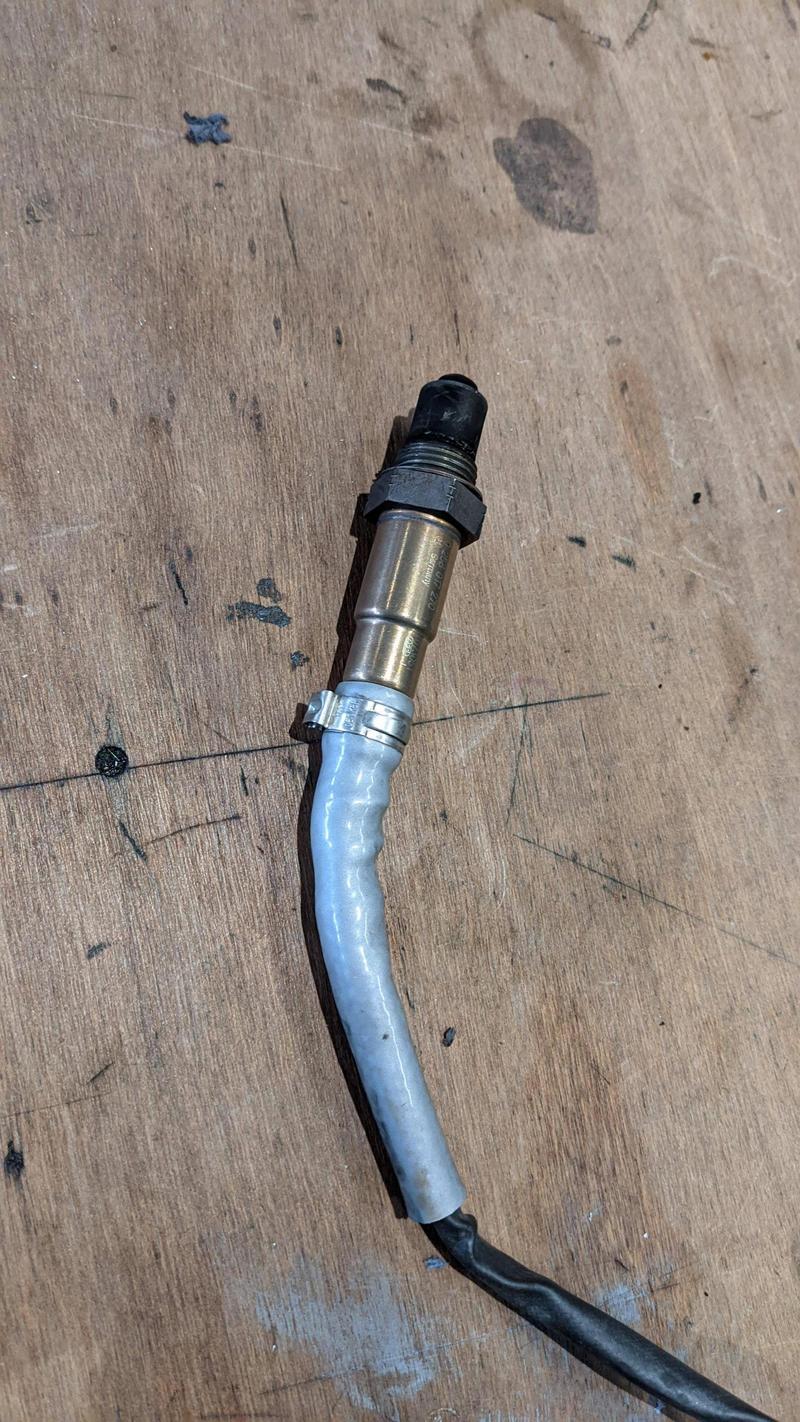 The 4.2 is also not a straight swap, it needs some wiring and a different connector - so not something I can just lob in unfortunately. I'll let the RRR/ECUMaster investigation run its course and may just pick up a spare 4.9 sensor in the meantime.
Top

I've wanted some forged alloys for the Exige since the beginning but I always struggle to justify the spend on aesthetic changes (yes yes I know lighter wheels should perform better, but I'm skeptical that I'd notice it

I think Lotus sourced some brilliant wheel options for the S2 cars over they years, I don't actively dislike a single set but my favourite was the team dynamic 1.4 which the 09 260 Cup came with. Unfortunately these have proved unobtainable over the last couple of years. The odd single wheel comes up for sale, but have only seen a full set once - and it was in the US.

A close runner up was the 240R 5-spokes, actually probably would call it a tie - I think they're gorgeous with a subtle bit of dish and nice chunky (easy to clean!) spokes and these do seem to be less-rare. I'd passed on a couple of sets over the years but thought it was about time to treat the car to something that wouldn't be buried in the engine bay 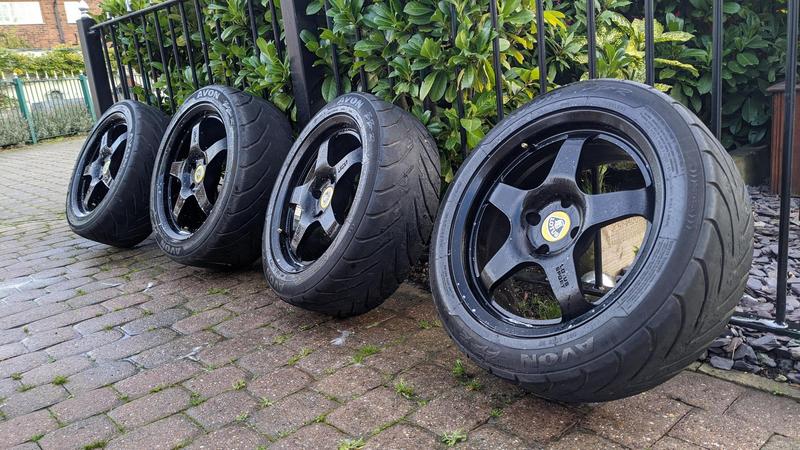 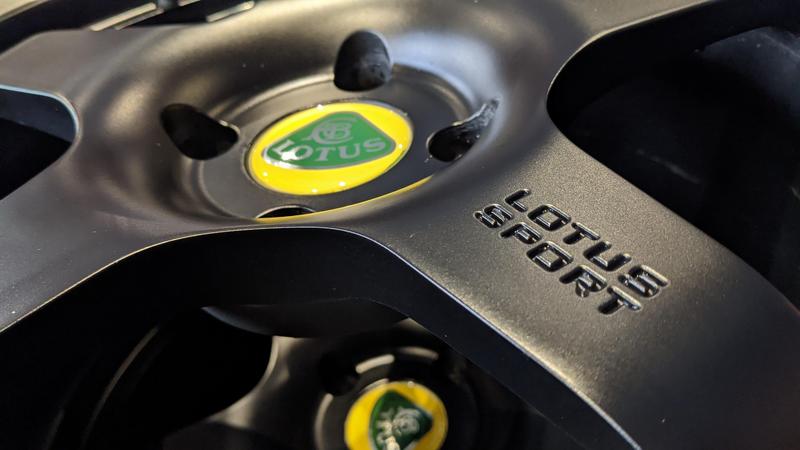 They've recently been repainted in satin black which is a shame really... as I plan to get them repainted before I use them properly. They also came with a set of ZZRs, similar wear levels to my current ones.

My initial plan was to flog my OEM wheels/tyres and just swap to these but after my Oulton/M62 adventure I've decided to keep my original wheels and use them for an all-weather option, then put my track/sticky tyres on the 5-spokes.

Might be spring before they make it onto the car in anger, but will get a trial fit arranged soon for photos if nothing else!

Oh, and they're REALLY light. I underestimated the difference and thought the difference would be swamped by the weight of the tyre+wheel combo but it's significant when hauling them around the garage.
Top 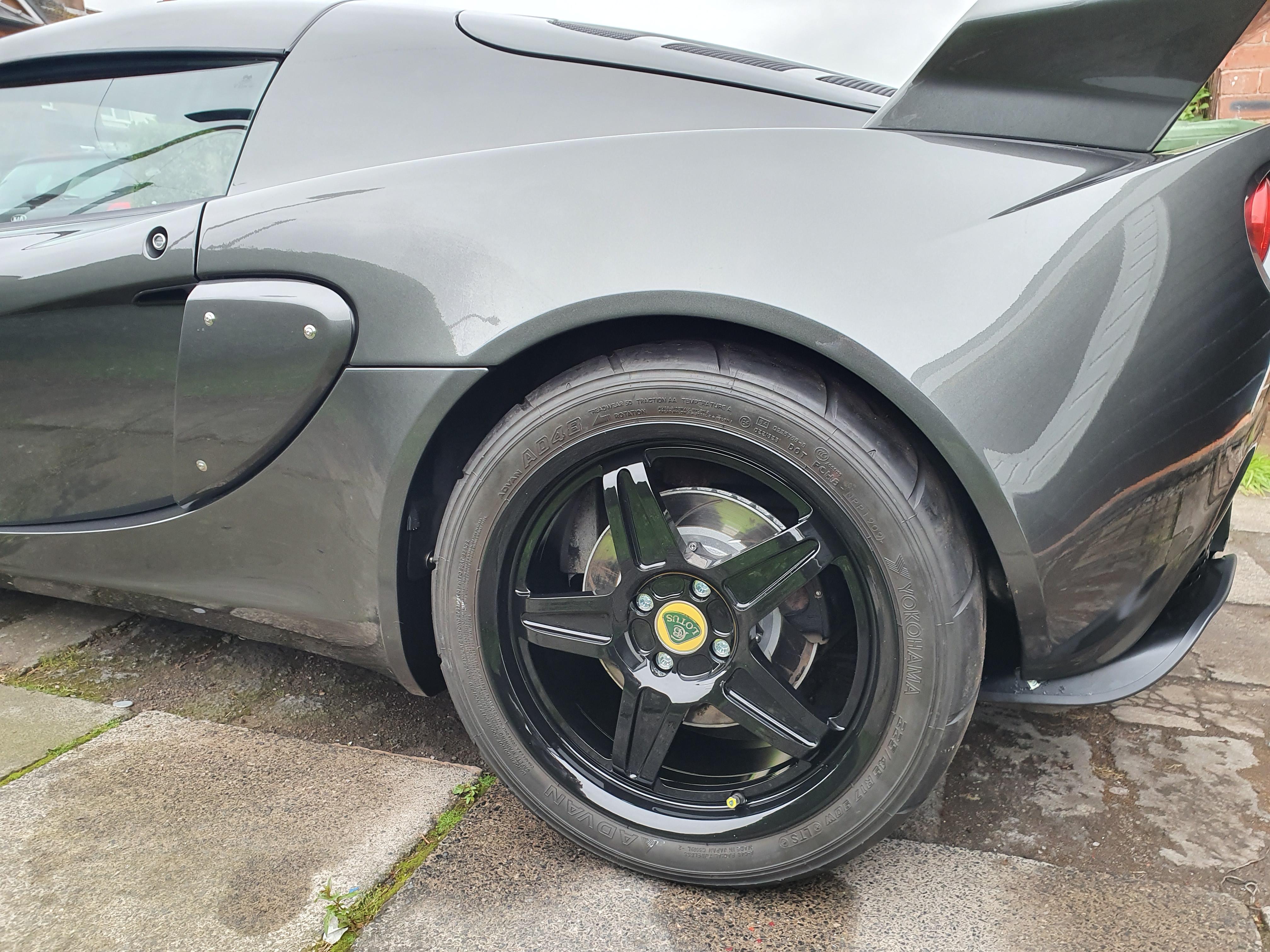 I have to agree with Lee. Wheels make a car, as I may have mentioned in other posts. I love those, Kyle. If only I could find a set of Speedlines for mine, my life would be complete