This is where we proud owners can upload information and pictures of our pride-and-joys (their Exige that is..)
Post Reply
322 posts

Yep I've seen some pretty convincing comparison tests with the manifolds that are already available on the market, clearly strong gains to make.

I wasn't initially chasing gains, the cat (as I keep mentioning) makes me nervous - options for a drop-in replacement of the cat are limited as many are designed to go hand in hand with a new matching manifold as more elaborate manifold designs require them to be 'longer' and hence eating into the real estate of the OEM cat. So then I start looking at manifold/cat combos and then before I know it I'm shipping my stuff off to CTE.

I did some measurements out of interest before it shipped... 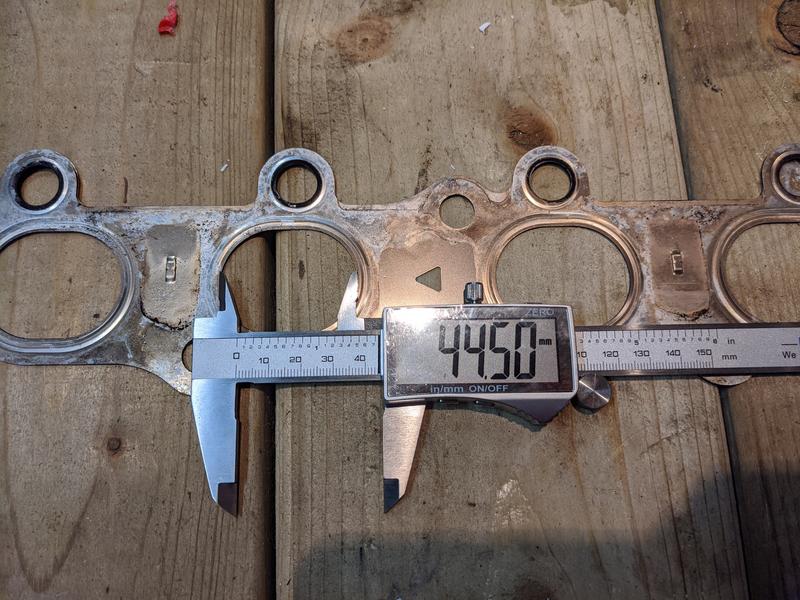 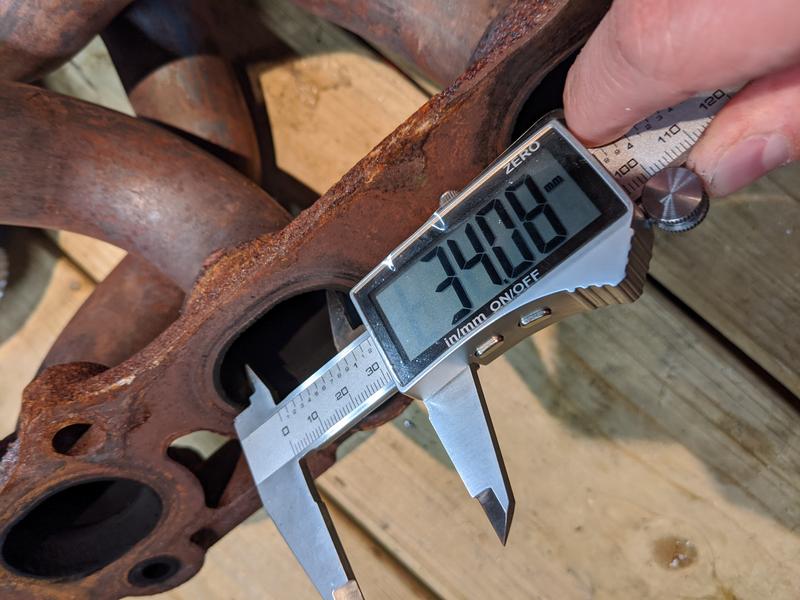 Now I know bigger is not always better, and I know there's a lot of black magic (science) that goes into appropriate manifold length/bore/etc - but it seems to be by just having the pipework be a bit closer to the exhaust port size that there are some easy improvements to make right out of the gates...
Top

These were my manifolds that I have made for my c63. Yielded 30bhp/30ibft without mapping. 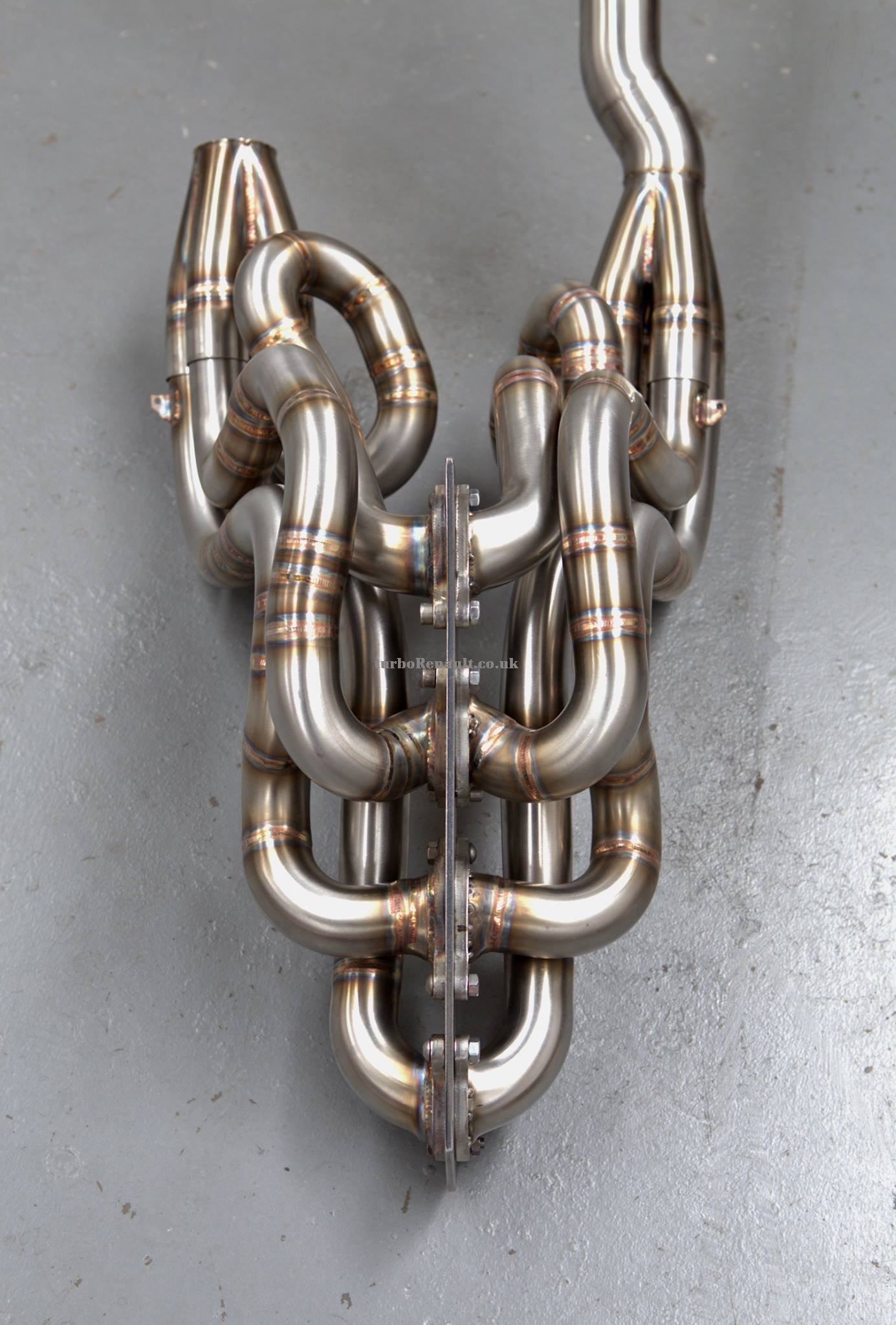 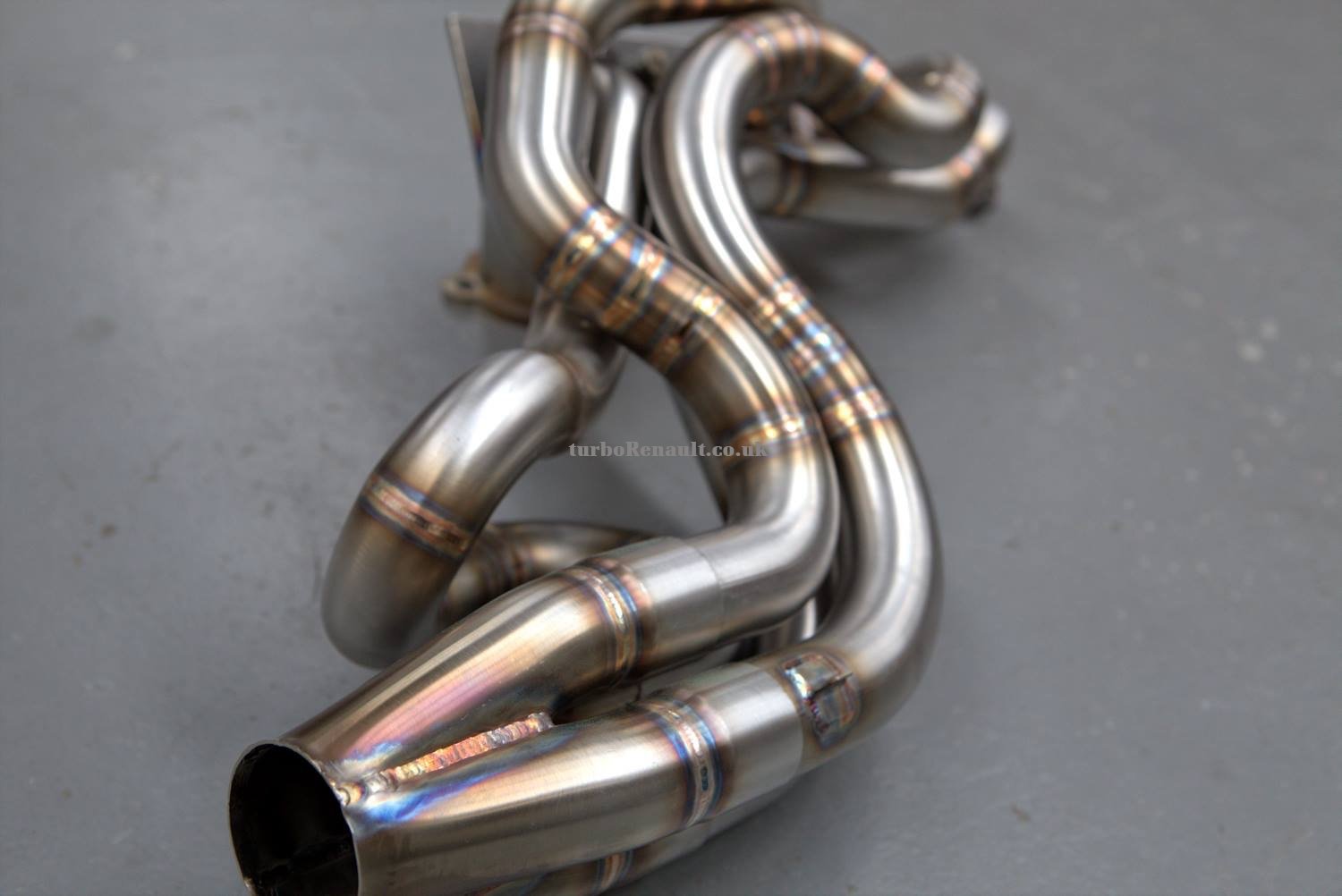 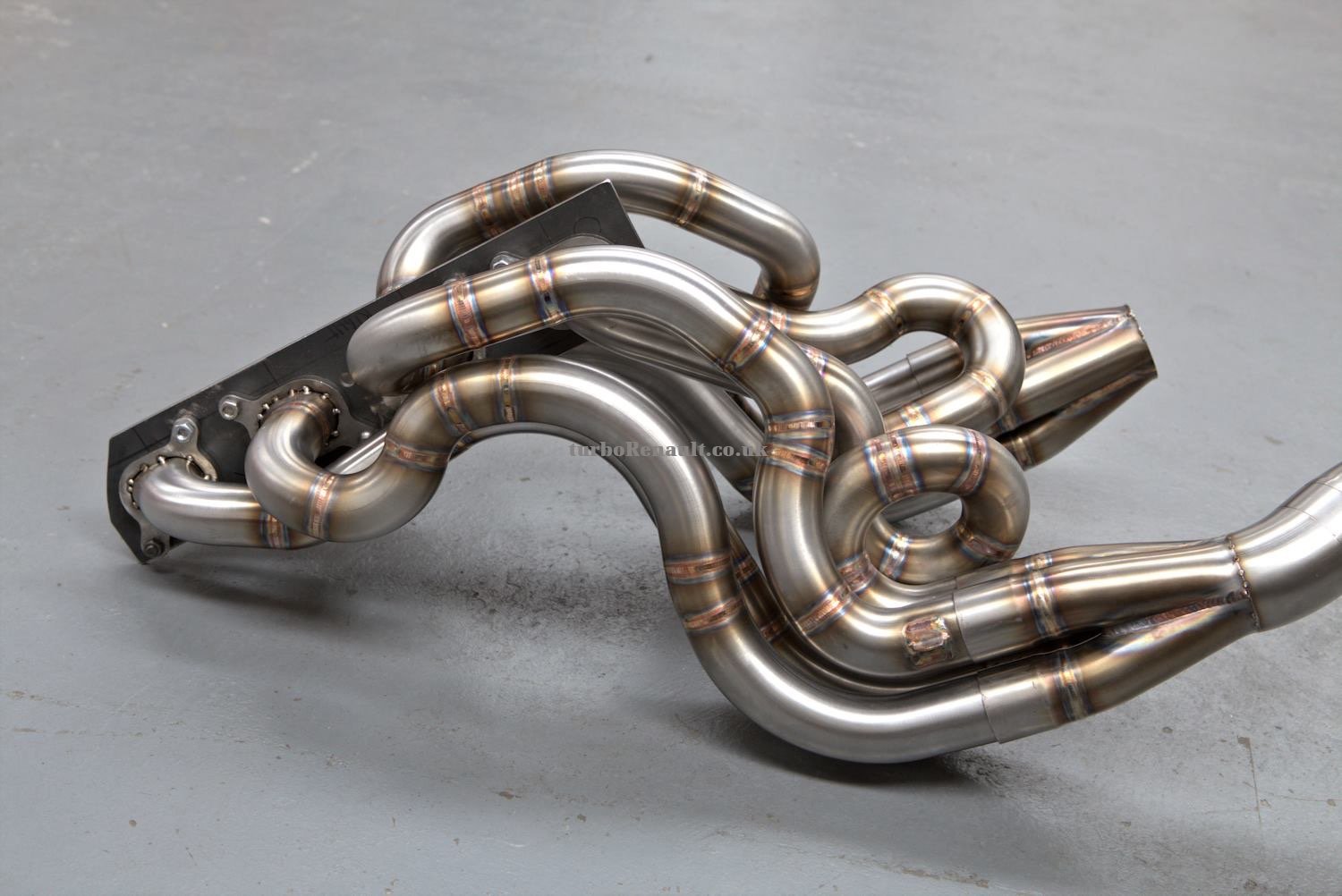 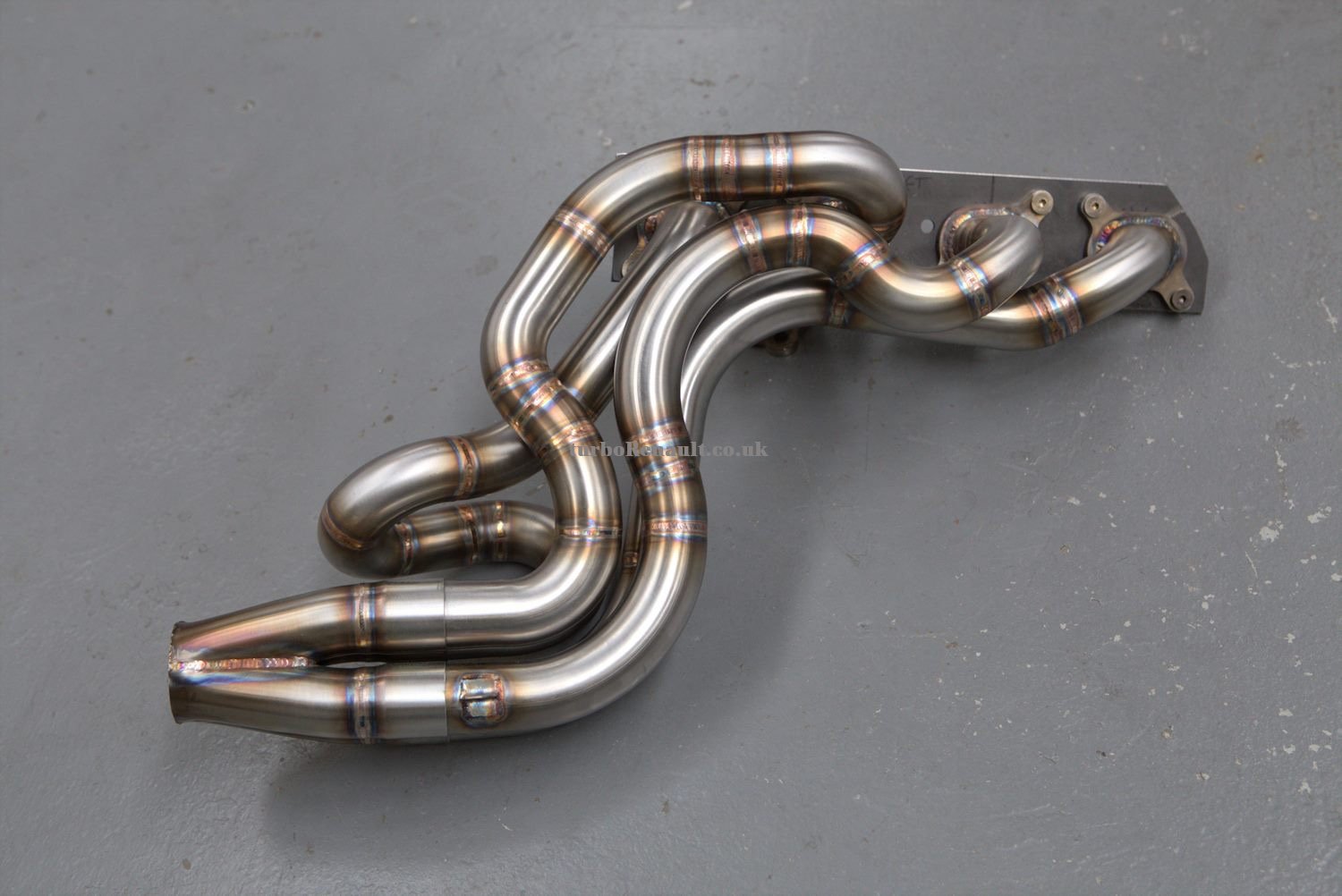 Woooof, they look a bit of alright don't they?!

As a long time Subaru fanboy, I've been brought up to dislike equal length because it makes the burble go away

Like most people I've spent the last few weeks cleaning the car to within an inch of its life. Did it over three weekend really just to pace it out:

I'll throw some obligatory pics in, but nothing that hasn't been seen before. Plus with the combination of lockdown and not having an exhaust, it's not like I can take the car anywhere pretty for some nice 'done' shots... 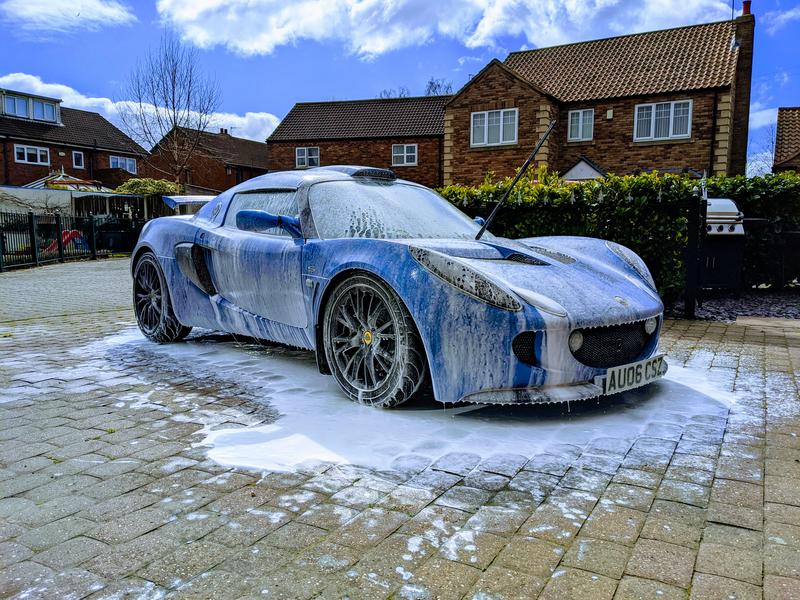 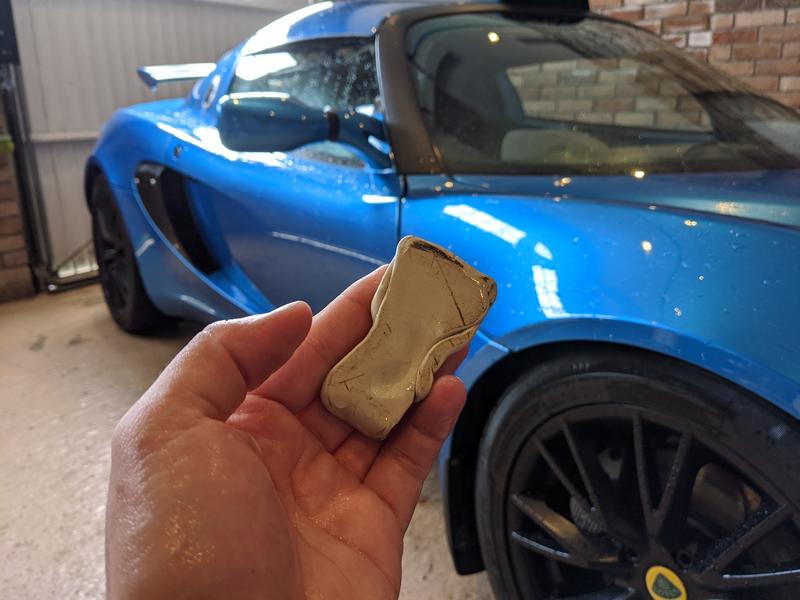 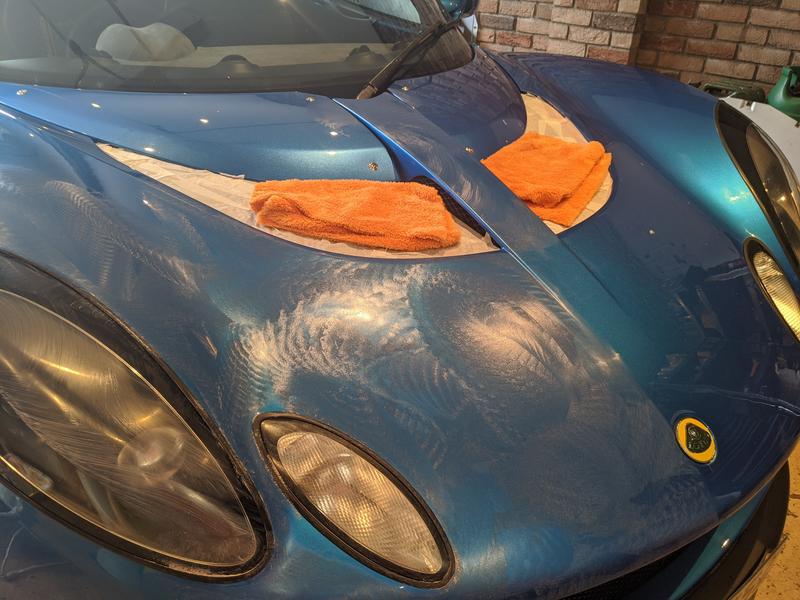 Car was washed as normal, did a bit of de-tarring but gave the iron-x a miss as frankly it didn't seem needed. For the polishing I didn't feel it needed anything too aggressive so went with my tried and tested idiot proof Meguairs microfibre kit, it's great for getting decent results from a DA polisher but will never get the peak performance of a proper pad/compound setup on a rotary. It's also really forgiving compound if you get it on "non paint" parts of the car, wipes off dead easy without staining so takes the pressure off of masking considerably.

I certainly got through the bulk of the (very light) swirling but there's a couple left that are still within correctable range, so maybe next summer I'll step up the efforts (read: pay somebody else to do it).

The car certainly came up well, Laser Blue never failing to make me warm and fuzzy inside as a really rewarding colour to polish up.

Sealed with Sonax NPT, pretty much finishing off my stock of it so might try something new next year. In the meantime it'll get topped up every wash via the Sonax BSD quick detailer spray. 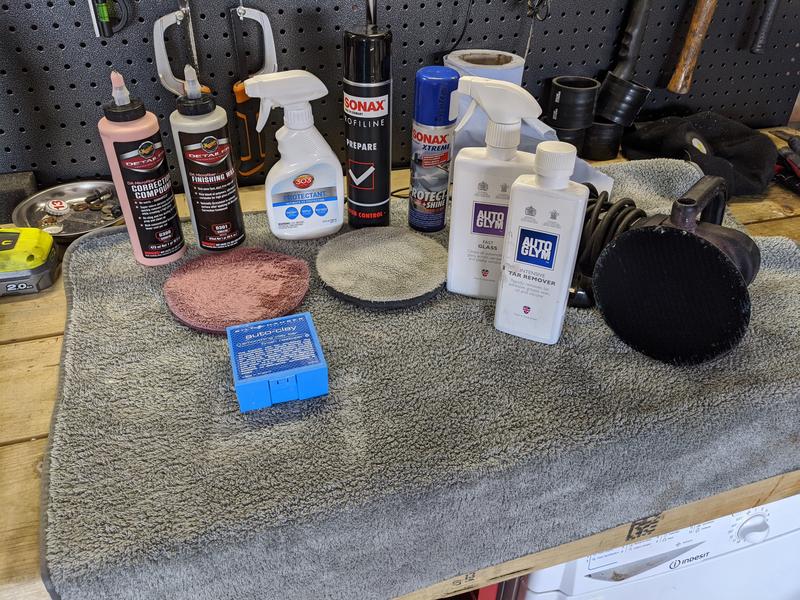 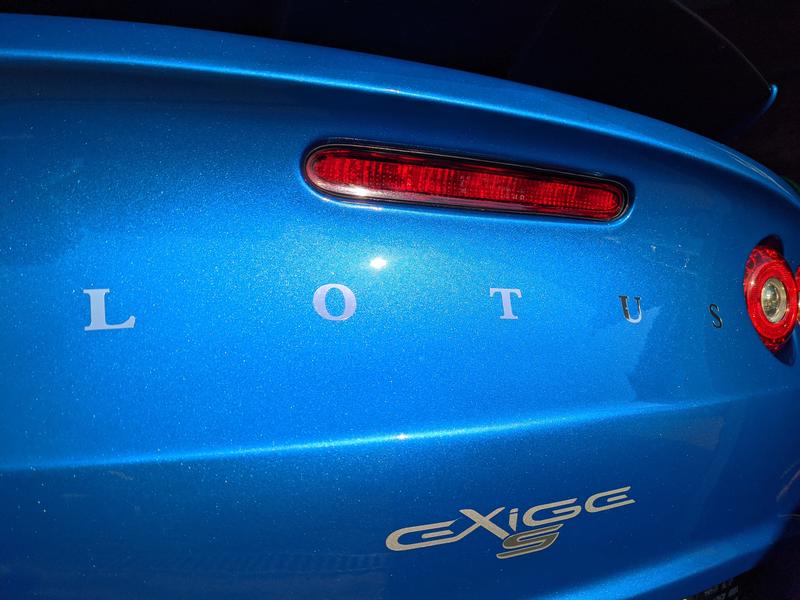 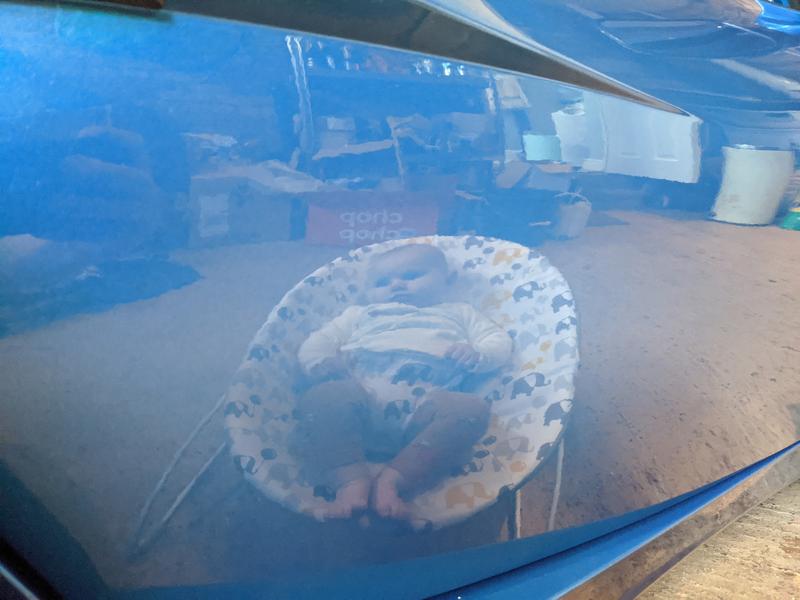 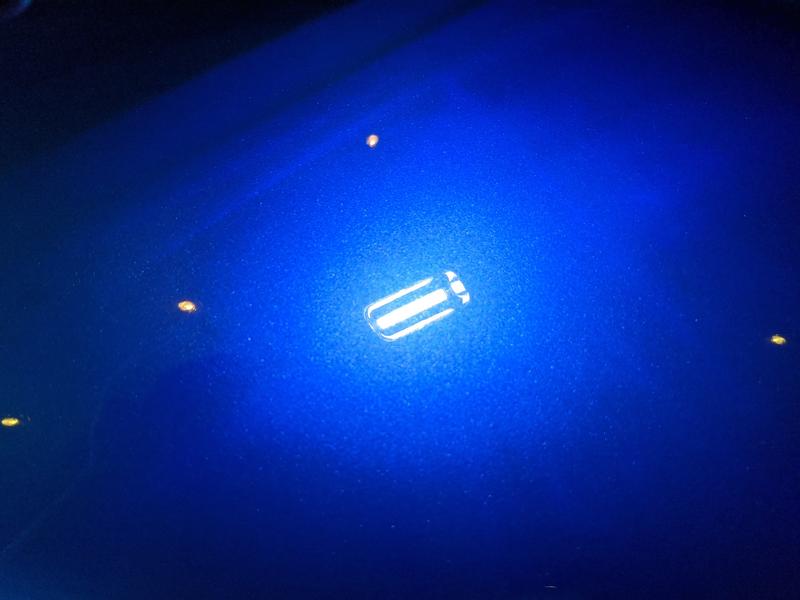 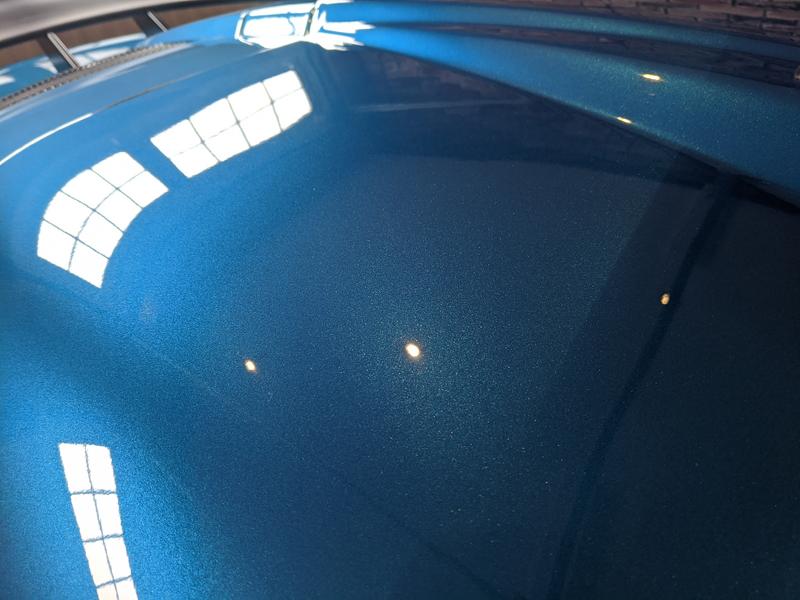 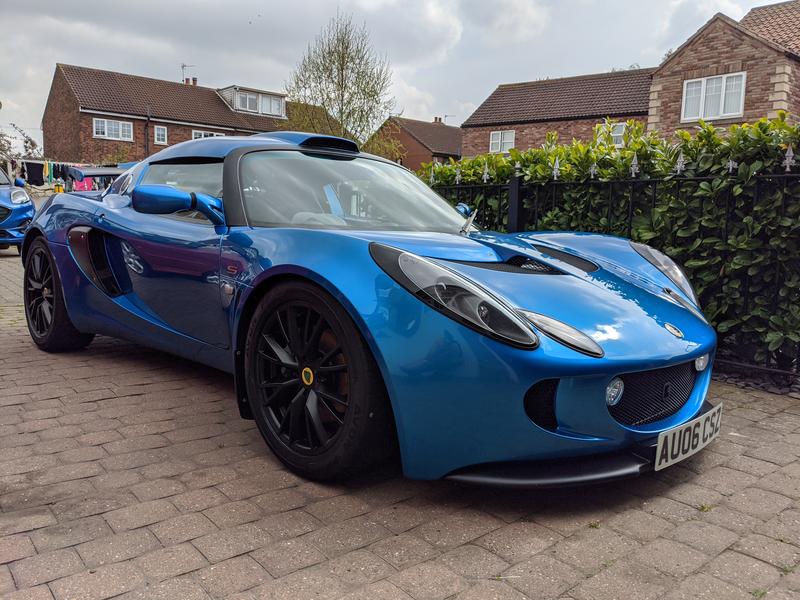 Pretty much anything black on the car inside or out got a wipe down with Aerospace 303 protectant stuff, such a good all-rounder.

Wheels all came off during a day in the garden, some generic megs' wheel cleaner followed by a claying, hand polish with some random compound I had lying around and then coated with the same Sonax NPT as used on the car. I'll probably be bedding in new brake pads soon(?!) so I might come back to them with a sacrificial layer of something else just to keep on top of the mess.

I'm not a huge lover of satin/matte wheels, had I had them refurbed myself they would probably have been gloss but after cleaning them up they looks pretty nice, picking up just enough of a shine to be satisfying. 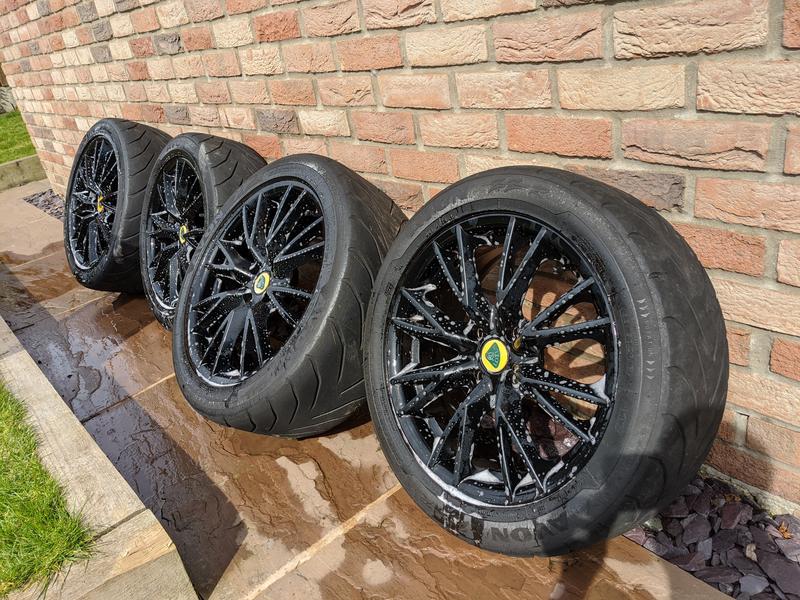 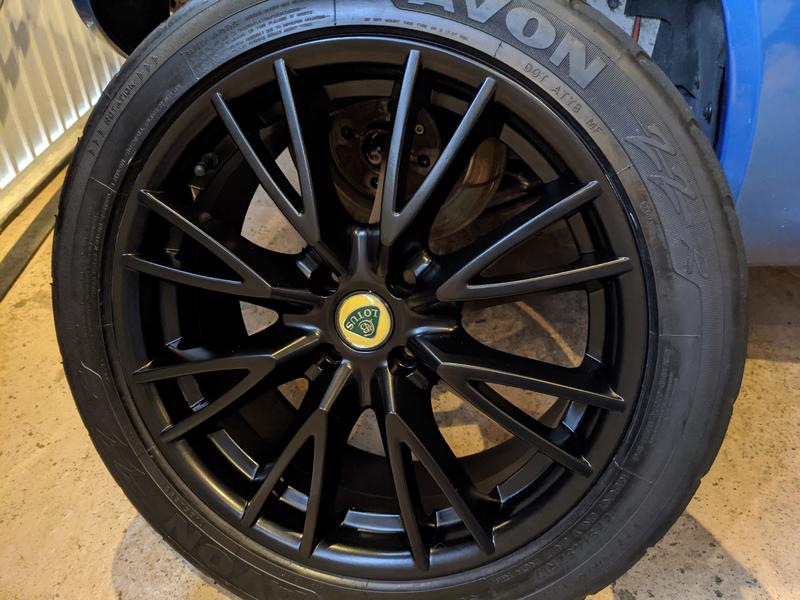 I did however find something quite upsetting... 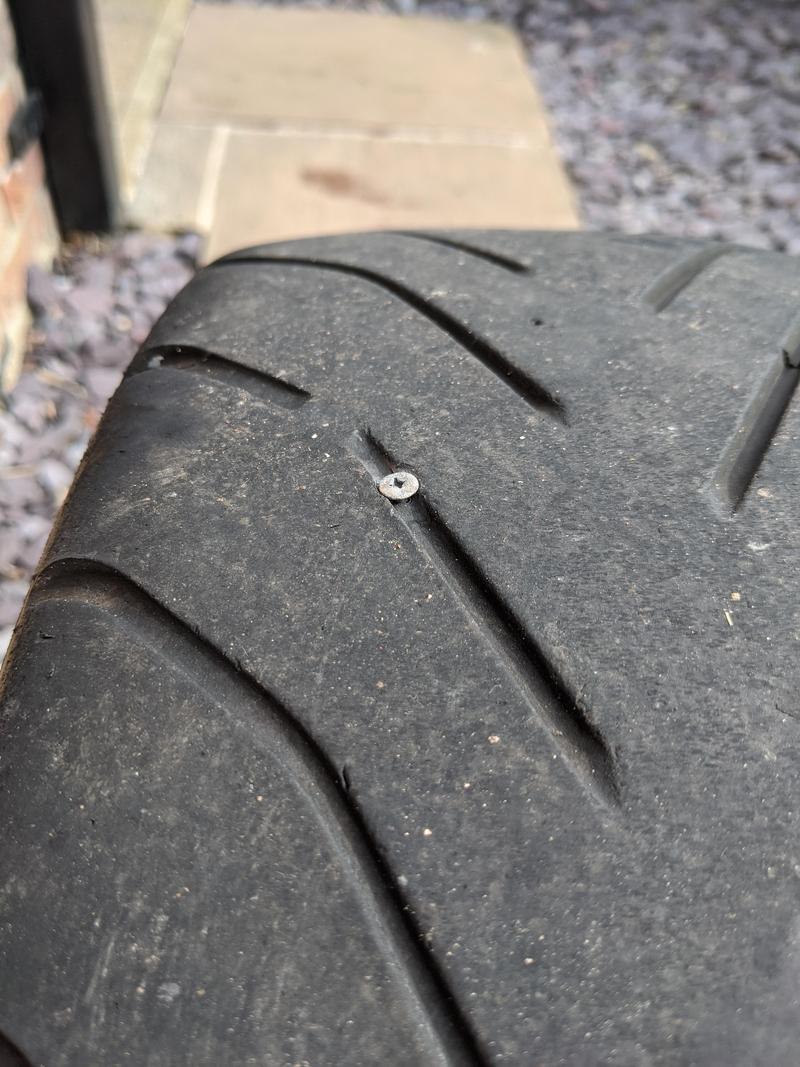 Two things wrong with this, first the screw and second the wear pattern - the outside edge is almost demolished, compared to the tyre on the other side of the car (OS Front) which is almost brand new. Looks like the few miles I did with my "doing it by eye" geo has utterly destroyed it. I guess looking on the bright side at least the screw is in the tyres that's trashed anyway, but still will replace the front pair and leave the one remaining good one as a useful spare. Rears probably have a trackday or two left in them so can address them later.

Engine bay got a wipe down, plus spotted a bolt missing from the charge cooler which I sorted. Woops. 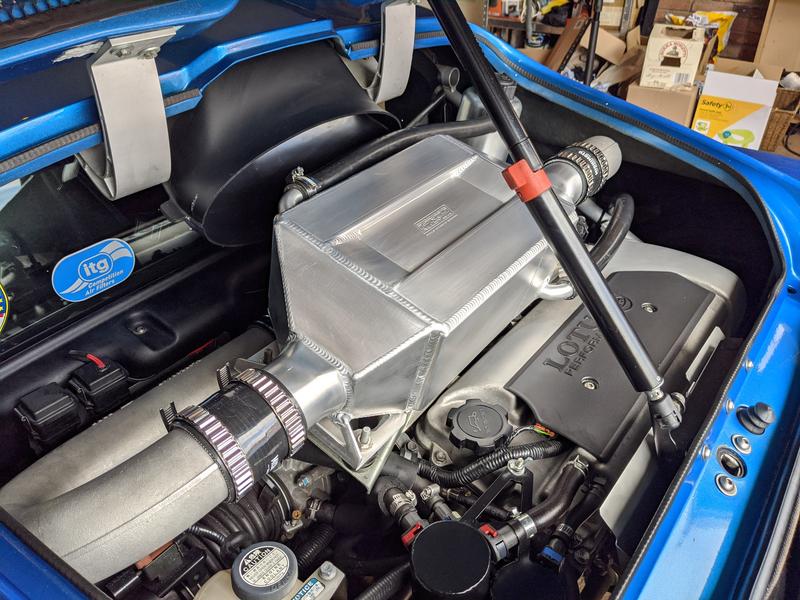 When I was laying on the floor polishing the lower parts of the car, I spotted some parts that bugged me as they're rusty, minging and (sort of) on display so they came off for a rather over engineered process to clean them up and repaint. 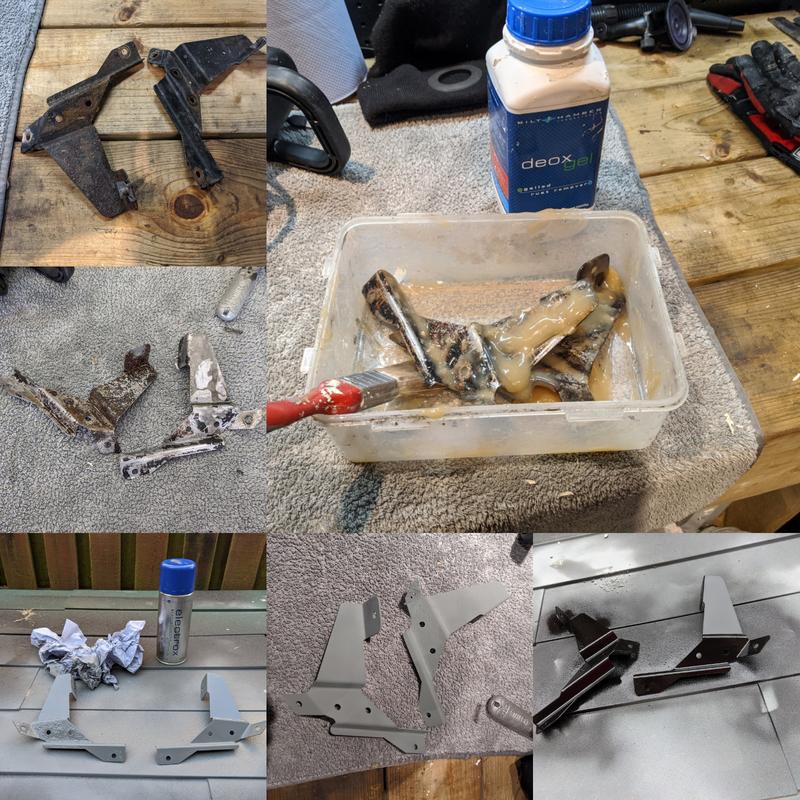 5 points for guessing what they are.
Top

I am purely guessing here : the parts are the sidepod holders?
Top

I forgot to mention, my wheel centrecaps are looking tatty - doubt they're genuine based on the state of them. I'm not forking out Lotus prices for replacements, so on the hunt for some somewhere-near decent dome gel stickers in 50mm diameter if anyone can recommend a printers or generic knock-off shop. There's just one eBay shop I can find listing them in 50mm and they're apparently closed for the duration of the 'crisis'.

Also on the topic of Lotus logos, my steering wheel hornpush is looking a little faded so might be on the lookout for one of those too which'll fit my Sparco300.
Top

Good grief, Karl, you’re introducing me to a whole new world of car care products. Never used or handled a clay bar in my life for fear of doing irreparable damage.
When I took off wheels a few days ago I only cleaned the inner rims, intending to clean the whole car and the outer rims later. But I failed to get round to it( I’m awaiting delivery of some foam stuff for my new lance) Instead, I’m sitting about reading copies of Evo and Octane I have had in stock since last year, popping a bit of air in the tyres and occasionally doing a bit of exercise on my turbo trainer.
I need to focus! Top job.
And I notice you have a little helper on hand. . .
Top

I intentionally veer away from using the term 'detailing' when I have a go, because it's discrediting a pretty skilled trade!

Claying in theory should be safe as houses, I think you can get cloths/mitts with "clay" attributes built in nowadays which probably makes it a bit more user friendly. I would never do it though unless I planned to machine polish afterwards, as I find it hard to believe you can thoroughly clay a car without introducing more swirls as a result.

As for polishing, DA polishers seem to be pretty idiot proof. When I first had mine I had a scrap panel lying around that I did some practise on to see just how abusive I'd need to get to cause damage. It turns out, you can only really cause damage if you hold it in one position for a <long> time on a ridge or edge, holding it on a flat surface just seems to dissipate the heat too quickly to cause any harm (which is in turn why a rotary has a better 'peak' potential in the right hands).

I'd love to learn it all properly with a rotary, but if I'm honest once I get started - I wish I never did, it's a lot of work and even if you spend £2-300 for a 'detail' by a pro, it's a bloody bargain to be honest. I probably spent £100 just on bits to top up my supplies to allow me to tackle this work, and when you add in 8-10hours labour it's just not worth DIY'ing it! Lockdown is obviously a different story though, so I got stuck in regardless.
Top
Post Reply
322 posts