This is where we proud owners can upload information and pictures of our pride-and-joys (their Exige that is..)
Post Reply
1029 posts

I hear you on the V6 Exige… I so very nearly bought a 410 a couple of years ago when mine was going wrong… but my wife reminded me that just because I’d be going faster, doesn’t mean I’d be having more fun… plus she also mentioned that fixing it is half the experience, and the V6 would likely need less fixing

It really is. Lotus don't really make an ugly car, but the S2 proportions are just gorgeous to my eye.

Nothing against the V6 at all, fantastic car but I'm just starting to feel like the S2 is moving around underneath me the way I want it. From a driving development perspective I'm not ready to move on yet.

Still nothing is off the table, I'm just trying to organise things in my head. Getting the car back running and in a condition to be saleable or driveable is step 1.
Top

That’s what I like to hear! It’s always so demoralising when they’re in bits/broken… Get it saleable/driveable and see how you feel at that point… Fortunately, even when it’s broken, it’s great to look at

Why not turn the current car back to 275ish, standard gearbox. Strip weight out, perspex windows, dash, sound deadening, etc etc and turn her into a light weight track weapon/project?
Top

Nothing is off the table

For any Exige S owners reading, 275/280 in these cars is massive fun. 300 is a bit more, in hindsight it's not worth the added risk to the gearbox. I've spoken to many specialists in both the Toyota and Lotus worlds now and everyone agrees I've been extremely unlucky with this, but still. If I could wind back the clock I'd leave the car at ~280bhp and enjoy it for much longer.

The diagram I did on my kitchen whiteboard immediately following Cadwell turned out to be fairly accurate. 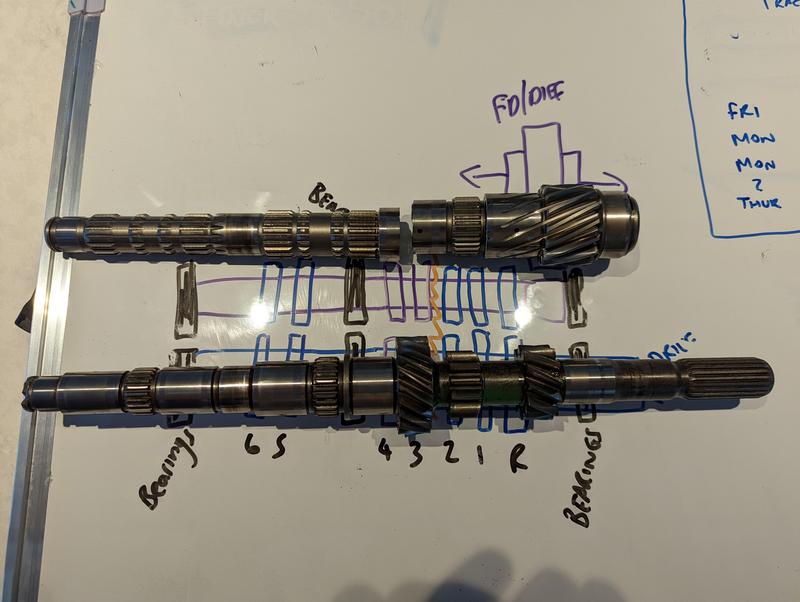 I've spent the last week or so mainly staring at the car, but my neighbour (he's literally the second most experienced person I know at swapping 2zz gearboxes out) pushed me into getting a move on and mounting the new box. No photos because I'm sick of this as much as you are, but we have our technique refined now and it was in fairly easily.

Just prior to the install, I fitted some new Toyota output seals. 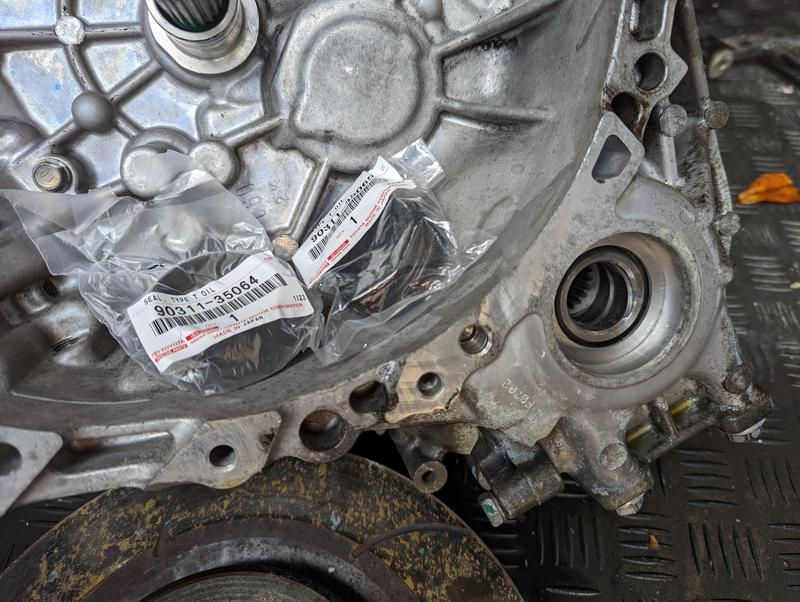 I spent another few hours on mounts, ancillaries, etc. The only change of note is that I put studs in the forward facing engine mount to make reinstallation easier (it was).

I fully disconnected the gearbox oil cooler to fully flush it out (in case it ended up with some shrapnel in it, despite not being running at the time) which meant dumping a load more coolant on the garage floor, so today I got the car idling on the ramp and rebled/refilled the coolant. I had some cheap and cheerful Halfords gearbox oil in the new box because I knew it had been sat for a while, and just wanted to clear out any dust/crud that had formed within it.

With the car and box up to temp and fully bled, I switched off and drained £30 of Halfords goodness down the drain. (not literally, EA).

All that's left now is to buy and fill the box with MT90, rebleed the cooler and then give the car a cursory geometry check. (lots of suspension components disconnected for a box change). 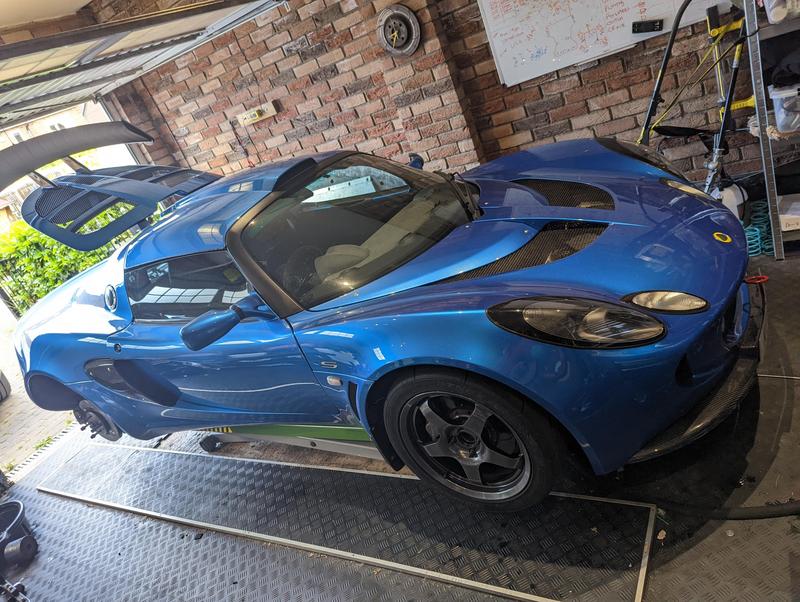 Oh, and decide what I'm going to do. At 300bhp the standard box may survive, it may not. It could last 5 years or 5 laps. Feeling how I'm feeling, I'd rather take the edge off of the car a bit so I intend to fit the standard pulley back on and give the map a little tweak and try to build some confidence back up.

Standard pulley made 280bhp last time I had it on a dyno, it's not quite as easy for me to revert to that map because I've made some fuelling changes I'd rather not undo because they add some good engine/surge protection mechanisms. This means I'll have to 'fix forward', the WBO feedback should keep fuelling in check but I think my timing will be a bit on the low side, meaning power may be lower than 280. Still, safety first. I'll hopefully survive Croft next Friday and then take things from there.
Top

sorry to hear about you gearbox/drive issues.Now you have me panicking about the H111 kit i am getting fitted to mine, i cant afford a g/box issues

Don’t panic. I think Kyle’s box disaster was a freak.

Indeed, H111 280 kit is on the safe side of power (realistically I would expect somewhere around 260) and as you only use on the road you won't be putting the box under anywhere near as much stress.
Top