This is where we proud owners can upload information and pictures of our pride-and-joys (their Exige that is..)
Post Reply
39 posts

I will try to combine an introduction of both the car and myself in this thread.

Myself I’m a real car enthusiast and over the last 2 decades gathered a small collection of (well at least in my opinion) special cars. I’ve always been very interested in Lotus. Around 1998 I tried to buy a new Elise at the Lotus dealer in Eindhoven. Unfortunately the trade-in for my  old car brought me to tears and I didn’t go through with the purchase.

Then around 2003 I imported a 1984 Turbo Esprit from the UK. Supposedly in good restored condition. Many (and I mean MANY) thousands later (euro’s, not miles) it was usable, but they never managed to get rid of the huge brake judder.

Around 2006 I bought a yellow Elise 111R which I enjoyed as daily drive for a couple of years whilst still owning the Turbo Esprit.

Around 2008  I traded both the Esprit and the 111R in for a Exige S which I ordered new. Till now that was the only car in my life that I ordered new (took a huge loss when selling it, so never again). I used the Exige S as a daily car until 2010 and then I sold it and became Lotusless.

Still, as many of you will recognise, the search and hunt always continues. There was a blue Esprit GT3 for sale at the Dutch Lotus dealer. Needed to be sold on behalf of a client and was in the showroom for ages because of its optimistic pricing. Interesting car though: first owner, LHD, Dutch delivered and only about 30K km. At a certain point I noticed that they had dropped the price with about 25% because the owner needed to get it sold. And then (around 2012) I bought it! It’s in mint condition and I added about 10K km till now. I’m proud to have it and keep it in this condition.

Other car’s I have are a 1995 Marcos Mantara and a 1981 Renault Alpine A310. As you can see, reliability has never been high on my requirements-list when searching for different cars.

Recently I started a search for a S1 Exige. Which was not easy because I’m a bit of a perfectionist and it was difficult finding a suitable one. I then thought of buying a relatively cheap example and then have it restored (I can do some things myself, but I have a structural lack of time so it would have required a lot of help from the specialists/dealer). LHD there was very little to choose from. I got a bit disappointed about the first RHD Exige S1 I inquired about. It was apparently already sold. I’m not a fan of advertisers that keep advertising sold cars for whatever reason.

Then I saw jonnyfox’s sort of semi withdrawn advert. I thought I would give it a go; people can change their minds about selling/not selling. We managed to do a preliminary deal that we were both happy with based on all the pictures online. I flew over a couple of days later to meet John and the Exige. John was great in explaining all even though I only had 2 hours before I had to fly back. It was very nice to meet John. I had no problems closing the final deal and had the car picked up last Friday by a specialised company.

So now it’s here in Holland. For now the plans are made out of 2 steps:

First to get it registered and on Dutch plates before Brexit (although no one really knows when Brexit will happen). But just to be on the safe side I made arrangements for this week. The headlights need to be changed for LHD ones and at the rear some lights need to be switched. Then it can go to the Dutch DVLA to get it registered. The Dutch Lotus dealer will help me with this process.

Then in jan/feb 2020 it will be converted to LHD. I already spoke to the dealer that because of the immaculate condition of the car they should wear gloves when working on the car

New forum for me, but I will give my best to post some pictures 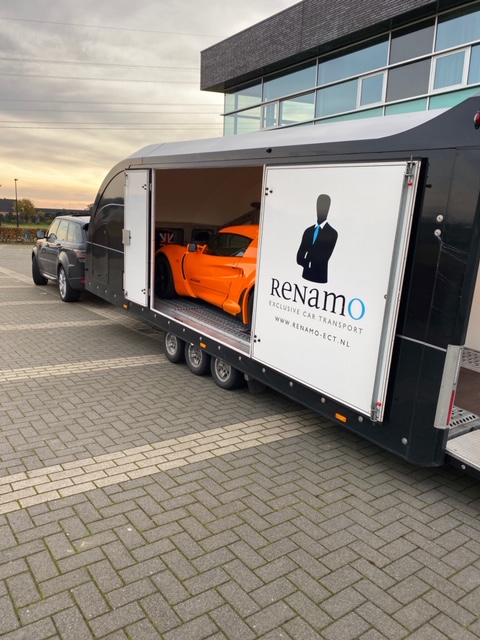 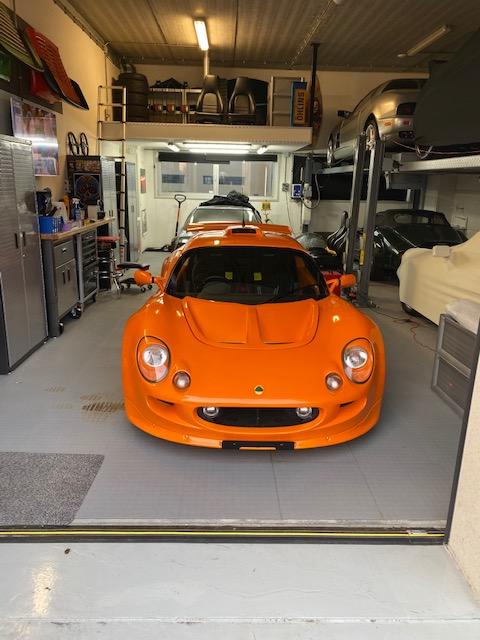 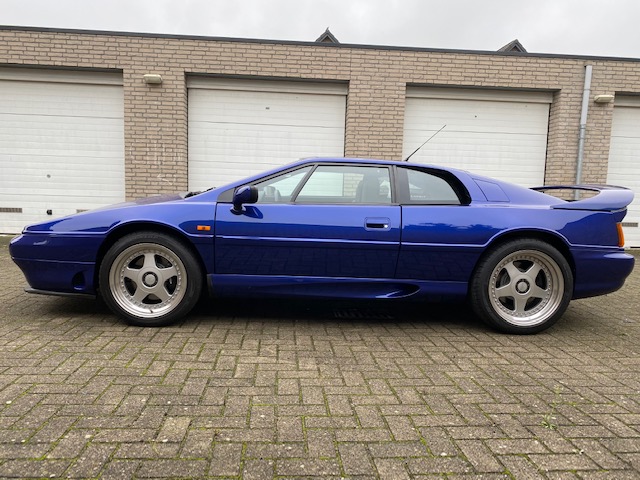 Fantastic intro Marc. Welcome along and thanks for taking the time to register
Top

Marc! Superb buddy, I'm so glad you've had time to register on the best most friendly community forum on the planet.

Welcome to the fold, Marc. Hope you have plenty of fun and gain lots of info on here.
Exige S1 No: 139
Top

Thanks for all the welcoming posts, I will keep this thread alive with all the things that happen to the car. This morning it was picked up fo phase 1 of my plans: getting it technically ready for the RDW-inspection plus the actual inspection itself.

The car was only in my car-storage for a couple of days and now gone; i miss it already therefore I can imagene how John must feel....
Top

off it goes into the Pac-man trailer... 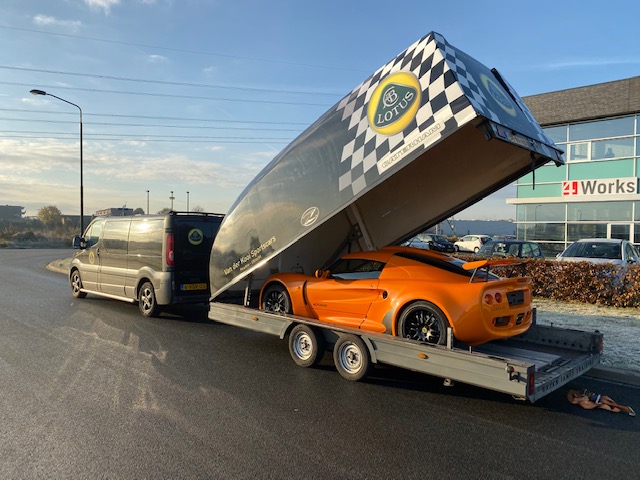