This is where we proud owners can upload information and pictures of our pride-and-joys (their Exige that is..)
Post Reply
106 posts

As suggested by jonnyfox in the introduction section I open a new thread to report on project progress from time to time.


I bought my Chrome Orange S1 #467 from Marten who started a kind of restoration/de-trackify project but decided to part with it.
It was acquired by him via exiges.com in 2014 from user Gulfb. The car has seen heavy track usage in its early life and needs some work.
I'm glad that the car is still with its VHPD engine.

I finished the front compartment where the heater, brake, clutch, etc. live. As a former AC car many things needed to be changed.
After cleaning up the old mess I

- overhauled the pedal box with new igus bushes (much cheaper when ordered directly from their site)
- fitted new clutch and brake master cylinder
- fitted the new heater housing which is a LHD version and so I fitted it to the left hand side
- added a Odyssey 680 battery and strap-fixed to some airline rails which were a left over of a camper trailer project
- fitted a main battery switch
- installed the new wiring loom
- exchanged the radiator against a good used one made of aluminium. I hope this one will last longer than the last one fitted to my Elise which cracked after 3 or 4 years.
- installed new driving lights and a set of dual tone horns

On AC-cars there is a vacuum controlled heater valve in the engine compartment that shuts the heater circuit off when no heating is needed.
With the new heater-only cable controls the heater would have been always 'on' and only a hot/cold air flap would have been used to set the temperature.
I first thought to still use the vacuum valve but decided then to just add a simple cable controlled water valve installed close to the heater.

The plan is to control the heater flow with an additional cable operated pull knob mounted under the dashboard. I hope that will help to keep the car a little bit cooler inside with no (additional) hot water circulating through the sills and the front. 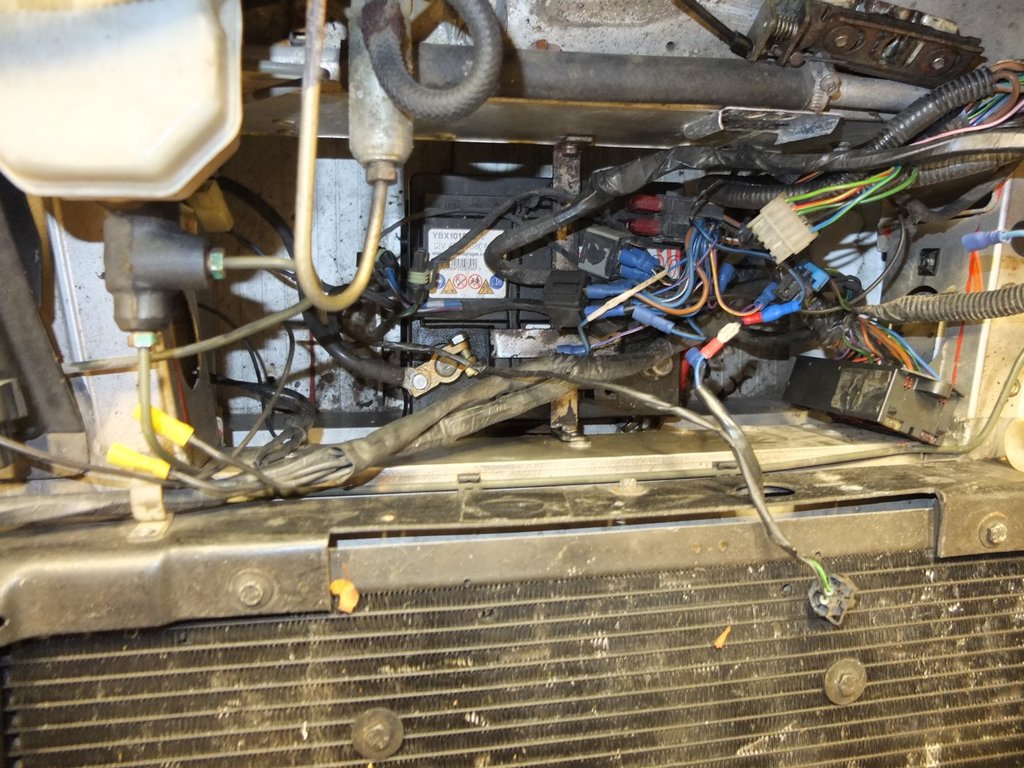 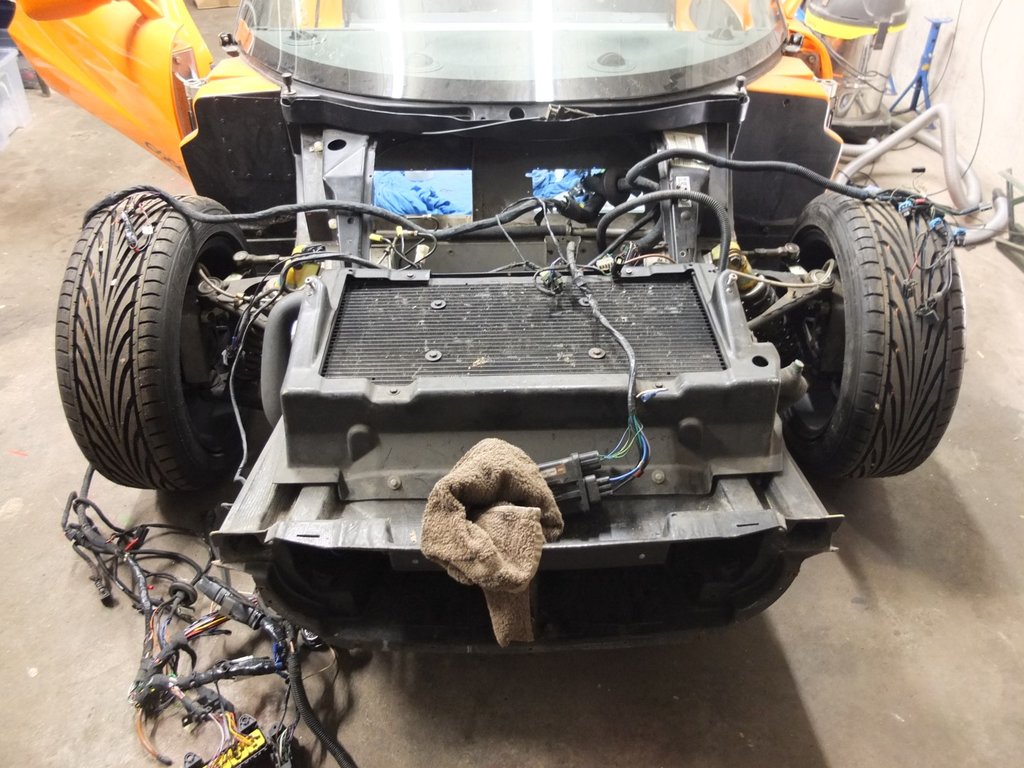 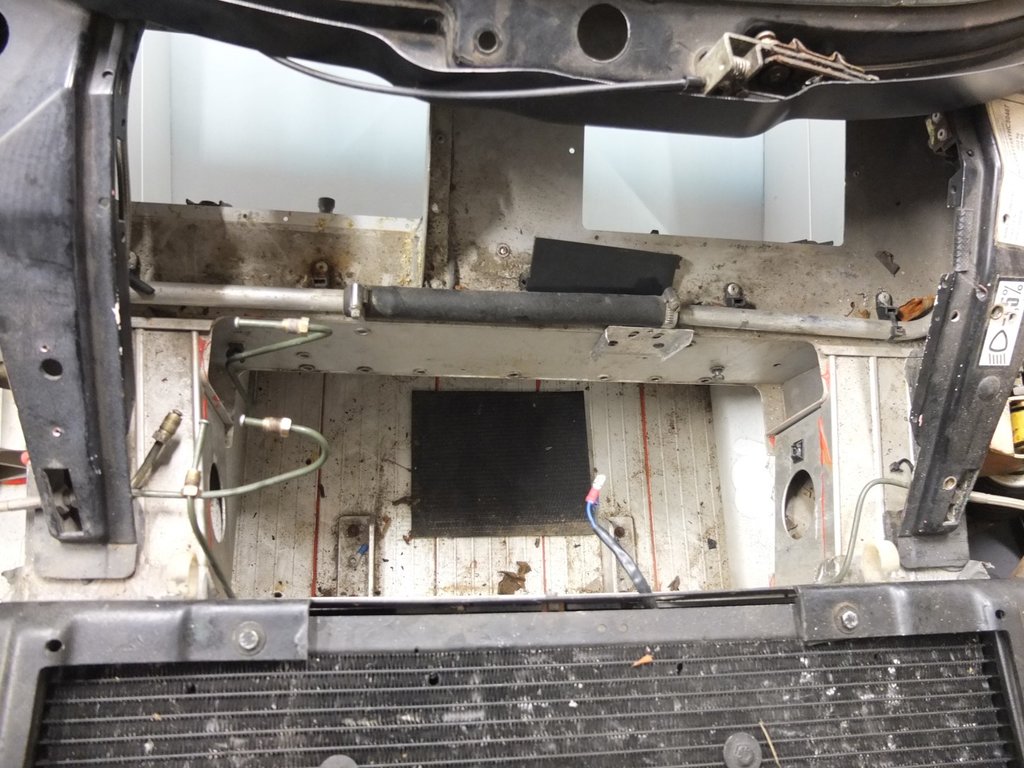 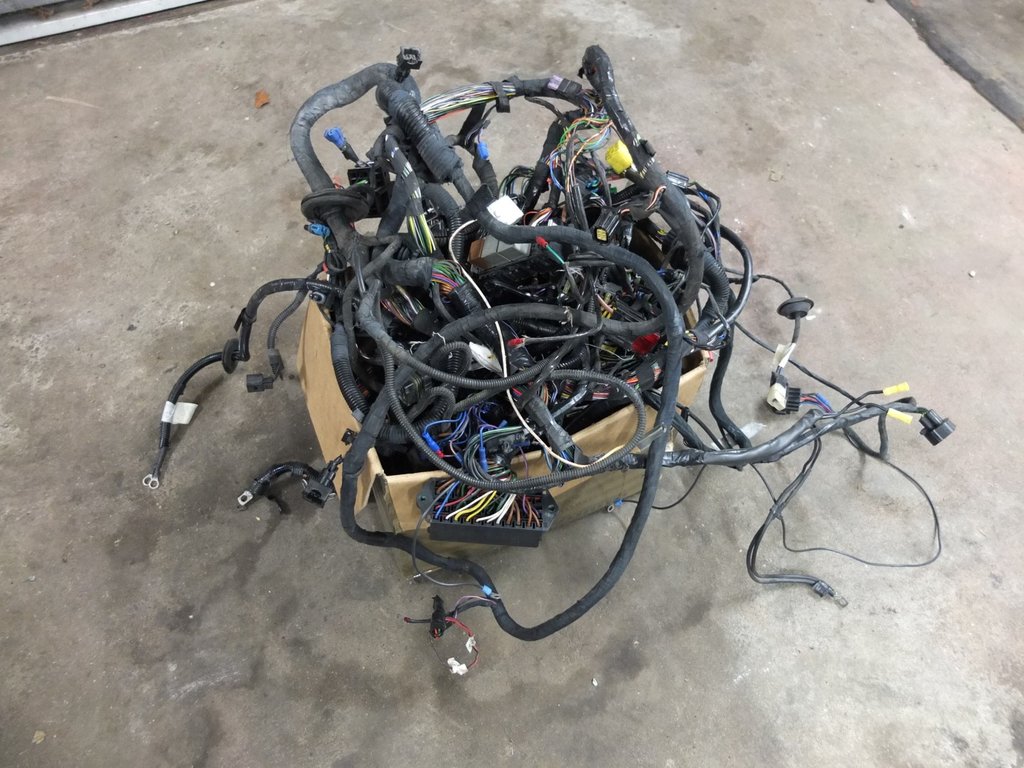 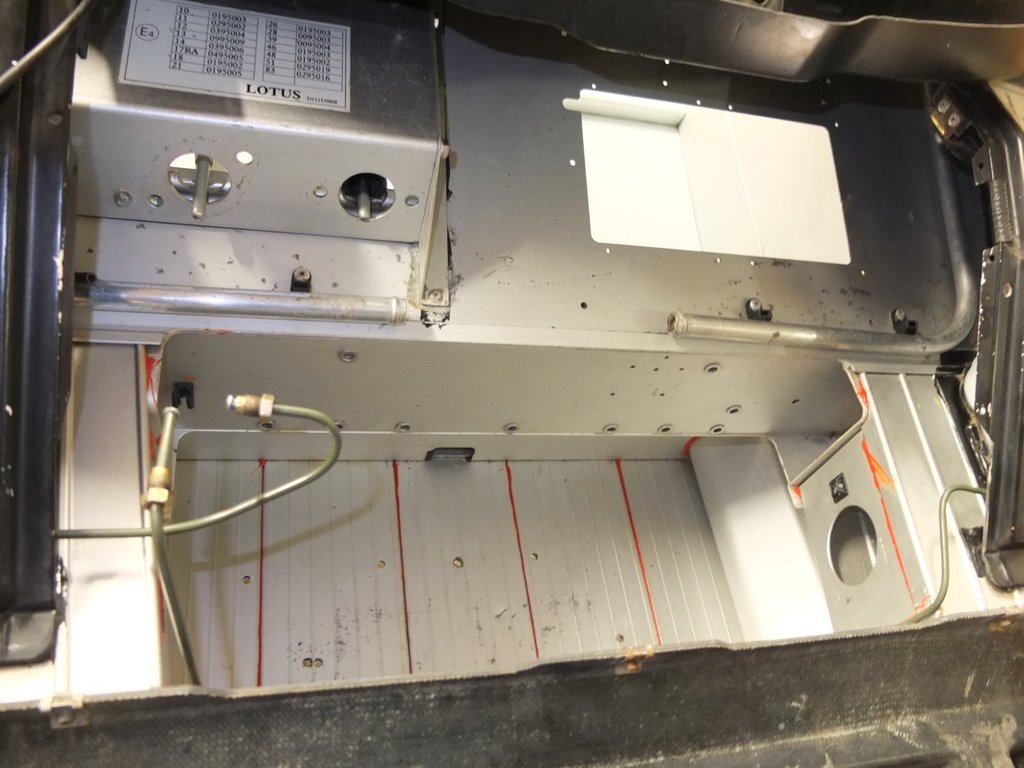 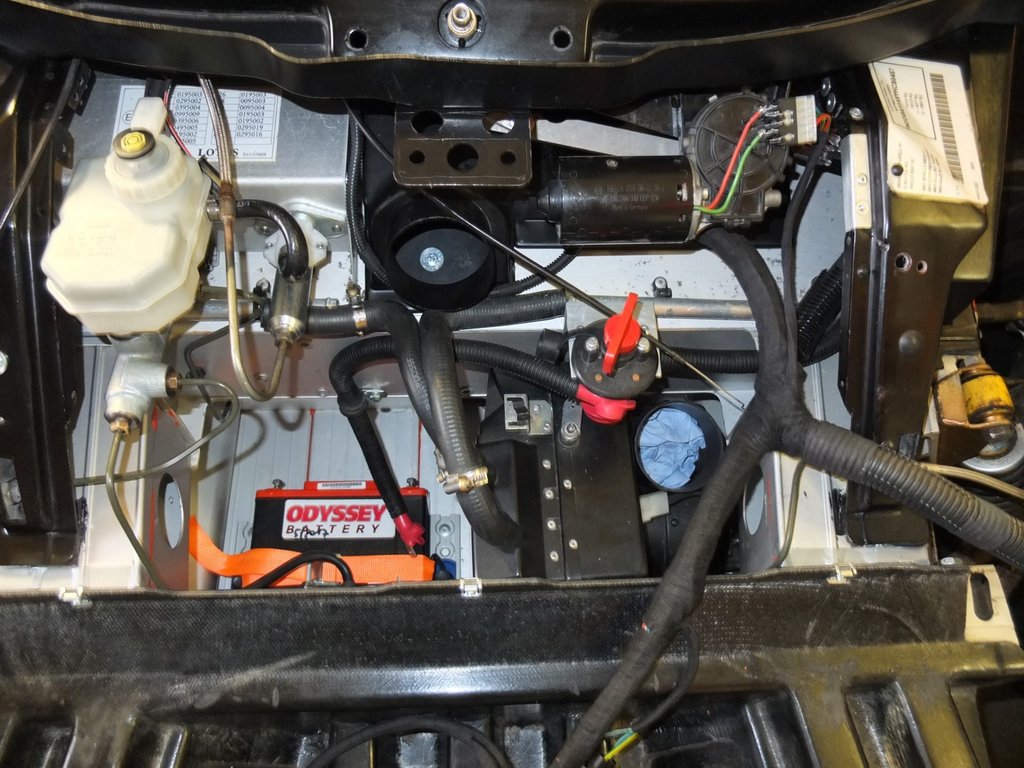 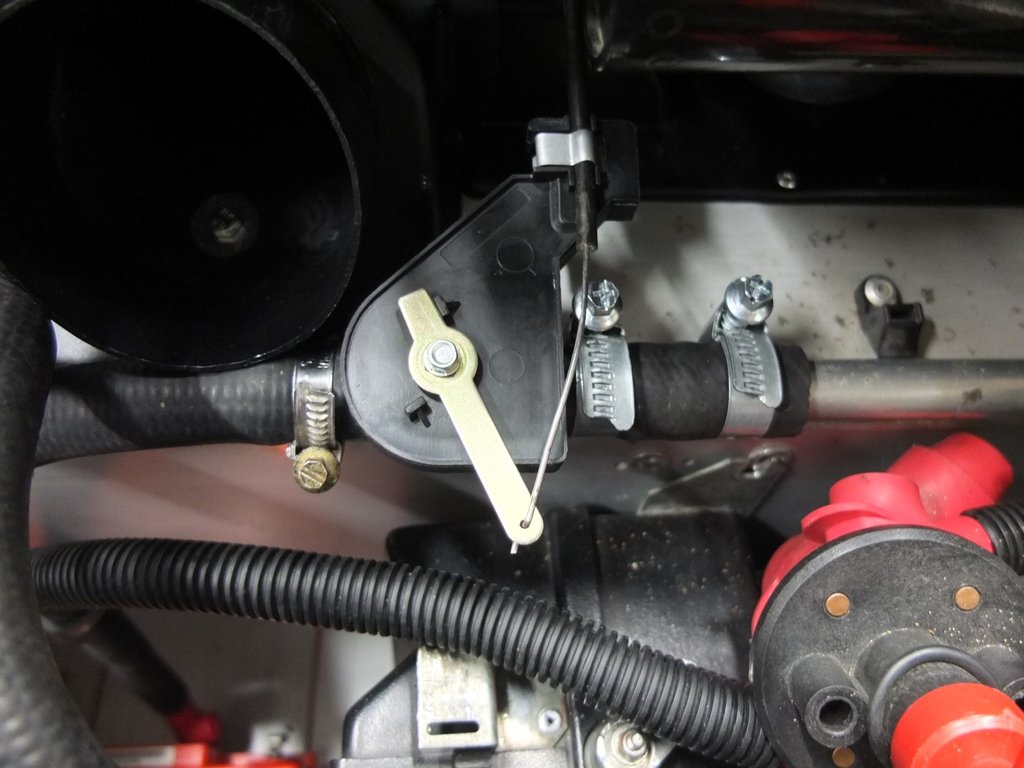 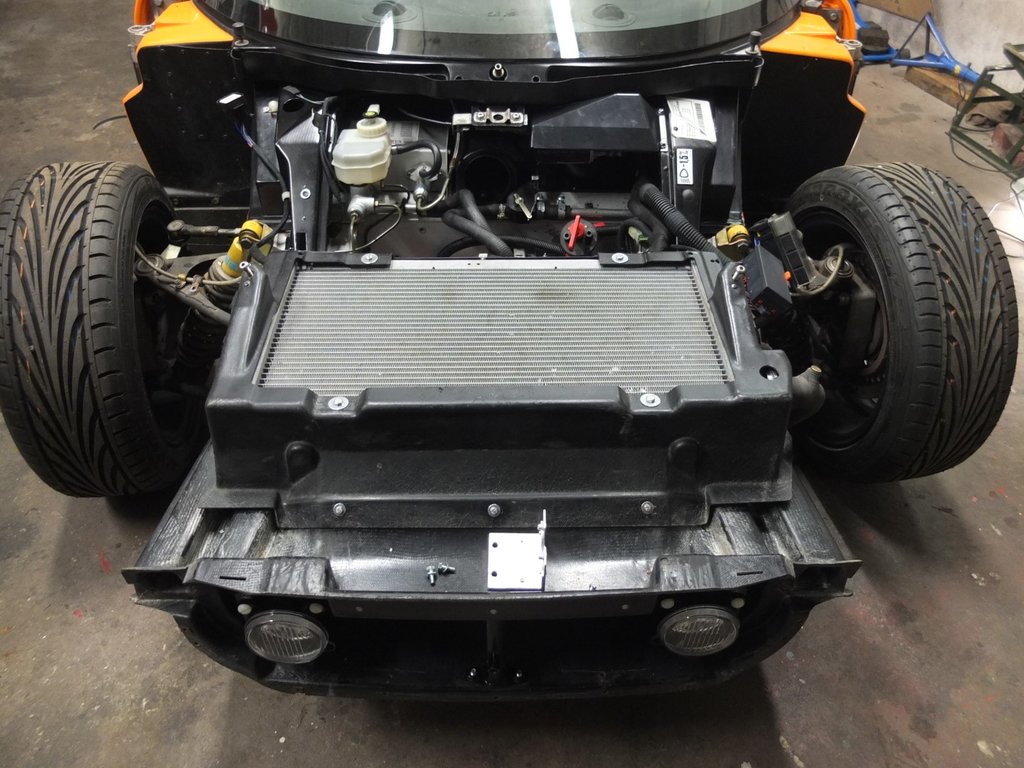 Excellent work ....you are immediatly elected to the Exige Refurbishers club.
Will be interested to hear how you get on with the odyessey battery as I have one in stock and it would be much more convenient than the regular boat anchor jobbie.
Keep up,the good work
Adventure not Dementia
Top

I need to get back on it

Intersting with regards the heater though buddy.

Concerning the heater shut off valve I still have to actually test this setup since the engine is not running at the moment.
I'm aware that the heater circuit is part of the small circuit and acts as a second bypass as long as the thermostat is closed.
So blocking the heater circuit may harm the coolant flow during engine warmup.

On the other hand Lotus did fit a shut-off valve on AC cars by themselves. Interestingly the coolant system of AC cars differ from the heater cars in a way that in the small coolant bypass circuit a booster pump is fitted.
Could be that the coolant bypass in AC cars has less restriction than the one in heater cars. There seems to be a flow restrictor near the jiggle valve in the heater bypass circuit.

So it could be when shutting off the heater circuit on heater-cars the coolant flow is too low during warmup. This might also be the reason why Lotus fitted an air flap heat control mechanism instead of a simple water valve in the first place.

So just be careful when repeating this setup on a heater car. Of course an easy solution would be not to forget to open the heater valve during warmup.

Future plans are to fit a remote thermostat to control the bypass flow and an electronic water pump to boost the idle coolant flow.
But this has to wait until I've driven the car
Top

Thanks for all the encouraging comments

- I treated the footwell corrosion in typical manner
- fitted new gear change cables and a home built throttle cable made of low friction mountainbike cables
- fitted heater-style dashboard panels instead of the AC car ones
- touched up some scratches in the Senotex dashboard paint using Nextel S139 black velvet paint which worked very well
- fitted the new wiring loom
- added a new bracket under the dash to host the cable operated heater control and a heater fan override switch
- fitted a set of new original floor mats that came with the car. They are not black as they should be but of a very deep blue colour.

You asked for more pictures, here you go: 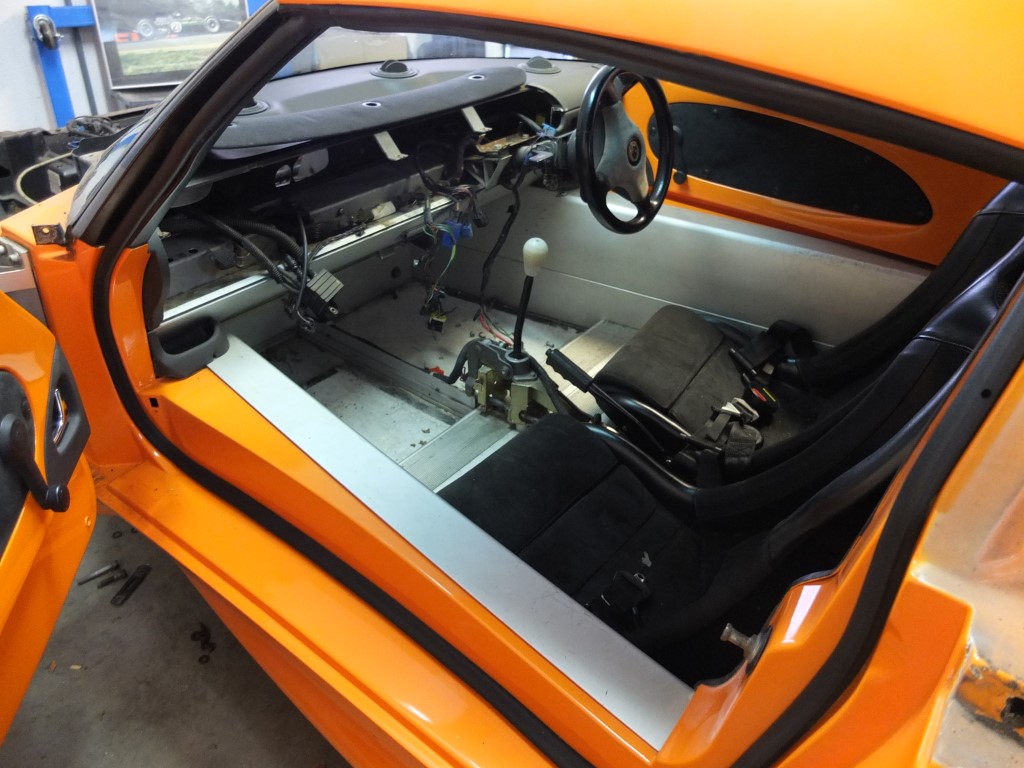 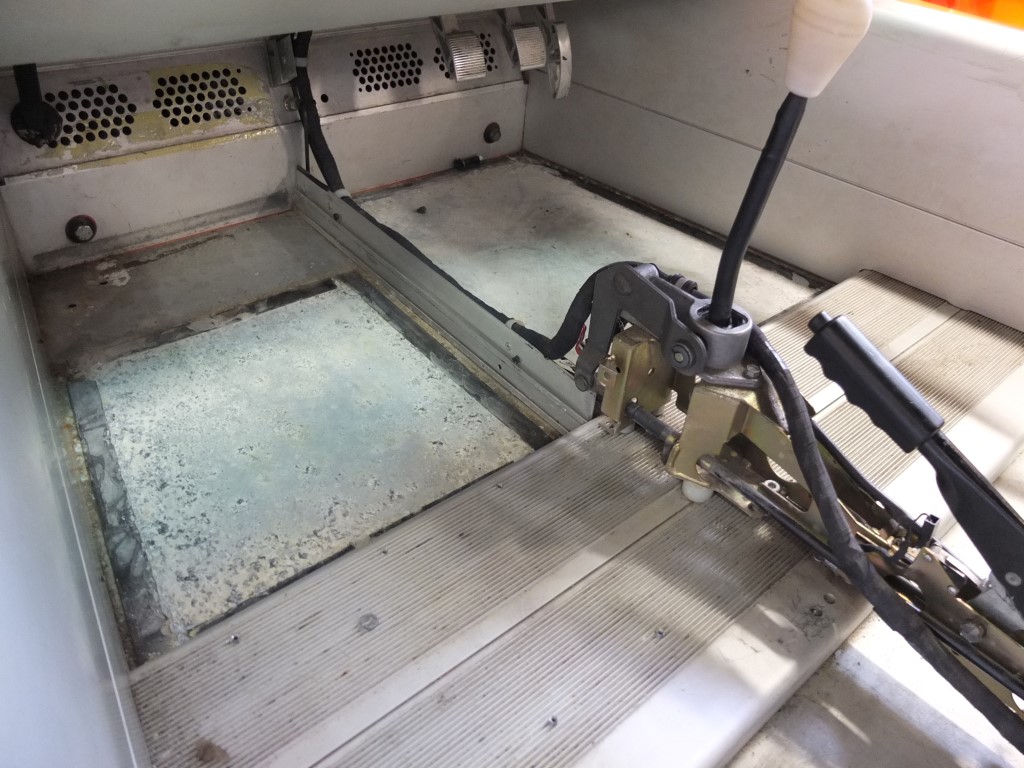 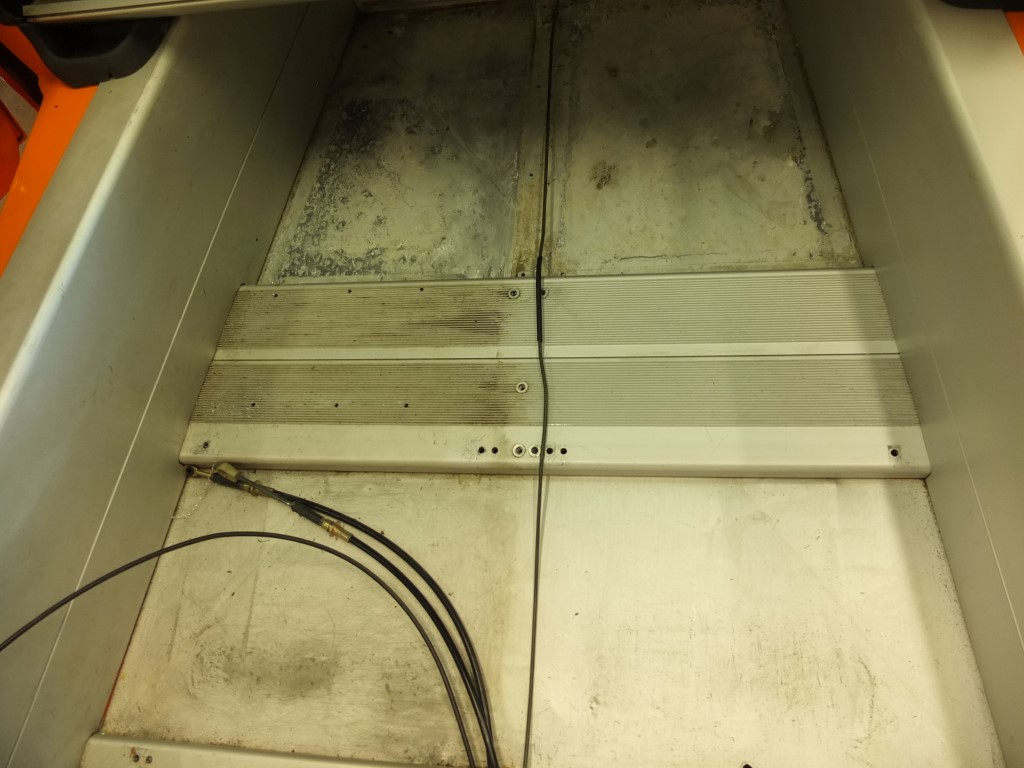 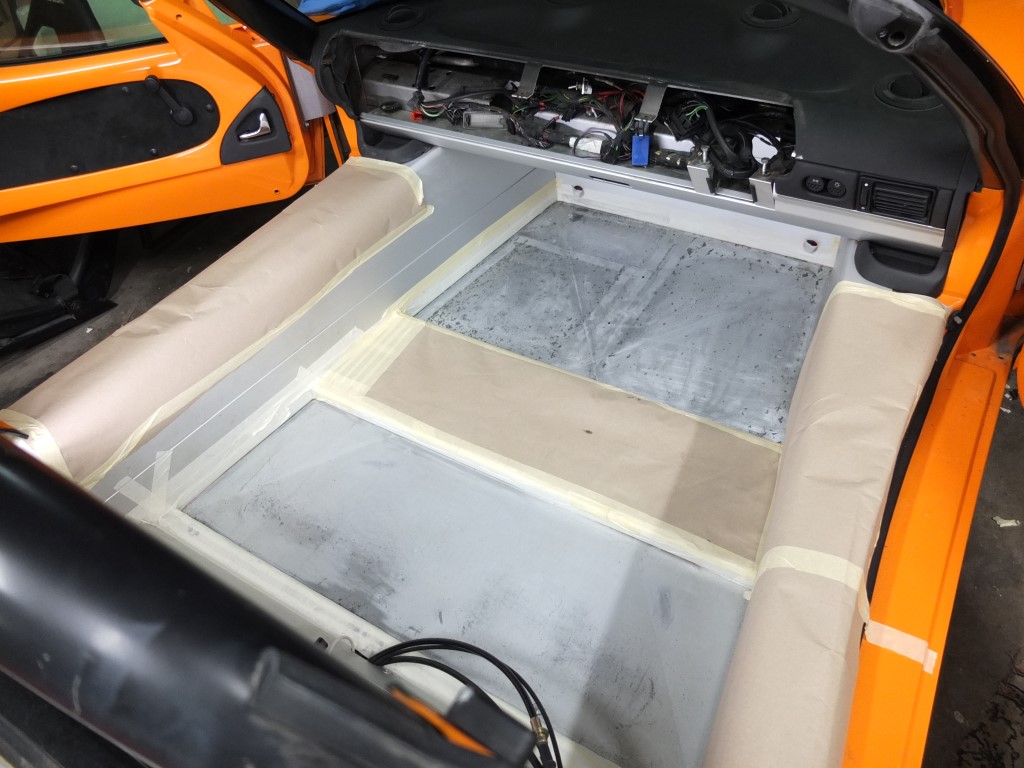 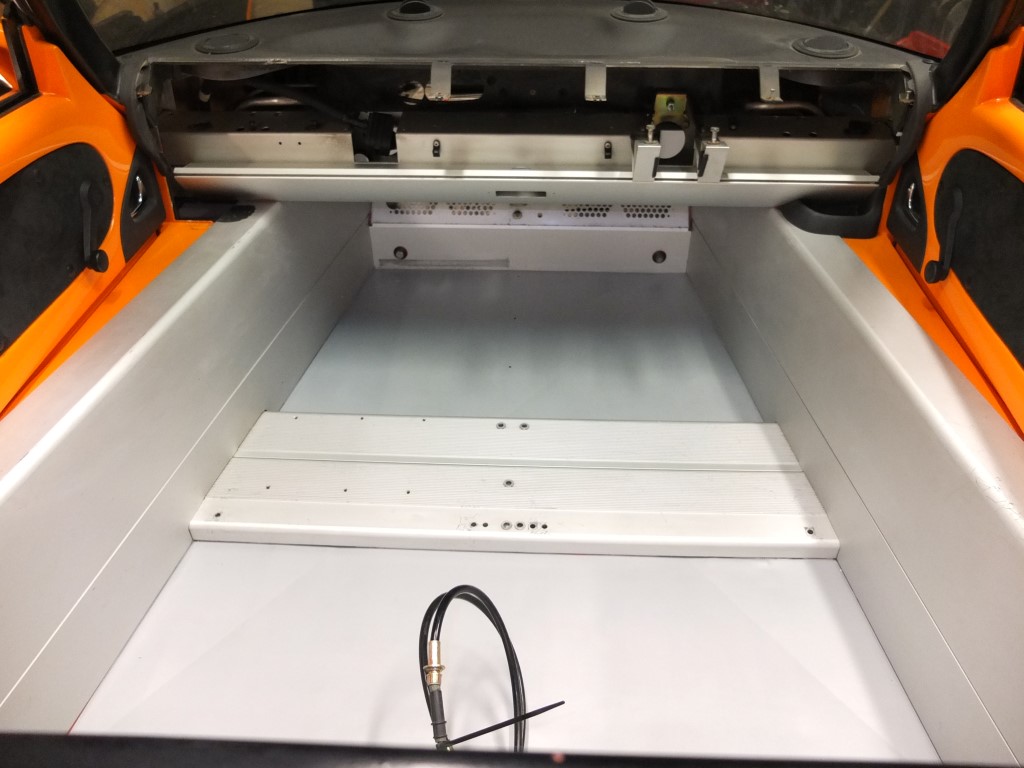 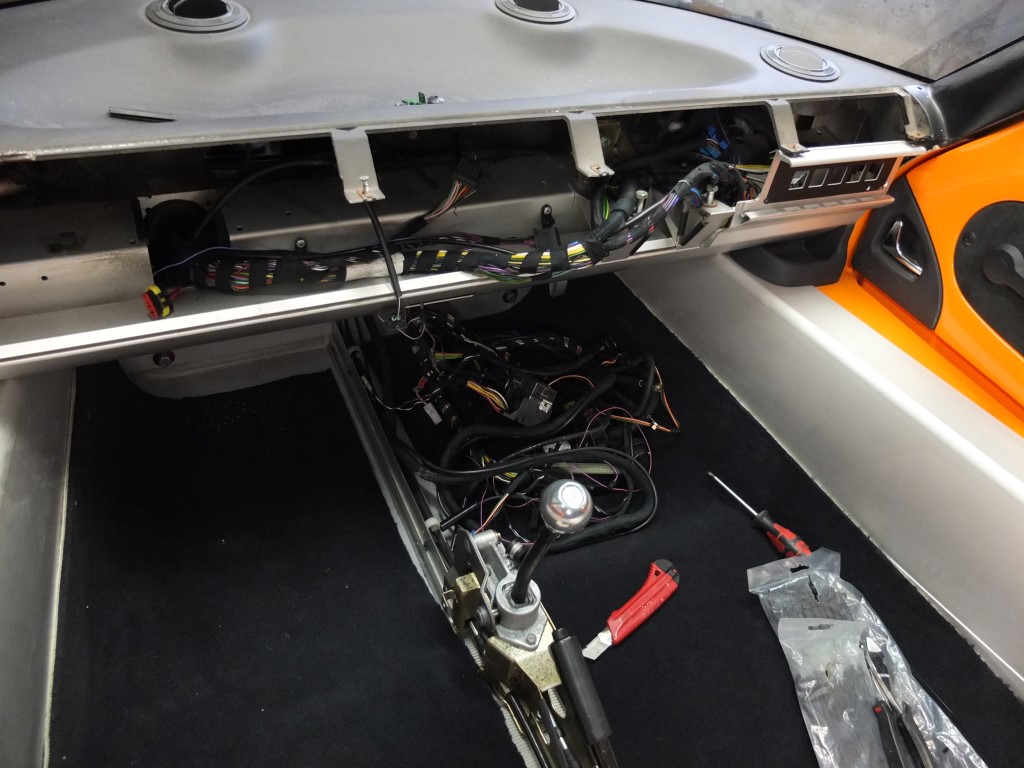 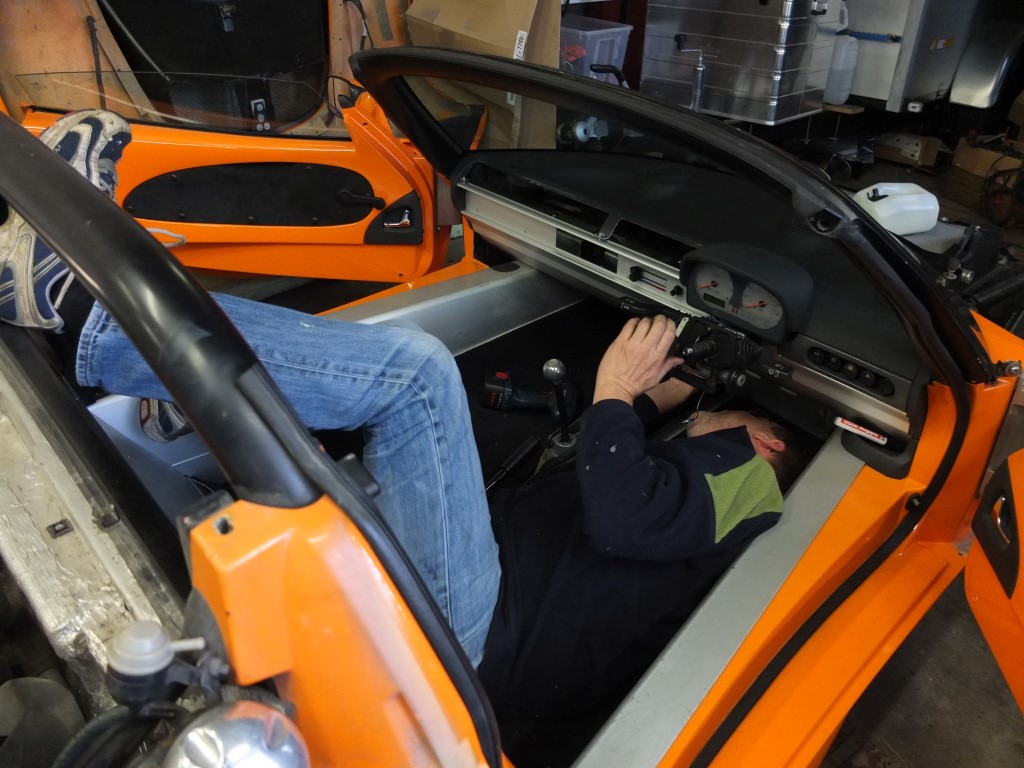 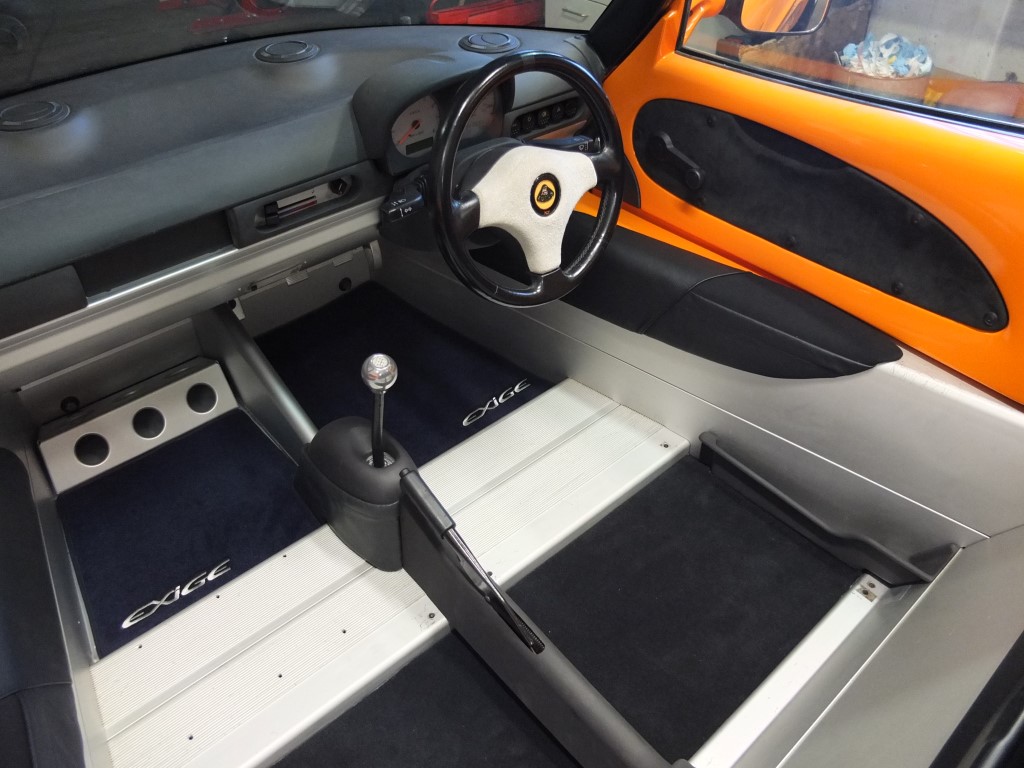 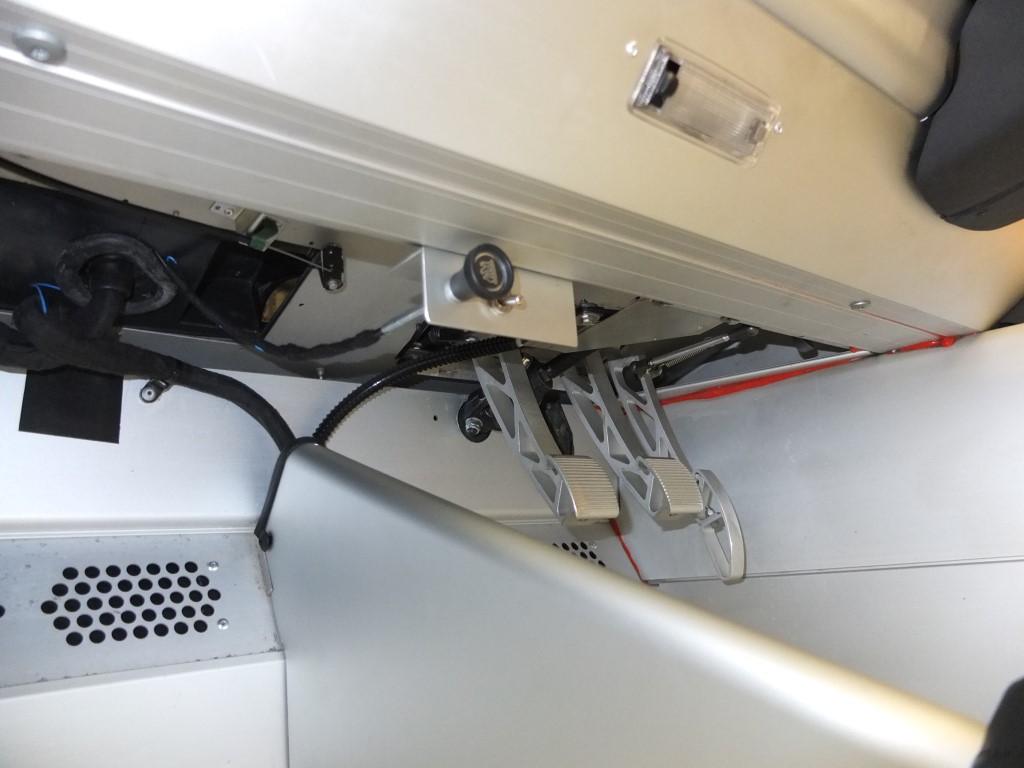