This is where we proud owners can upload information and pictures of our pride-and-joys (their Exige that is..)
Post Reply

ade wrote: ↑
Wed Mar 18, 2020 7:00 pm
You do realise you can't map the ECU yourself as they are encrypted, well saying this I assume you are running a Lotus ECU still? Maybe when the SC map was added it was unlocked?

As for the ignition staying on, this could be power going the wrong was from the OBD port?

I am long past OEM ecu Ade. This is a SCS Delta 800 ECU and its already been mapped. I am going to be attempting to change the idle a little.

The ODB port is now defunct with the ECU. I cant use it. However it appears when I wiggle some wheres below where the ecu is in sometimes I can get it to stop staying live.
Top

It still stays on.

They key feels a little loose in the ignition barrel. Could it have worn out?
Top

I think its the MFRU from reading around.

There appears to be 4 relays and one is the ignition. I think this one is sticking on. Every 1 in 20 starts the car fails to start so I wiggle some wires and off it goes ..

I had a Corsa years ago that sometimes wouldn't switch off - I think the ignition barrel was full of gunk and it was sticking, can't remember now if I replaced it or managed to clean it out.

Funnily enough I get the feeling the ignition barrel in my 1998 Corsa was probably the same as what we have in our Exiges....

You are correct on it being a corsa b ignition barrel.

I am going to get a used relay that’s been tested as known good and plug that in.

I also have a symptom of bouncing idle when cold. This is also a symptom of a failing MFRU as well apparently!
Top

I have been experiencing a stange issue in my lotus for the past few months. Basically if you go out for a drive the ignition wont go off. The engine dies like normal but the power to the dash stays on. It shows the miles , fuel and backlights but you can take the key out and walk away. I think this is what sapped my battery as the car is solid voltage wise at the minute.

I have fixed it quite by mistake. I bought a MFRU ( multi function relay unit ) for a whole £13.99 and didnt get any further than getting it out of the packet. I bought this as on the schematics it controls the ignition and I thought ( incorrectly ) that it might be the ignition relay sticking on.

It appears that when I have studied the electric schematics that there is a fuse that controls the immobiliser. I hadnt had any issues with it , but I know its part of the loop so to speak.

I removed the fuse and in fact all of the fuses in that cluster and placed them back in again.

Car now illuminated correctly and I heard a clunk when I turned off the ignition along with a light that went out.

So came round the doing the front offside hub today. I have had a wrestle with the bolts that have been in there since what I can only assume day dot. They came out with a bit of a fight and me doing popeye impressions.

Strangely one was 19mm the other two 20mm. That normal?

I have cleaned them up with a wire brush now.

I ultimately could not get the hub out. Its seized. I need a hub puller I think ( @Fonzey )

Car is now back together again 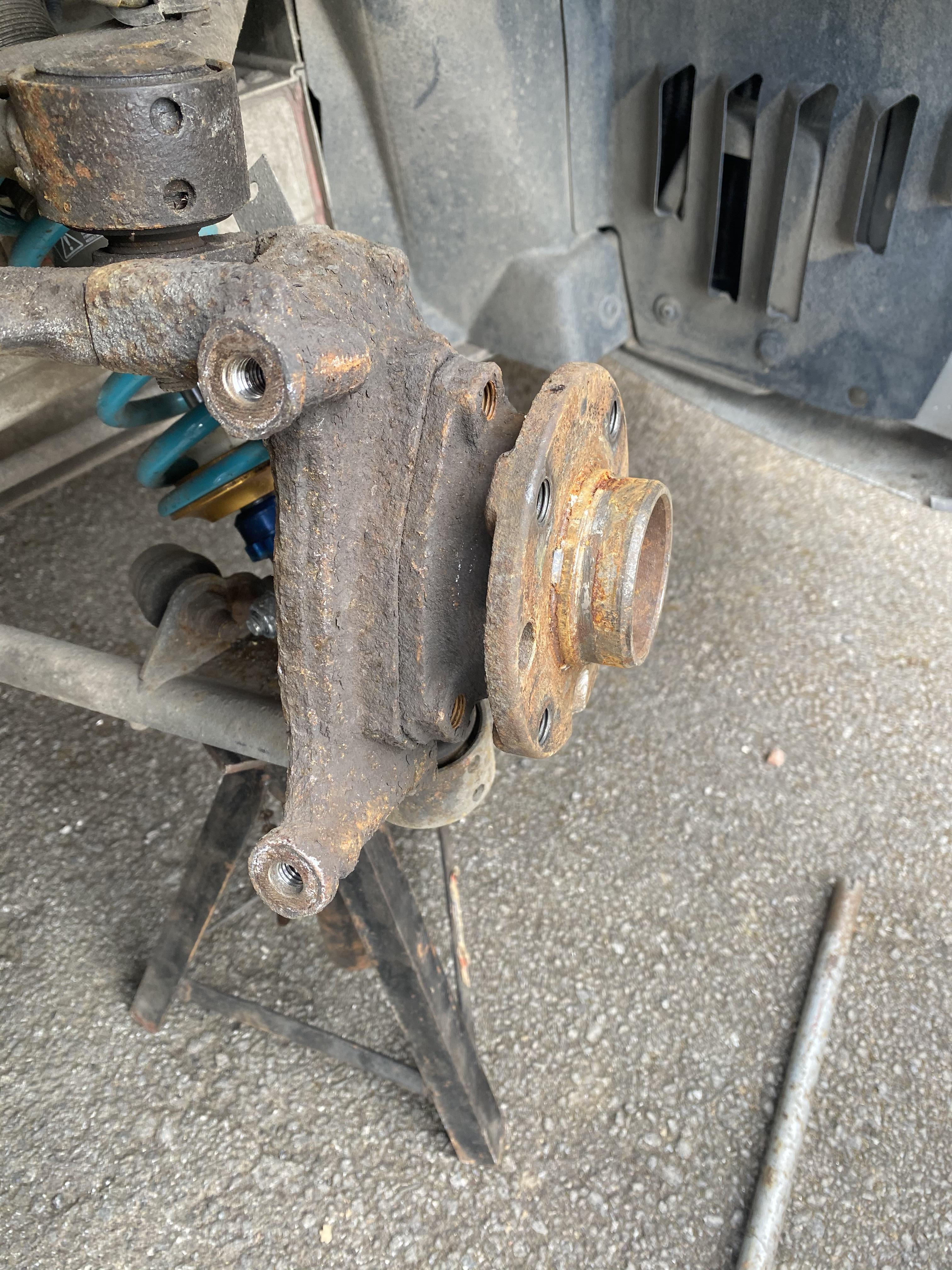 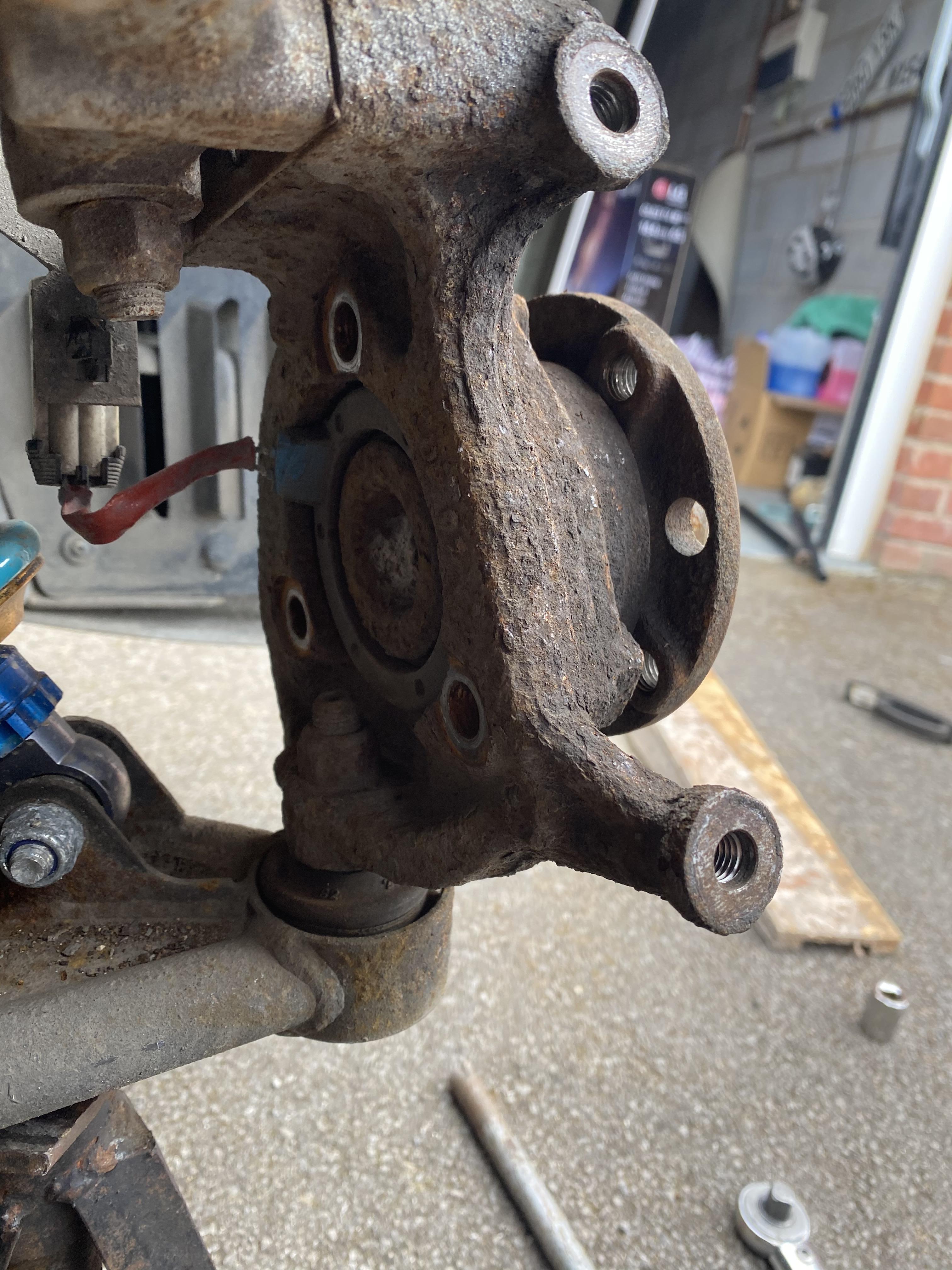 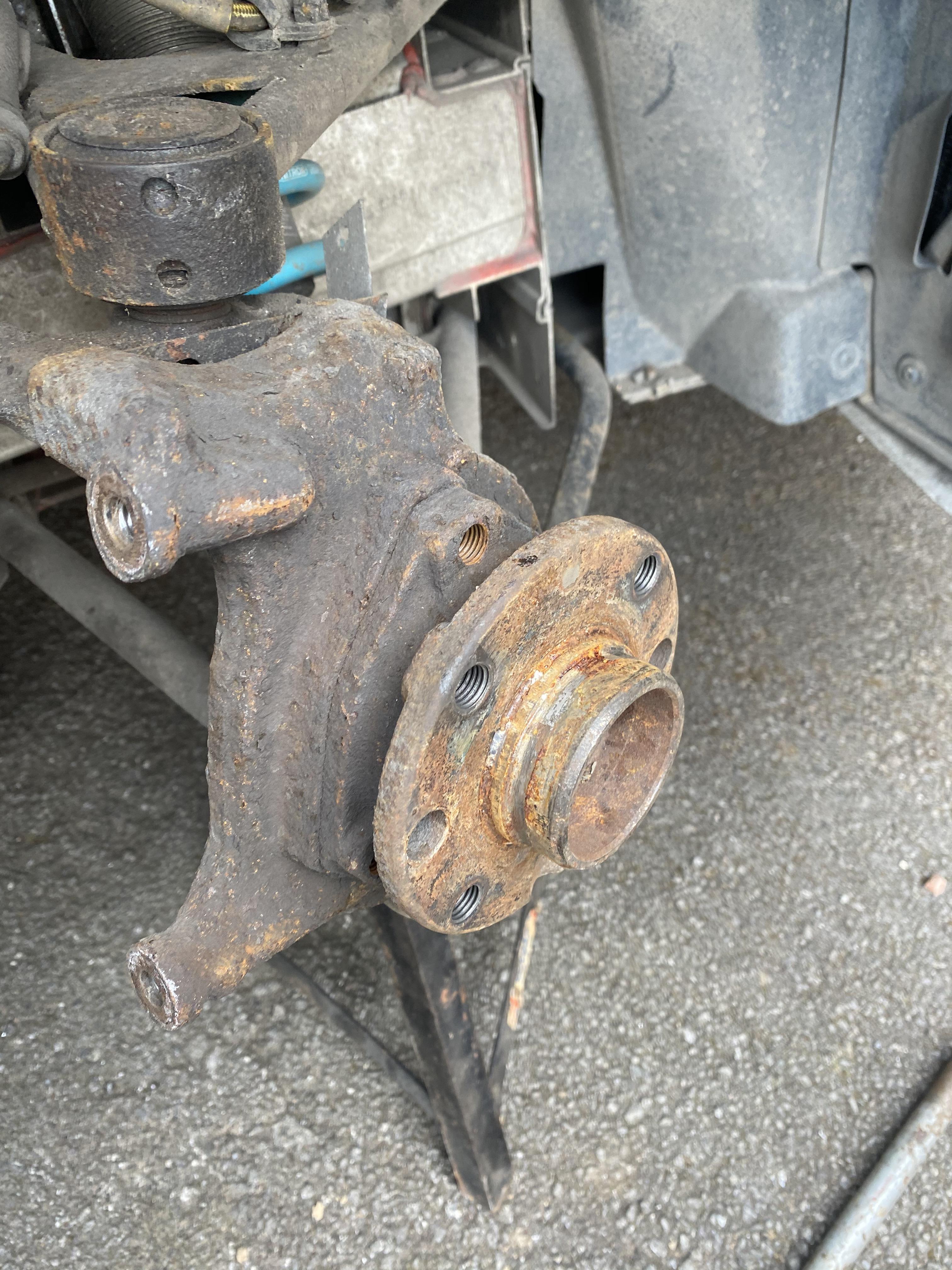 I had eldest assisting me with spanners/sockets and youngest cleaning the inside of the wheels when off.
Top

The mismatched bolts doesn't sound right, neither my Exige or Elise had that - all were 19mm (I think).

As you're doing the front hub a puller won't help much tbh, the puller that I have is for pushing the stub axle out on the rears. As it's the front, you should just be able to brute force it off - either hammer on the back side of the face of it, or there are some small chisel/pry notches built into the hub itself though they might be covered/masked by rust by now. You could also put the bolts part in and smack the bolts in turn from behind with a hammer, but only if you have some spare bolts to use in case you mangle the threads.

Maybe see if you can spray in some penetrating fluid and leave it a few days, then come back to it and bray the arse out of it and it should come out. Maybe

I have attacked it with brute force and ignorance. I had a 27mm socket over the back and smashed it a good few times. It went no where!

I dont have any spare bolts. I should order some

I didnt know about the pry marks. Ill take a look over the coming week. I have precious little else to do !