Booked Anglesey and Oulton for the 14/15th June, so best be ready for then!
Top

Did a bit of work on the rear clam and drilled the bolts for the diffuser position. 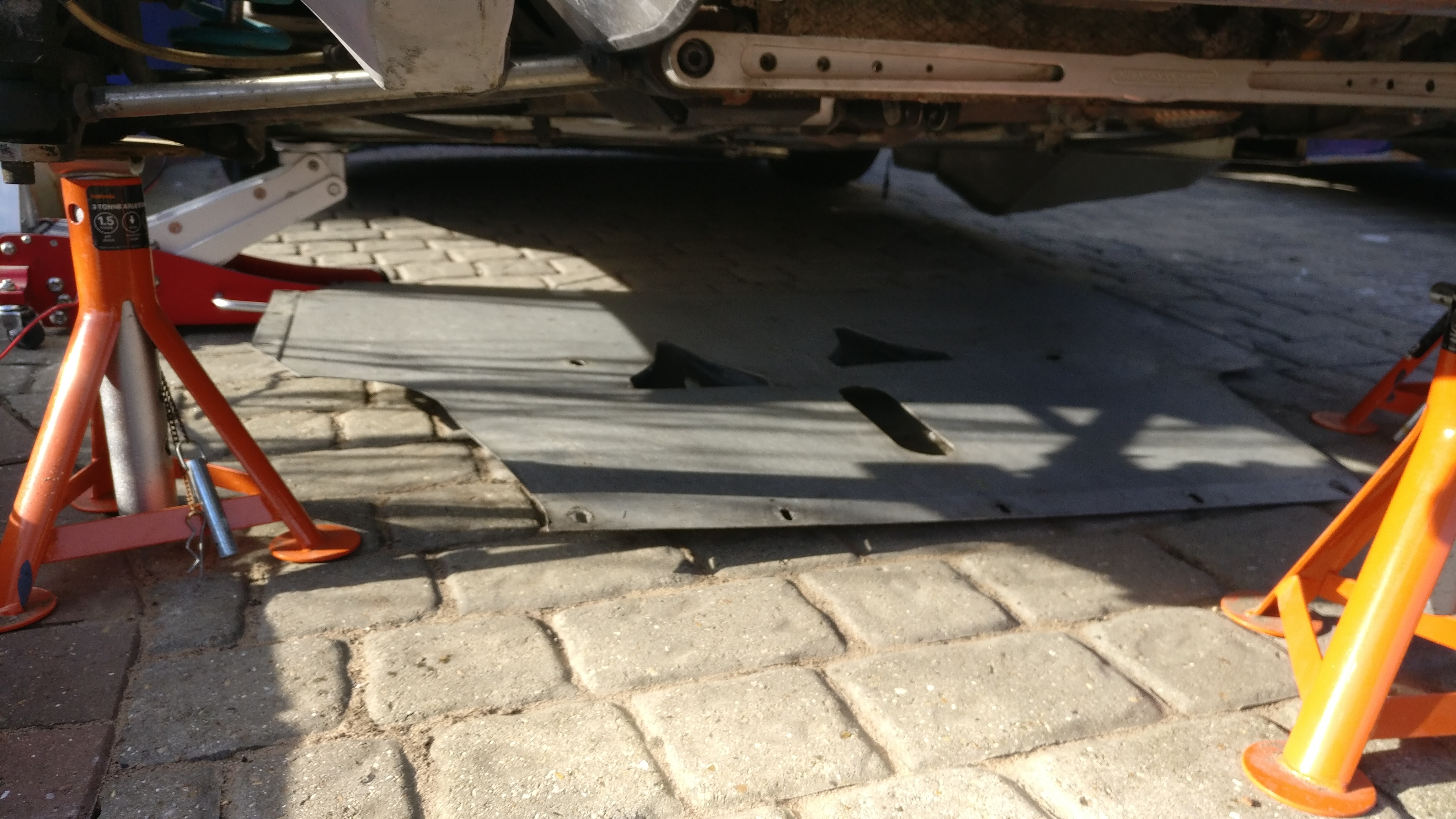 First step was to fit the undertray. 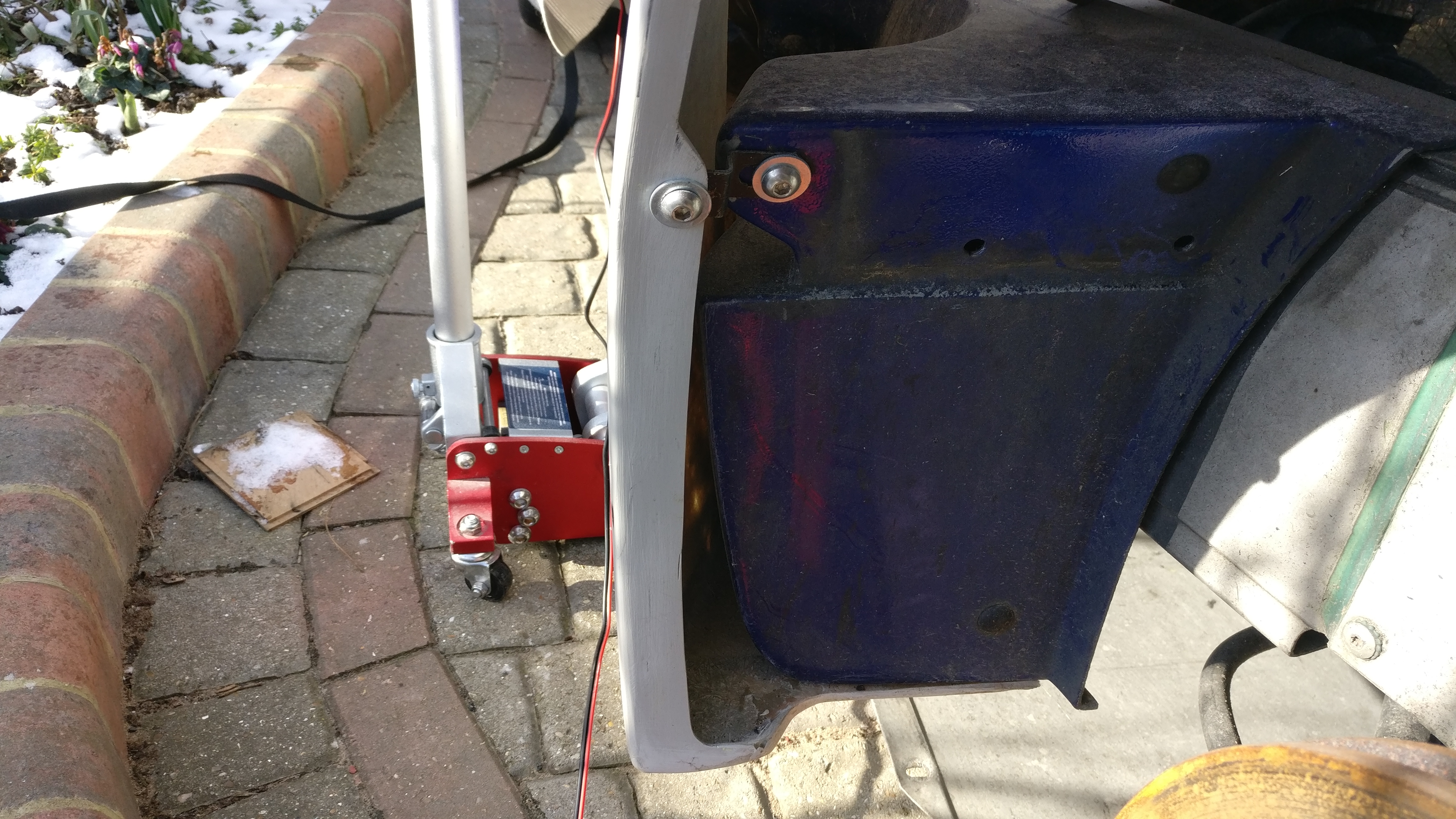 To do this I removed the fixing for the sill bracket so I could pull the rear oversills pieces outwards to get the undertray fitting inside them. 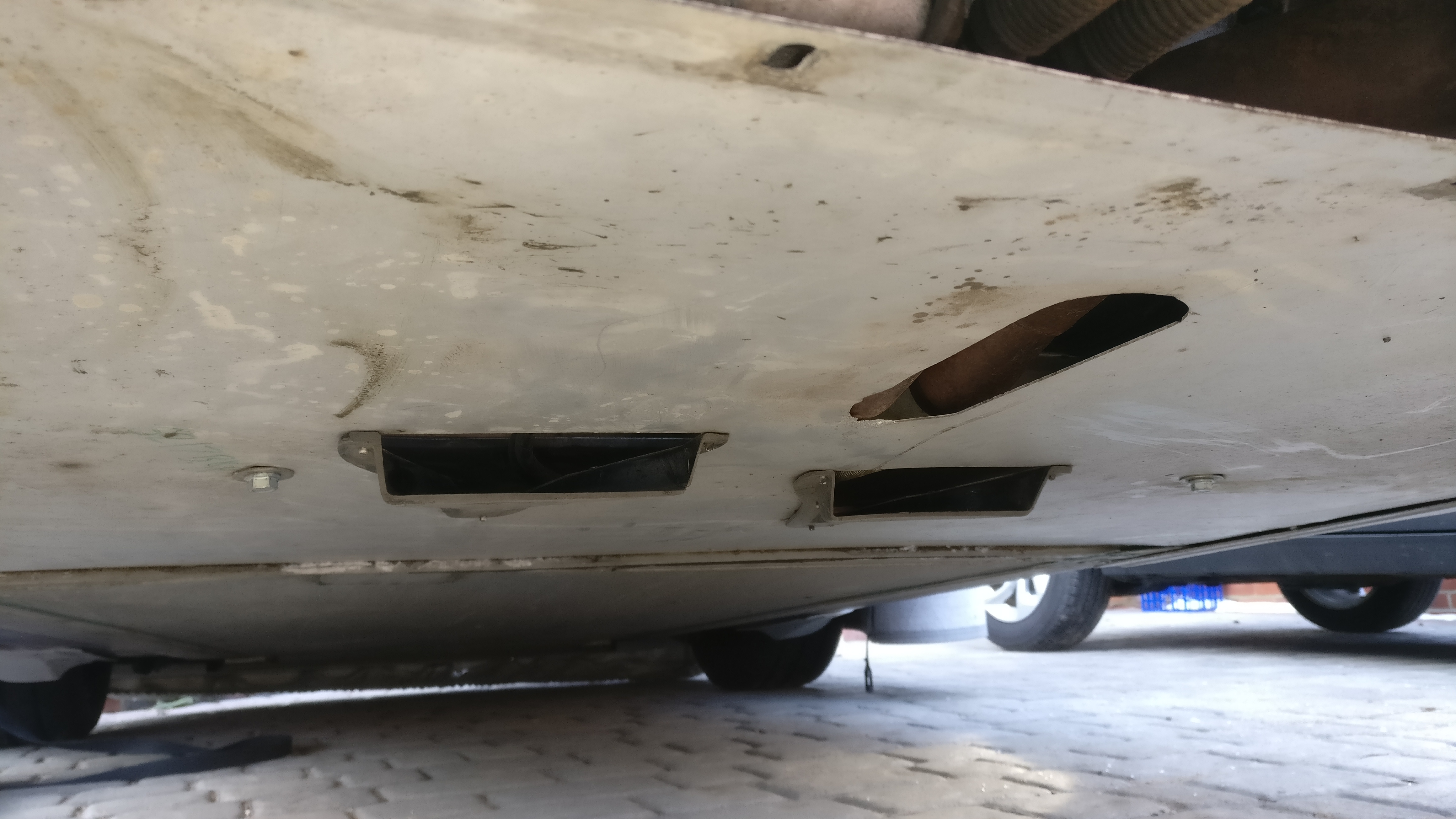 Little tricky when the car is so close to the floor, but once it was in position I fitted the two larger central bolts. I didn't bother with the side fixings. 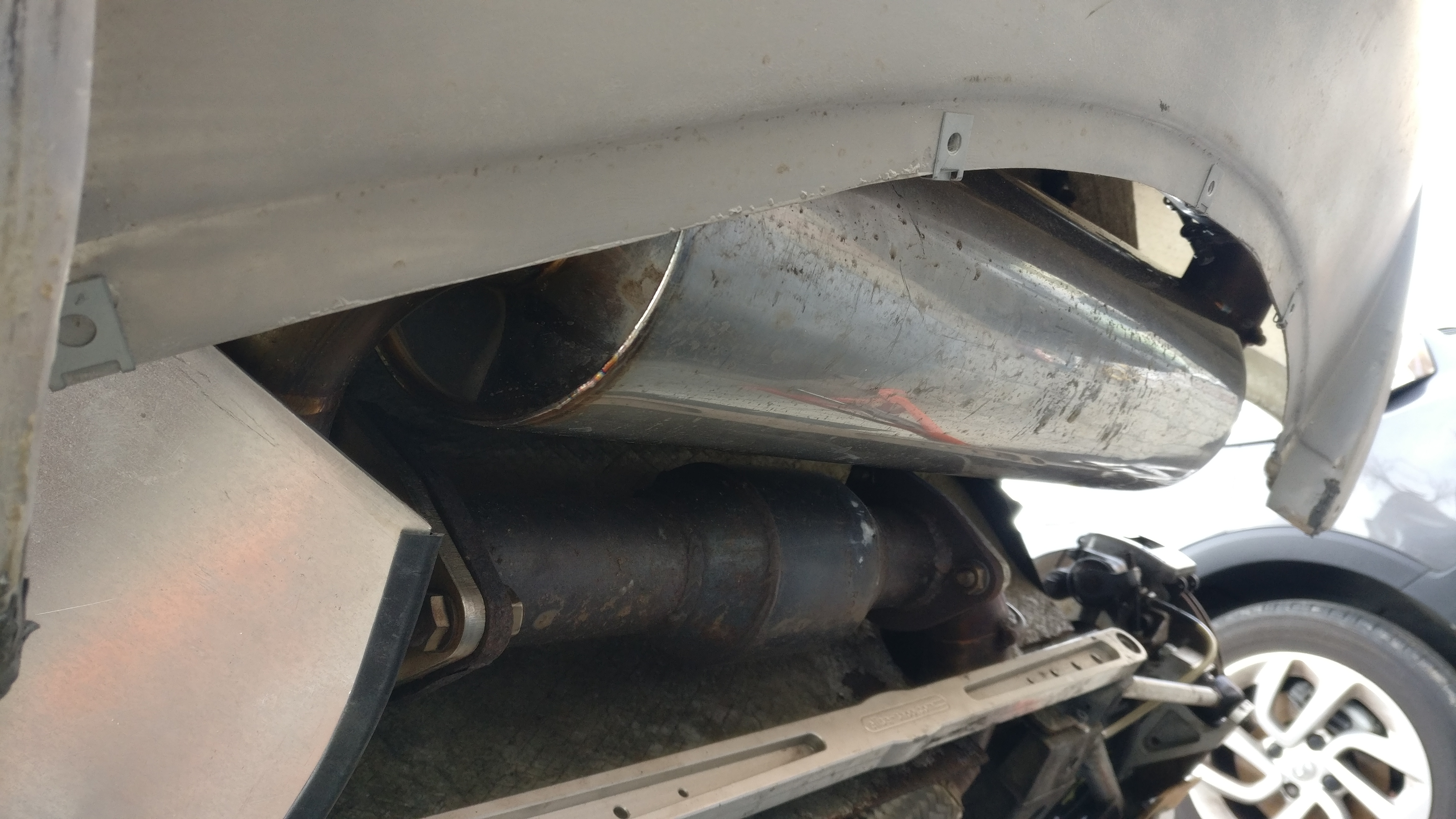 I then roughly positioned some new M5 spire nuts so I could have a better indication where to drill the holes. 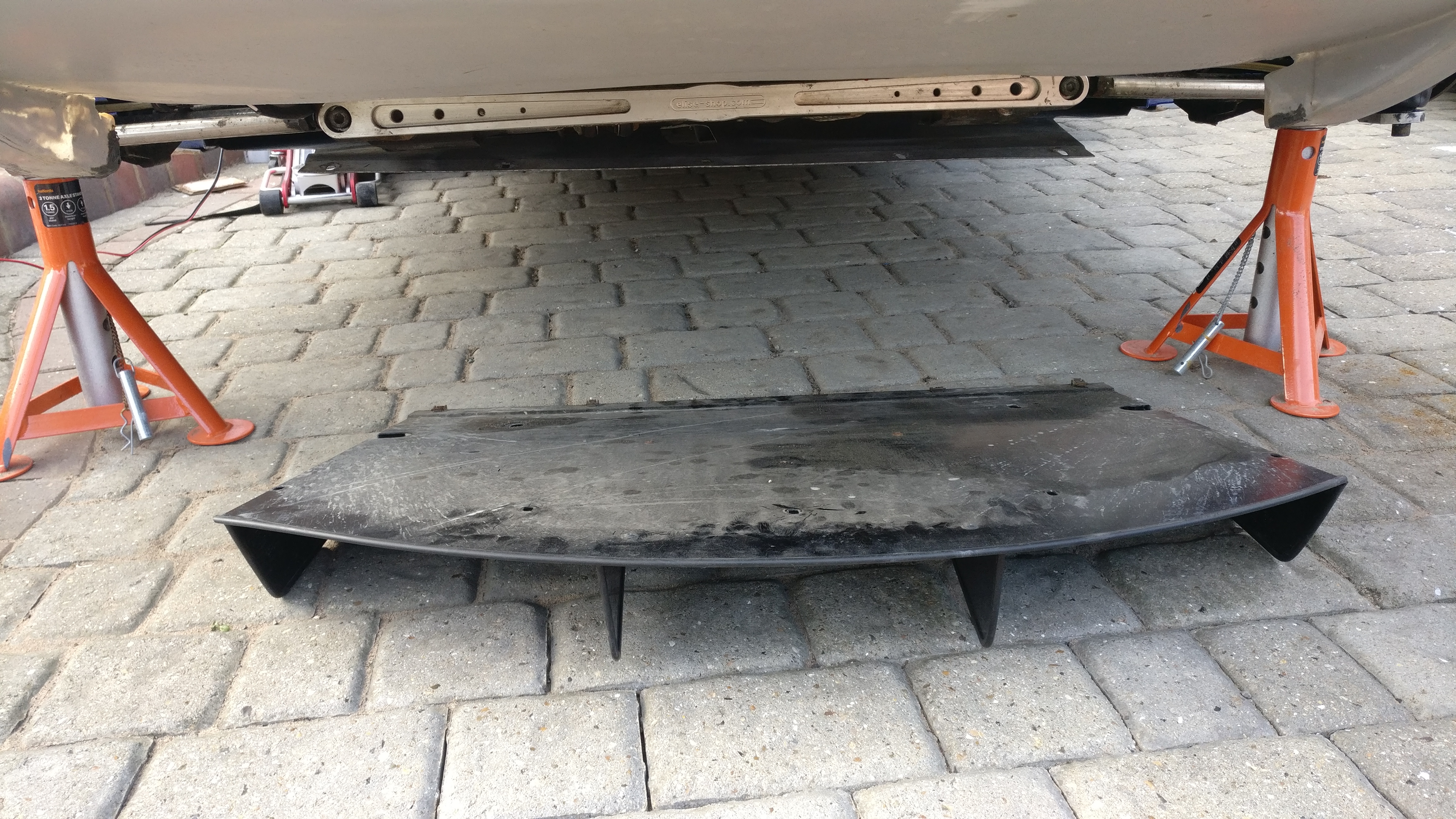 My diffuser is aftermarket and fit the Elise clam really well, but with the Exige clam being longer will be interesting to see where it sits. 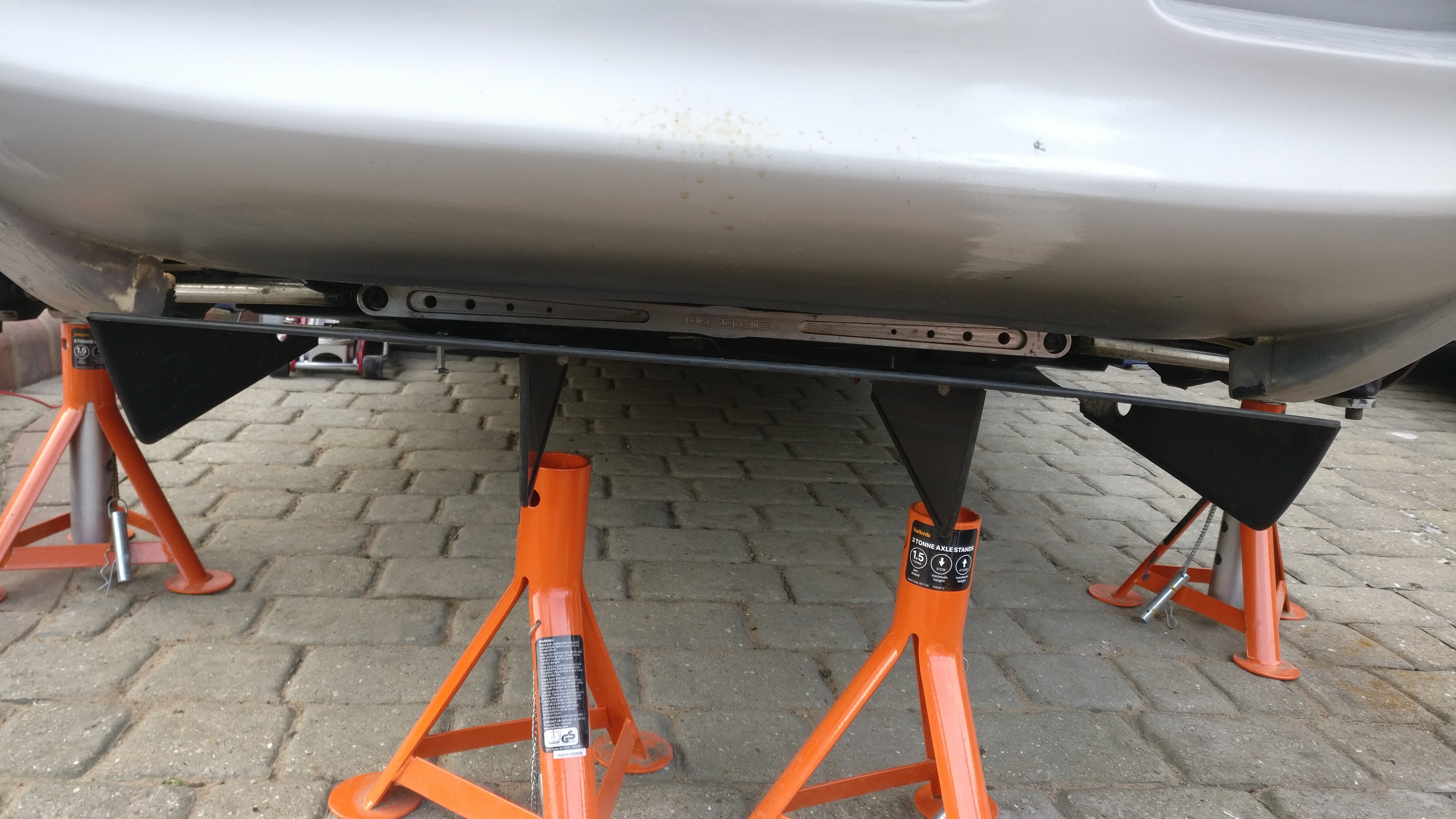 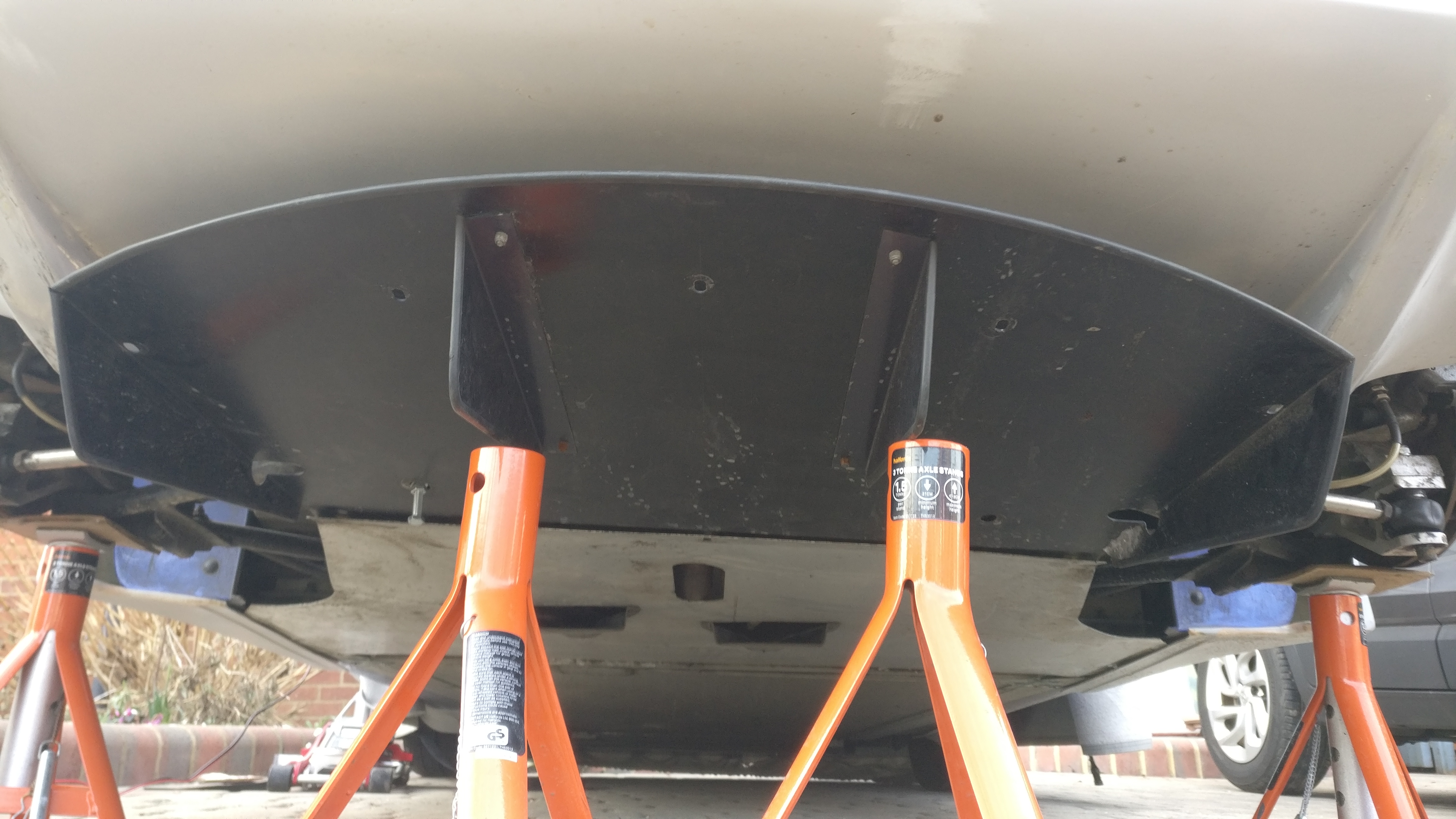 I used a couple of spare axel stands to help position it while I fit 2 of the bolts to fix the diffuser to the undertray. 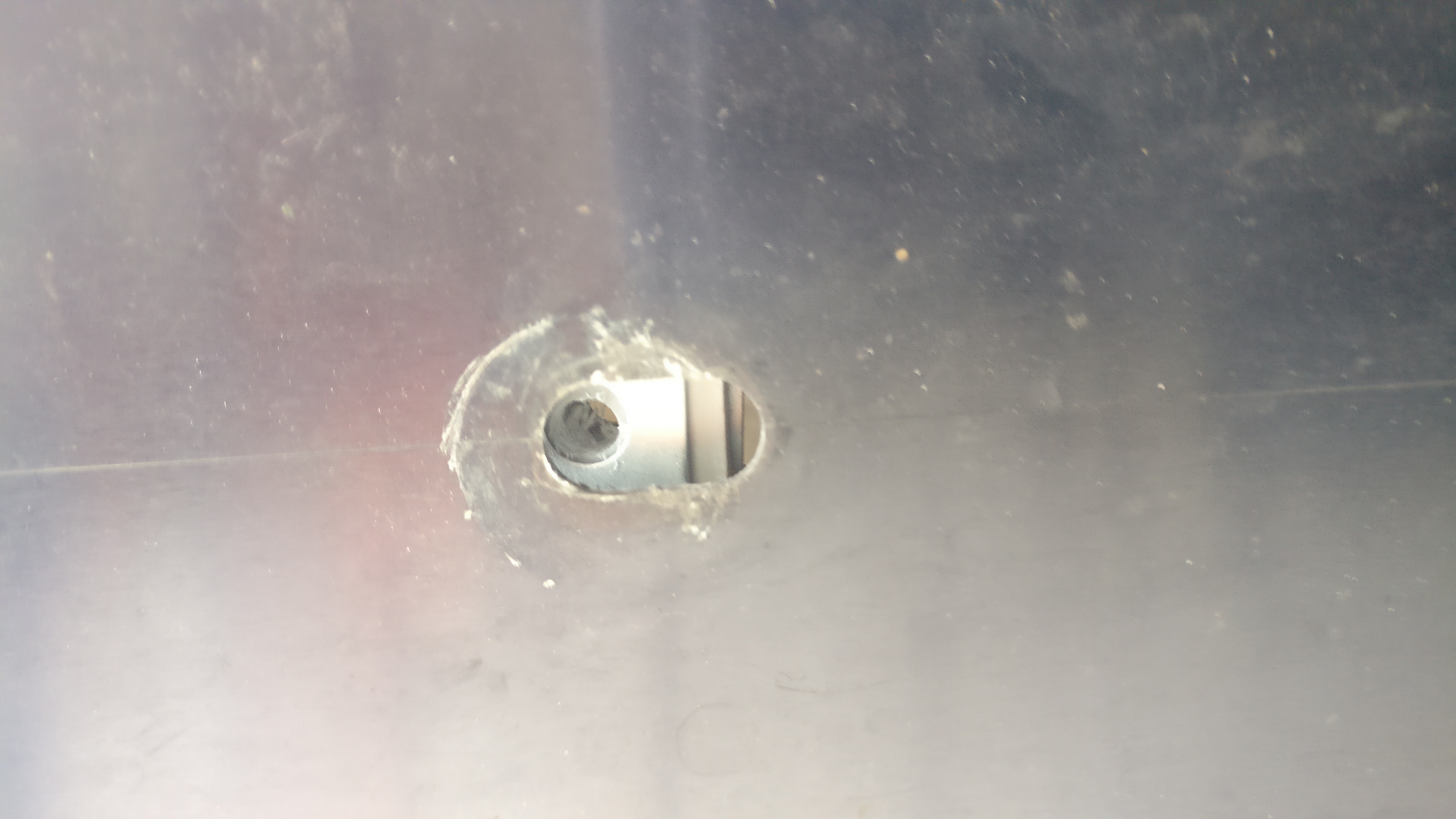 With the diffuser fixed to the undertray I could fine tune where the spire nuts needed to be positioned. 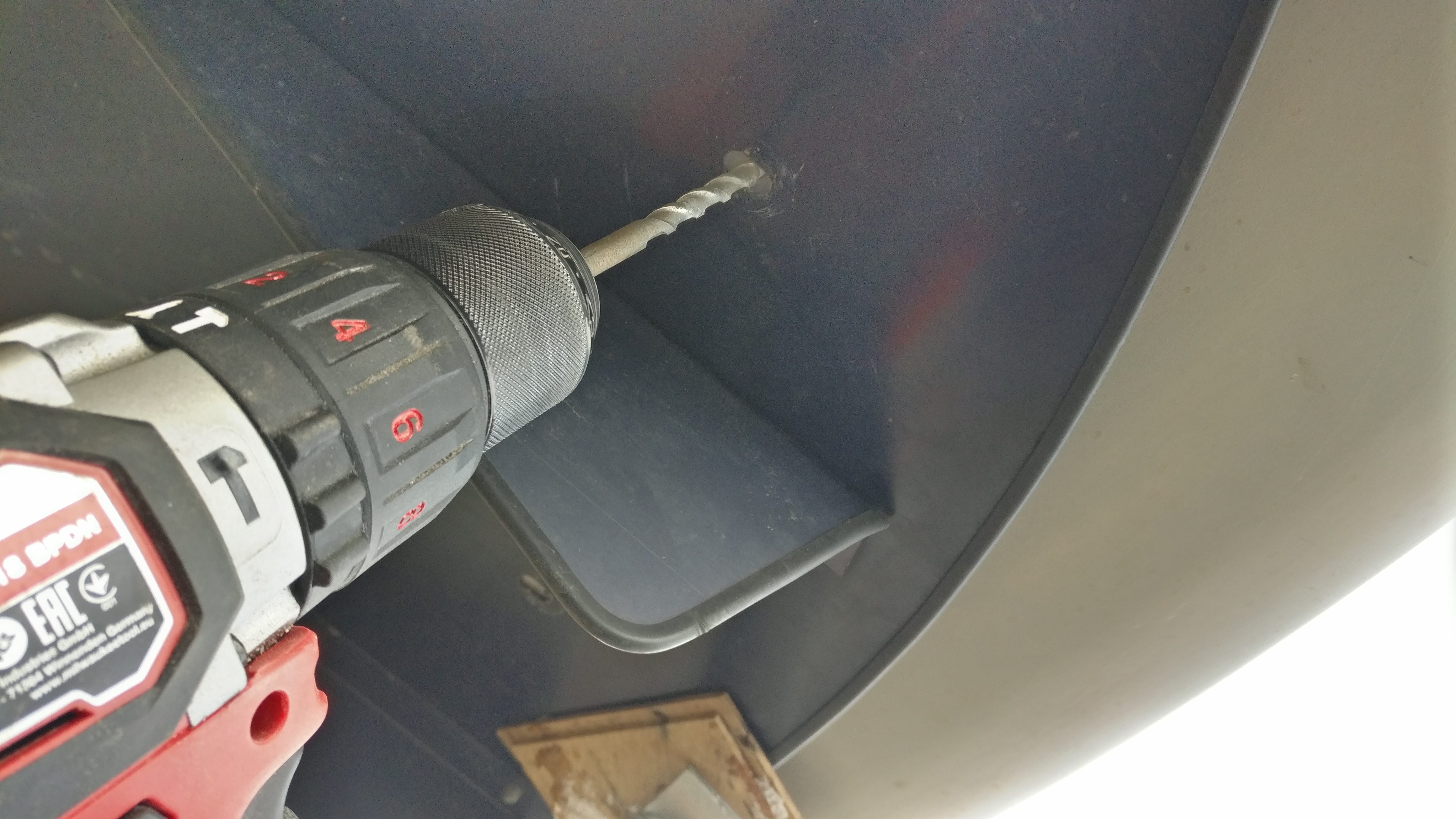 I then drilled up through one of the spire nuts like how I did with the front splitter. This helped roughly fix the rear of the diffuser while the others were adjusted and meant I could remove the axel stands and get them out the way. 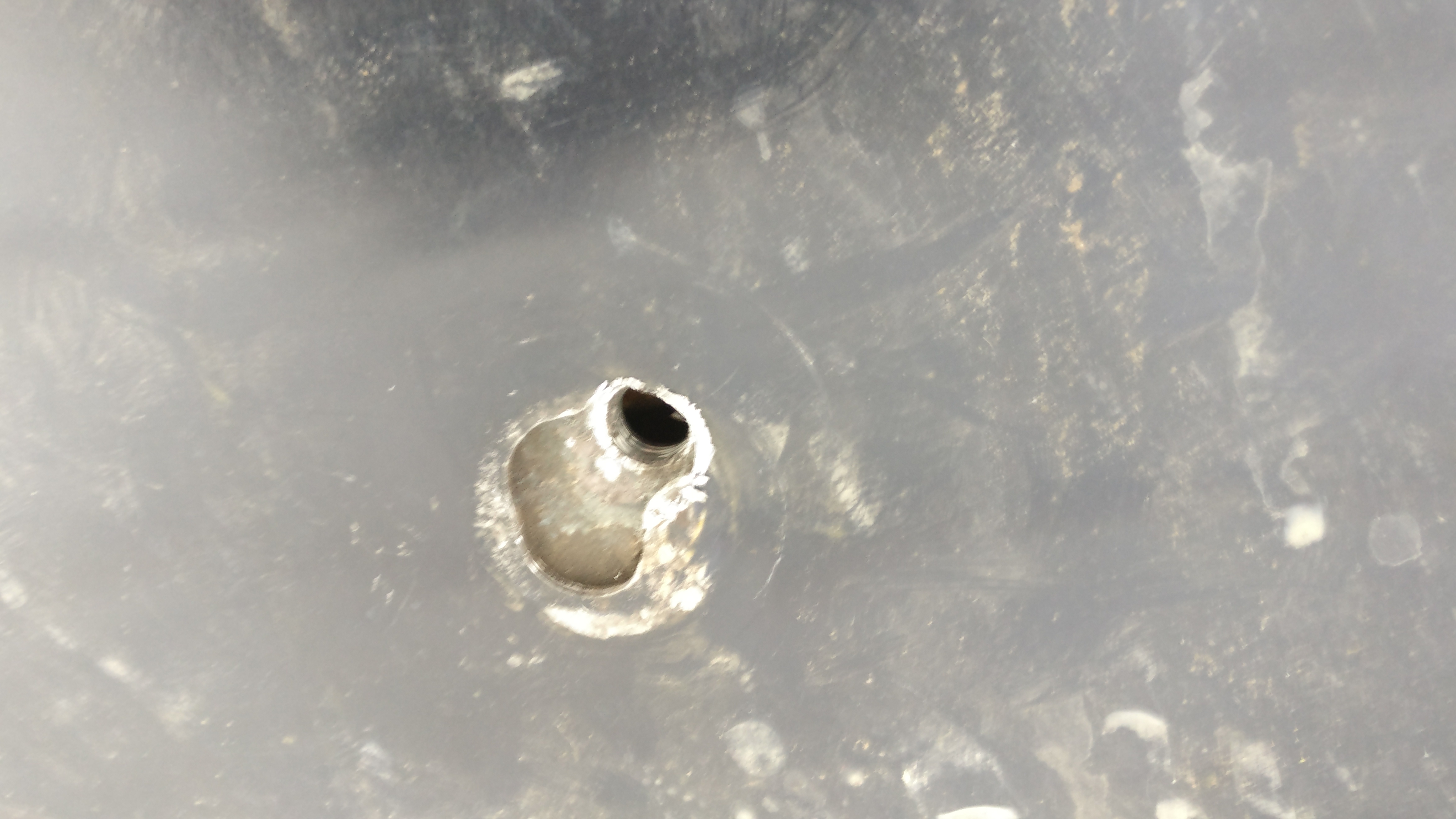 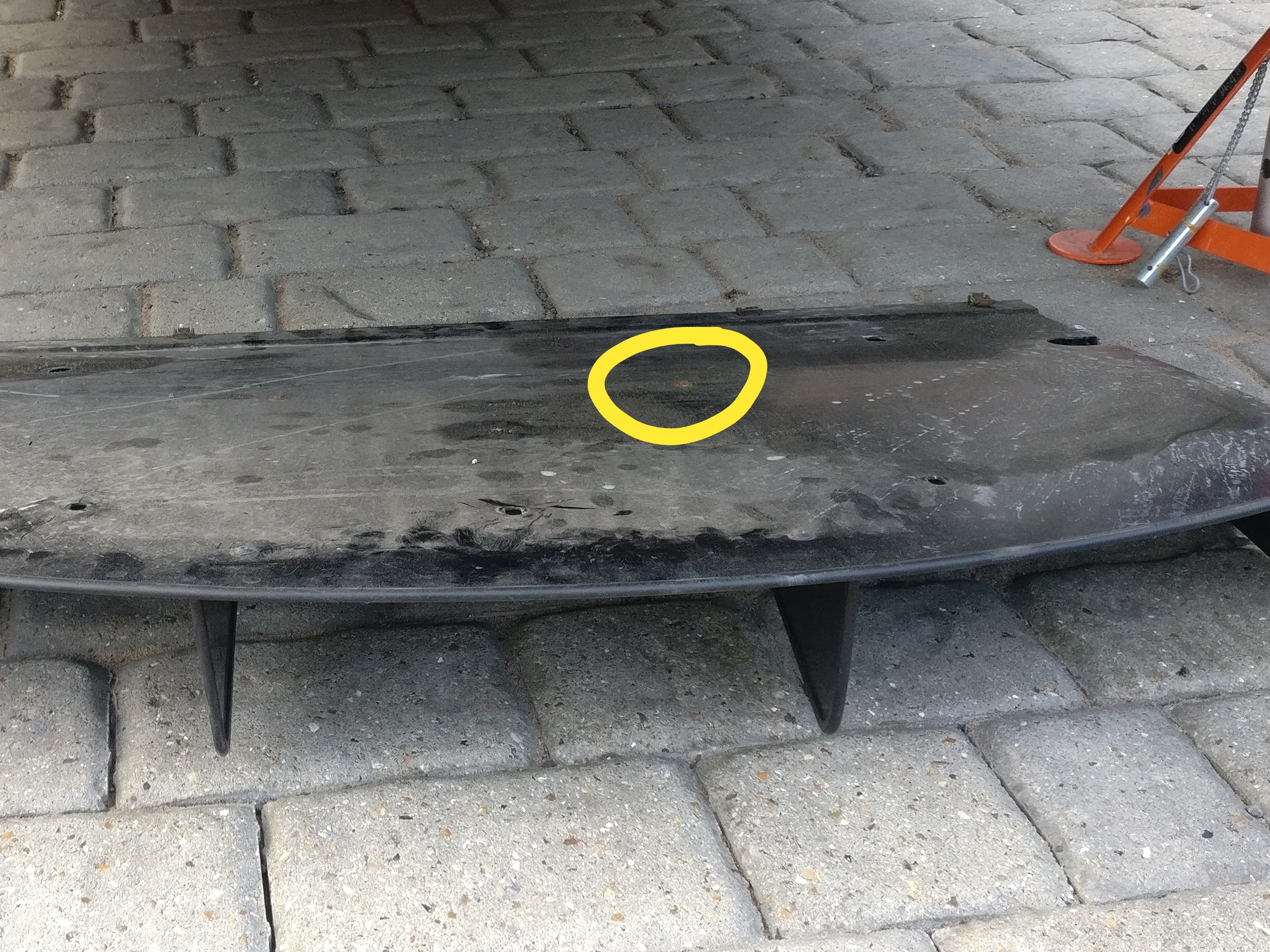 To get the final positions of other rear holes I had to open out one of the bigger subframe holes to pull the diffuser in and get it centred. All clams are different so I was expecting some fettling would be needed. 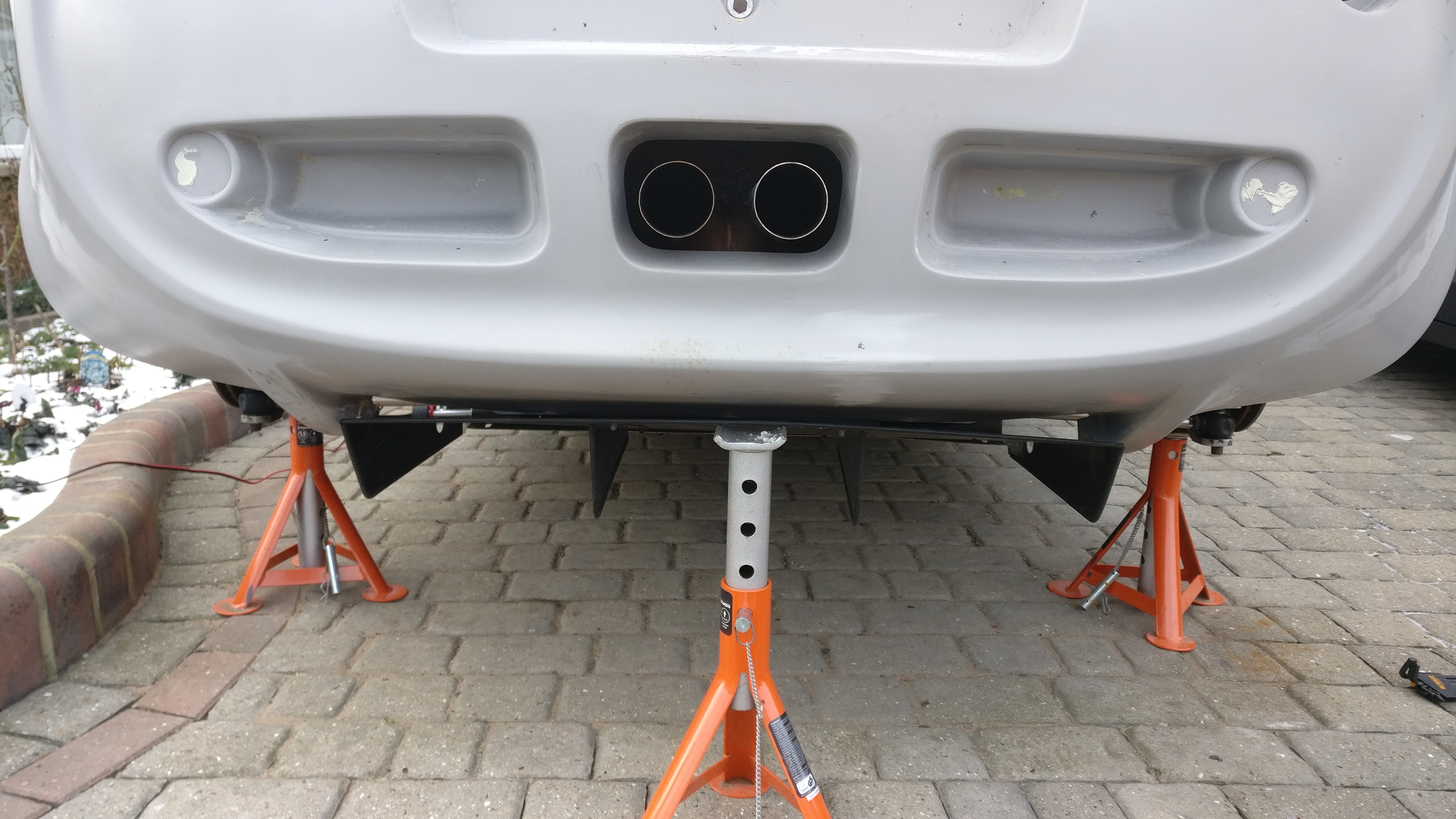 I have misplaced the diffuser spacers and washers so didn't fit the diffuser fully, but using an axel stand I was able to see pretty closely how it would look. 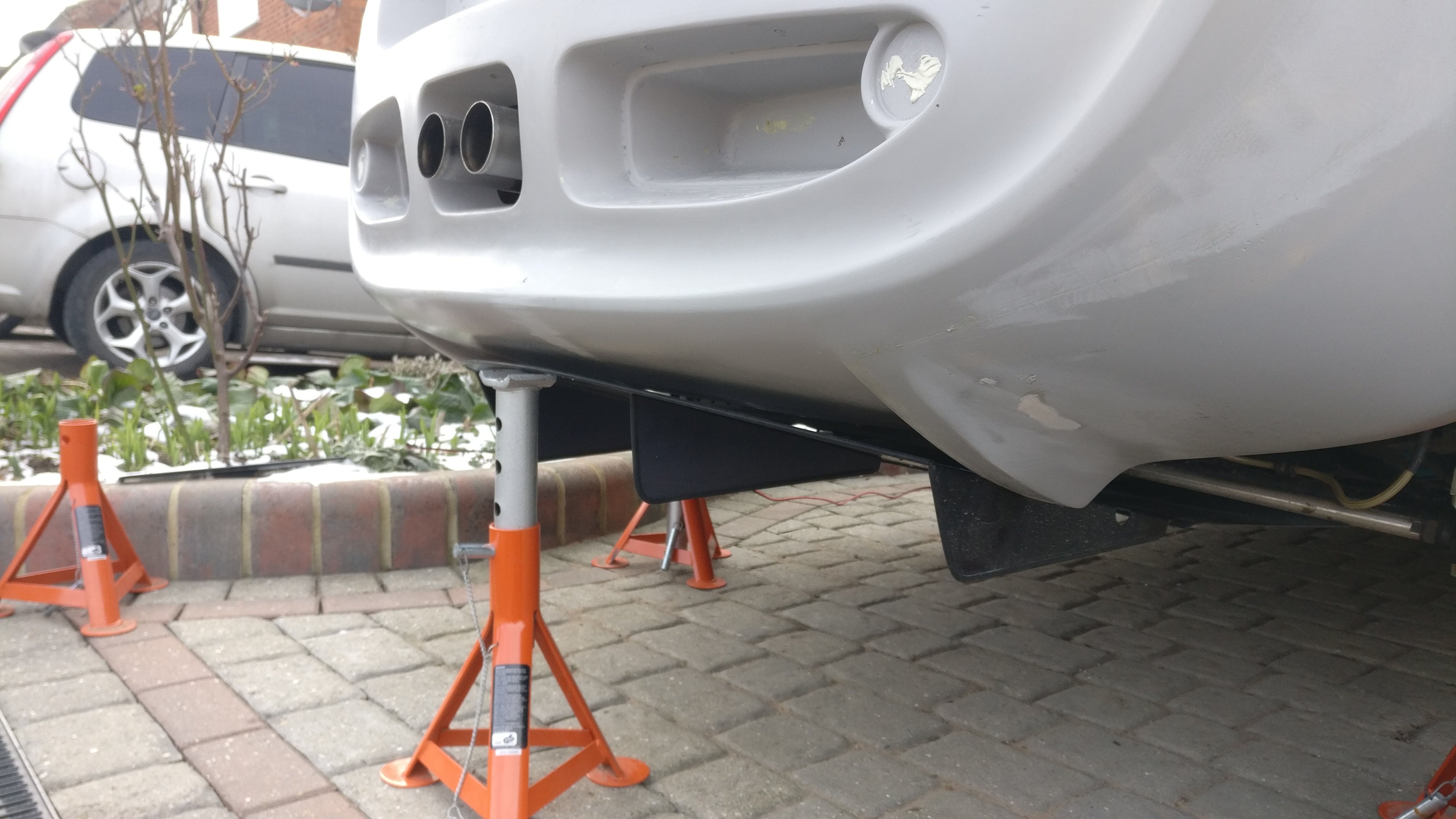 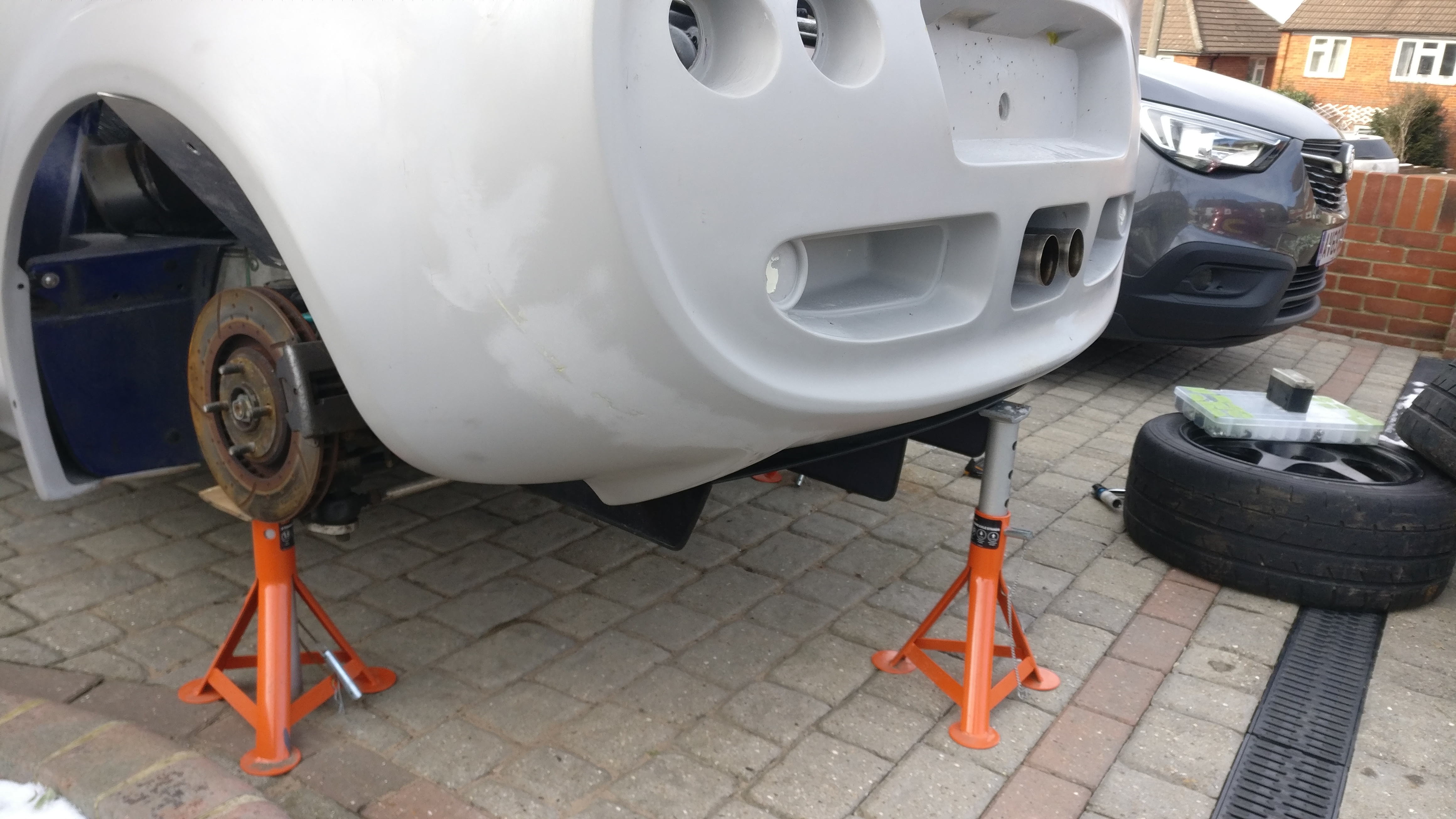 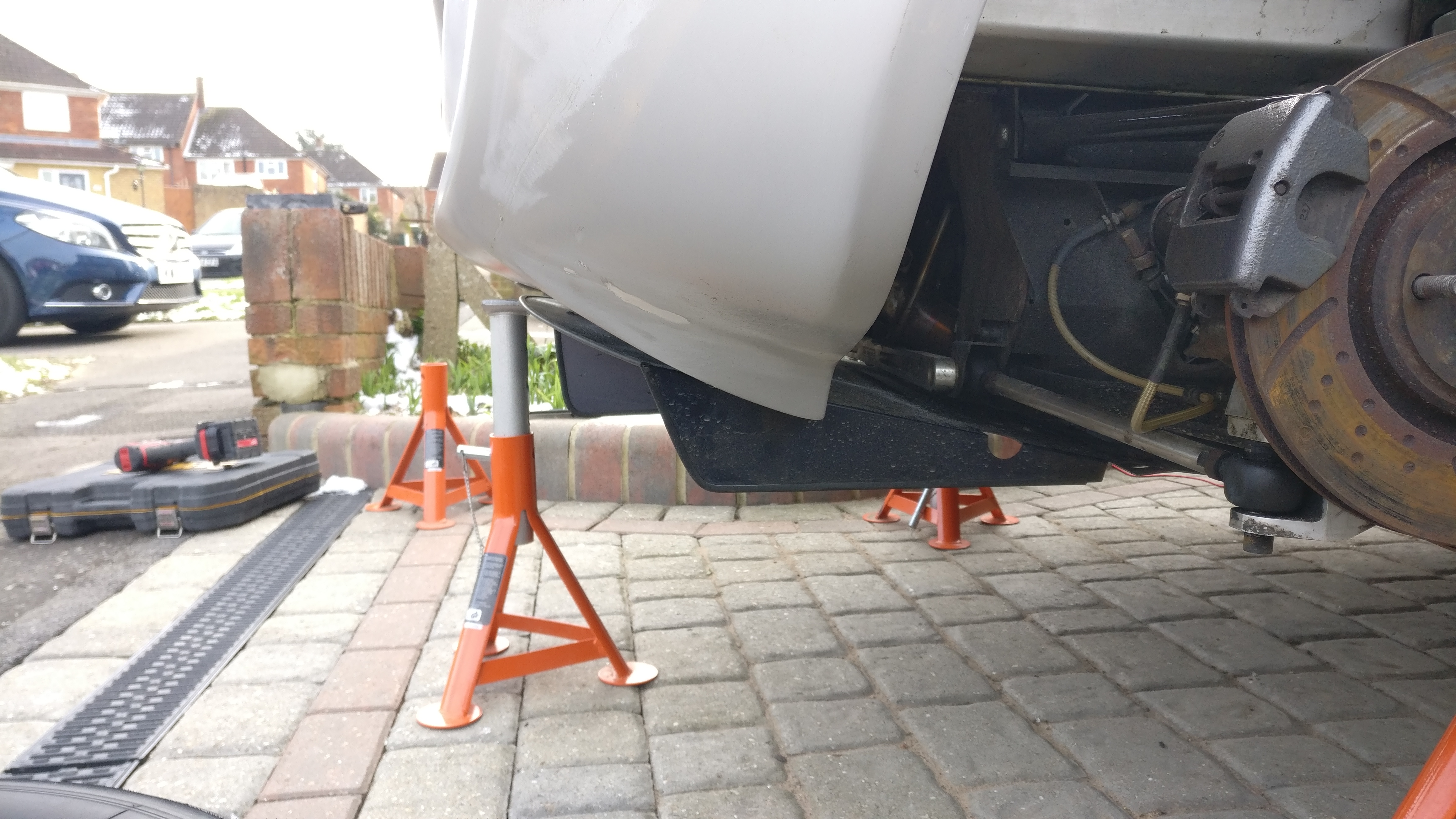 It is a little tucked away but overall I'm happy enough not to change for something longer. Also means it shouldn't scrape as badly anything longer.

Definitely a long winded and fiddly process just to drill 5 holes, but needed to be done before paint and another job ticked off.
Top

I got a delivery from Eliseparts that had the new hub nut to finish the driveshaft replacement. 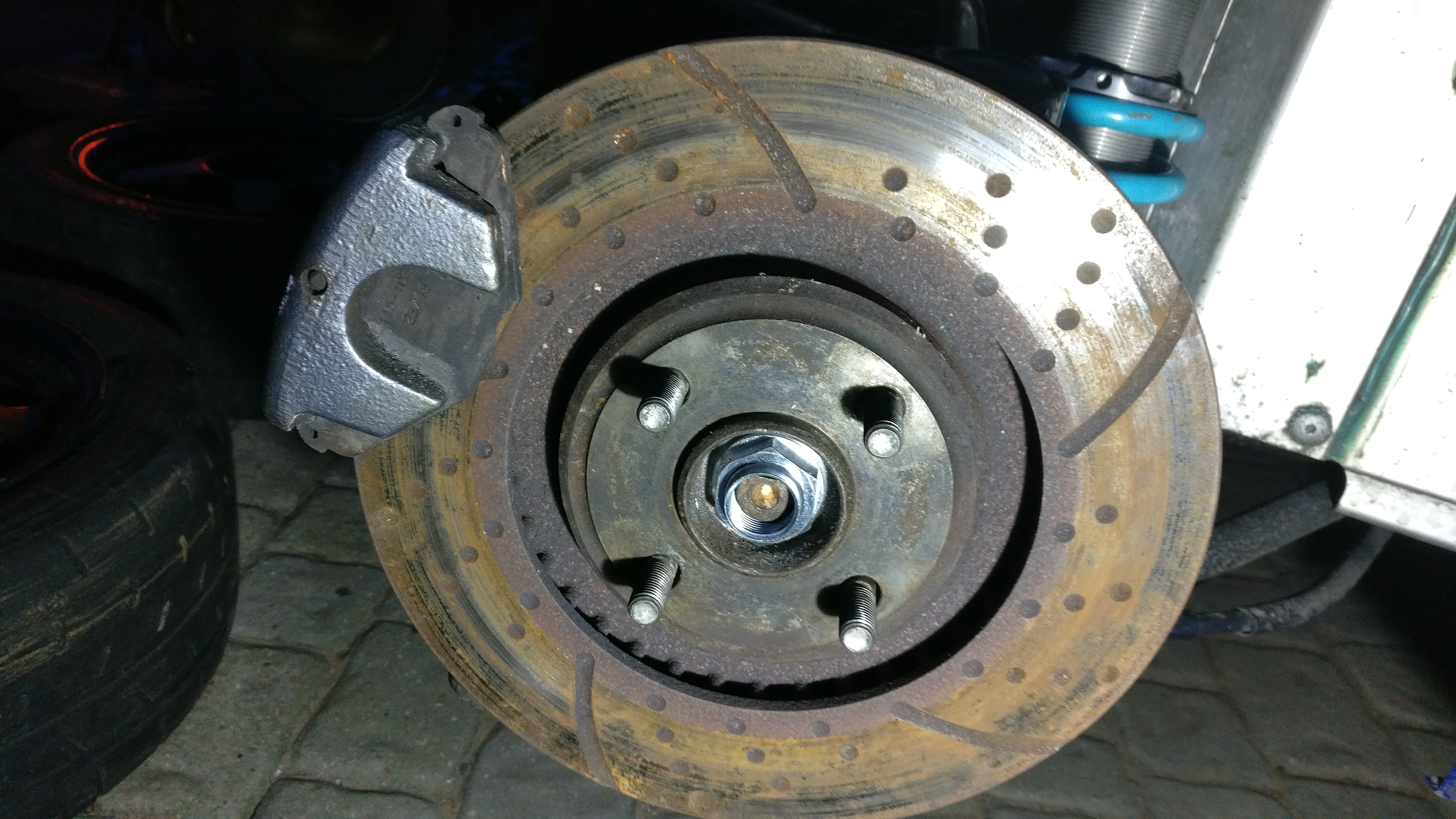 Popped the nut on and did it up roughly with my breaker bar. 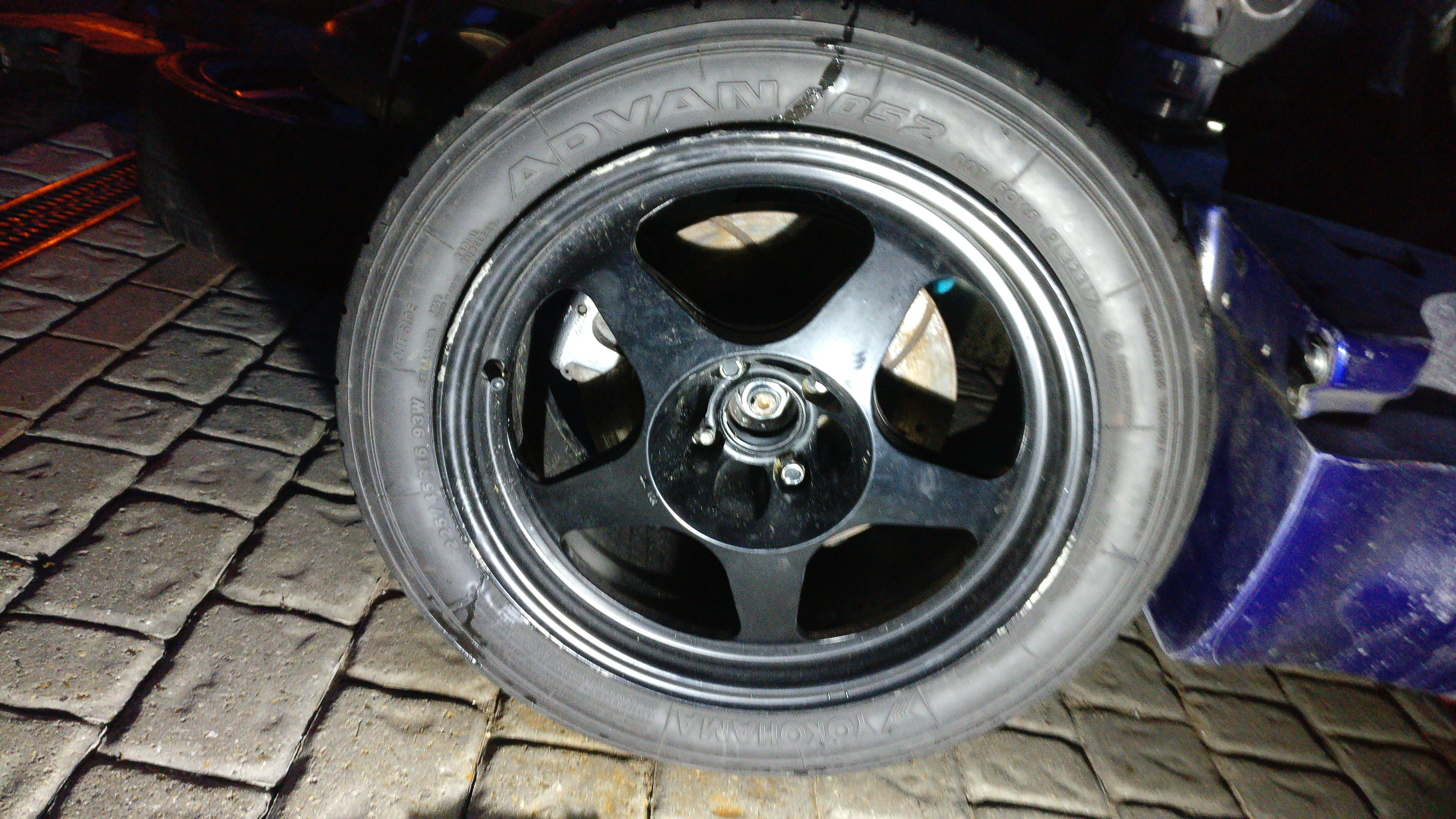 I tried to tighten it to the 220nm with just the handbrake but it wasn't having it and the disc would turn before the required torque. I out the wheel on and dropped the car down on that side. 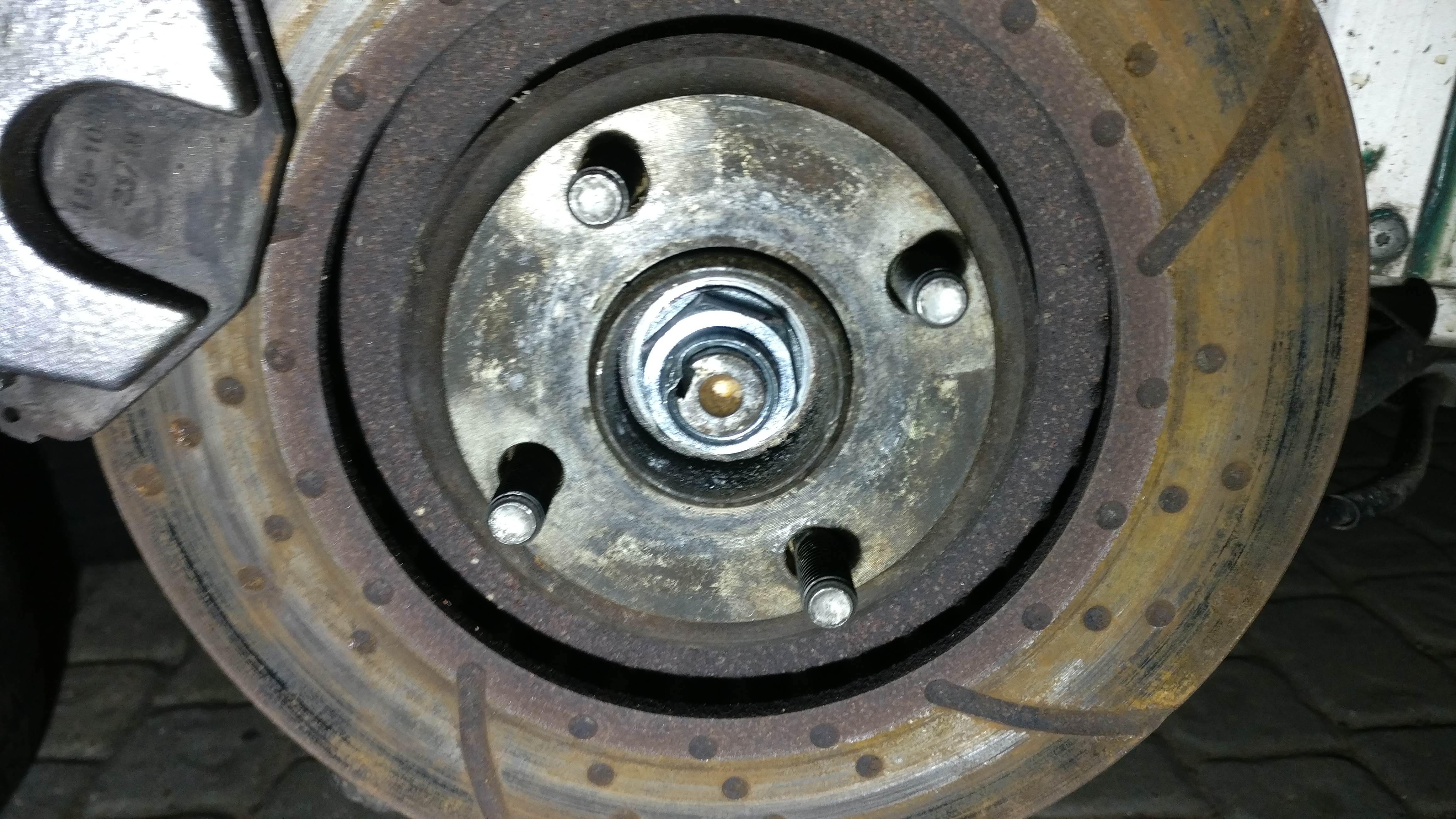 Unfortunately my torque wrench only goes up to 200nm, so when I heard the click at 200 I just did a little bit more to get it roughly 220nm.
To finish it I took a flat head and knocked the tab into the slot on the driveshaft.
Top

One of the more nervy jobs was to install the jacknuts for the roof to rear clam fixing. I've never used them before and there isn't much room for error using them... As I found out. 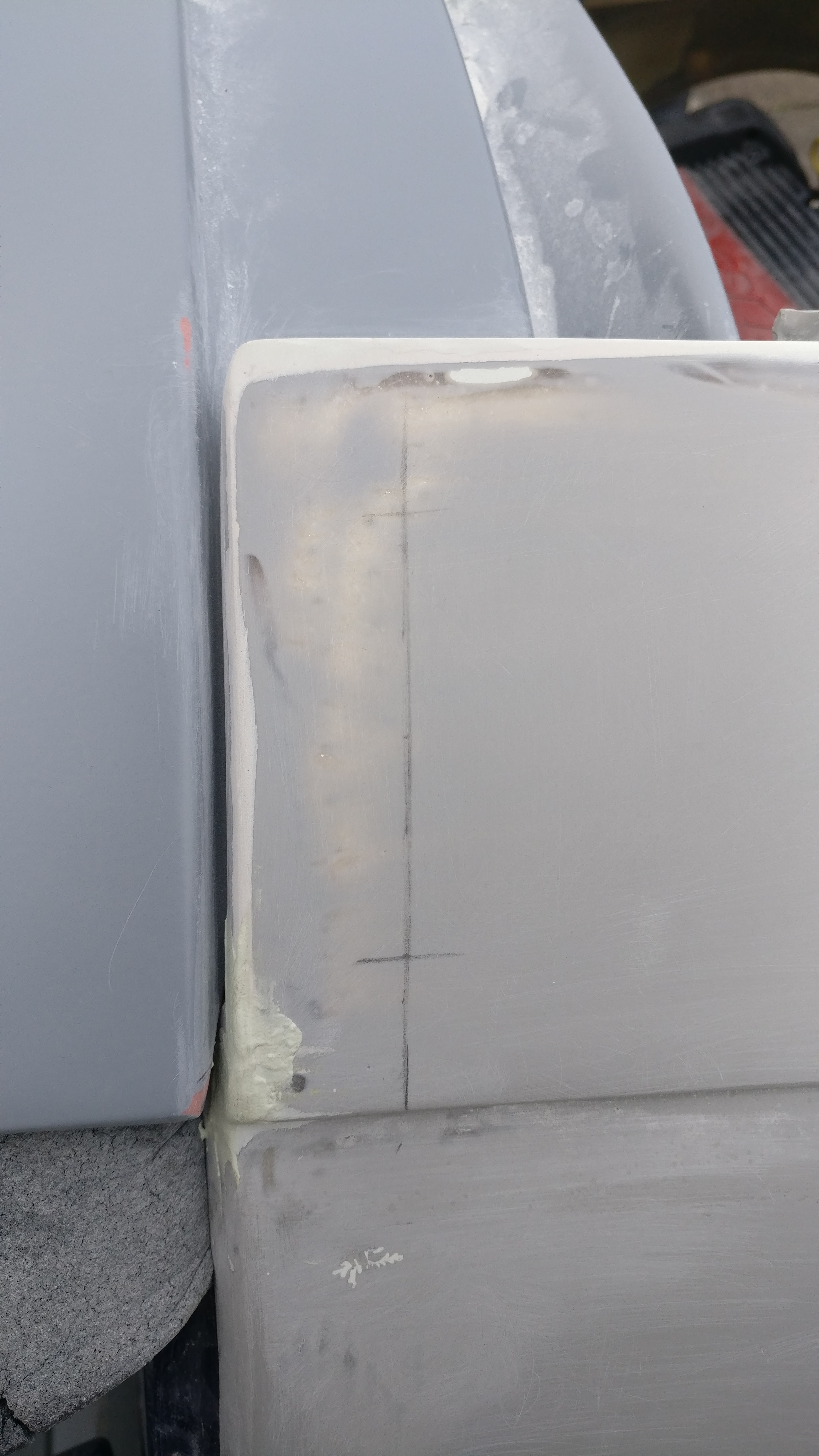 First up was to mark where to drill. I thought 70mm was a good gap between the two fixing bolts and seems to match the reference pictures I could find online. I also measured 28mm from the edge of clam which looked about right too. 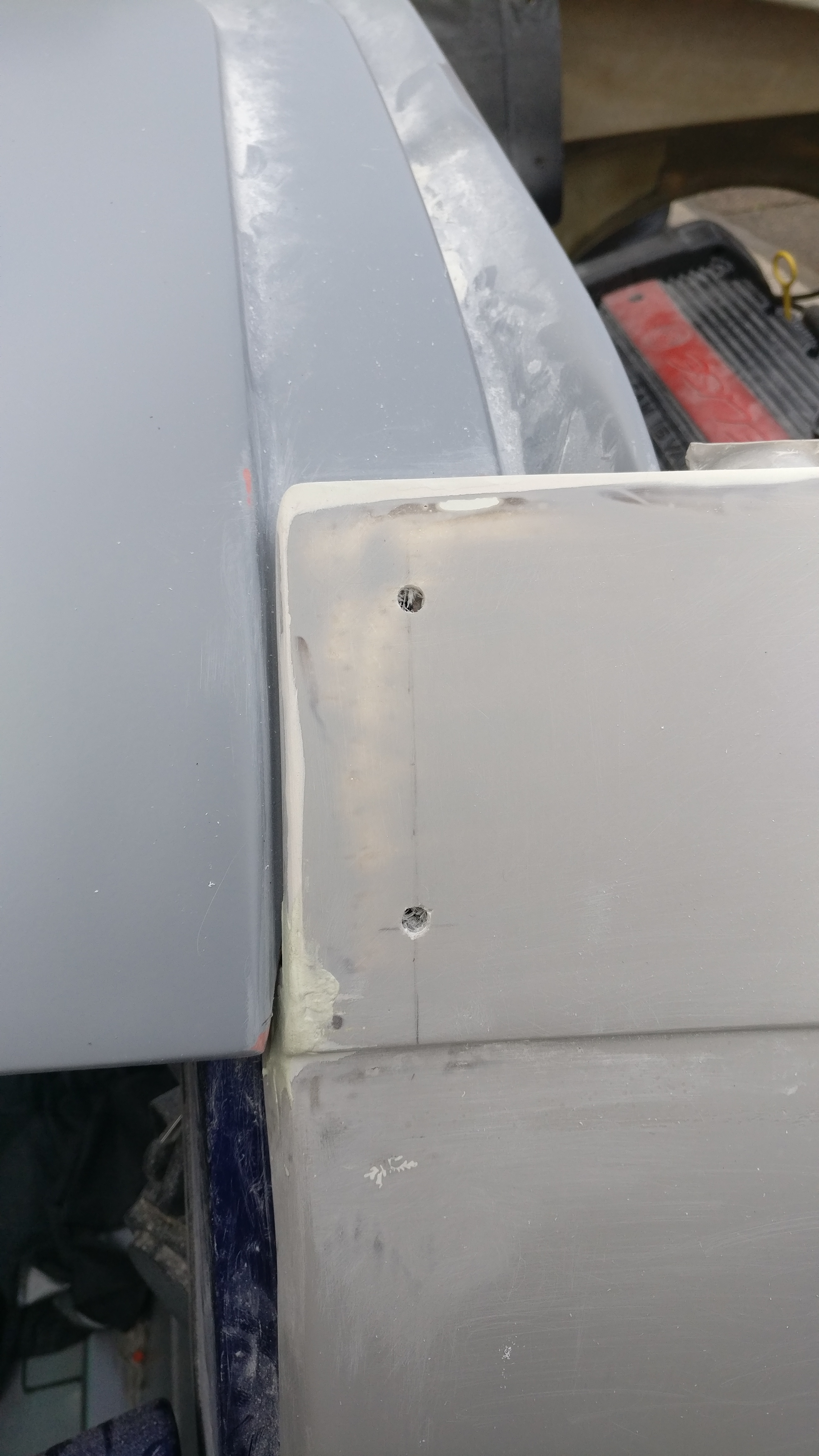 I took a small drill bit and pushed the clam up against the roof how it would be when bolted up and drilled through both the clam and roof. I then took a 6mm drill bit and opened up the clam holes. The fixing bolts will be the same as the splitter which are M5, so this would give a bit of extra adjustment room. 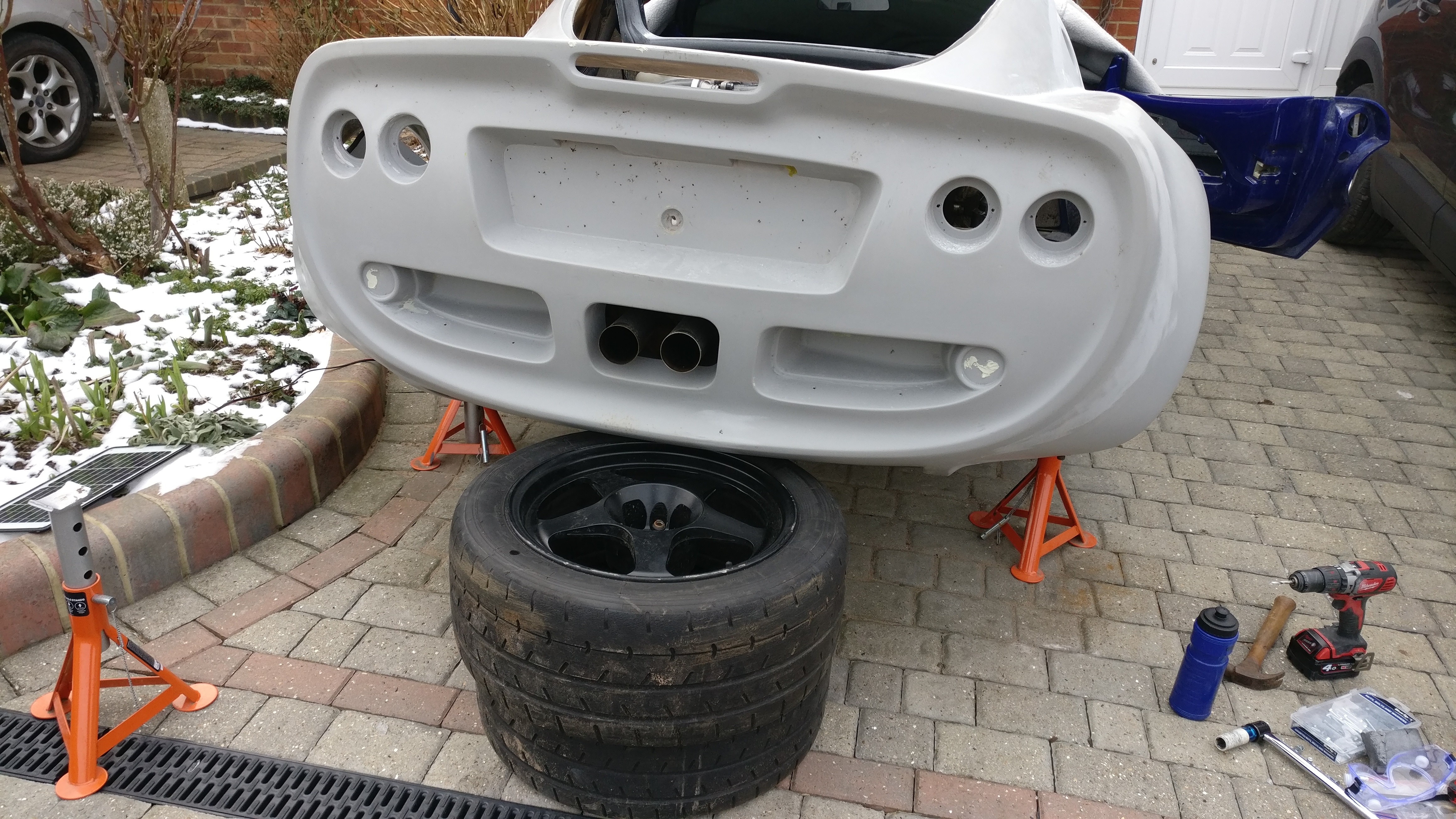 I needed to get the clam off the car to do the remaining work on the roof. I took all the bolts off and placed the wheels under to support it while I undone the final bolt by the number plate, which I think is the most important fixing. 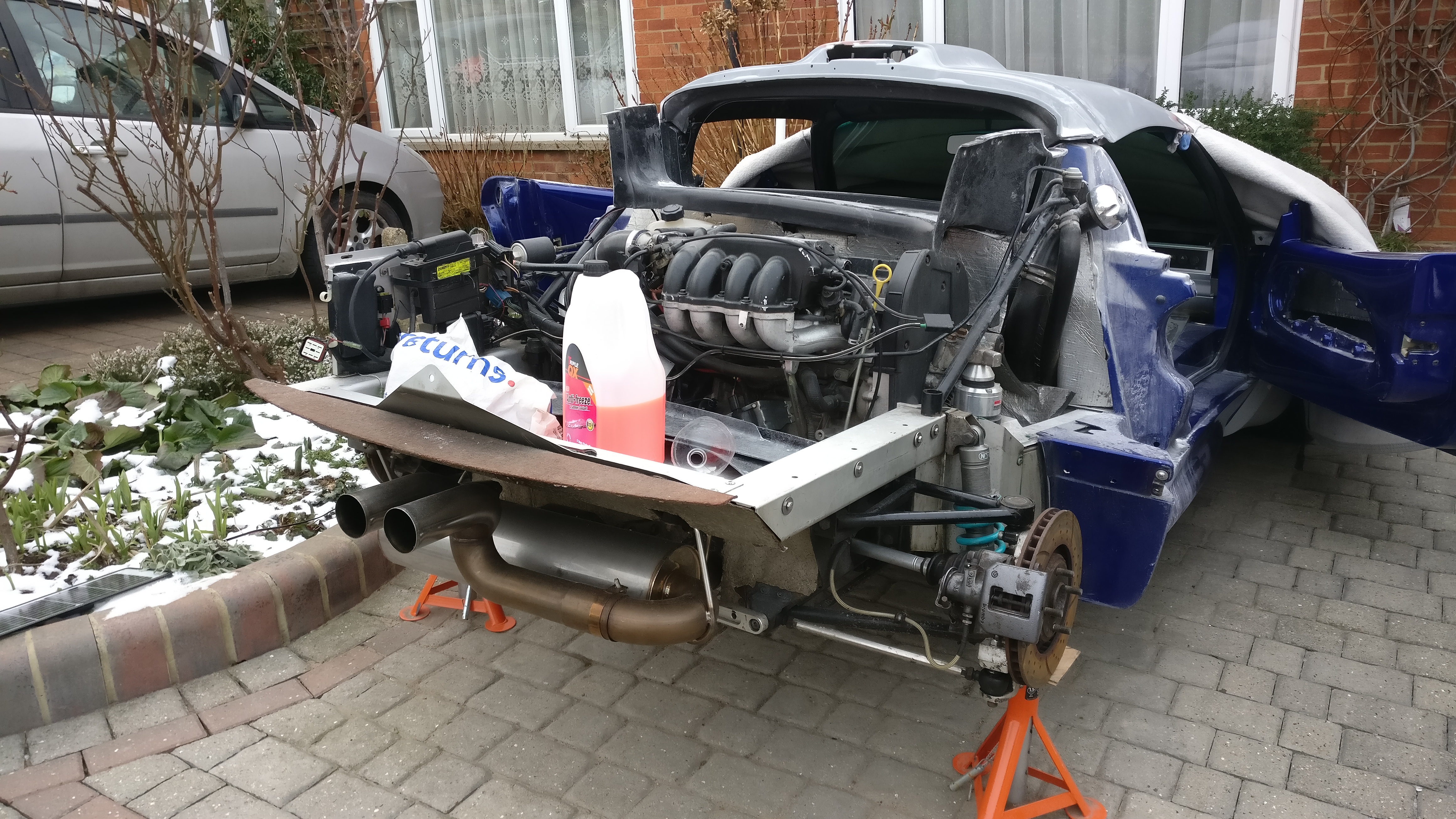 The clam took a bit of wiggling and pulling the sills outwards to clear things like the rear discs etc, but is something you can do on your own. 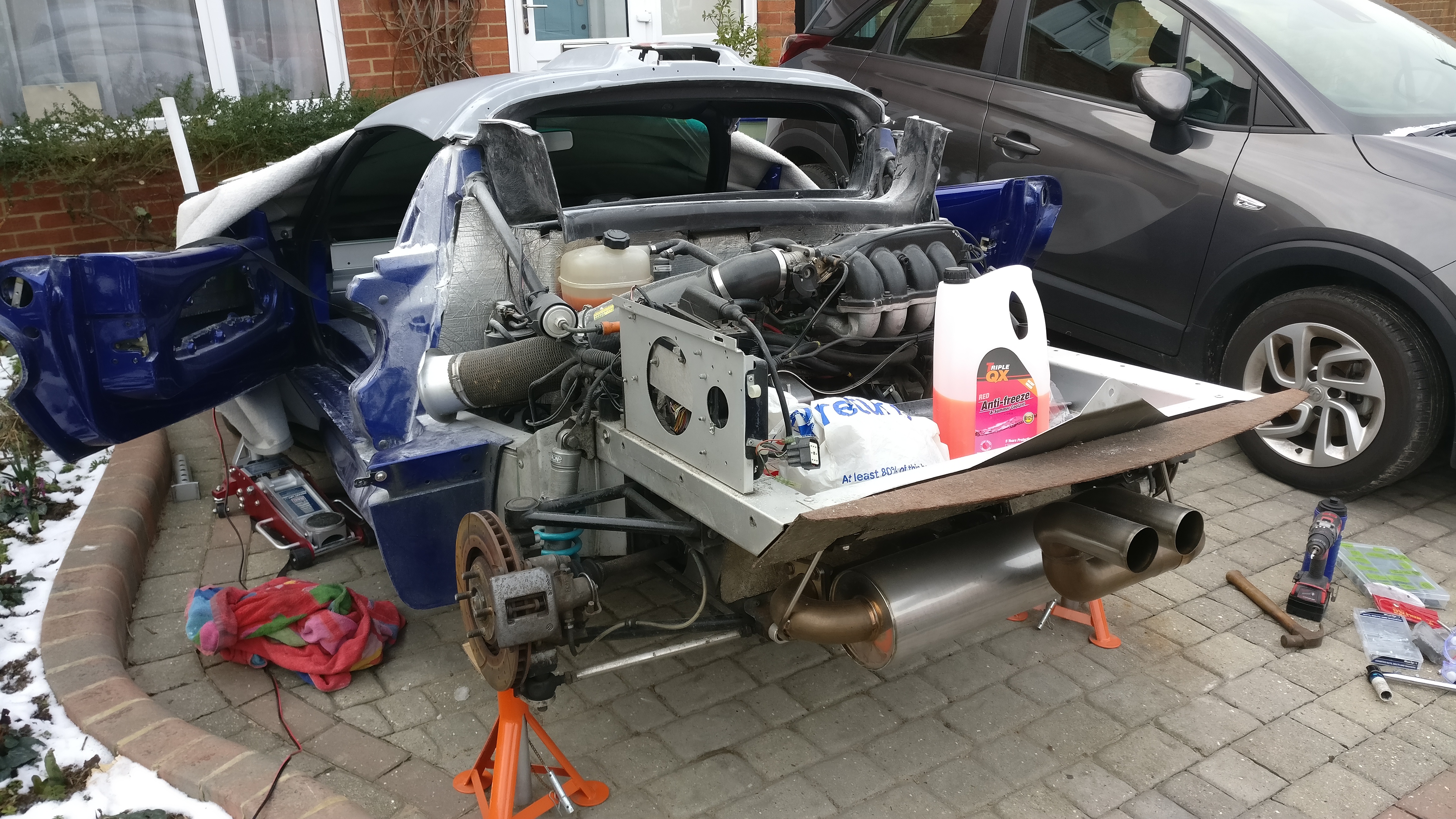 With the clam off I can get to stuff much more easily and is a good time to sort a few things I've wanted to for a while. 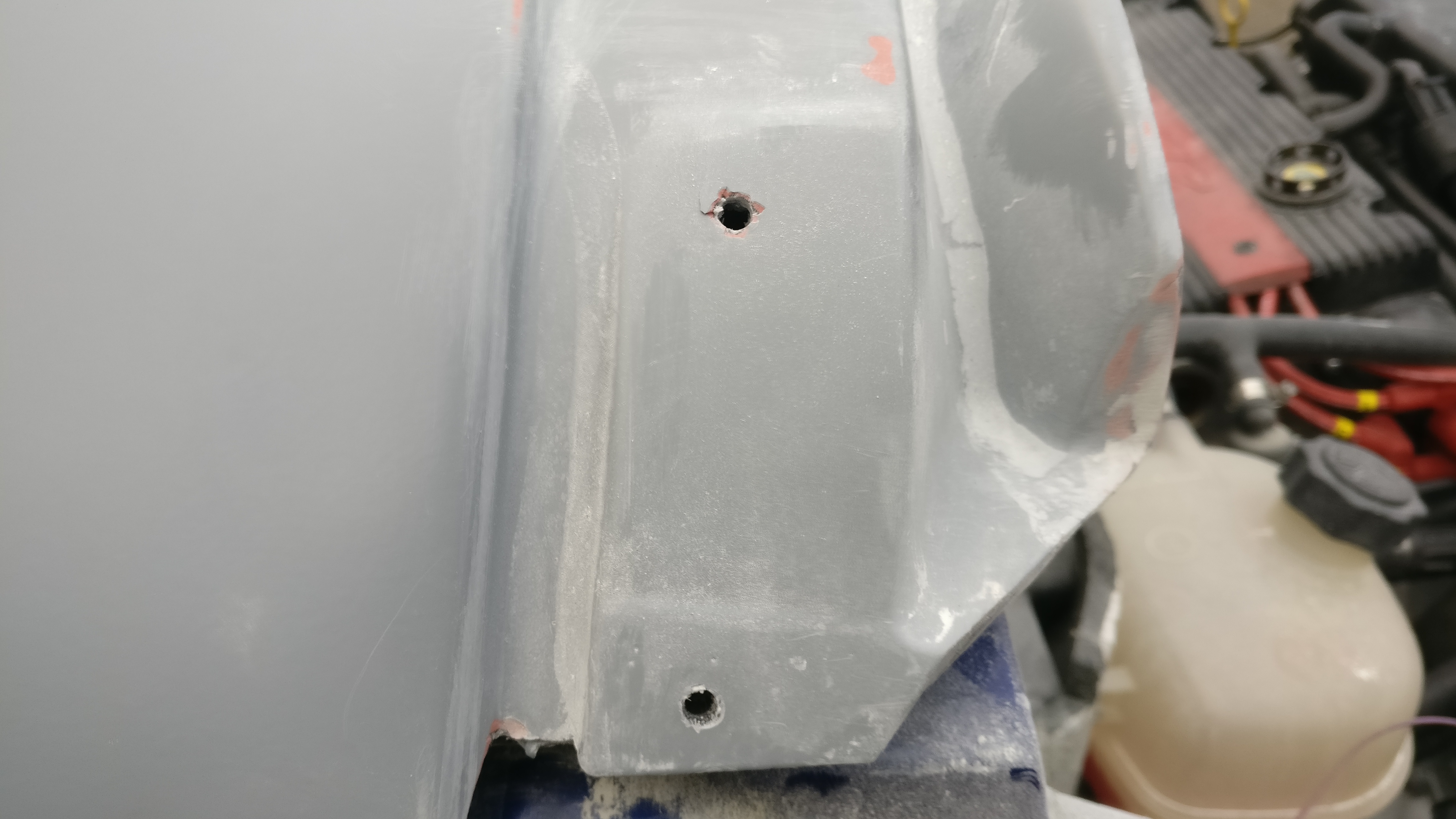 The holes into the roof needed to be opened up to allow the jacknut to fit. I only had one spare jacknut which I did a test run with using some wood before attempting on the roof, which I actually messed up and ruined by not using a big enough hole and bent the spreader parts when trying to hammer it into the hole.
To avoid this I opened the holes on the roof right up to 10mm, which unfortunately I didn't take a picture of until later, but meant the bottom hole got close to having very little material underneath it which I'd have to be careful with. 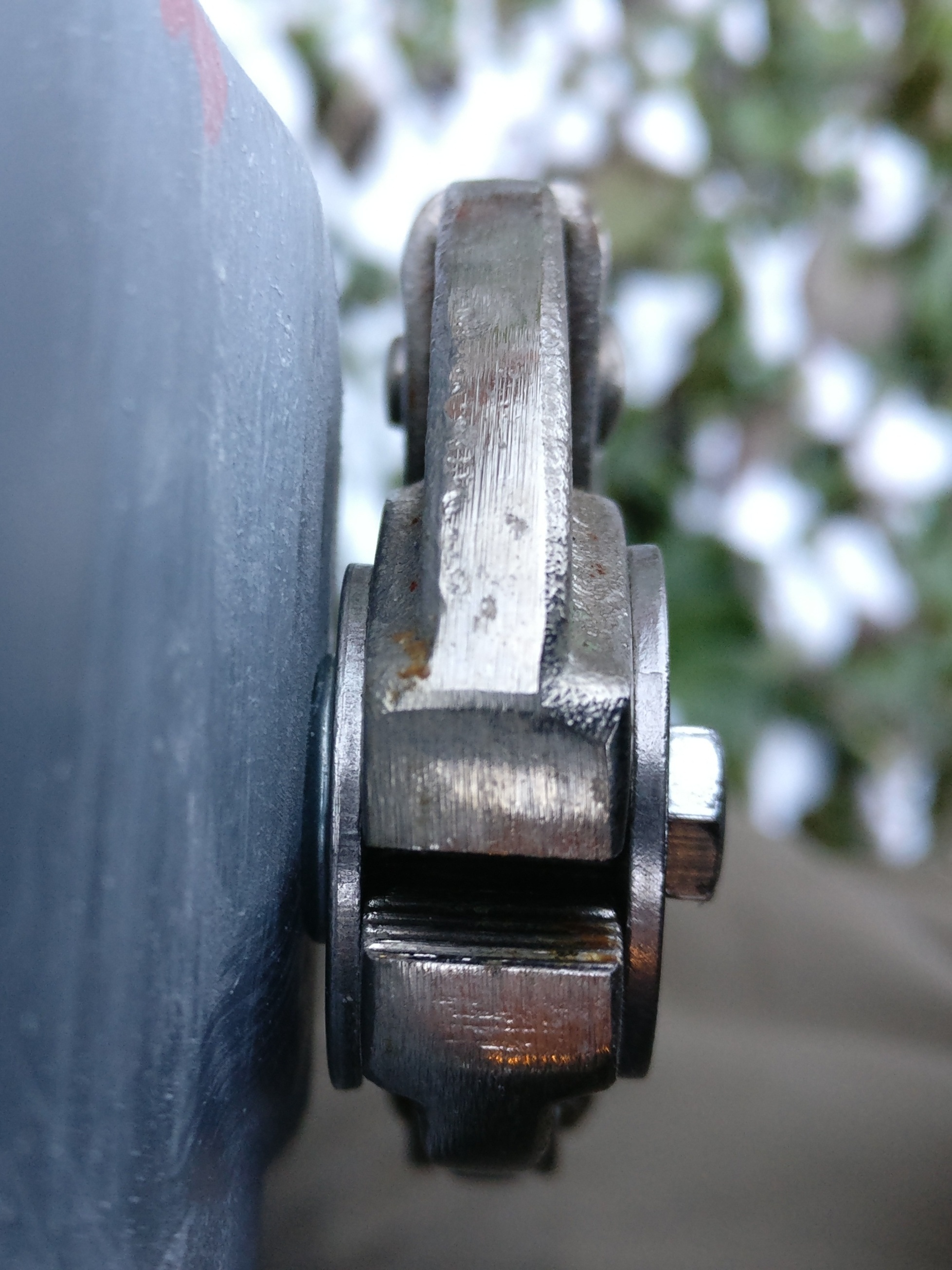 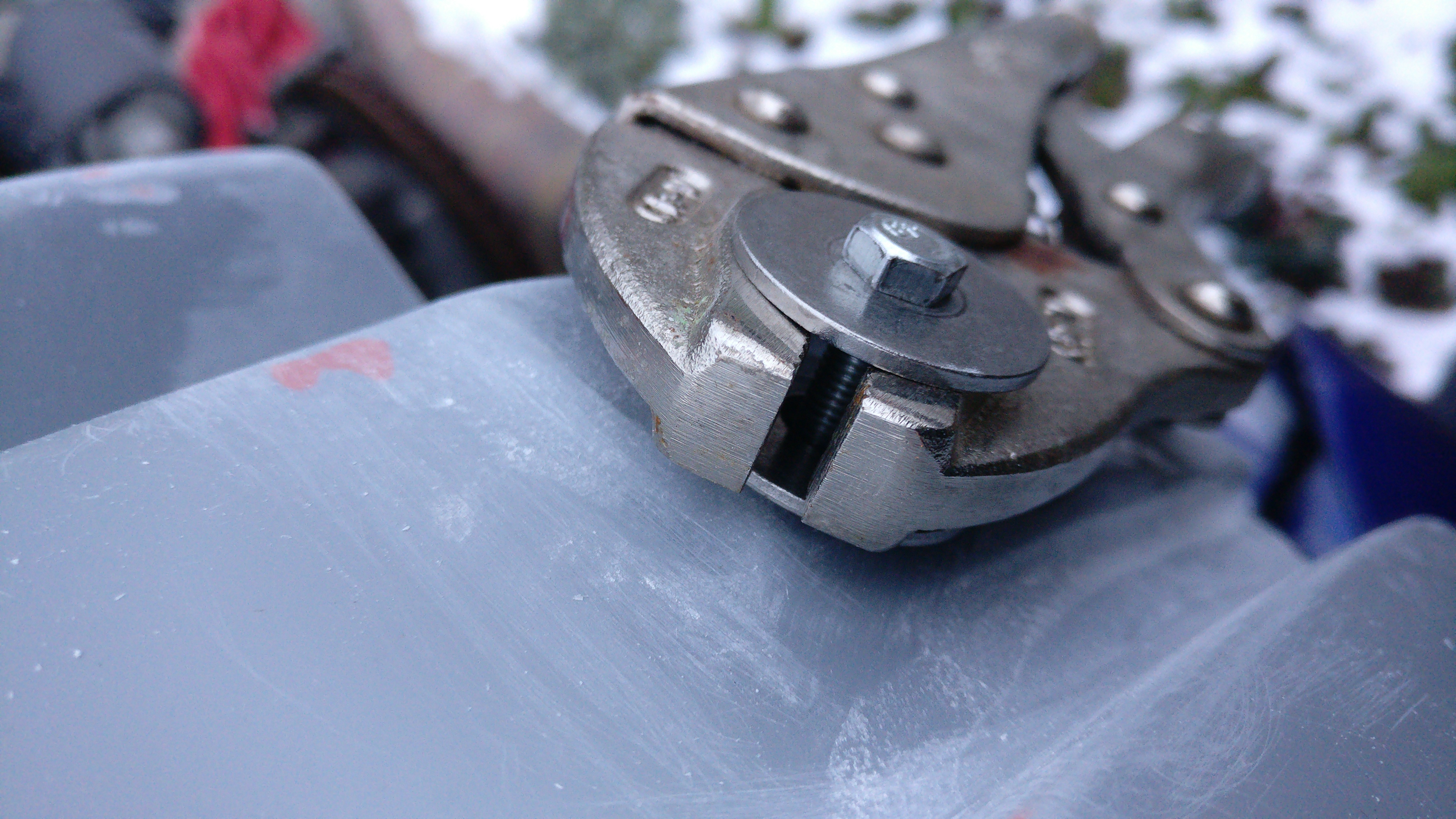 I then unwound the bolt a little to take the tension off the pliers and they came away from the bolt. Then just unscrewed the bolt completely. 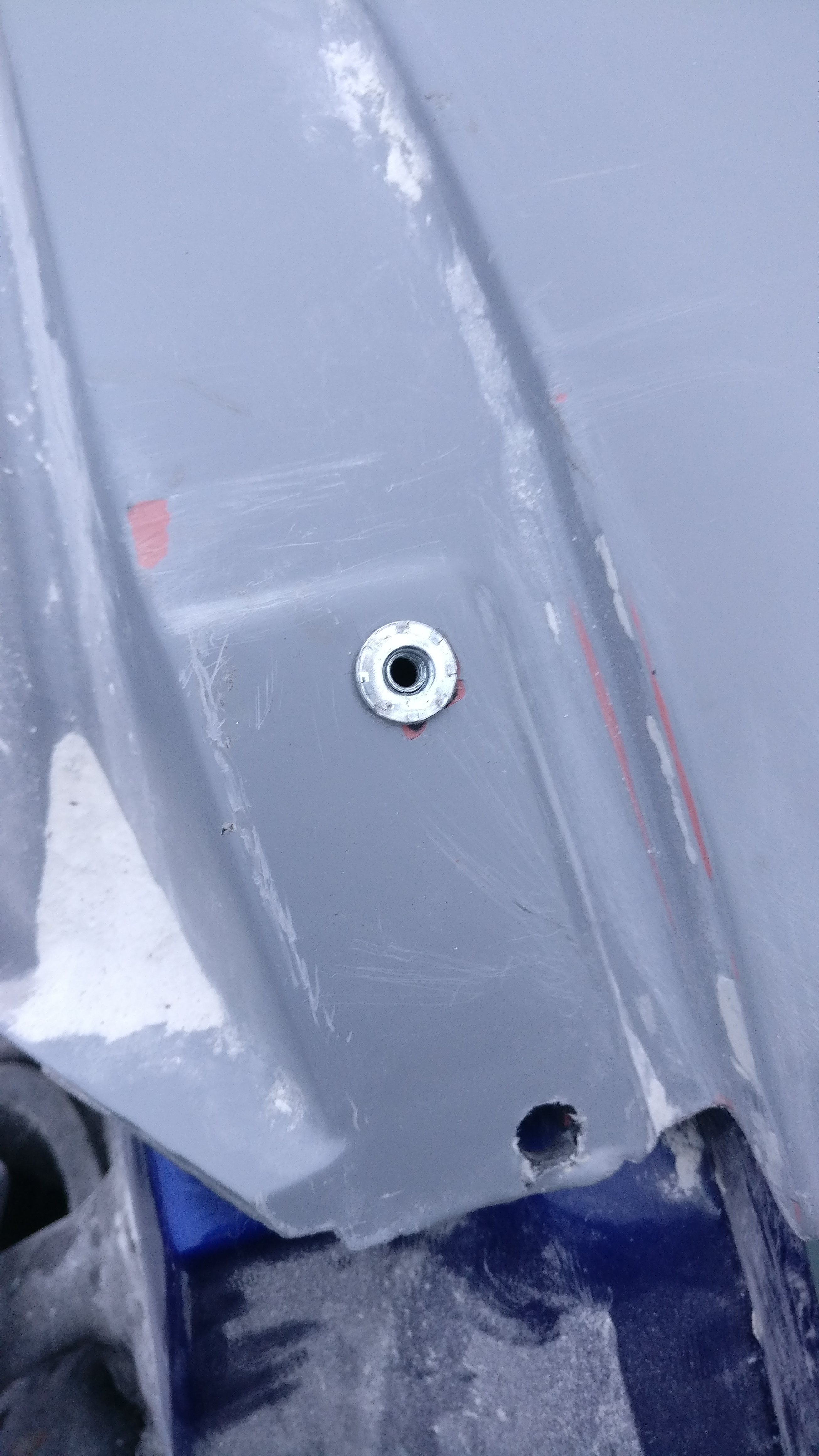 Here is the fully installed jacknut. I'm hoping they are strong enough as they will be under tension by pulling the top of the clam inwards against the roof, but they did feel very secure when I tested them by pulling on the bolt used when installing them pretty hard so fingers crossed.
The photo also shows how the bottom hole is quite close to the bottom of the roof material after being opened up with the 10mm drill bit. In hindsight perhaps I could have closed the distance between the two fixings to maybe 60-65mm toincrease the material under the bottom hole, but it feels strong so must have enough material there for it to be ok. Also the bottom one is under less tension than the top as it doesn't need to pull the clam in as far at that point. Only way to find out is to put the clam back on and try.
Top 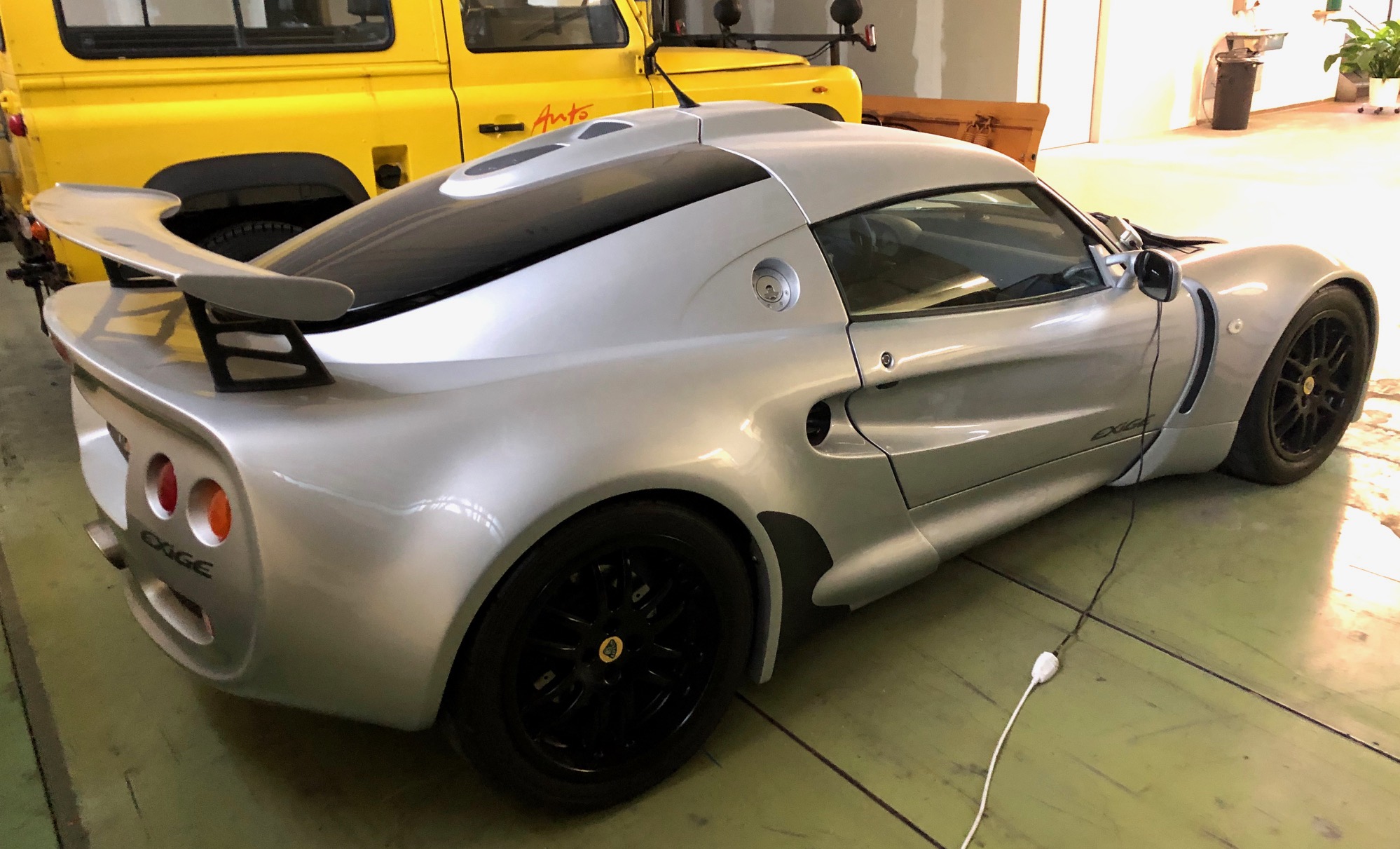 Interesting, just realised mine doesn’t have them either! Can’t believe I’ve never noticed

"A funny detail is the absence of the two screws holding the top of the rear mask to auto # 069. The # 073 and all following have these screws, so the change was made between these two cars." 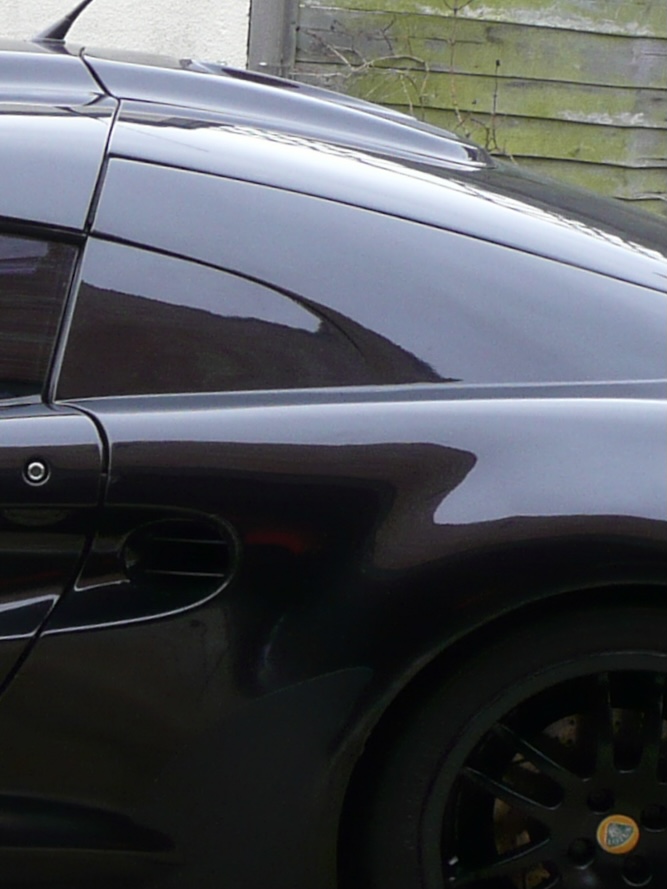 That is really interesting, I wonder why done have then and others don't.
There was no way I could avoid them as the tips of my clam needed pulling in, but kind of like it without, cleaner look.

Cheers for the encouragement, it's not the nicest at the minute being -4 degrees outside!
Top
Post Reply
194 posts