Managed to get some matte clear coat spray for a few bits so finished them up ready to be packed away ready for assembly. 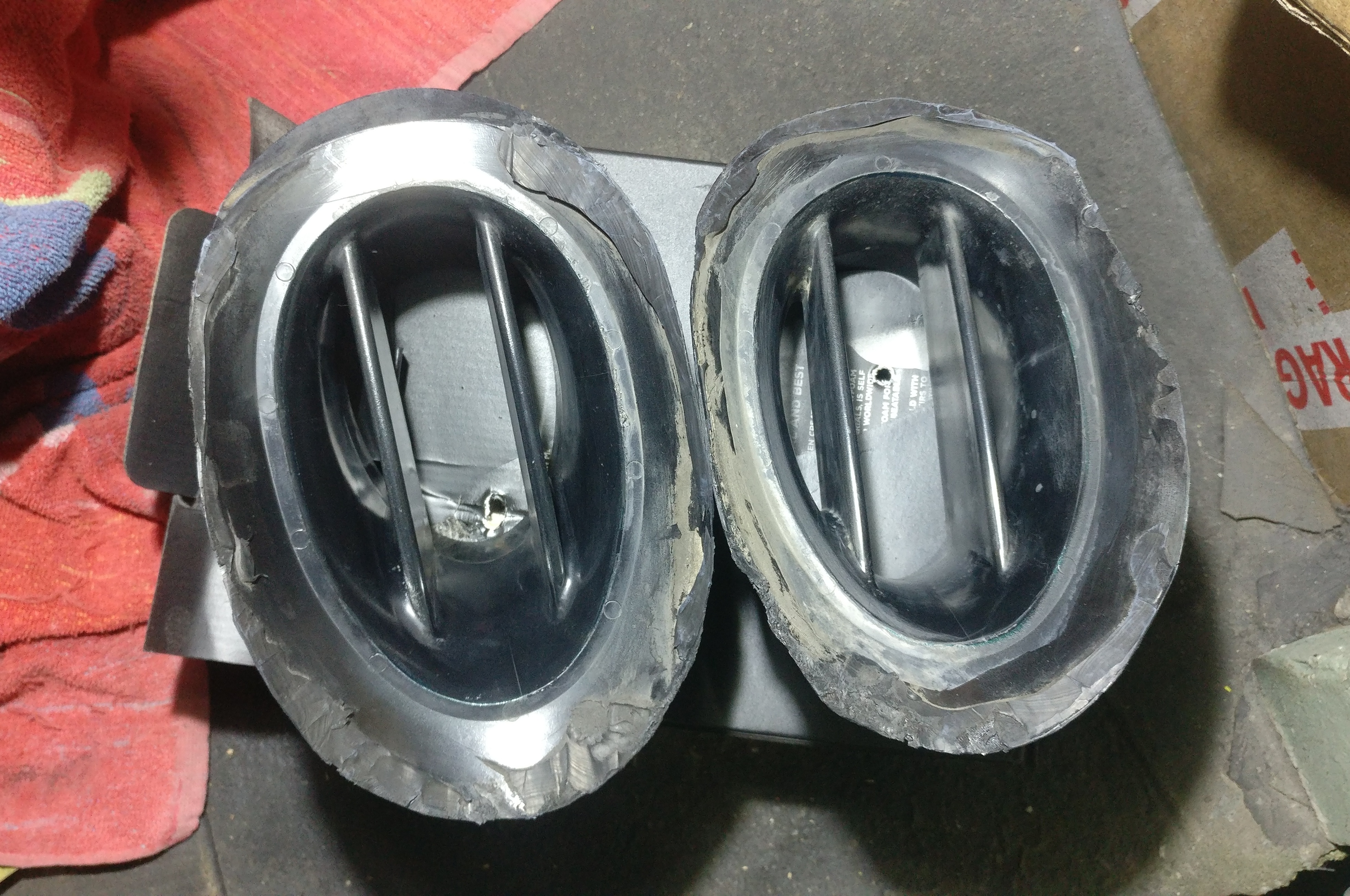 I was able to get some genuine side scoop grilles as I sold my Elise clam with then still attached. They are in good condition but had age related marks and dirt along with a fair bit of the rubbery adhesive. 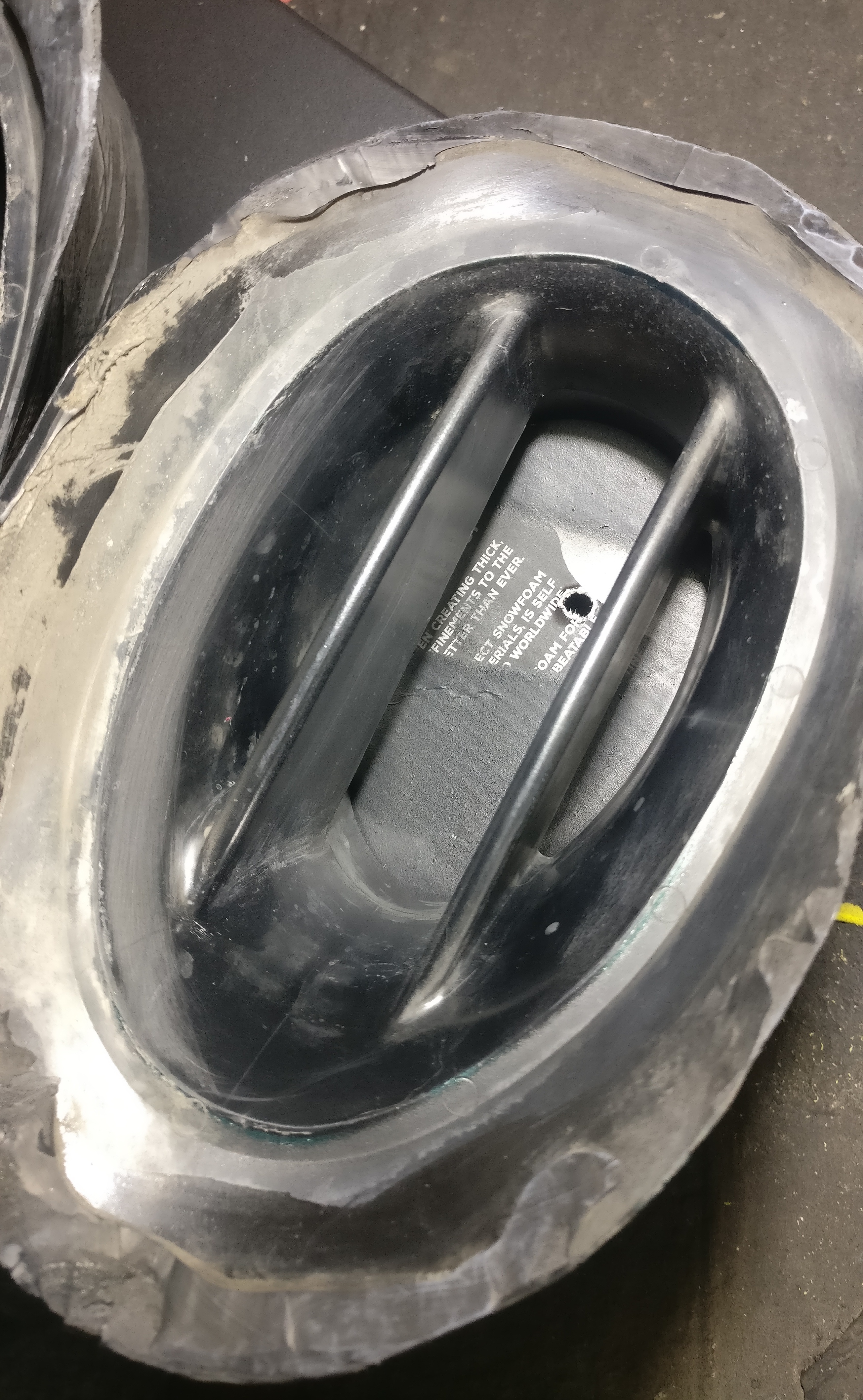 I first got my dremel and sanded/chopped/sliced away all the adhesive so I knew they would sit flush against the Exige clam when bonding them back on. I then took some 240 grit paper and just went over them lightly to get rid of any high spots.
After that I took some white spirit and cleaned them all up, getting rid of all the dirt and grime. The plastic was quite patchy with light and dark areas so it was a job worth doing in my opinion. 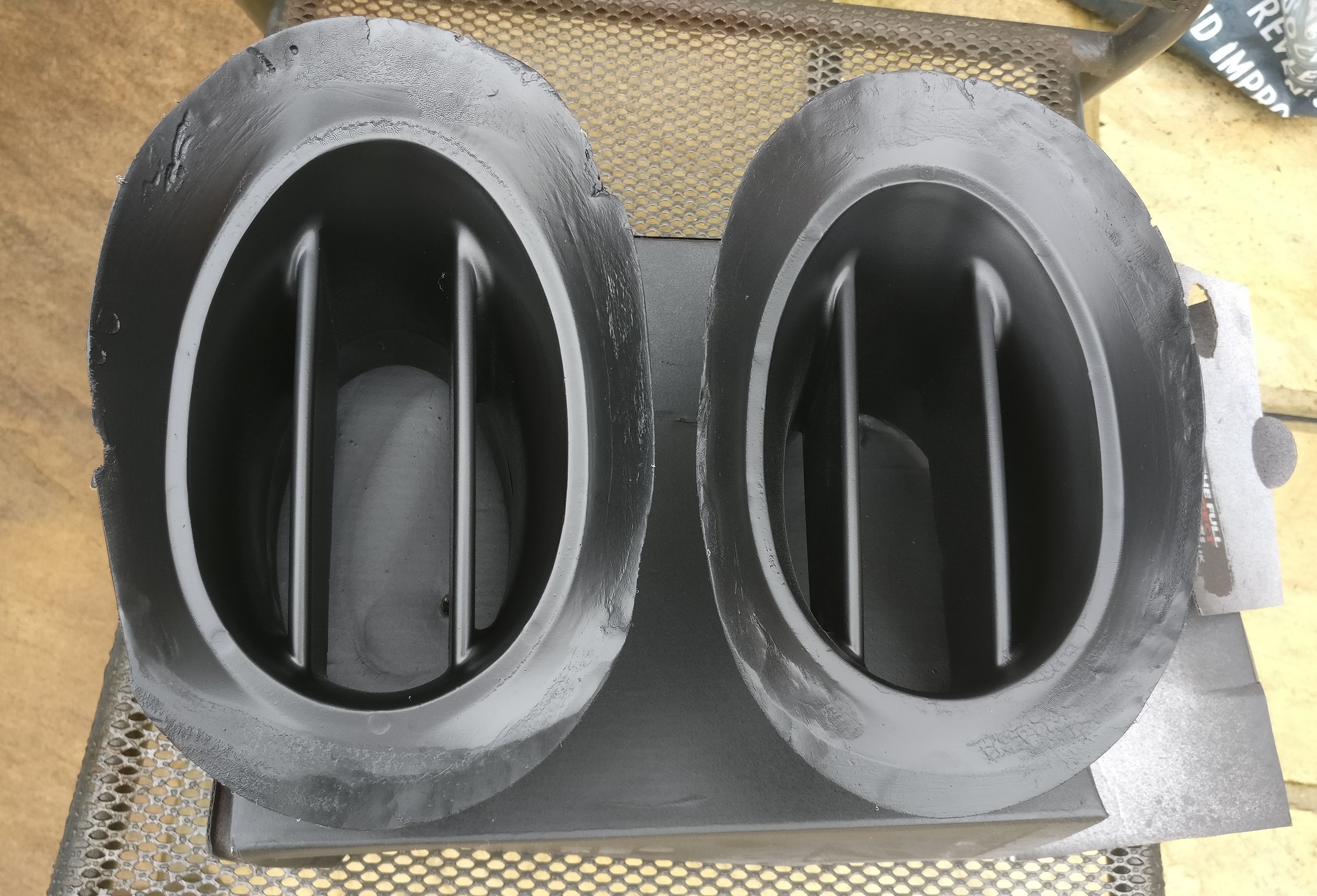 After a few coats of the same paint as the spoiler supports they looked so much better. However whilst I was airing them outside a quick rain spell happened and left the surface with small spots which mottled the finished, my own fault for leaving them outside. So I lightly sanded again (which wasn't the end of the world as the first few layers of paint acted like a primer) which left an even smoother finish once the final layer was applied.
Finally I gave it a few layers of the matte clear coat and left them to dry.

These are mostly going to be covered by the carbon side scoops, but they look much better and would have annoyed the hell out of me if I didn't clean them up 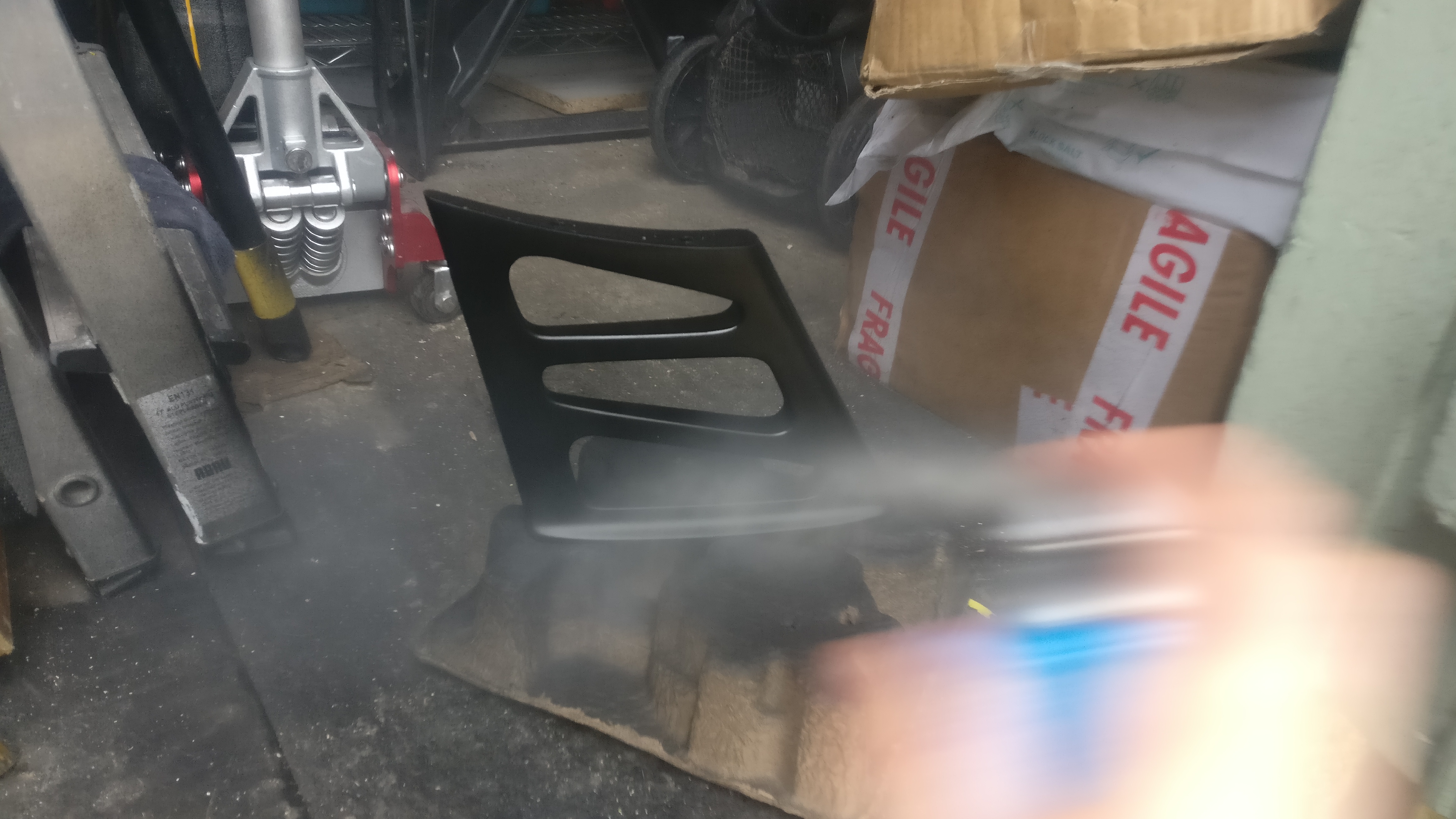 While I had the cans out I took the spoiler supports out of storage and gave them one last sand and paint, finishing them with the clear coat. I wrapped them in soft cloth ready for final assembly.
Top

Lucky boy getting those side pod ducts im after some too.
Top

Try Dom at TheLotusFactory.co.uk or Greenelise86, he might have some he can mould for you. If not I got mine from Maik in Germany, he's on ebay I can find his username if you want/need, think he hacked them out of a crash damaged clam he had.
Top

i tried dom a while ago, he said

"I don't do the side ducts for the s1, I made a prototype for the internal black plastic one but not had a chance to produce more
Thanks Dom"
Top

Oh, well I've seen there are a couple of rear clam sections on ebay which I think still have the grilles in, probably not the cheapest way of getting hold of them though.
Top

Doing my best to dodge the rain today managed to swap out my broken driveshaft. Pretty sure the Tripod was knackered and although this could have been replaced on its own, I though it best and easier to replace the whole shaft. 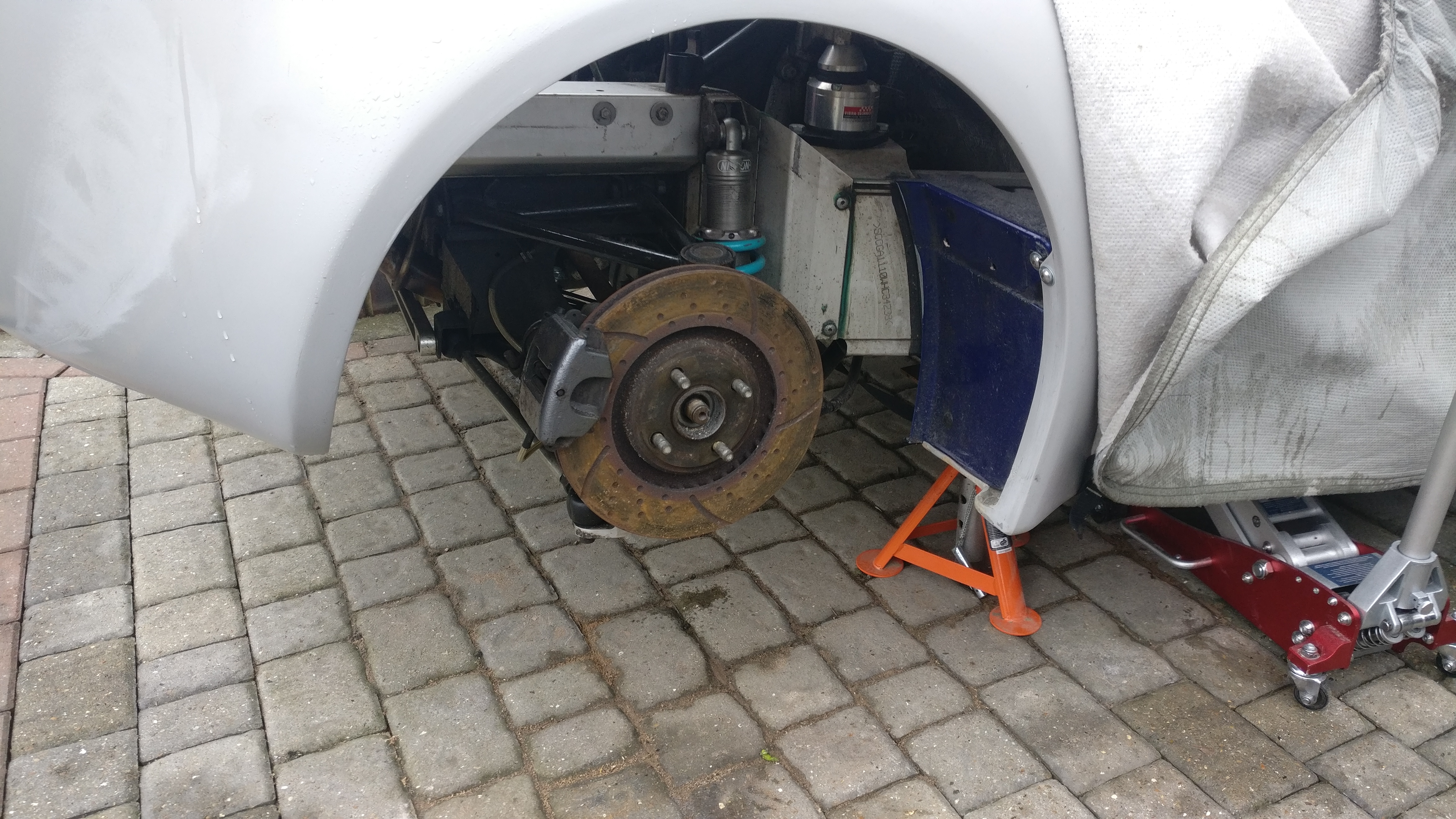 With the hub nut now off the first thing I did was jack the car up and put axel stands on the back, removing the wheel and releasing the handbrake. 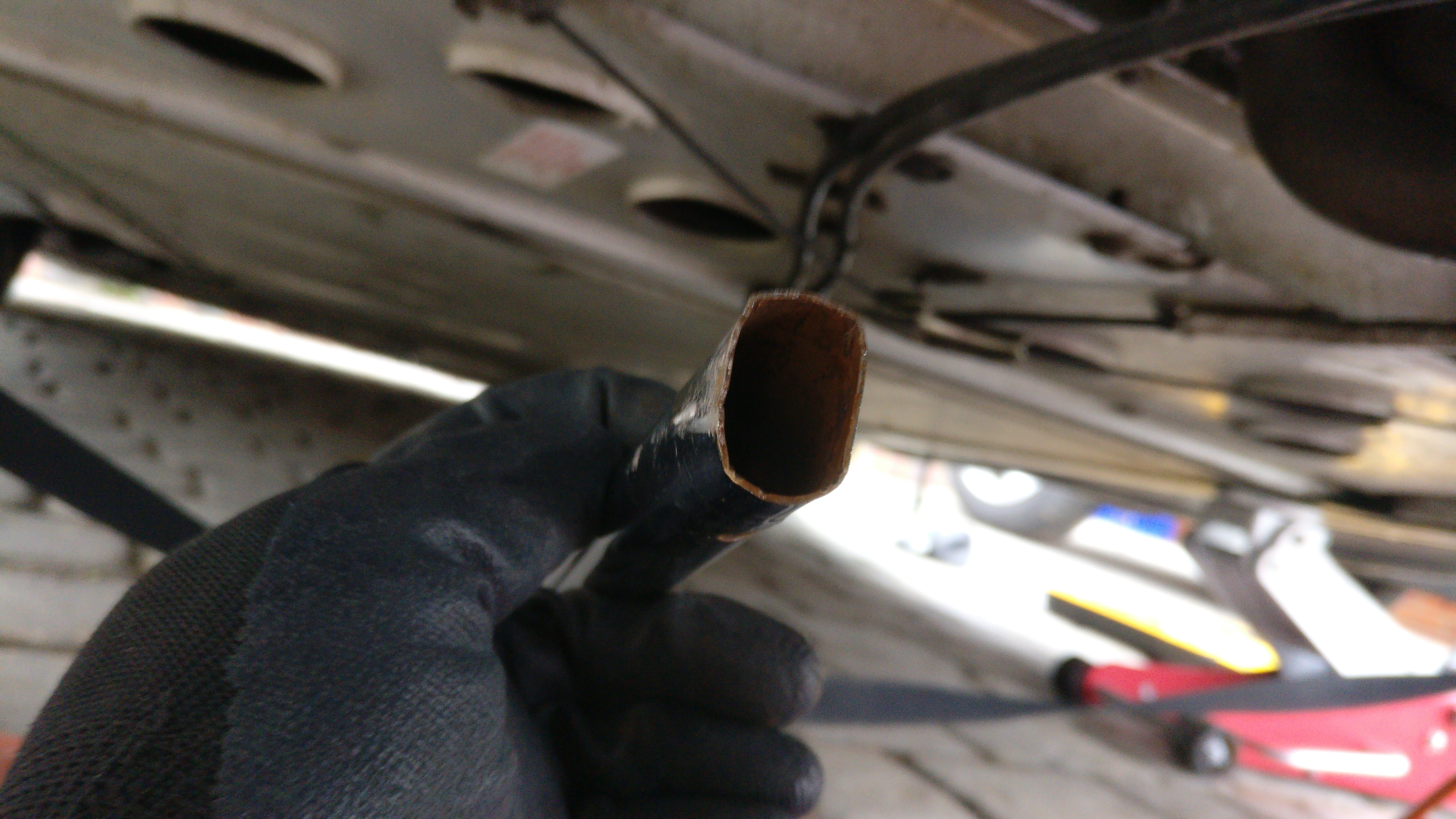 Next I needed to drain the gearbox oil. This oil is less than 6 months old so I am keeping it and putting it back into the box afterwards. The drain plug is removed using a 3/8" wrench, but due to the limited space under the car, it was much easier to use an extension pipe to release it. I found an old tube and hammered the end into a more rectangle shape, which was a perfect fit for the wrench so will be keeping it for future use. 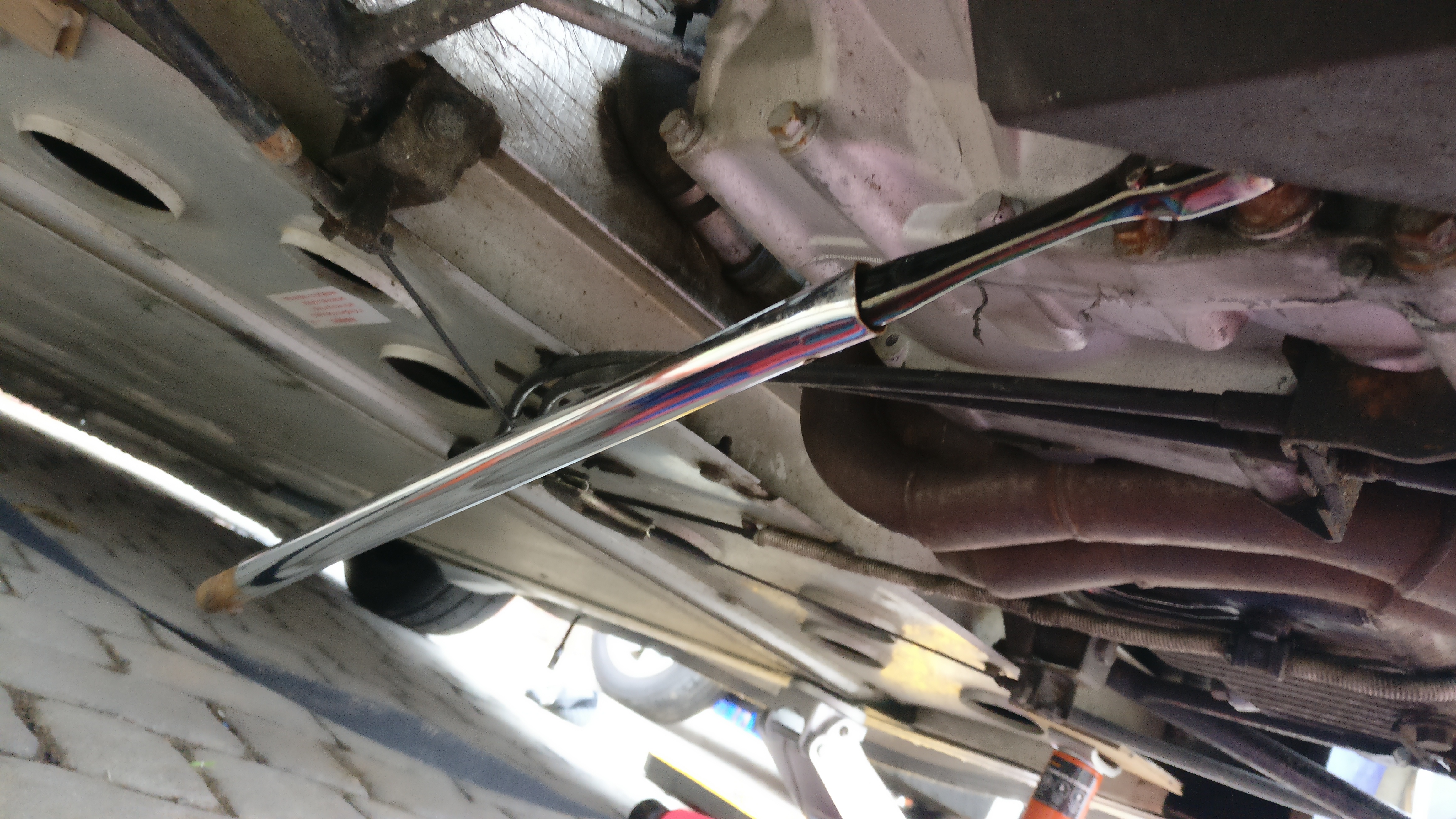 You don't need to worry about any oil coming out after cracking the plug loose so I didn't put anything underneath just yet and got the plug loose enough to be undone by fingers. 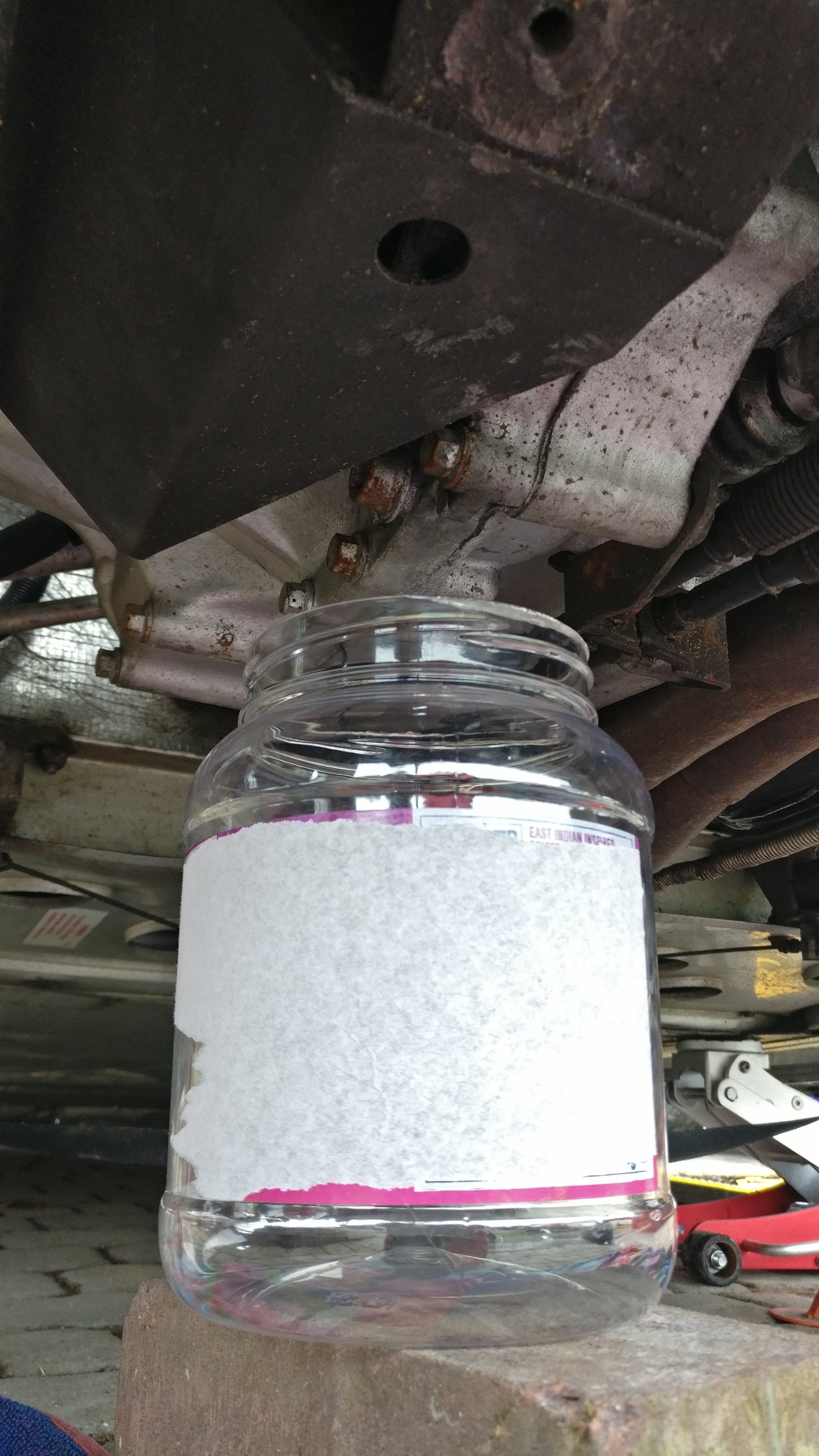 I had found this container and measured it could hold 2.3 litres of water. As the oil you drain is roughly 2.1 litres I was happy it was big enough to catch all the oil and cleaned it up to keep any contaminants out if the oil. 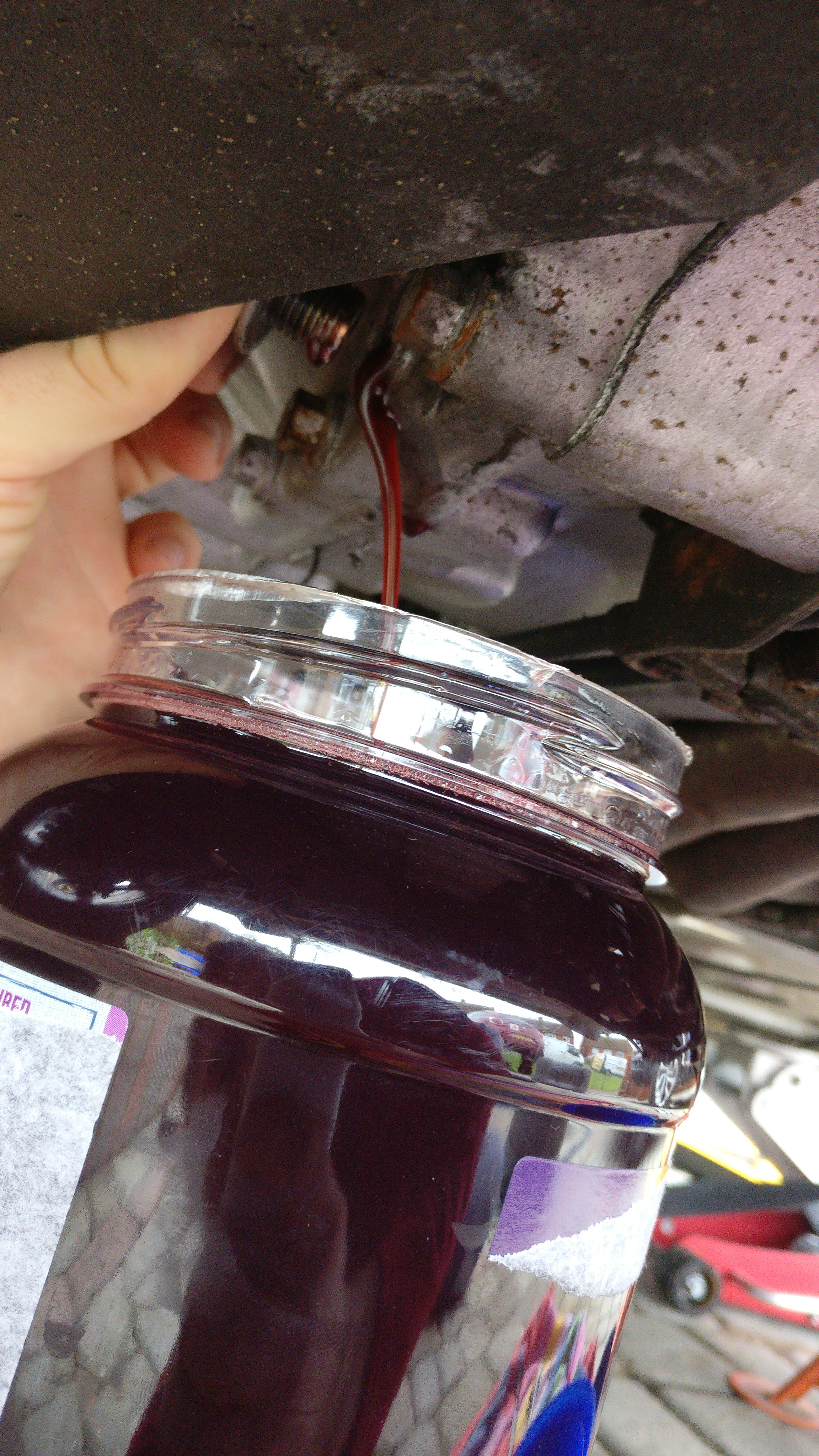 There wasn't much room left but I popped the top on the container and put it somewhere safe out the rain. 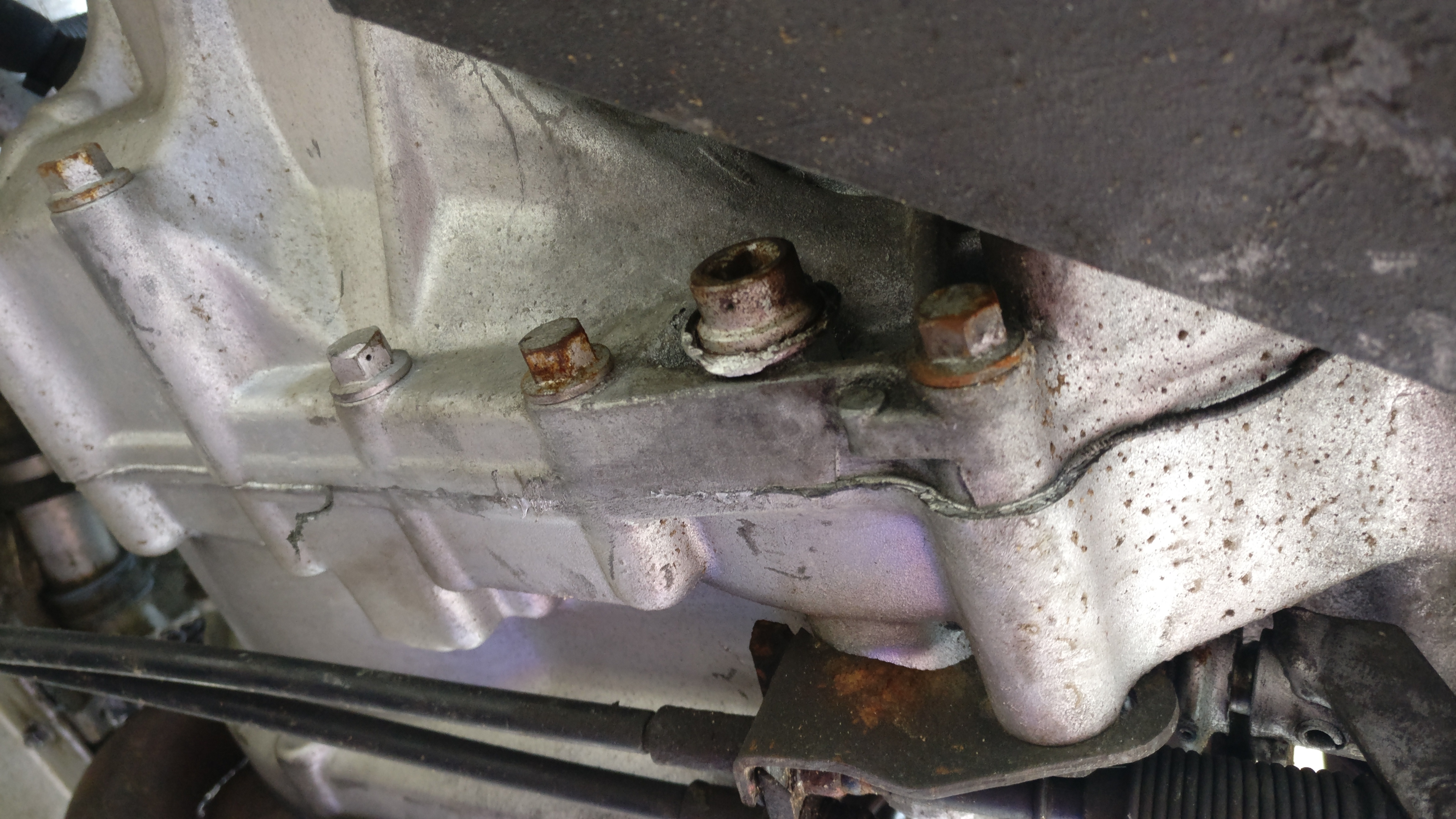 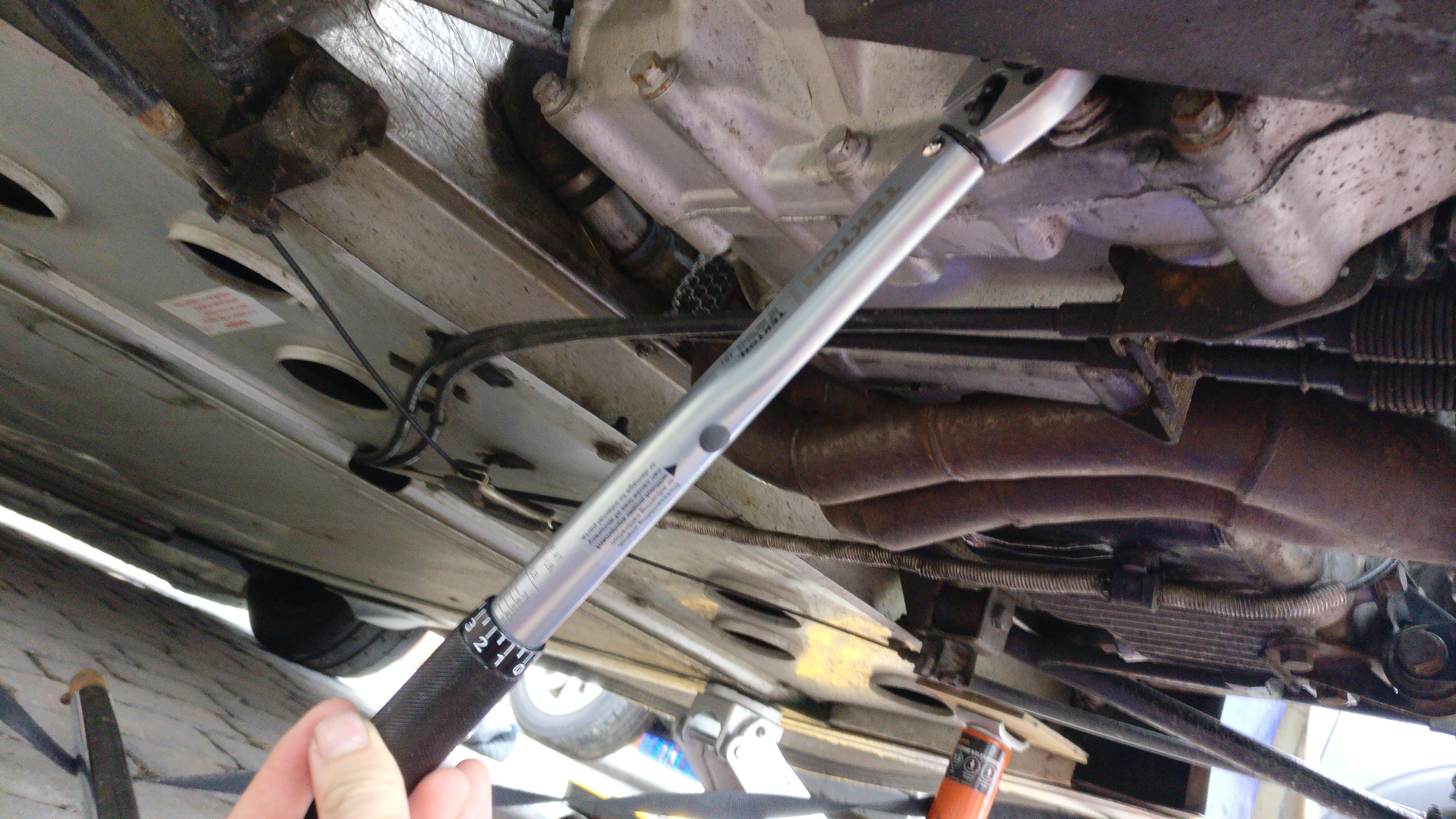 I put the drain plug back in and torqued it up to 45nm. I'll refill the gearbox using a large syringe and pipe probably through the speedo drive. 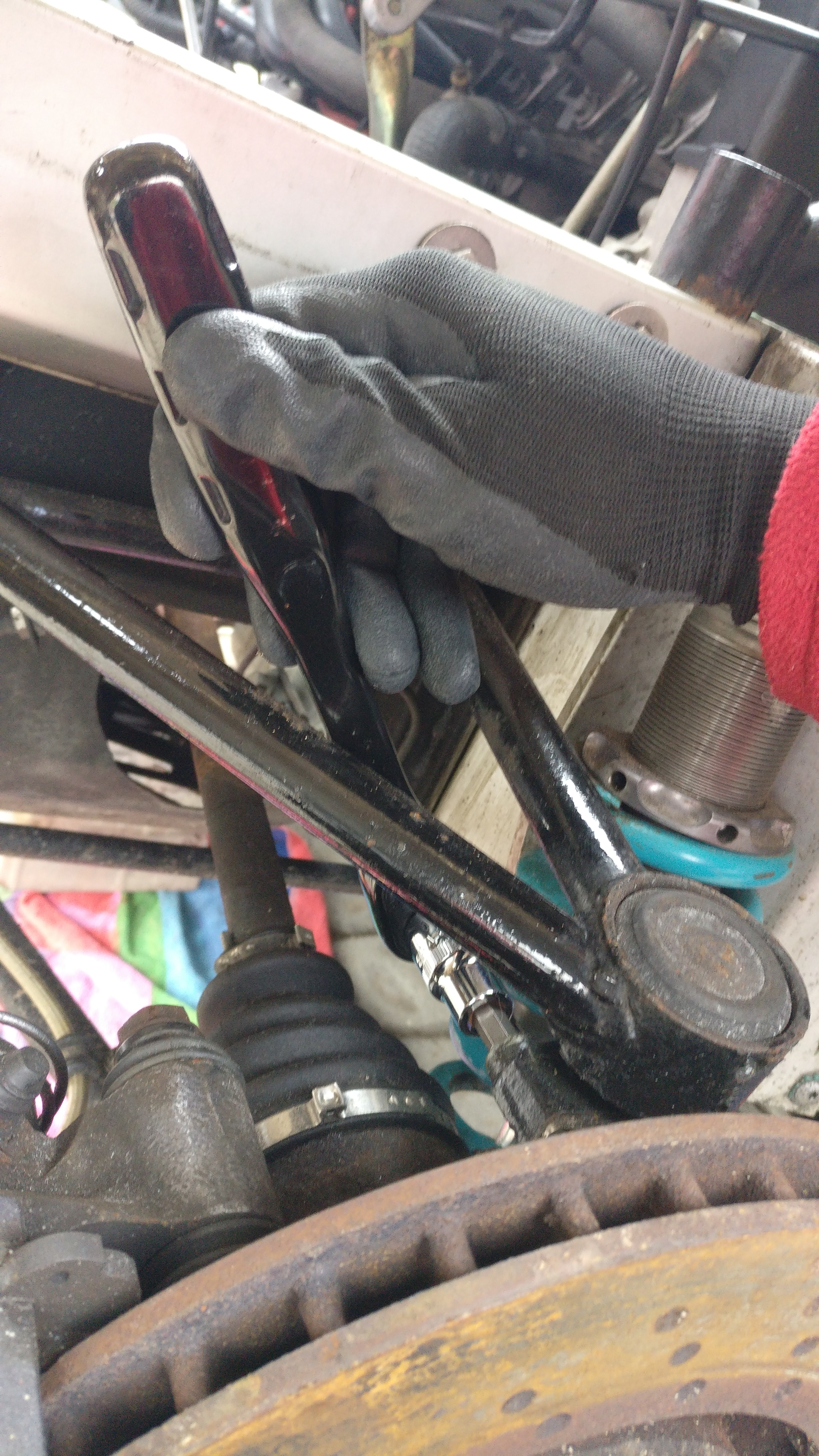 I then took an 8mm hex and undone the two bolts connecting the hub to the upper wishbone. This is all you need to give enough movement and clearance to get the driveshaft out. 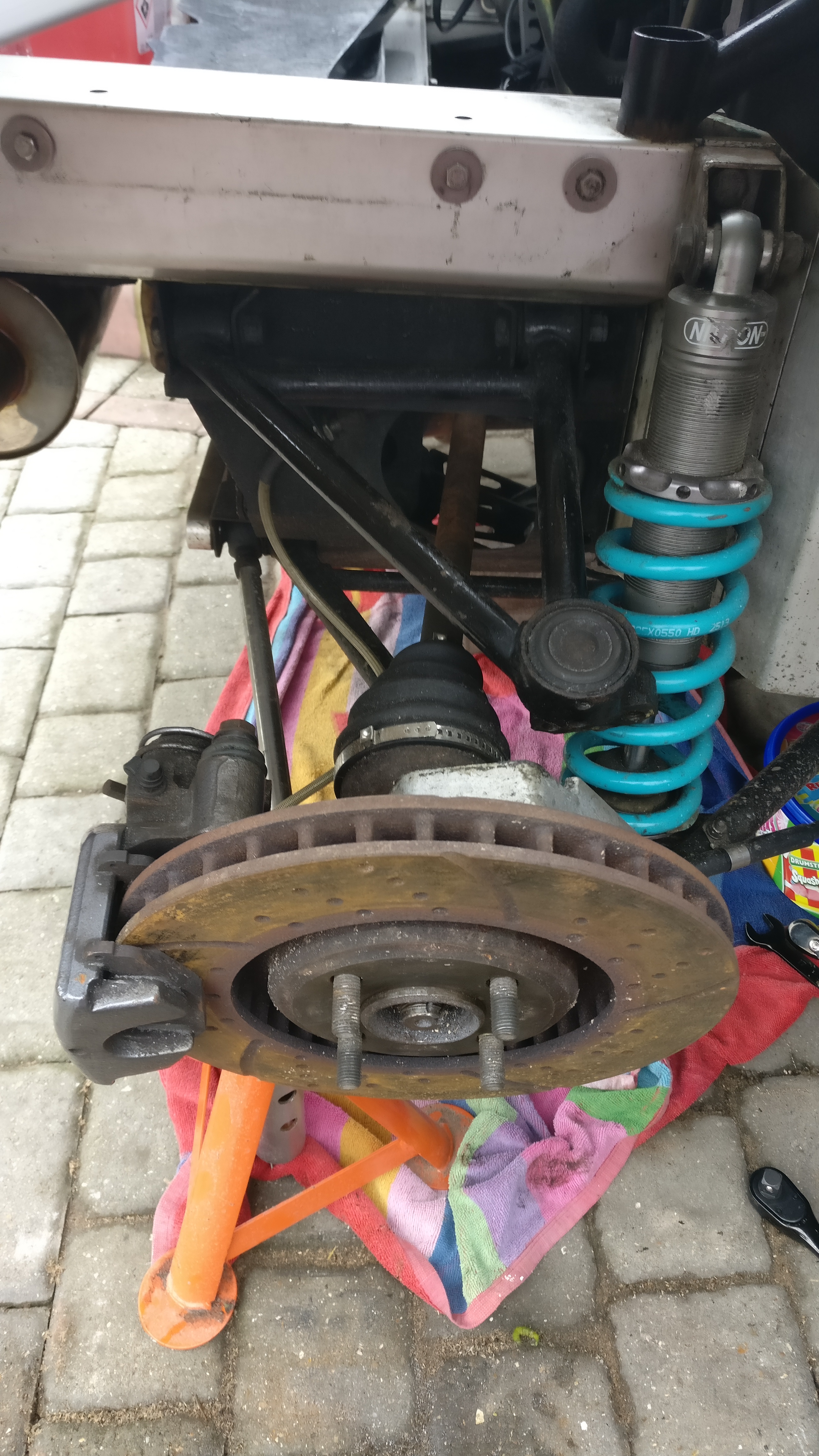 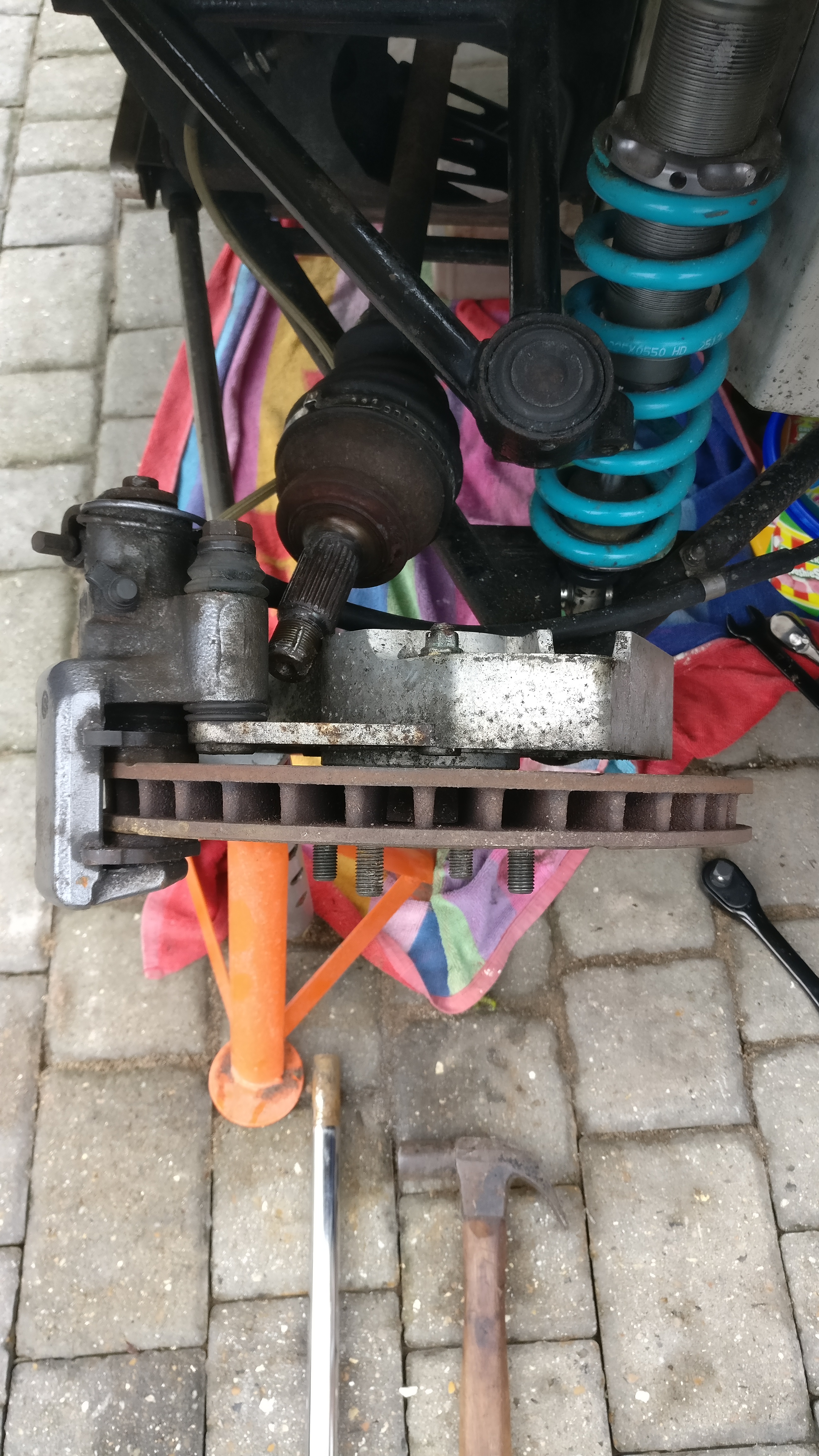 I had to use the extension pole and a hammer to gently tap the end of the shaft to get it out the spline, but then it pulled out easily. 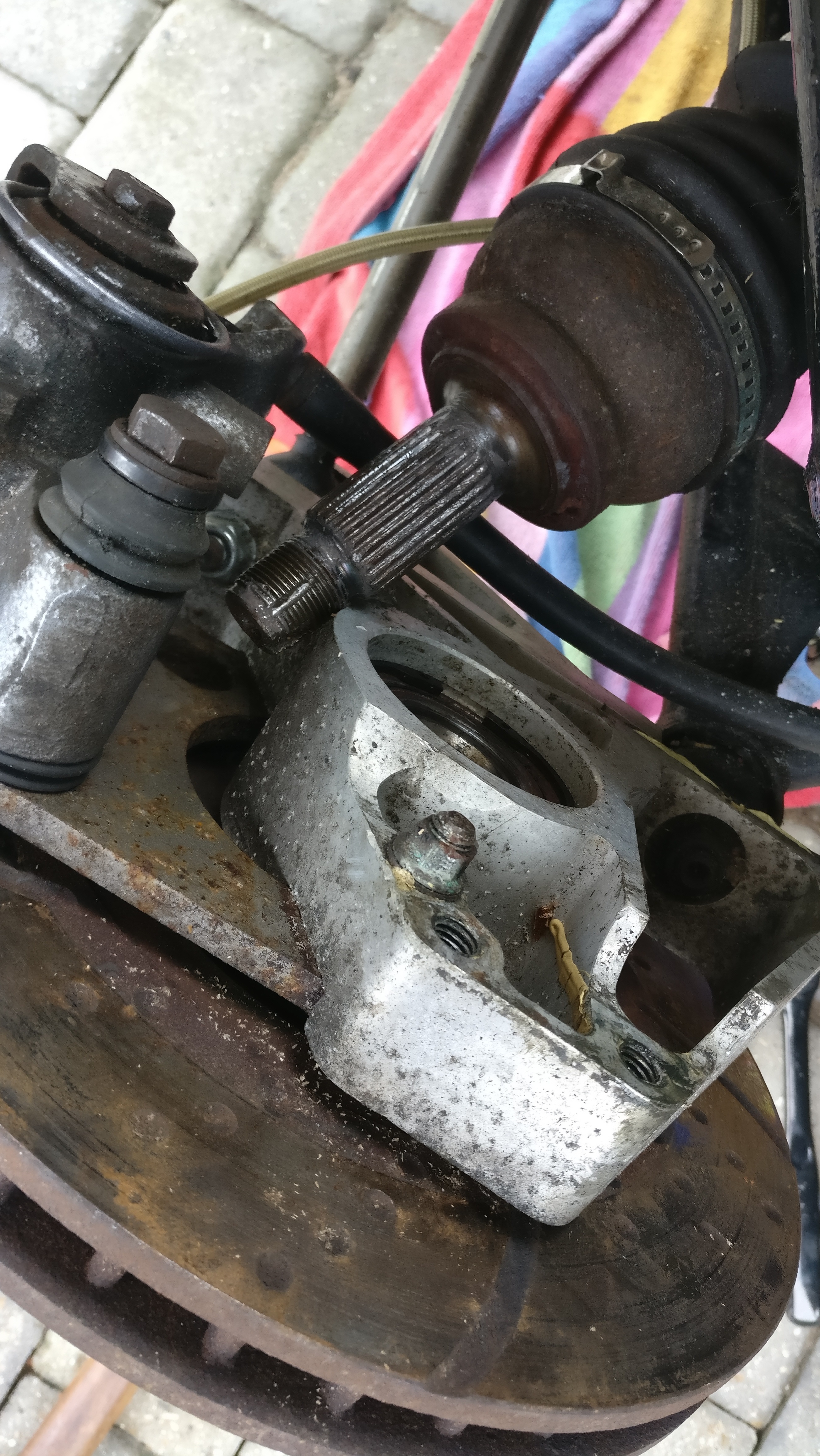 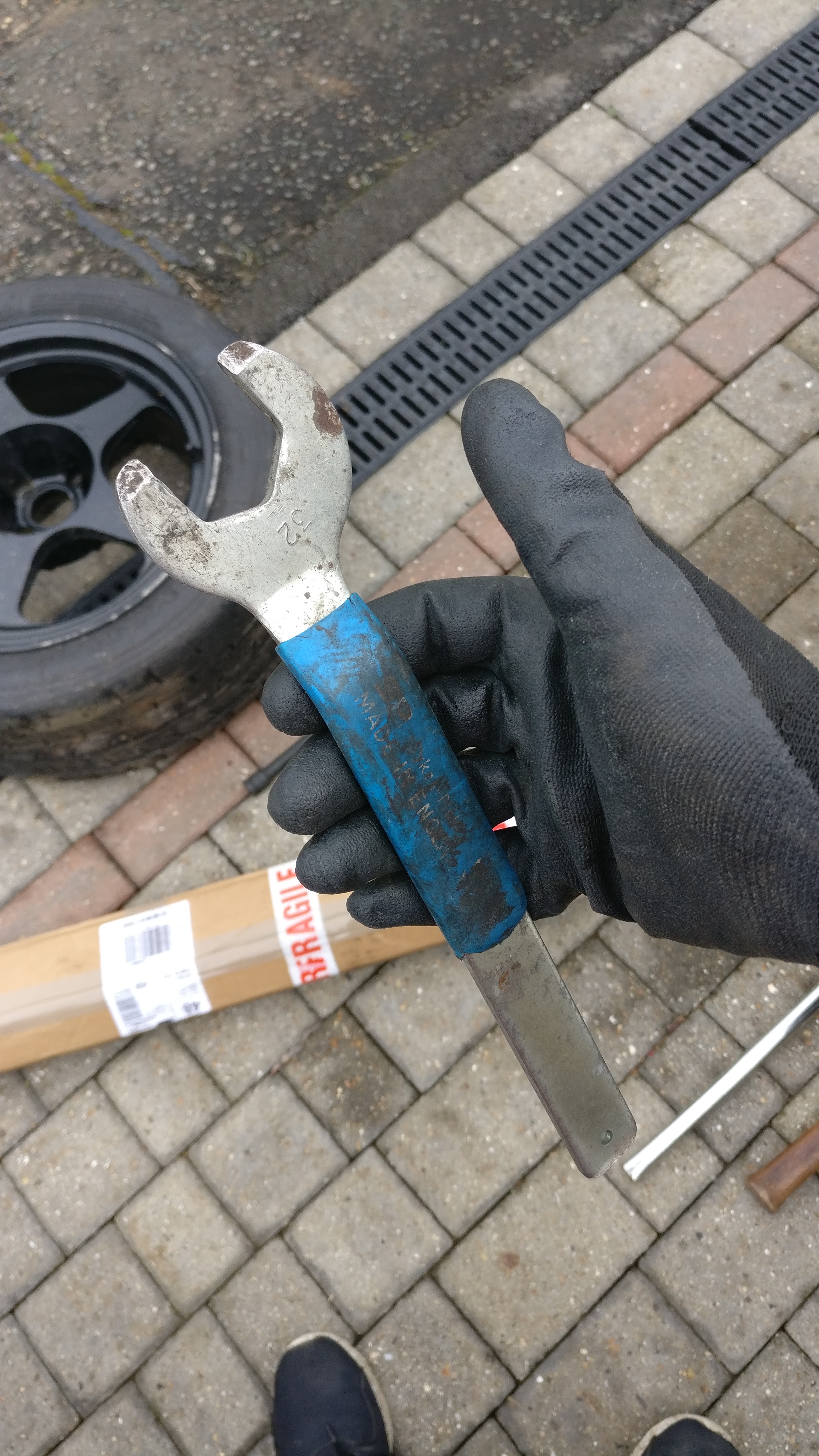 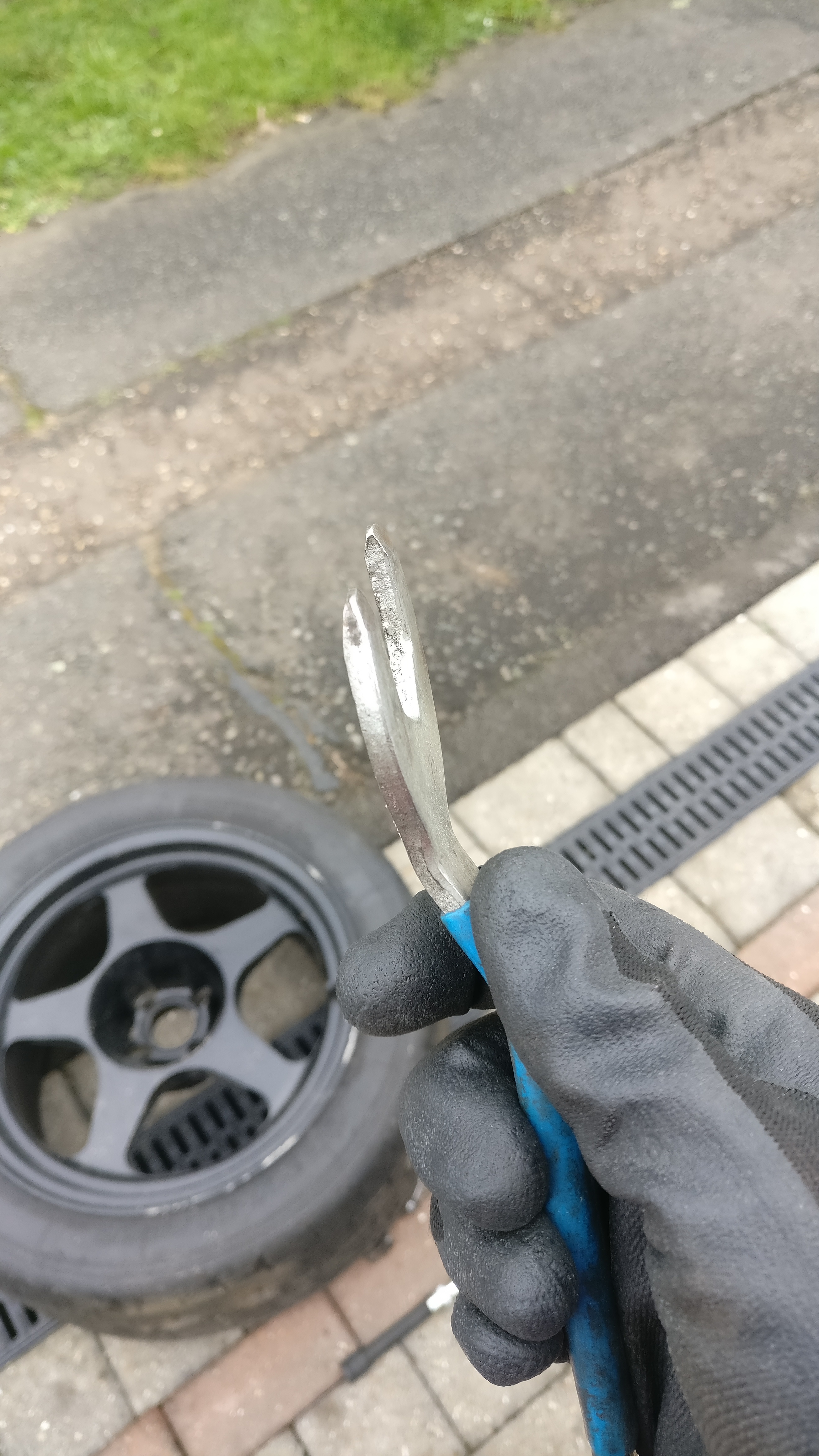 To get the driveshaft out the gearbox Steve Butts very kindly let me borrow his modified spanner. 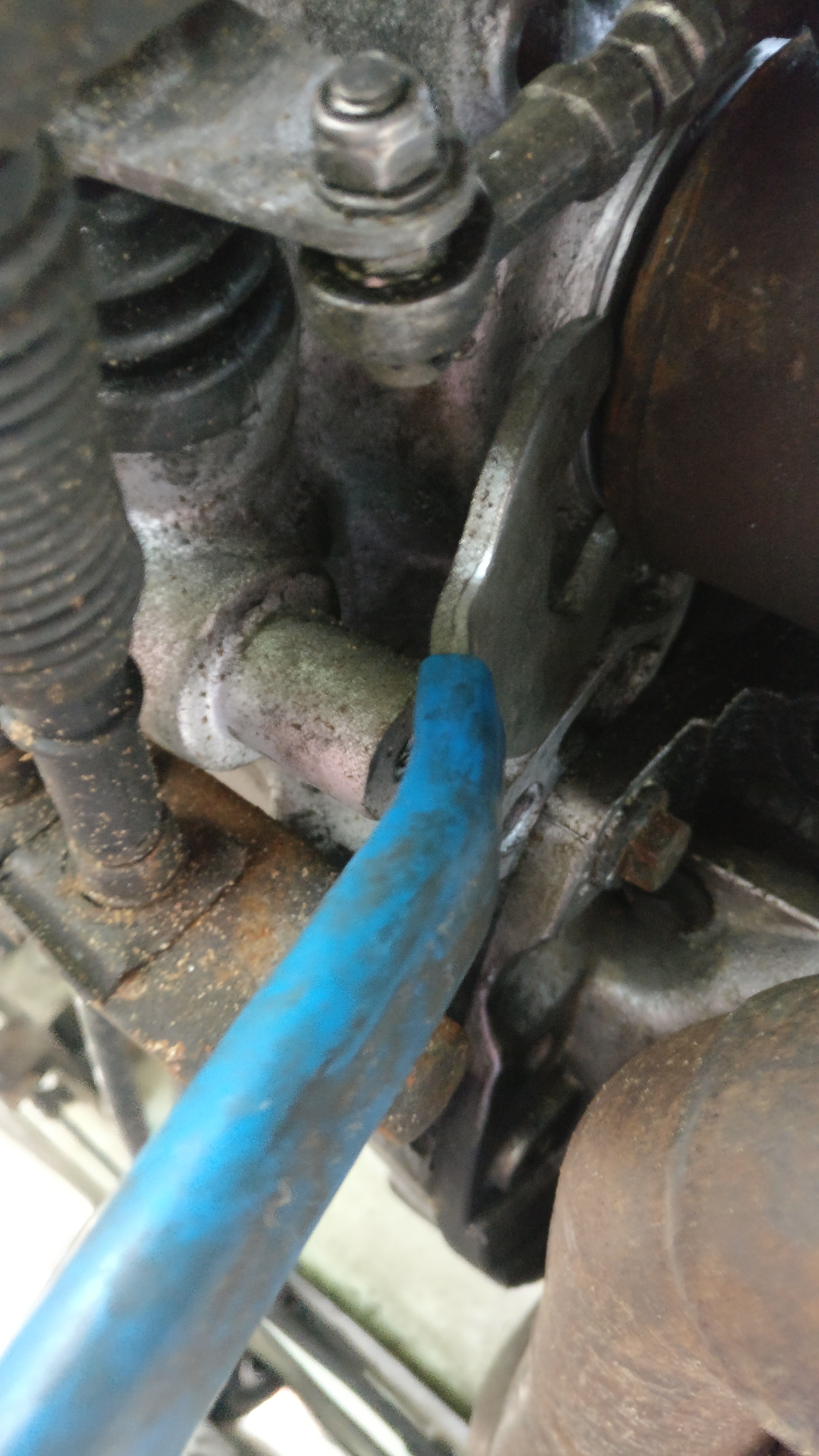 The spanner has the ends filed down to gently prise the driveshaft out the gearbox by tapping the end with the hammer, then it slid out nice and easy. 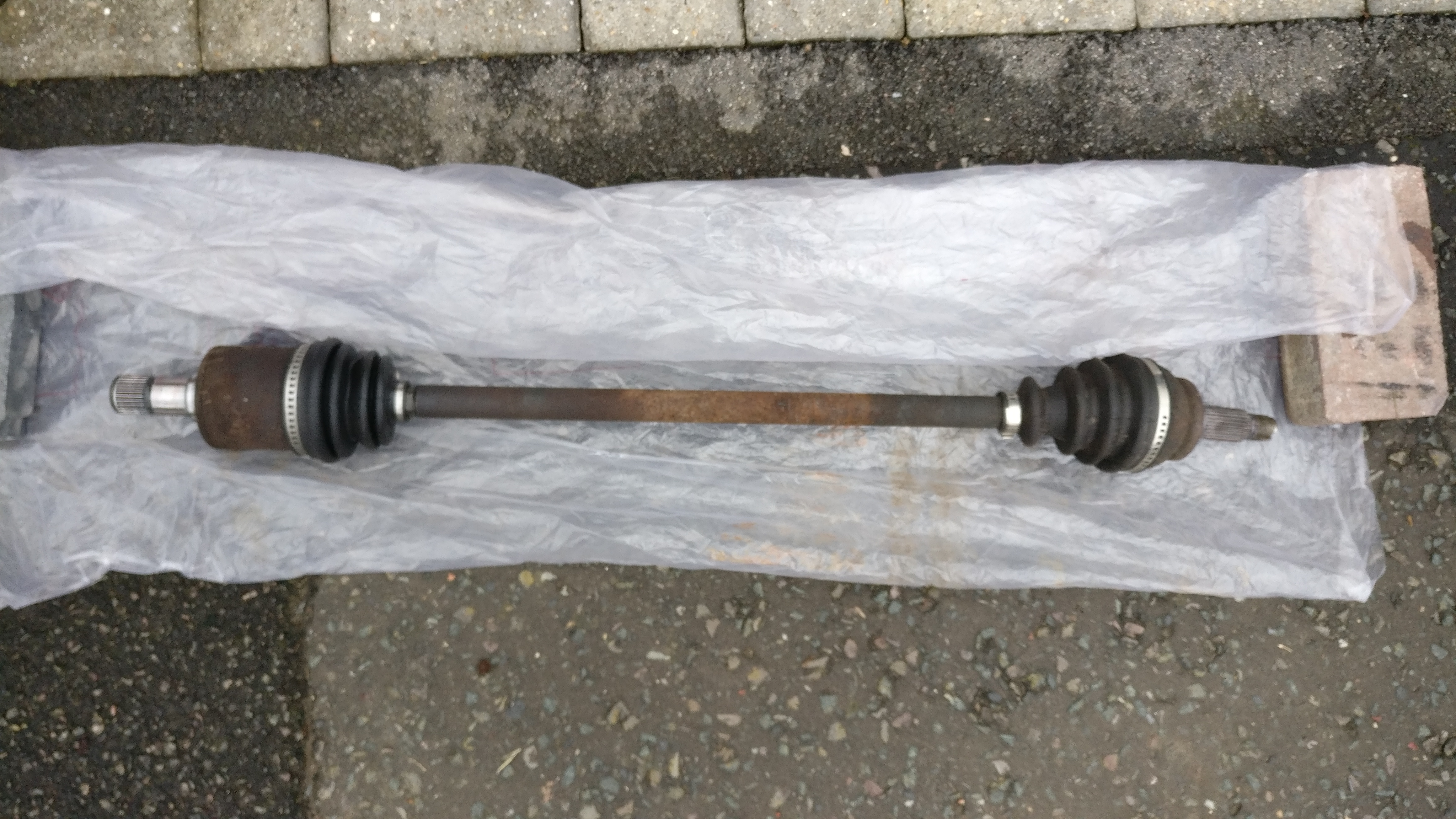 The offending driveshaft, definitely lots of play in the tripod and needed changing. I didn't have the time.or patience to open it up today and have a proper look, but I'm sure the Tripod is the issue. 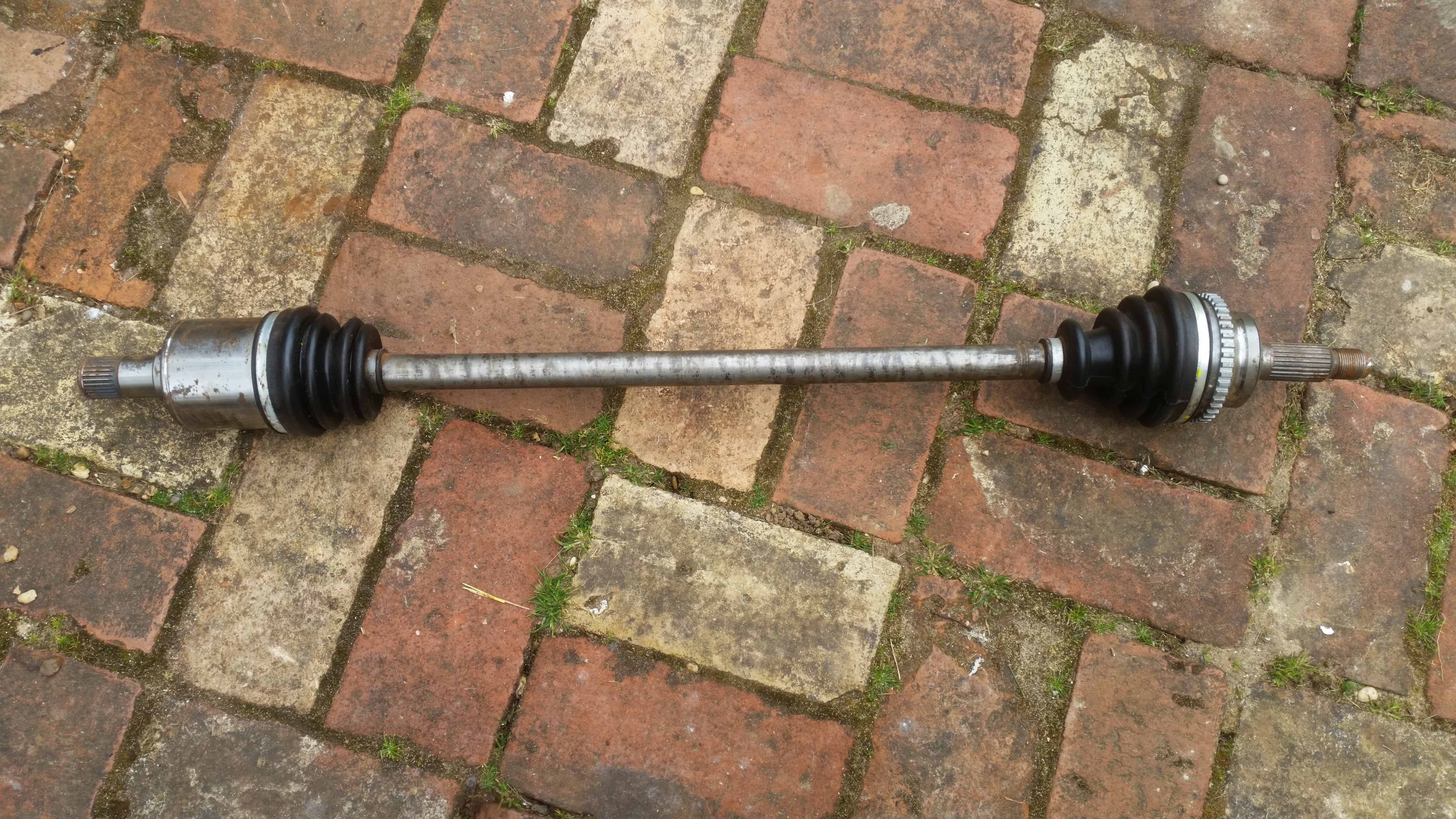 I sourced a new driveshaft from Junks, slight surface rust but brand new from Lotus, pre-greased and ready to go. 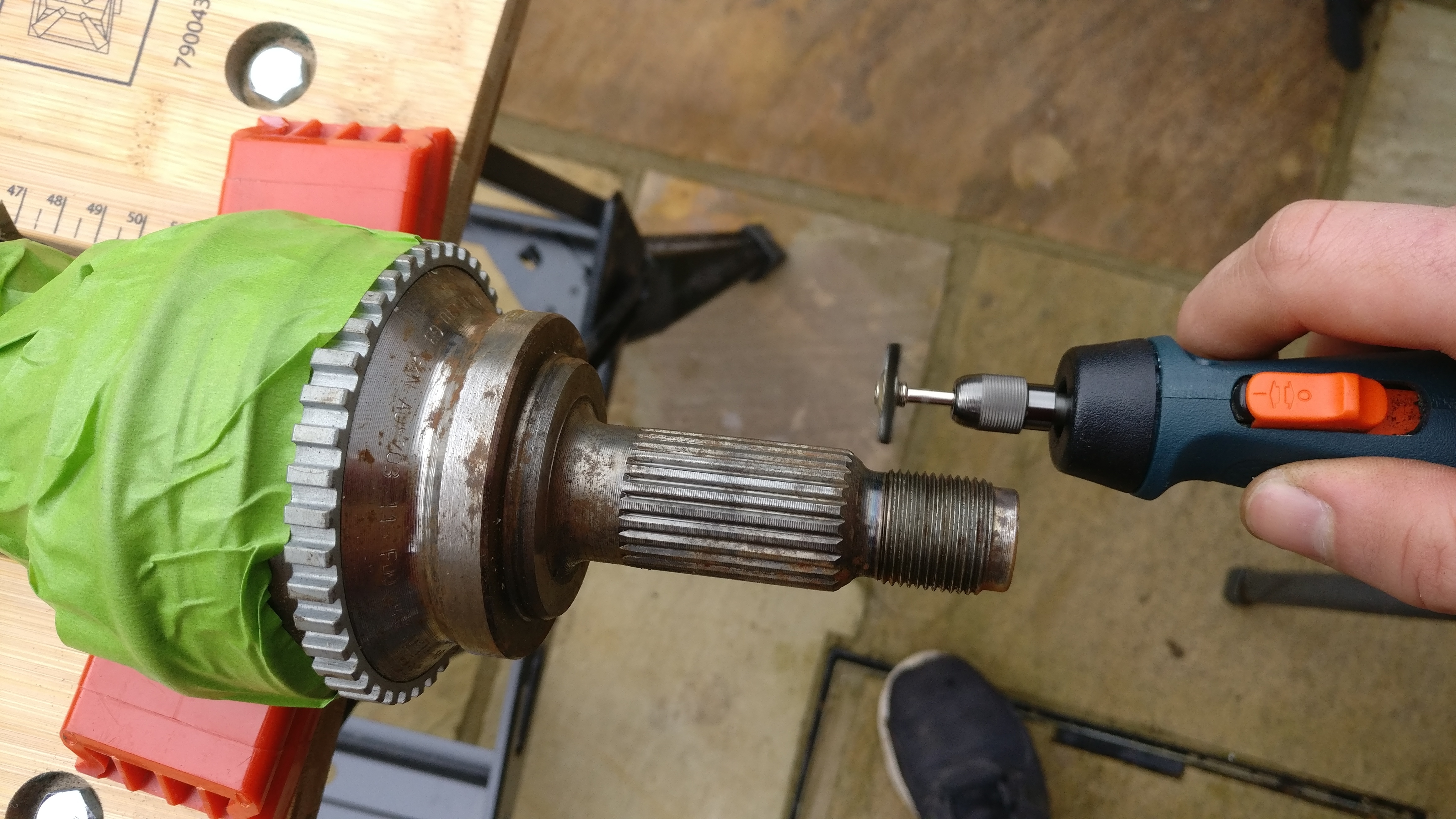 To clean it up and get rid of the slight surface rust I took the dremel and a wire disc and gently went over the driveshaft. 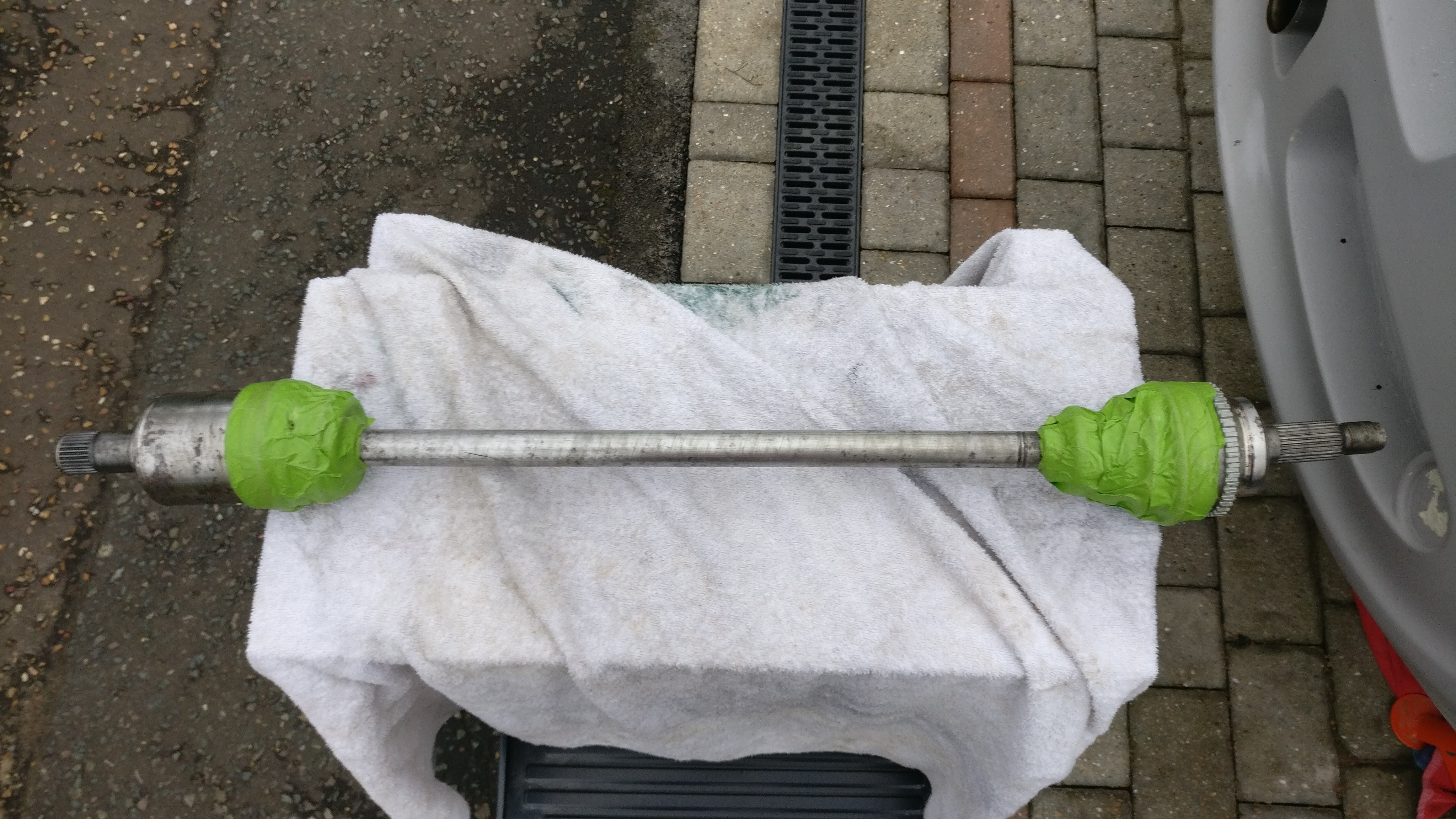 I roughly taped the gaiters to protect them from the wire disc and the paint. 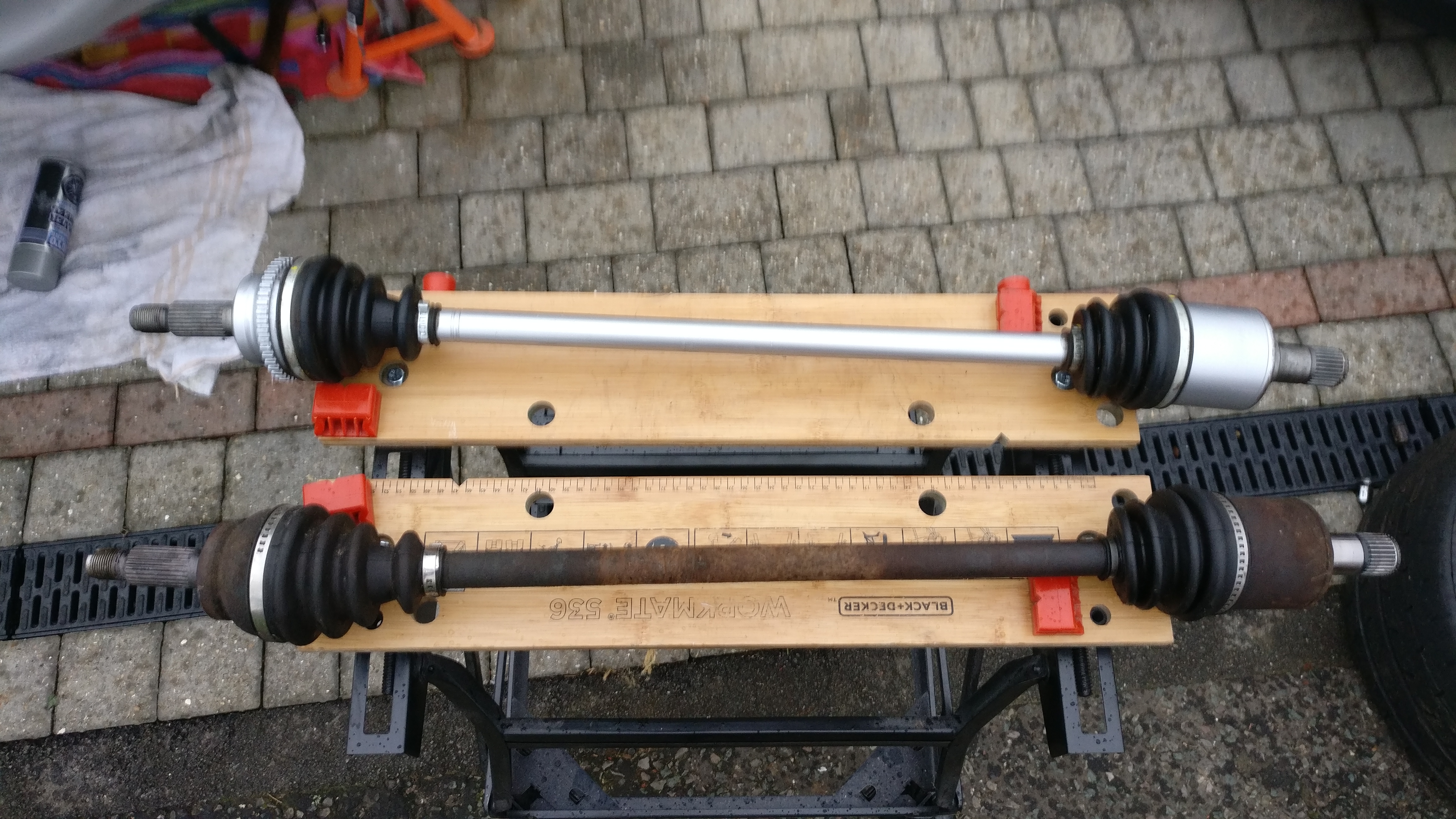 Comparison between old and new driveshafts. I would have preferred to have used black paint, I don't like mechanical things being too blingy, but all I had was some silver alloy wheel paint. A couple of coats and it should now be all fine for rust protection. It'll probably get covered in dirt soon and turn black anyway! 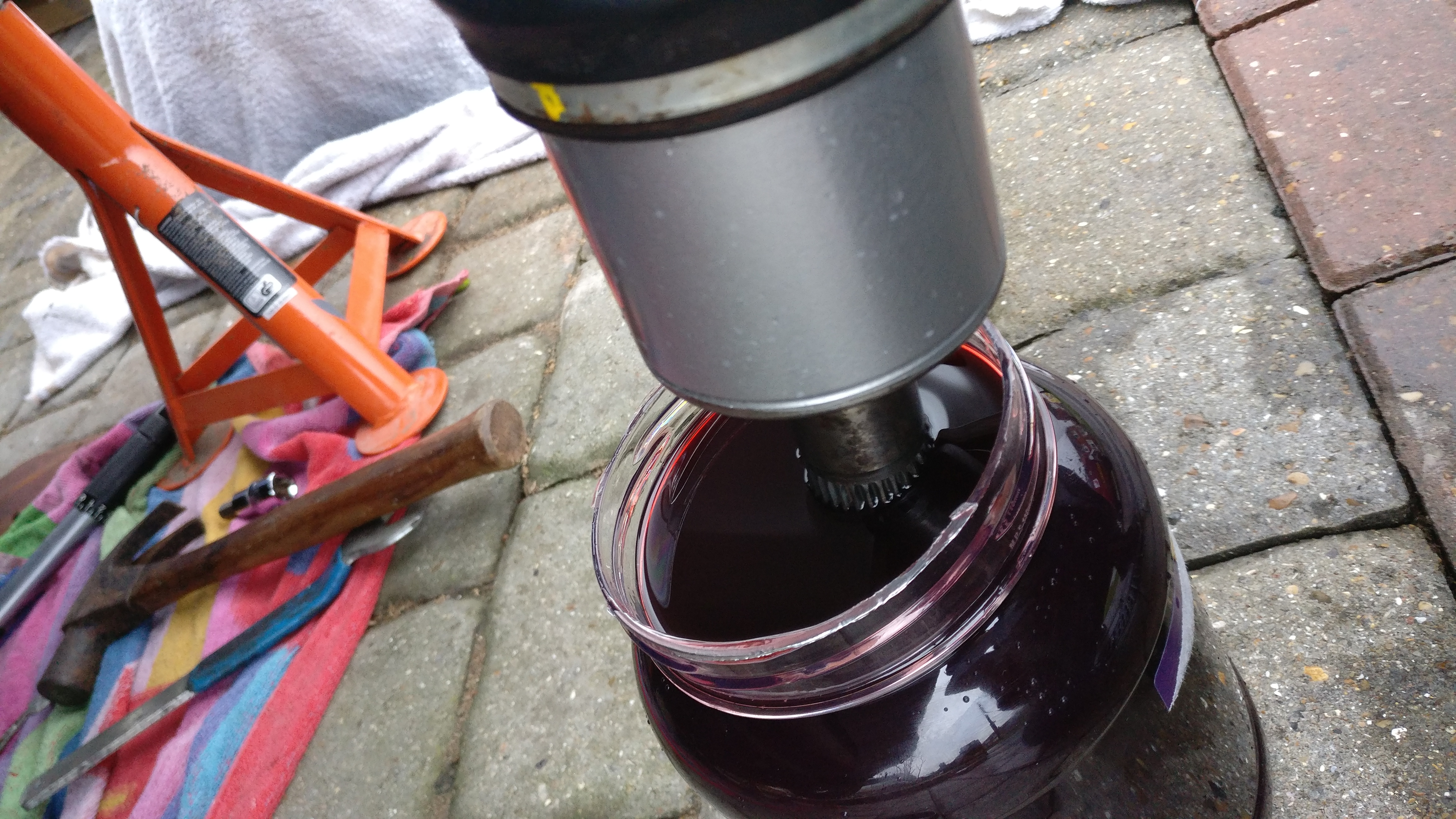 I had to judge when to put the driveshaft back in to miss the rain. When I had a dry spell I quickly dipped the tripod end of the new driveshaft into the gearbox oil to help lube it up. I let the excess drain off and put the top back on the pot. 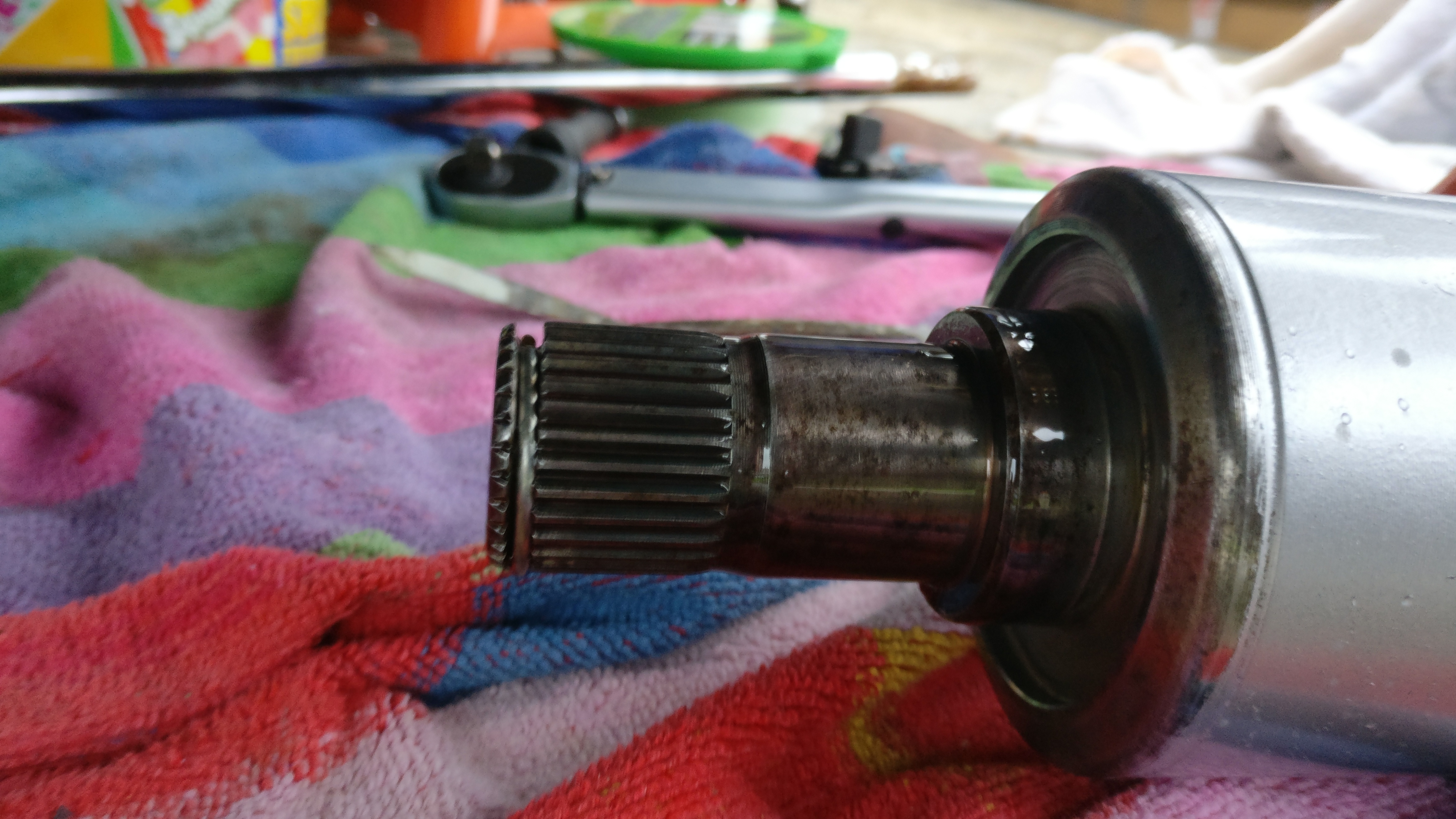 All lubed and ready to go back in. 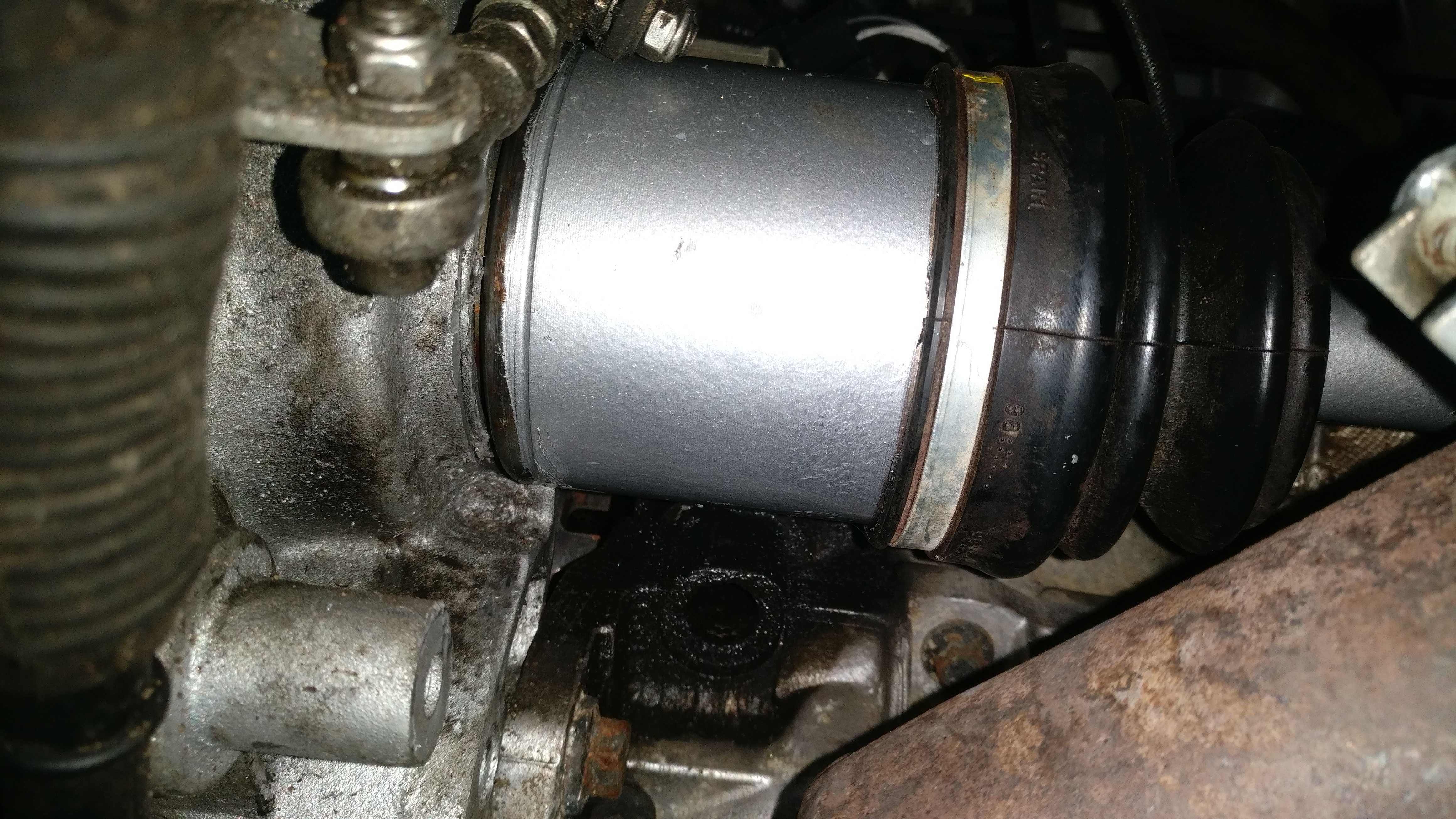 It slid in most the way, but there was about an inch left that wouldn't go in by just pushing, so I got the hammer and extension pole again and tapped the end of the shaft to get it the final distance. 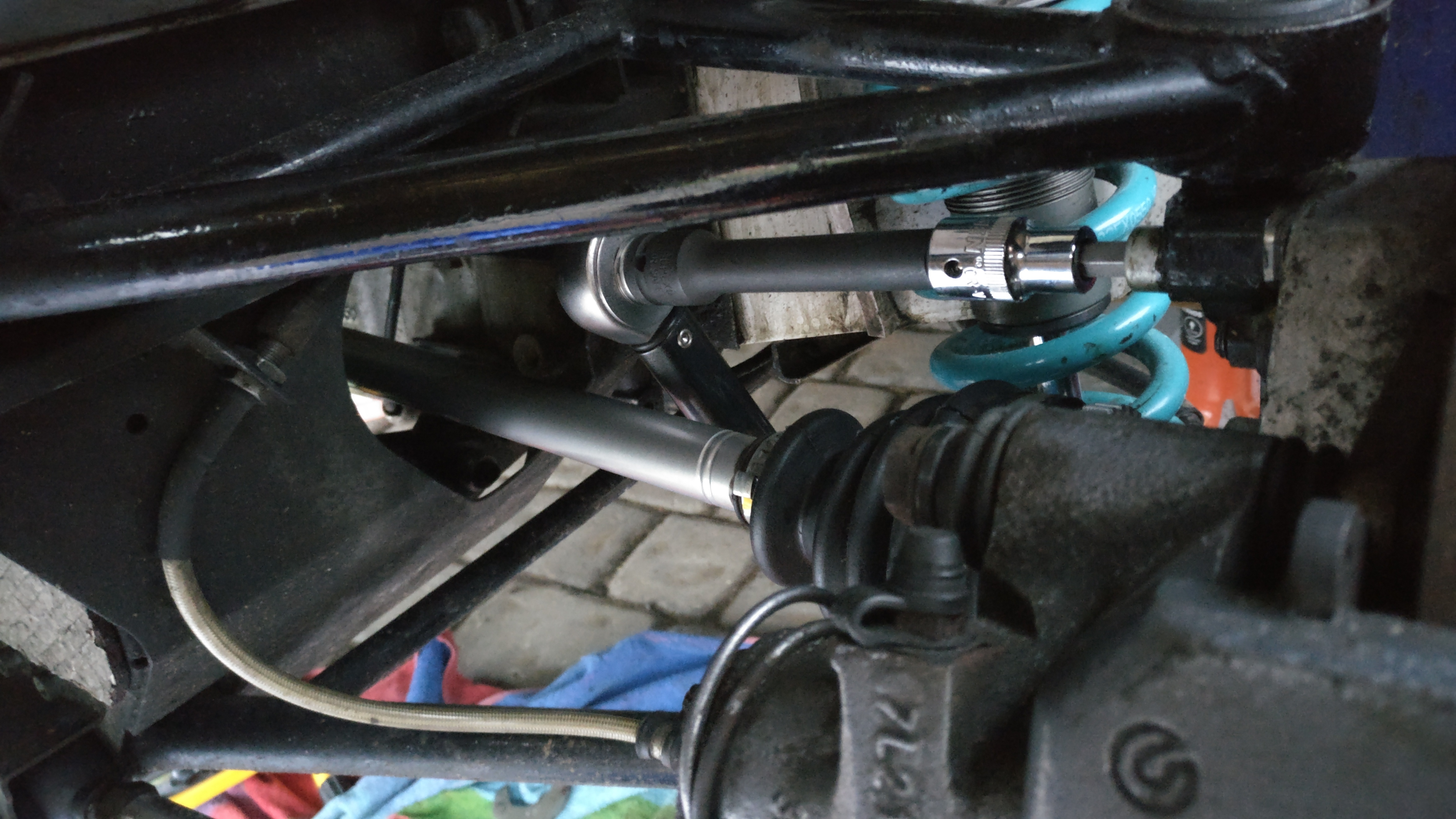 I put some grease onto the CV end and slid it into the flange nice and easily. I then put the hub to wishbone bolts back in and torqued them up to 45nm. 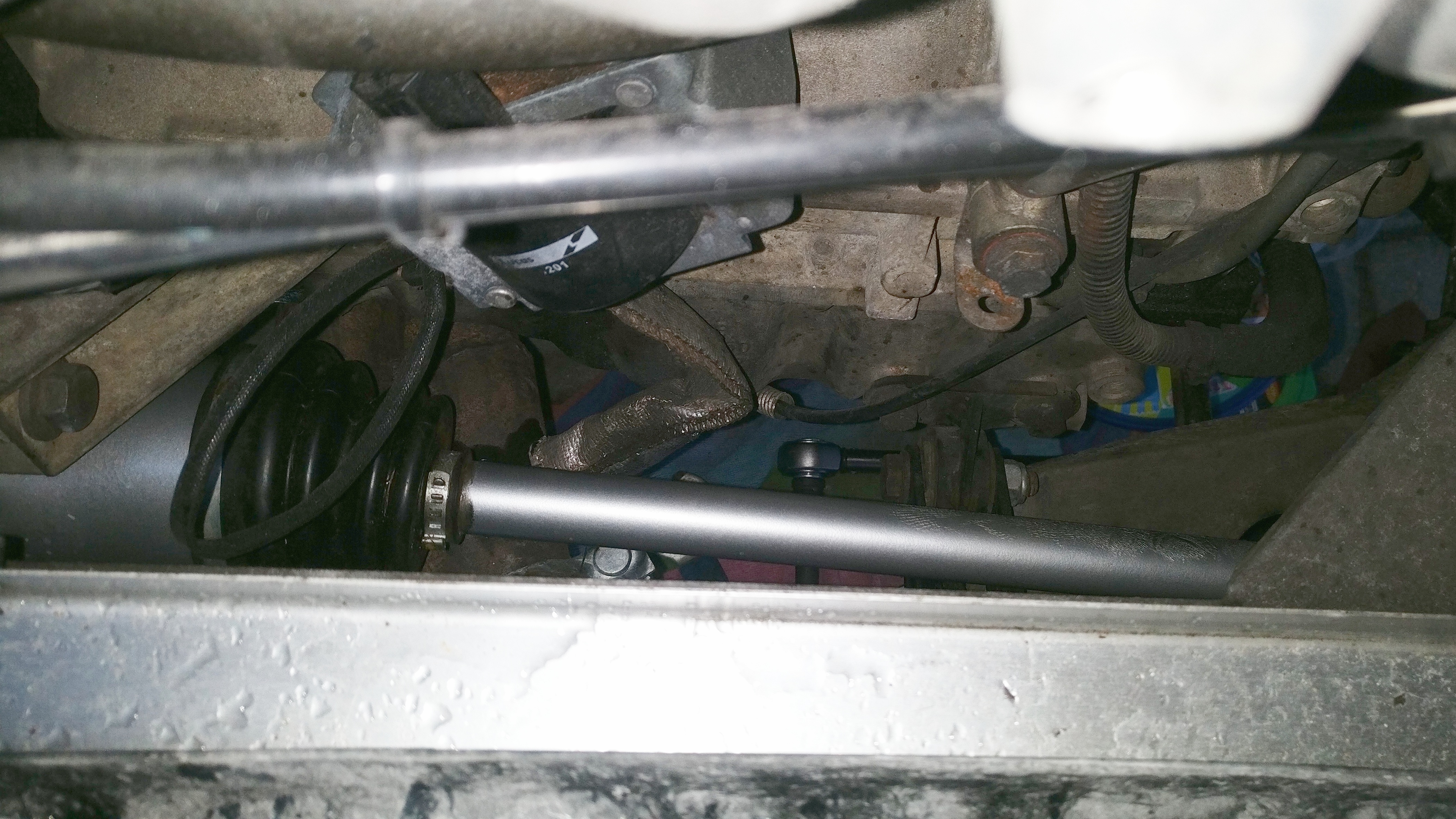 All back in situ ready to go, pleased to have got it done and another job I'm proud to complete. 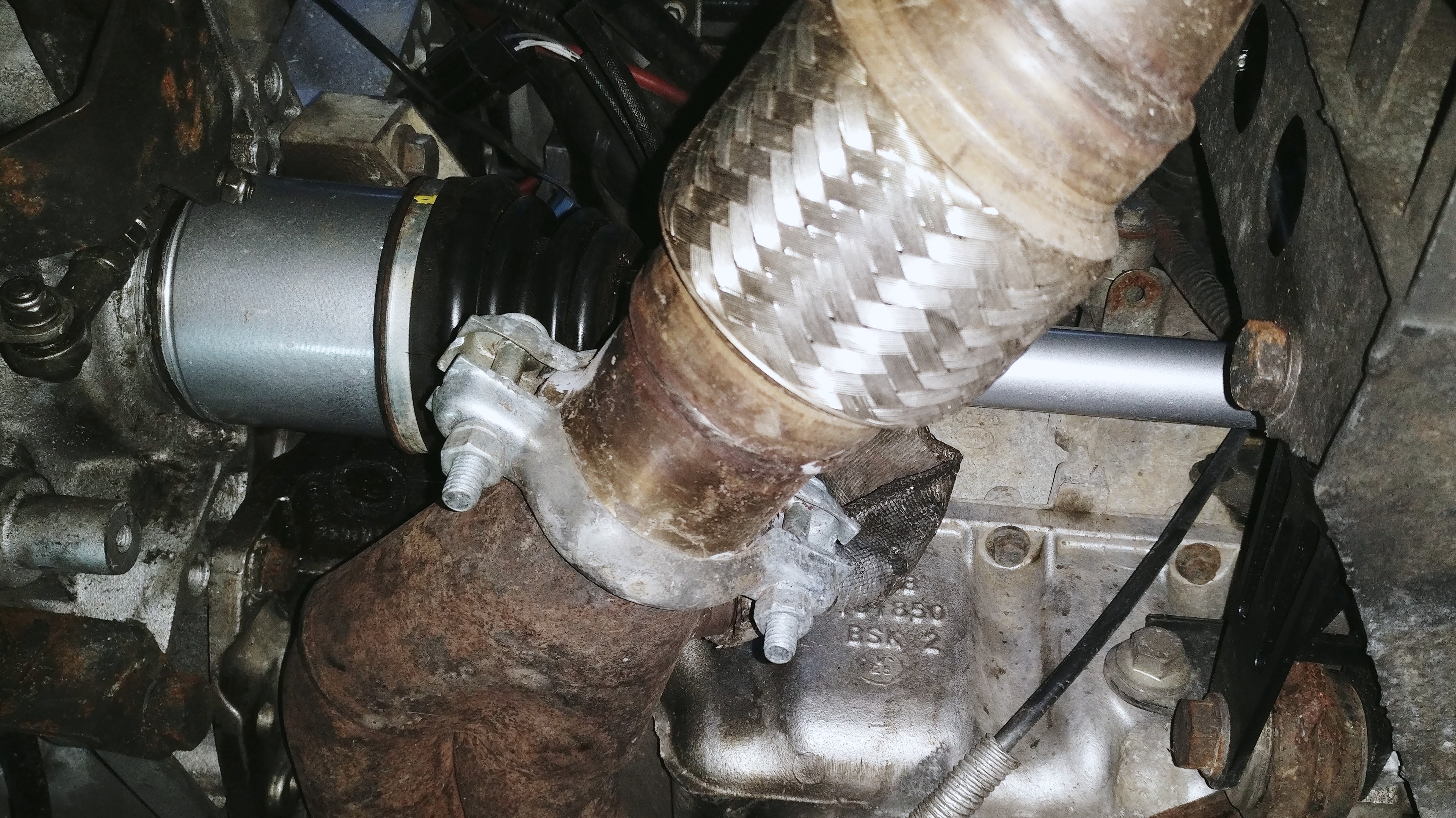 All that's left is to fill the gearbox back up but need the syringe to be delivered first.
Top

Nice job, but I agree with you that painting the drive shafts in black would look better: 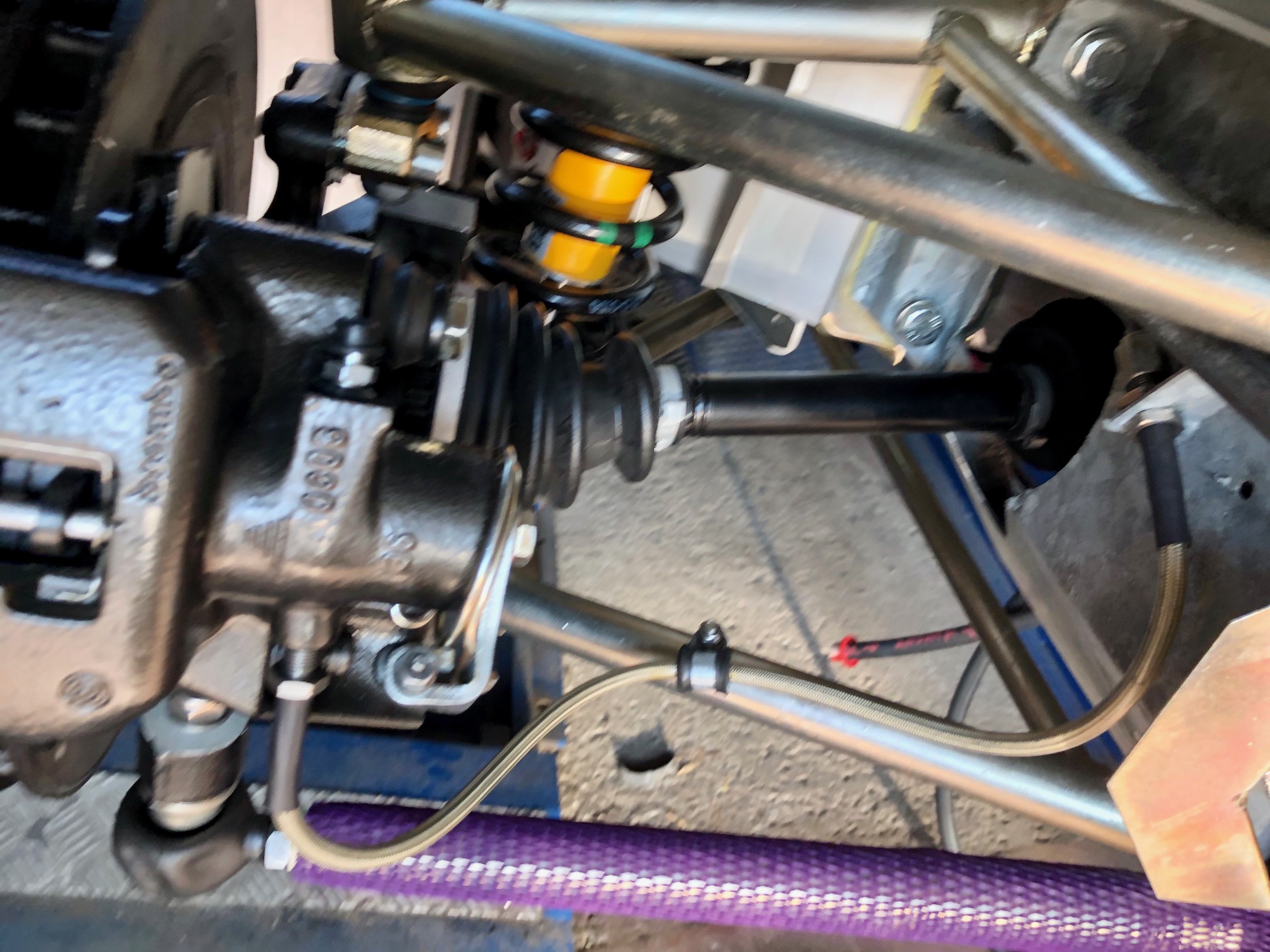 Yeah black would have been preferred, nevermind at least it is relatively tucked away out of sight. I have been tempted to do a wishbone refurb where I would change the colour of them to something a bit more jazzy, but they're all in good condition and nothing is worn so I'll put it off for now. Just want the car back on the road asap.
Top
Post Reply
194 posts