Hi all. Doing a Honda install in a 2001 S2. Having problems with the clutch pipe where it enters the engine bay, theirs a female socket crimped on the end of the braided pipe, does anybody know the size and thread pitch ( which is very fine ) so I can screw a male in to convert to a brake pipe fitting.
Many thanks.
Rex 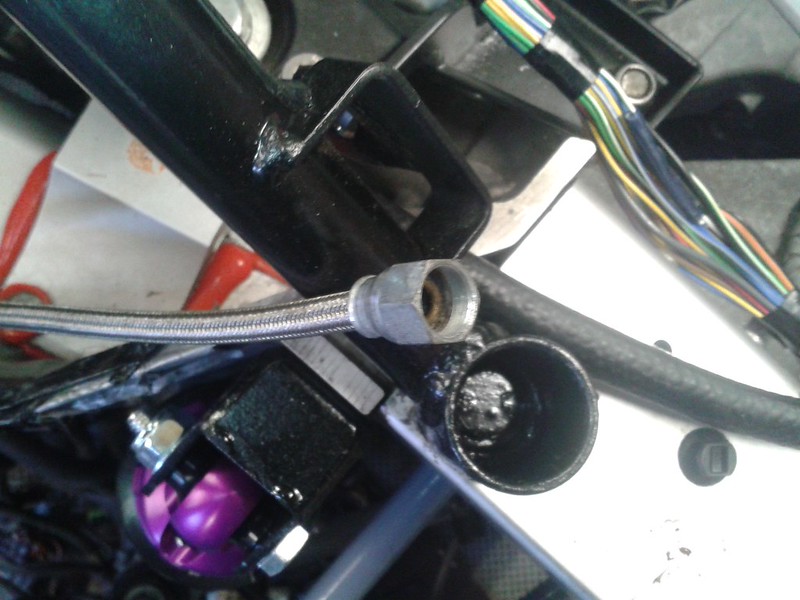 Most are M10-1.0
There is nothing "gay" about being a homosexual.
Andy Rooney

That looks more like a compression fitting that has had the other half removed for some reason, leaving the olive inside the fitting you have, rather than a crimped fitting. I'd be tempted to cut it off and replace the whole lot, rather than find the matching half, only for it to leak.

Thanks John correct on both accounts.
Top
Post Reply