Today was the second run out in the Exige since the MOT 2 weeks ago (first run was to check everything is running ok from 9 months being garaged).

My eldest son is nearly 18 and in the last 5yrs of owning the Exige, has only been for the odd, careful run out. Today he asked if he could come with me. The run I chose today is one i am very familiar with, lovely tarmac, shortish straights, bends of various degrees, inclines, open sections to hit various apex, cambers etc. It is my favourite run, one that really shows what a Lotus is made for, giving the driver and car a bit of a work out.

Once warmed up, i could open the taps a bit, my son turned to me and said "show me how you used to race". This was it, time to let my son see what the car can do. I told him to sit back in the seat and no talking..... 3000, 5000, 7000, 8000, next gear, supercharger screaming like a jet engine, pops from the exhaust like a shot gun. Gear changes up and down more times than a prostitute's knickers on a Saturday night. Bends flowing from apex to apex, undulations taken and smoothed over, this things going like a scalded cat,

15 minutes later we slow to 30pmh for a village, my son leans over to me and says "How does this car do THAT", "This car defies physics", "the noise it makes is the most addictive sensation I have ever experienced"

We pulled over to let the car (and me) cool down before the next leg of the run and he took a few snaps. 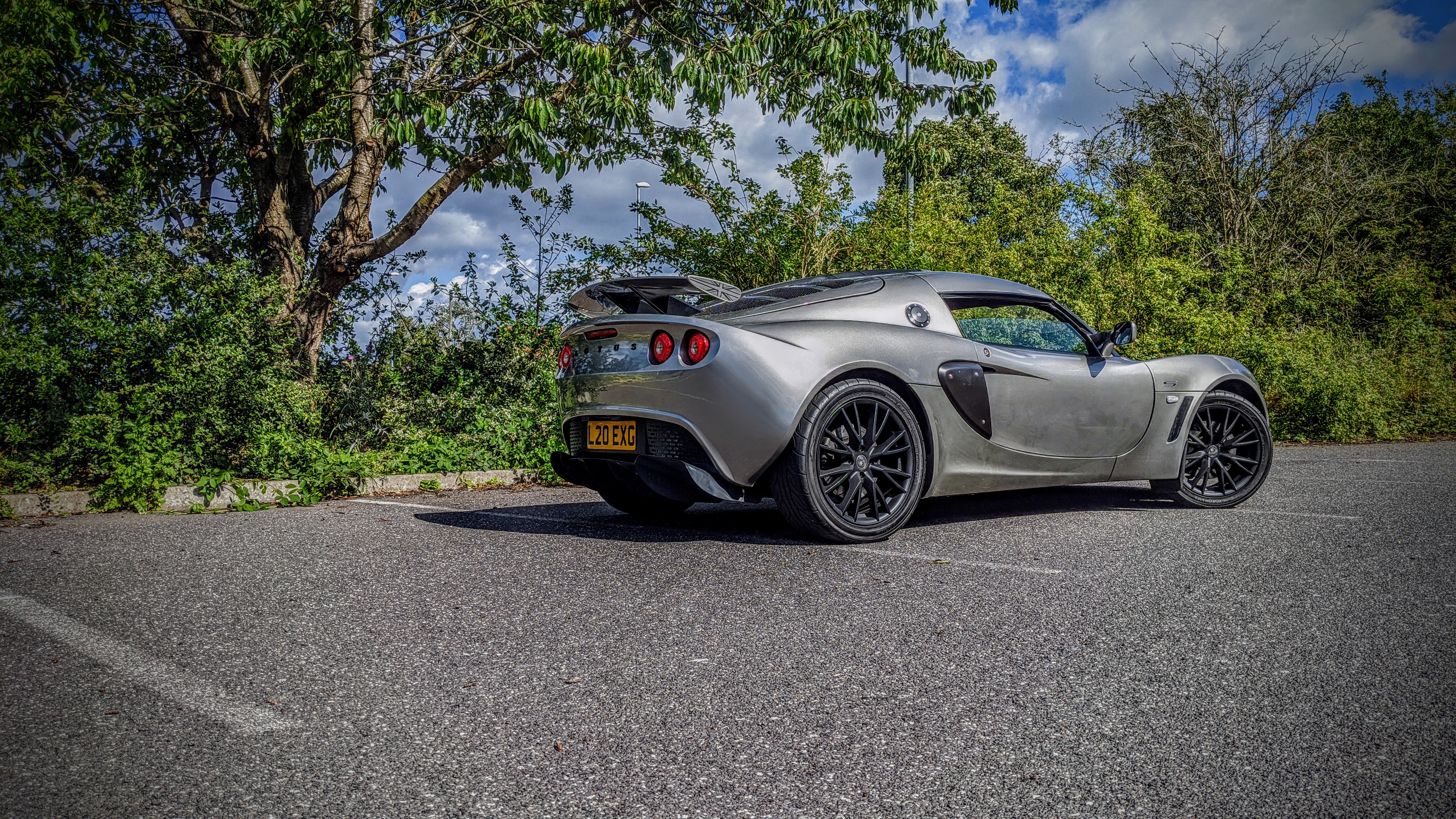 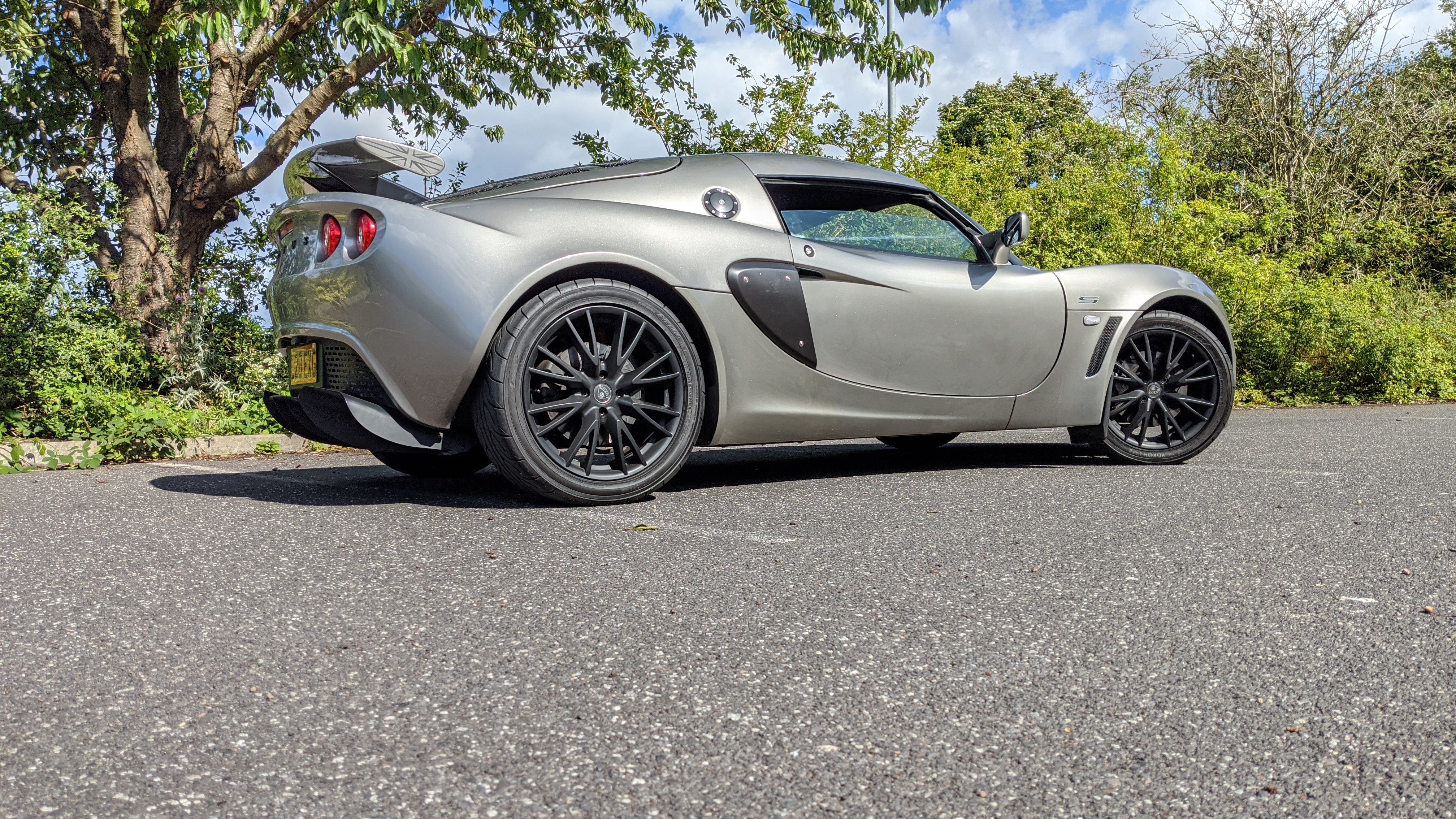 ...and if he doesn't turn into a complete petrolhead there's a problem there somewhere!

Love it..... my son is 17 and will come out with me whenever I take the Exige out.... we have done a few runs and he loves it more each time... I showed him a few weeks ago how good the exige brakes are.. he said he would struggle to understand how anything could stop faster....

If you have the chance, when its open again... do a 'V6 day' at the factory. Its £100 and you can take a guest. I got to drive an Evora 410 and and Exige 410 on the Hethel track with guys from the driving school, and you get some good tuition and hot laps. My son also got some hot laps in both cars - smile on his face for days......